BRITAIN's Got Talent judge Amanda Holden was left crying with laughter after an éclair was shoved up her bum by Keith Lemon.

The star screamed during the hilarious Celebrity Juice game which saw her slide down a banister backwards while blindfolded. 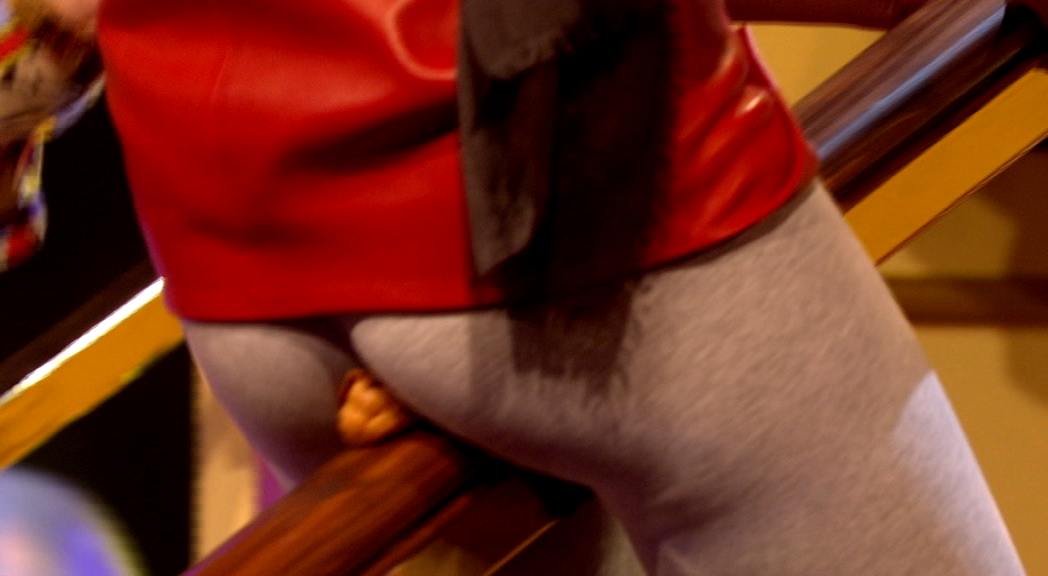 Keith had strapped the chocolate dessert onto the railing ready for Amanda to back on to.

She then had to guess what food she had inserted up her bottom.

Amanda said: "I'm smelling like a blue cheese or a camembert."

The crowd roared with laughter at her mistake, as quick-witted comedian Jimmy Carr joked: "I think you may have a yeast infection." 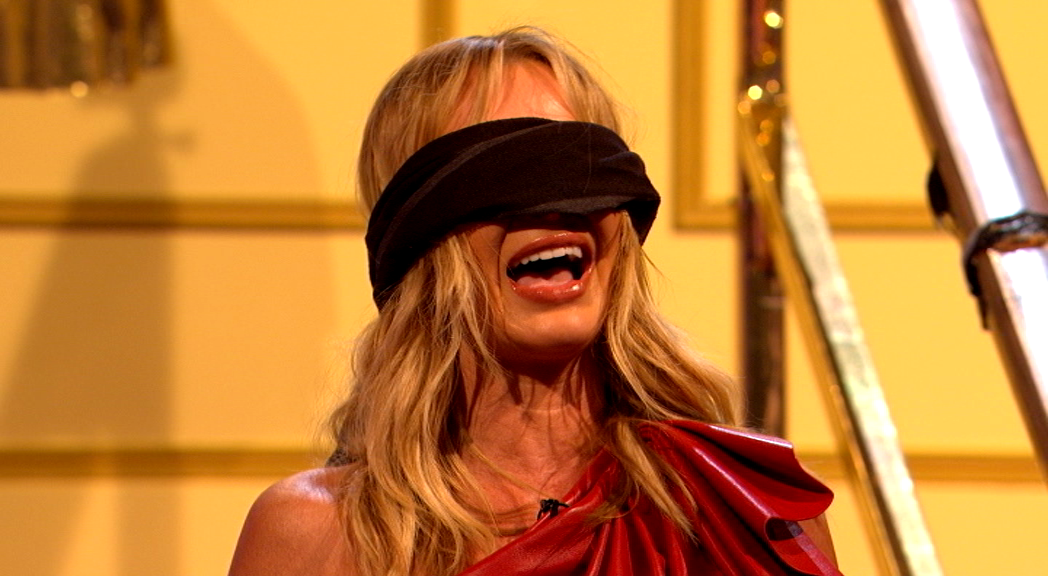 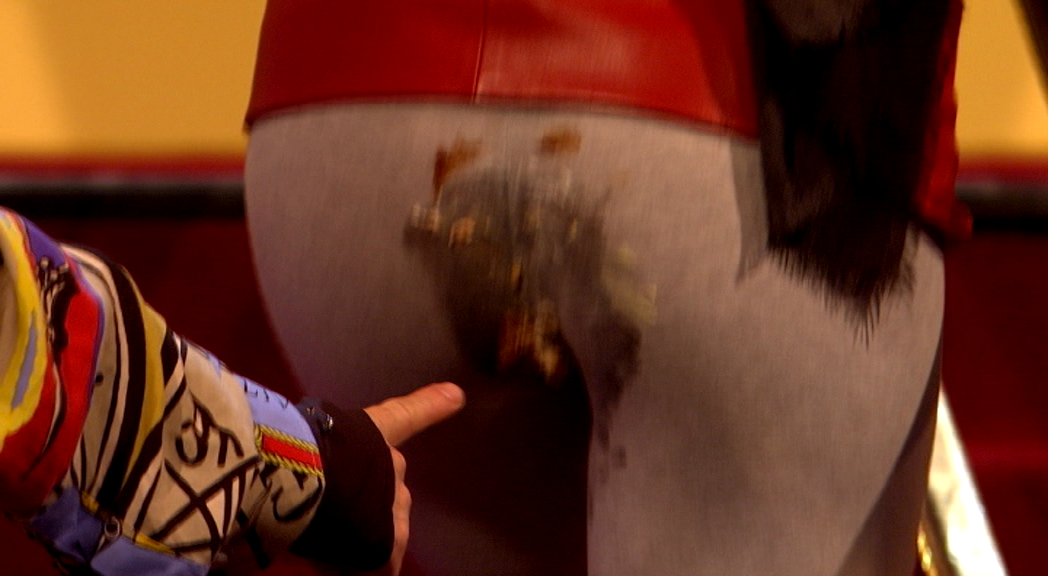 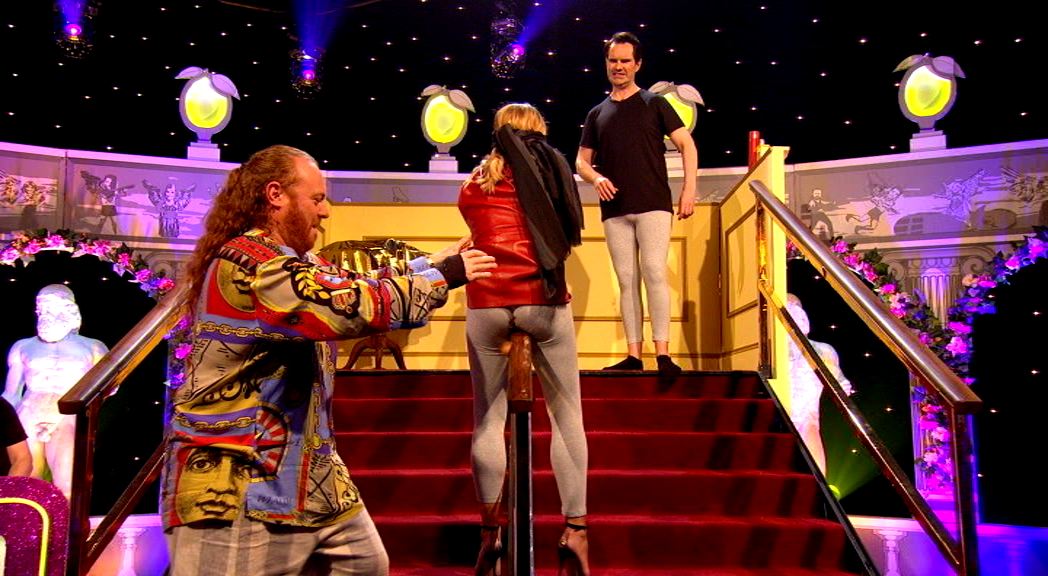 Amanda threw her head back laughing before taking another guess.

She said: "A stinky Bishop's finger?"

Keith reached over to pick up a bit of the squashed éclair and removed Amanda's blindfold so she could see.

"It was a chocolate éclair," he told her. 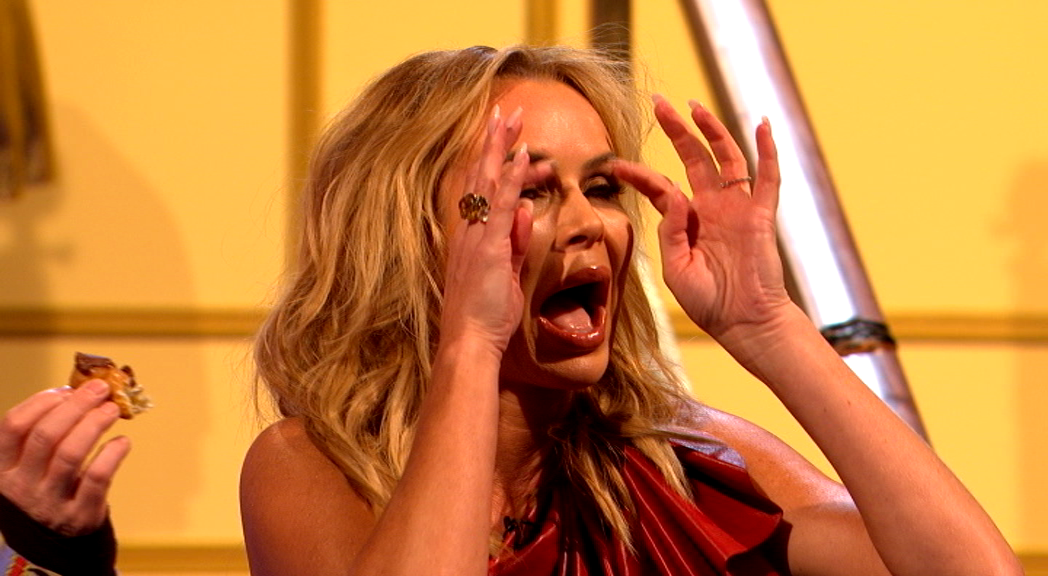 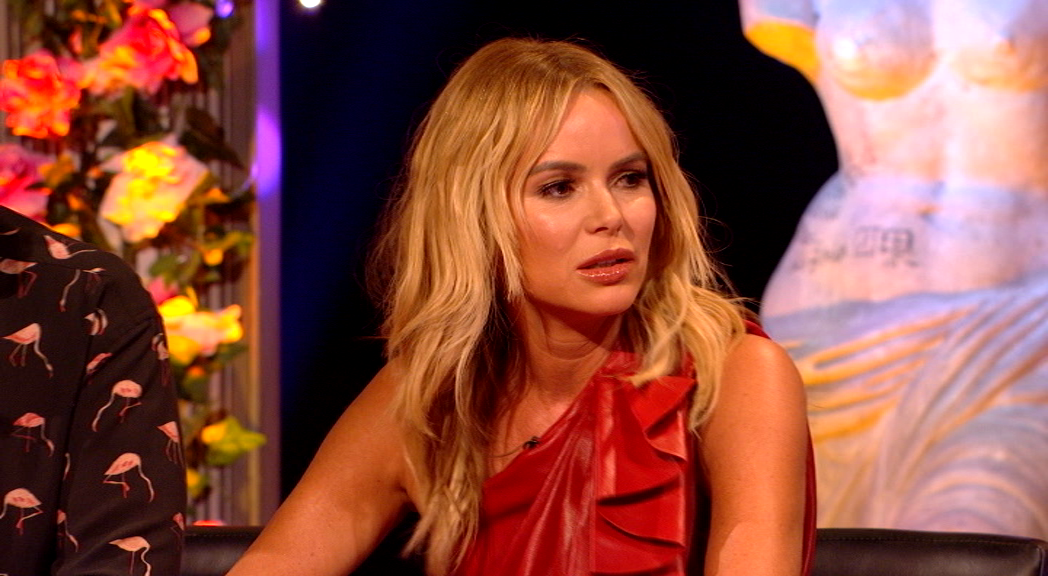 The amusing clip was a teaser from tonight's Celebrity Juice.

During the show she was also forced to play a game of Snog Marry Avoid.