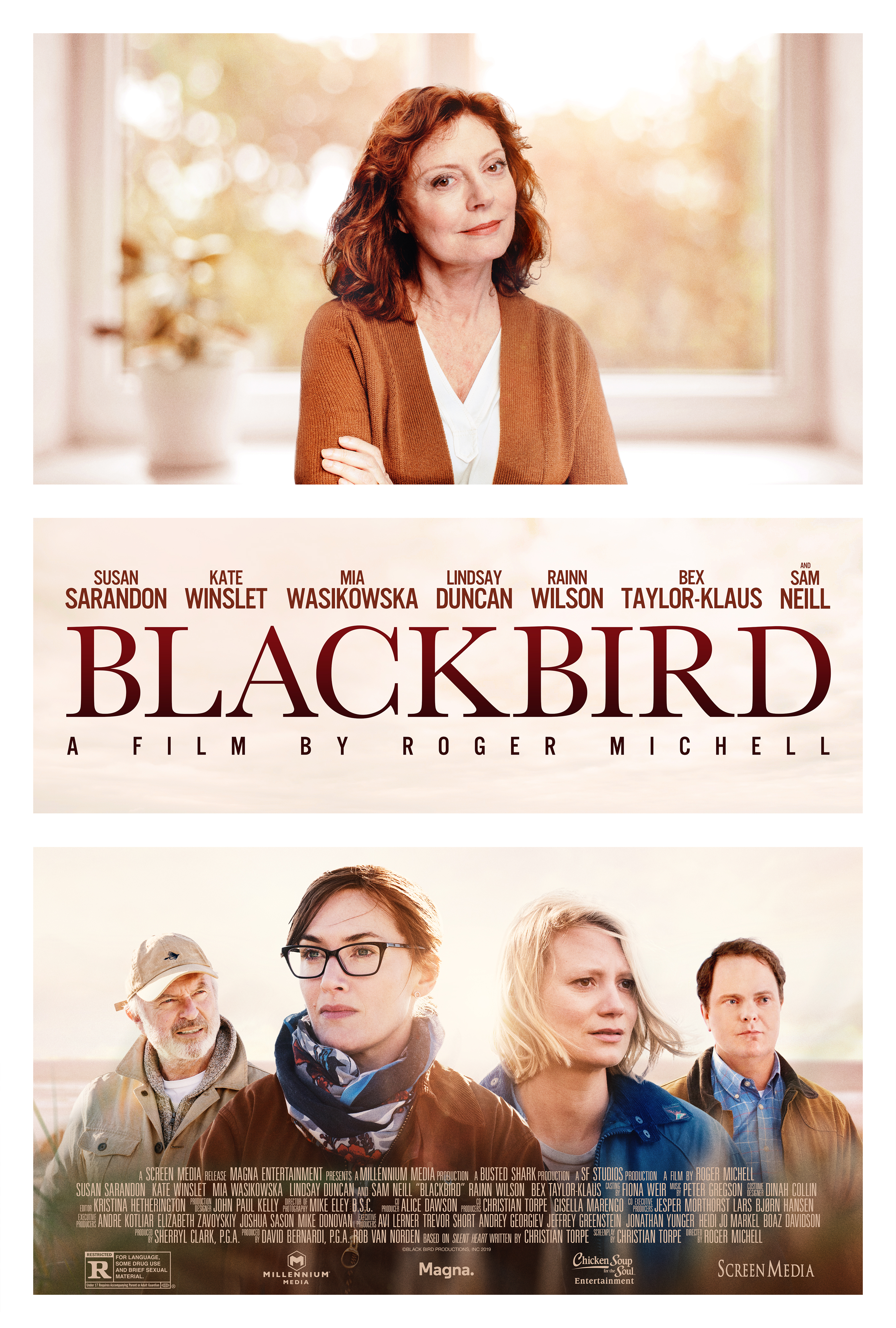 Known for My Cousin Rachel and Notting Hill, Michell directs a script by Christian Torpe, who wrote the 2014 Danish film, Silent Heart on which the family drama is based. In it, Sarandon plays Lily who, along with  Paul (Sam Neil) invite their loved ones to their beach house for one final gathering after Lily decides to end her long battle with ALS on her own terms. The weekend starts as a loving weekend with holiday tradition but as things unfold, unresolved issues between Lily and her daughters Jennifer (Kate Winslet) and Anna (Mia Wasikowska) come into the forefront. Rainn Wilson, Lindsay Duncan, Bex Taylor-Klaus and Anson Boon join the all-star roster in this ensemble drama.

The film made its world premiere last year at the Toronto International Film Festival. Pete Hammond mentions in his review: “Blackbird is about someone trying to keep her dignity intact with a personal choice, controversial to some, that ultimately is hers to face alone. The film surrounding that choice keeps its own dignity intact in a tricky balancing act that is nothing less than beautiful itself.”

Watch the trailer below. 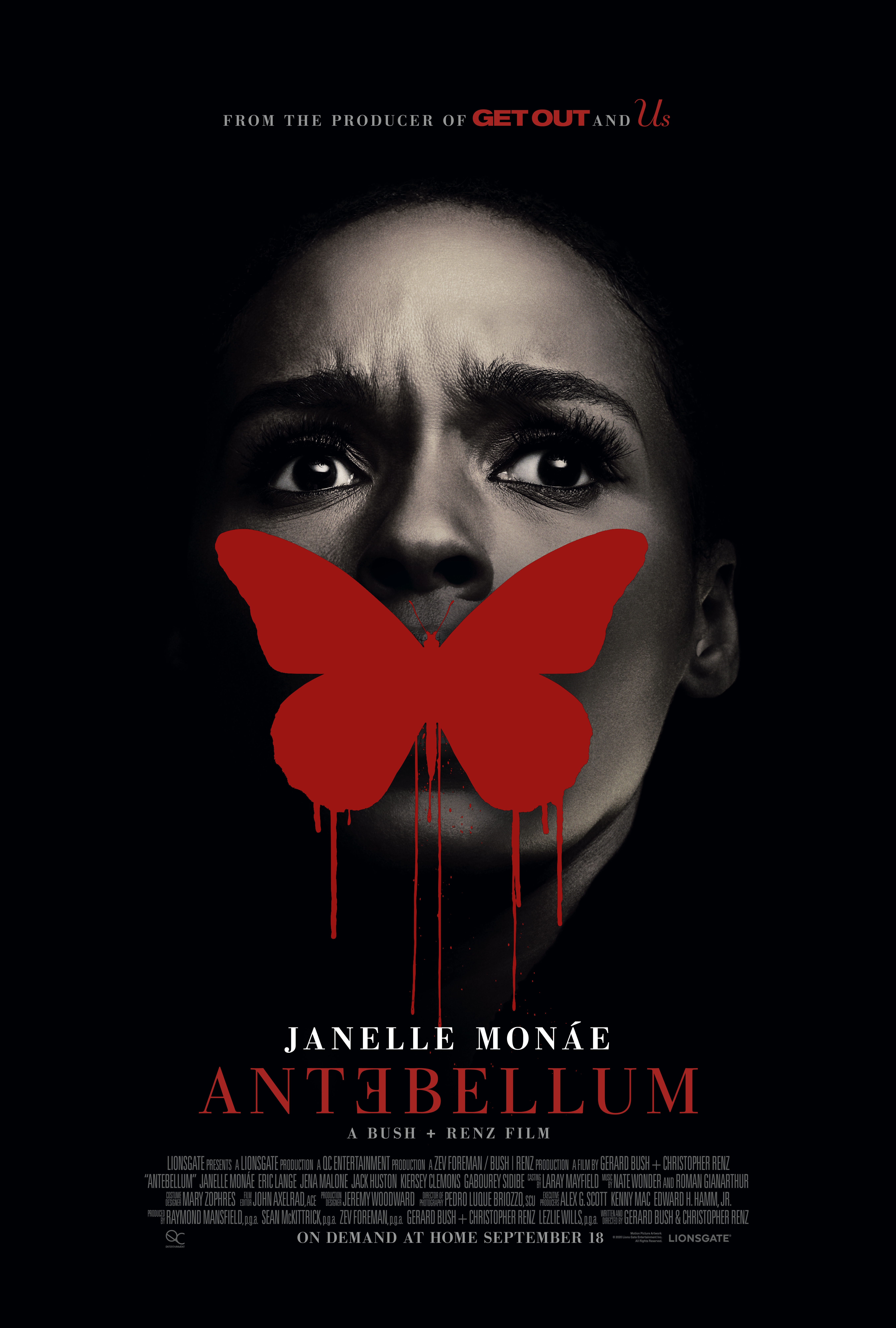 Since Gerard Bush & Christopher Renz’s thriller Antebellum starring Janelle Monáe was announced, it has been cloaked in secrecy in terms of its story. In fact, not much can be gathered from the official synopsis: “Successful author Veronica Henley (Monáe) finds herself trapped in a horrifying reality that forces her to confront the past, present and future – before it’s too late.”

Based on the trailer, images and early reviews, plot points have been hinted at and it is definitely giving off some Get Out energy as it presents nuances of social issues that have impacted culture in the past as much as they do now.

Antebellum was originally set to debut in theaters April 24 but then COVID happened and it had to pivot — which has been the same story for nearly every movie that set release dates in the past six months. The film then shifted to an August 21 theatrical release before Lionsgate announced in August that it would be released PVOD on September 18. 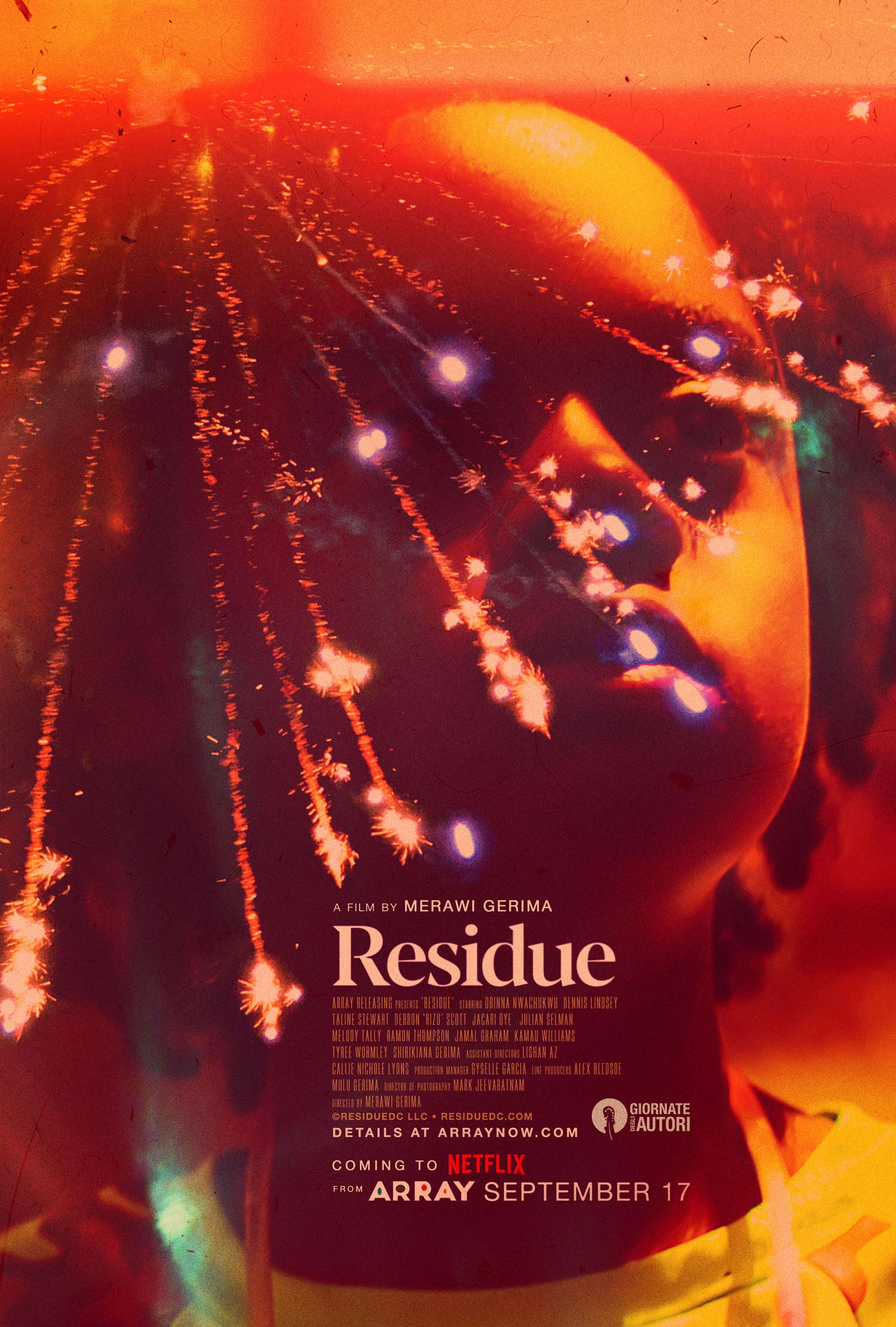 Written, directed and produced by Merawi Gerima, who is the son of the iconic Ethiopian filmmaker Haile Gerima, the timely drama Residue hits Netflix this weekend to give a poetic spotlight on issues of Black identity and gentrification.

The film follows aspiring filmmaker Jay (Obinna Nwachukwu) who returns to his neighborhood in Washington, D.C. — but it looks different. It is gentrified beyond recognition. Dealing with alienation from his friends, troubled by the disappearance of a loved one and unsure of his place in this new community.

The film is timely as it reflects on universal issues that impact society as a whole — but through the perspective of a Black man. The film’s exploration of the impact of gentrification, underemployment and Black male identity in Washington D.C. stirs up and shines a light on the systemic racism plaguing Black communities nationwide 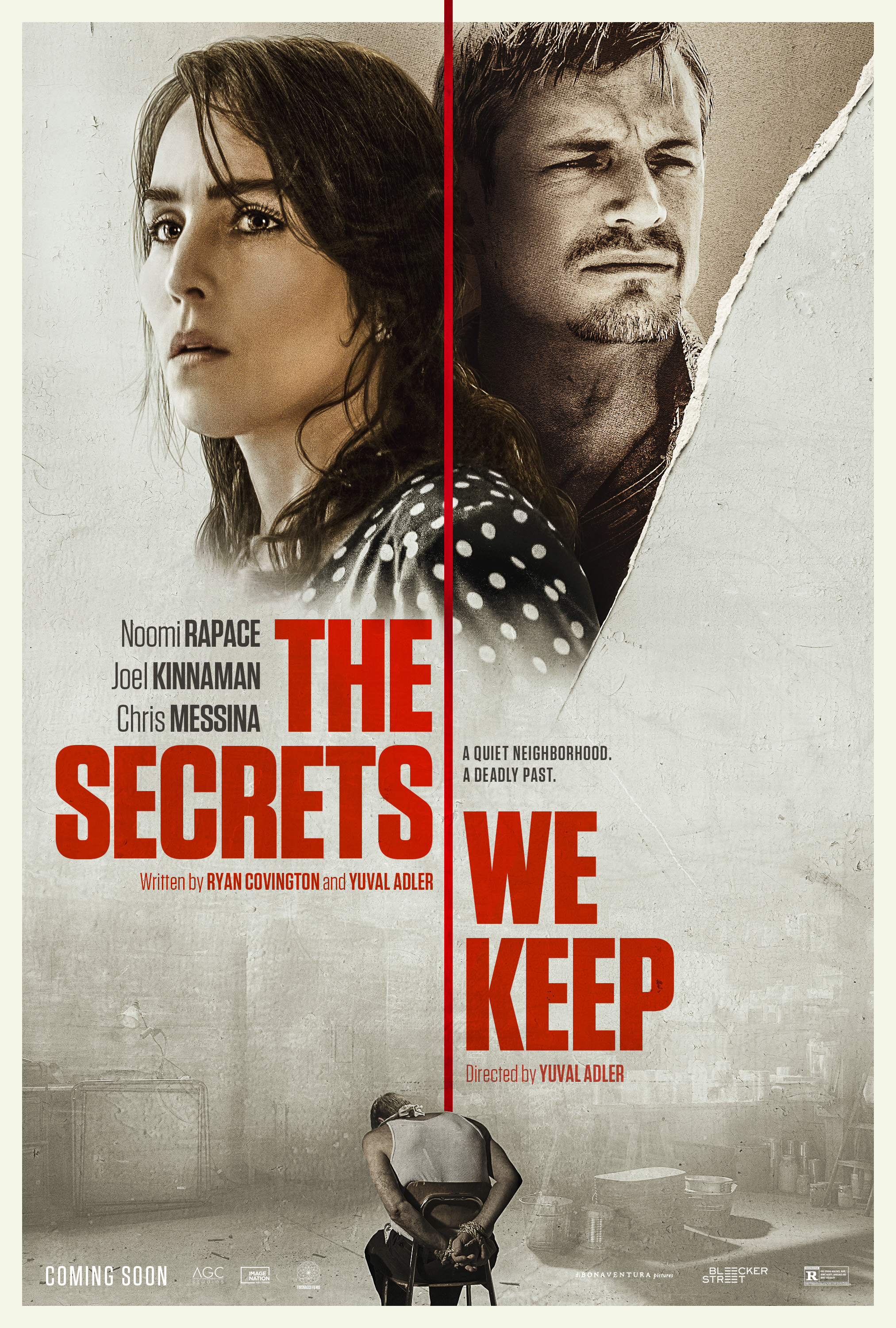 Now in theaters and headed to VOD October 16, Bleecker Street’s revenge thriller The Secrets We Keep takes us to post-World War II America where a woman (Noomi Rapace) is settling into her rebuilding her life with her husband (Chris Messina) — but then she sees a man (Joel Kinnaman) who she believes committed war crimes against her and killed her sister and many others while they were prisoners in a Nazi concentration camp during the war. She manages to kidnap him and keeps him in her basement, holding him prisoner.

Yuval Adler directs the film from a script he co-wrote with Ryan Covington. In his review, Hammond points out, based on its premise, that The Secrets We Keep could easily be dubbed as an exploitative piece of cinema. He said the movie is “not at the expense of some deadly serious subject matter” and that it is “an interesting take on the part revenge and violence plays in trying to escape from our pasts.”

He adds, “The Secrets We Keep examines the moral consequences and choices we make in how we conduct our lives, both past, present, and hopefully into the future.” 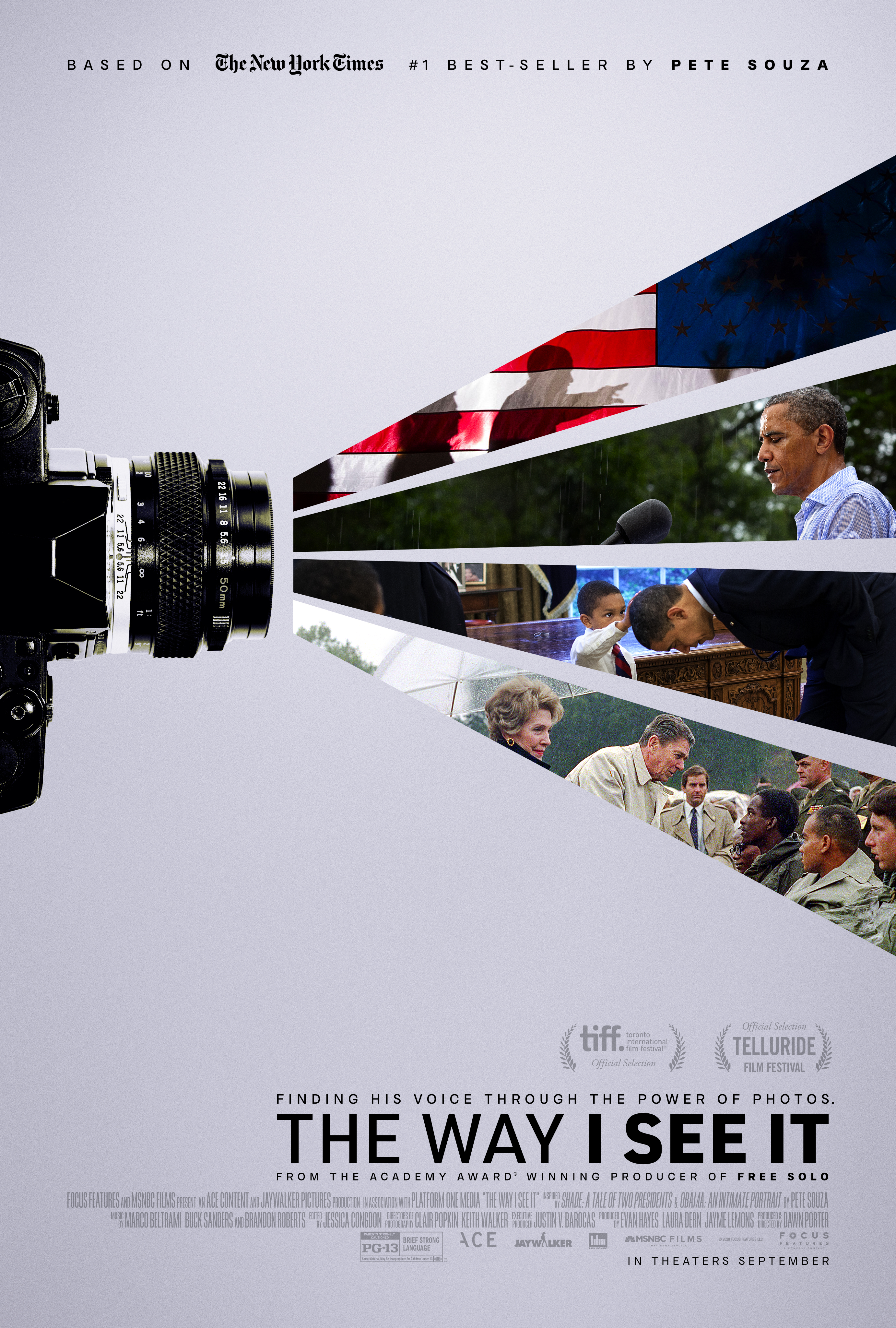 If you don’t know who Pete Souza is, then you will after watching Dawn Porter’s docu The Way I See It. The feature gives an unprecedented look behind the scenes of two of the most iconic Presidents in American History, Barack Obama and Ronald Reagan — through the lens of the renowned photographer. The docu opens theaters today and will debut on MSNBC on October 9.

Souza was an official White House photographer. You can follow him on Instagram to see some of his amazing work — or read his best-selling books: Obama: An Intimate Portrait and Shade: A Tale of Two Presidents on which the docu is based. During his tenure as a White House photographer, Souza was an eyewitness to the unique and tremendous responsibilities of being the most powerful person on Earth. With The Way I See It, Porter reveals how Souza transforms from a respected photojournalist to a searing commentator on the issues we face as a country and a people.

The documentary comes shortly after the release Porter’s critically acclaimed docu, John Lewis: Good Trouble, which chronicles the late, great civil rights icon John Lewis. It is clear she has a talent for telling stories of prominent figures who are changing our perception of the world. 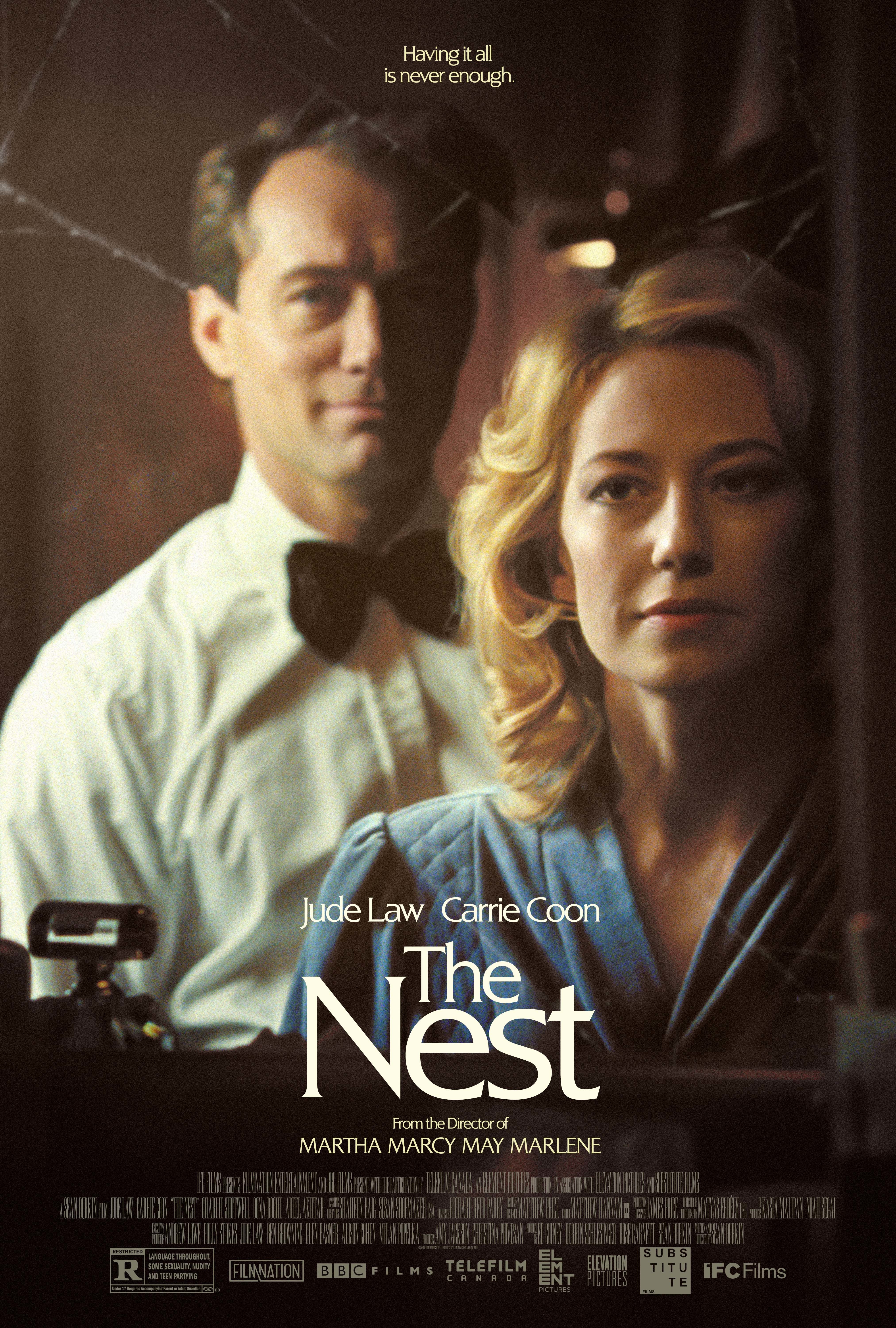 Filmmaker Sean Durkin (Martha Marcy May Marlene) takes us into The Nest which follows commodities broker-turned-entrepreneur Rory (Jude Law) who persuades his American wife, Allison (Carrie Coon) and family to uproot from suburban America and return to his native England during the 1980s. While there, he rejoins his former firm and leases a centuries-old country manor, with grounds for Allison’s horses and plans to build a stable. Soon the promise of a lucrative new beginning starts to unravel, the couple have to face the unwelcome truths lying beneath the surface of their marriage. The film also stars Charlie Shotwell and Oona Roche.

The Nest debuted at Sundance in January and marks Durkin’s second feature film. IFC Films releases the film today and it will debut on demand November 17.

About Endlessness made its debut at the Venice Film Festival in 2019 where director Roy Anderson won Best Director. It went on to screen at the Toronto International Film Festival as well as other fests before its theatrical release — which is today.

Described as “a reflection on human life in all its beauty and cruelty, its splendor and banality” and “a kaleidoscope of all that is eternally human, an infinite story of the vulnerability of existence.” So if you need your fill of artsy existential fare, About Endlessness is for you. The Swedish drama stars Martin Serner, Jessica Louthander, Tatiana Delaunay, Anders Hellström, Jan-Eje Ferling, Bengt Bergius and Thore Flygel.

The James Keach documentary Turning Point appropriately debuted on the indie platform Altavod on World Alzheimer’s Day, September 21 and is now available on streaming platforms. The docu follows a team of scientists on the frontlines of Alzheimer’s research as they progress through the difficult – and often personal – quest to find the first medication that could treat the underlying process of the disease.

Other films debuting this weekend include Samuel Goldwyn Films’ dramedy H Is For Happiness from John Sheedy. The film is based on the award-winning book My Life as an Alphabet by Barry Jonsberg and looks to bring feel-good vibes because we could use them right now. Set in a coastal Australian town, the film gives an honest and heart-warming story of a 12-year-old girl’s determination to bring her family back from the brink and spark happiness in their lives — as the title suggests. The award-winning Sundance docu Softie puts some shine on the titular political activist Boniface “Softie” Mwangi. The Sam Soko-directed feature follows his journey of running for office in a regional Kenyan election — but running a clean campaign against corrupt opponents becomes increasingly harder to combat with idealism alone. In John Hyams’ Alone, Jessica leaves the city to grieve the loss of her husband. When she is kidnapped and locked in a cabin in the Pacific Northwest, she escapes into the wilderness and is pursued by her captor. Last, but not least No Escape, director Will Wernick spotlights a social media star as he travels to Moscow with his friends. While pushing the limits to grow his audience, the line between real life and social media is blurred and he and his friends must fight for survival.