Discussing a wide range of topics and debates on the ITV show, viewers have often seen things get fiery between the group of Loose Women ladies. Discussing the various disagreements, panellist Kaye Adams revealed things can sometimes get “tetchy”.

Although the daytime show provides lots of laughs and entertainment for viewers, there are often clashes with some of the women on the show due to strong differing opinions.

More recently, viewers speculated there was a feud between Coleen Nolan and Denise Welch after it was revealed a Loose Women meet-up was in the process of being planned.

During the discussion, Coleen quipped she did not want to attend before Linda Robson shared that the former singer was not in their WhatsApp group.

With viewers observing a frosty atmosphere between the two after the conversation, Kaye touched on how the group of women can become “tetchy” with one another. 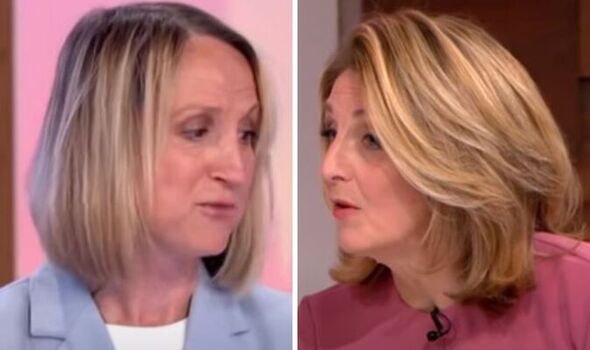 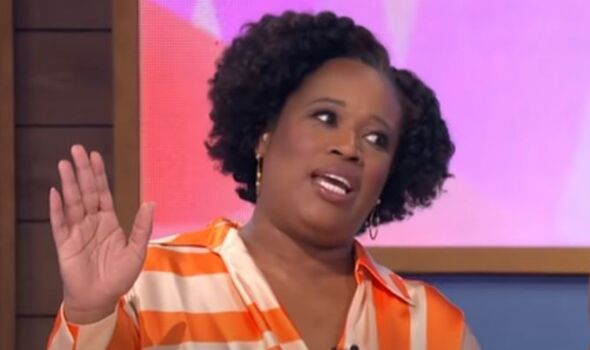 Speaking to OK! Magazine, the 59-year-old said people in the outside world are always curious to know whether or not they all get on.

She shared that the panel, which consists of a rotation of 18 women, are all realistic about their clashes.

Kaye commented: “I think we deal with our disagreements really well.

“We’re a big group of strong women and there will be stronger relationships between one group and another and one individual and another, but that’s just life.” 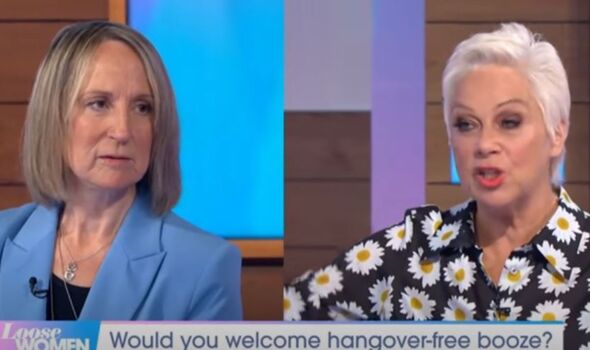 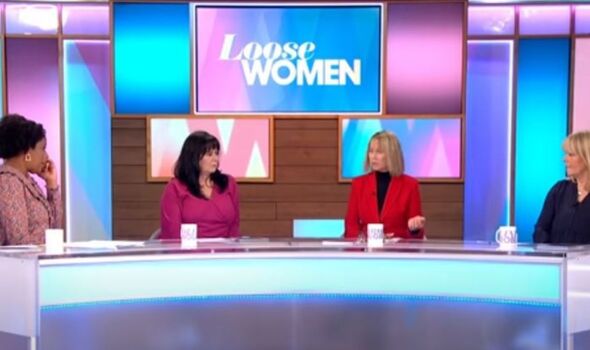 The ITV star added: “There are times one person doesn’t agree with someone and it can get a bit tetchy.

“But, they go away, simmer down, come back and we forget about it.”

Earlier this year, Coleen Nolan also broke her silence on the dynamic between the panellists on the weekday panel show.

She had been speaking to Lorraine Kelly, who said the group may not agree all the time, but they will always have each other’s backs.

Coleen responded: “It would be a very boring show if we all agreed on everything.

“That’s what I love about it, but it ends at the desk. It never carries on afterwards, it’s great.”

Recently, it was revealed Loose Women star Kaye will be joining the line-up of celebrities appearing in this year’s Strictly Come Dancing.

Touching on her debut ahead of the launch show this September, she admitted although she loves the show, she’s never had it in her head to compete herself.

Confessing she can’t dance, she revealed when she was five, her ballet teacher called her Kipper Feet and politely asked her mother to take her away.

She added: “I’ve always been the person sitting at the side of the dance floor nursing my drink, looking at other people dancing and thinking it looks wonderful to be able to let go like that and enjoy music. But I can’t do that!”

Although she may disagree with her co-stars sometimes, they were all rallying together to support her in her latest venture.