Emmett Malloy’s documentary cares about the musical craft of Notorious B.I.G. as much as it does the controversies 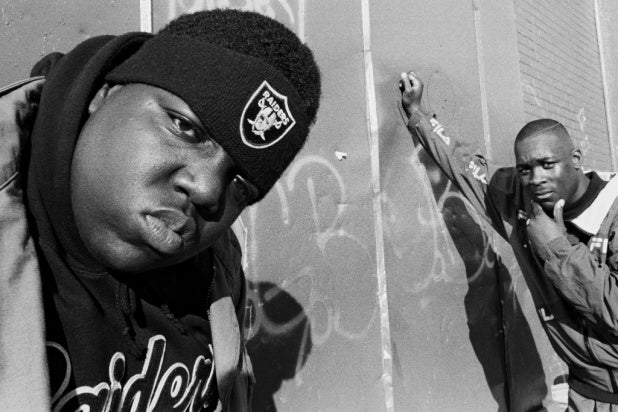 Christopher Wallace packed a lot of living into 24 years, and “Biggie: I Got a Story to Tell” goes a long way toward capturing his personal story alongside the legacy of his relatively brief but deeply influential career as hip-hop paradigm-shifter Notorious B.I.G.

Unlike 2009’s docudrama biopic “Notorious” (also made under the auspices of the rapper’s estate) which seemed determine to sand down the music legend’s rougher edges, this new Netflix documentary takes a more clear-eyed approach — to Wallace’s childhood, his teenage years on the street absorbed in hip-hop and making a living selling drugs, the adults who taught and protected him, and the musical influences that made his work unique and important.

Producer Sean Combs notes early on that Biggie was the first rapper whose style couldn’t be traced to the roots of hip-hop, and that’s not just hyperbole. Director Emmett Malloy (“The Tribes of Palos Verdes,” “Big Easy Express”) digs into the mentors who shaped what would become Biggie’s rhyming and musical style, from Wallace’s uncle, who introduced him to the Jamaican style of MC-ing, to Brooklyn neighbor Donald Harrison, a jazz saxophonist who introduced his young friend to the syncopations of bebop drumming, the distinct rhythms of which can be found in Biggie’s delivery.

Watch Video: The Notorious BIG Saves 'A Lot of People's Lives But His' in Trailer for Netflix Doc

“Biggie” also tells the classic story of an immigrant’s kid made good in the United States; Vonetta Wallace shares her experiences of moving from Jamaica to New York City in the hopes of finding opportunity, and of working multiple jobs so that she could send young Christopher to Catholic school. (After becoming successful, he would tell his mother not to listen to his records, since she would object to the profanity, and since they weren’t intended “for anyone over 35.”)

The film introduces us to Christopher’s childhood friends, and then the producers and collaborators who would help propel Notorious B.I.G. to stardom; in both cases, these were people who lived nearby in the Clinton Hill and Bed-Stuy neighborhoods of Brooklyn, and Malloy uses animated map graphics to indicate where everyone lived in relation to the Wallace’s front stoop and how they connected. That map becomes more foreboding when Christopher drops out of school to sell crack, and when he continues to do so later, just in case his nascent hip-hop career doesn’t take off.

It’s rare that a star-is-born narrative spends time exploring the close calls and almost-made-it moments that occur in nearly every artist’s climb to the top, and “Biggie” illustrates how, even with a glowing write-up in The Source and the beginnings of a collaboration with Combs, the temptation to cling to the dangerous but economically stable life of street dealing was hard to shake: One of his early producers recalls periodically taking Biggie and his crew of friends (the legendary Junior M.A.F.I.A.) on long drives into Manhattan just to keep them safe.

This is a tale that ended tragically, of course, but as with the crowds that lined the streets of Clinton Hill the day of Wallace’s funeral, the mood here is celebratory and not mournful. Malloy shoots the new interview footage with a visual sense often missing from the talking-heads portions of documentaries, and editors Will Znidaric (“Quincy”) and Neil Meiklejohn (“Wild Wild Country”) judiciously weave in vintage footage, much of it shot by Biggie’s lifelong friend Damion “D-Roc” Butler, who was routinely at the rapper’s side with camcorder in hand.

Timed to honor both Notorious B.I.G.’s 2020 induction into the Rock Hall of Fame and what would have been the artist’s 50th birthday in 2022, “Biggie: I Got a Story to Tell” celebrates an influential musical legacy as well as a complicated life story, with a potent mix of sentiment and aesthetic appreciation.

“Biggie: I Got a Story to Tell” premieres March 1 on Netflix.