ANT MCPARTLIN nearly loses his cool with David Walliams during the Britain’s Got Talent Christmas special after the judge repeatedly misses his cue and FALLS OVER.

The 49-year-old BGT judge, dressed as a huge sparkly tree, tried his best to get the timing right but kept bursting onto camera at the wrong moment. 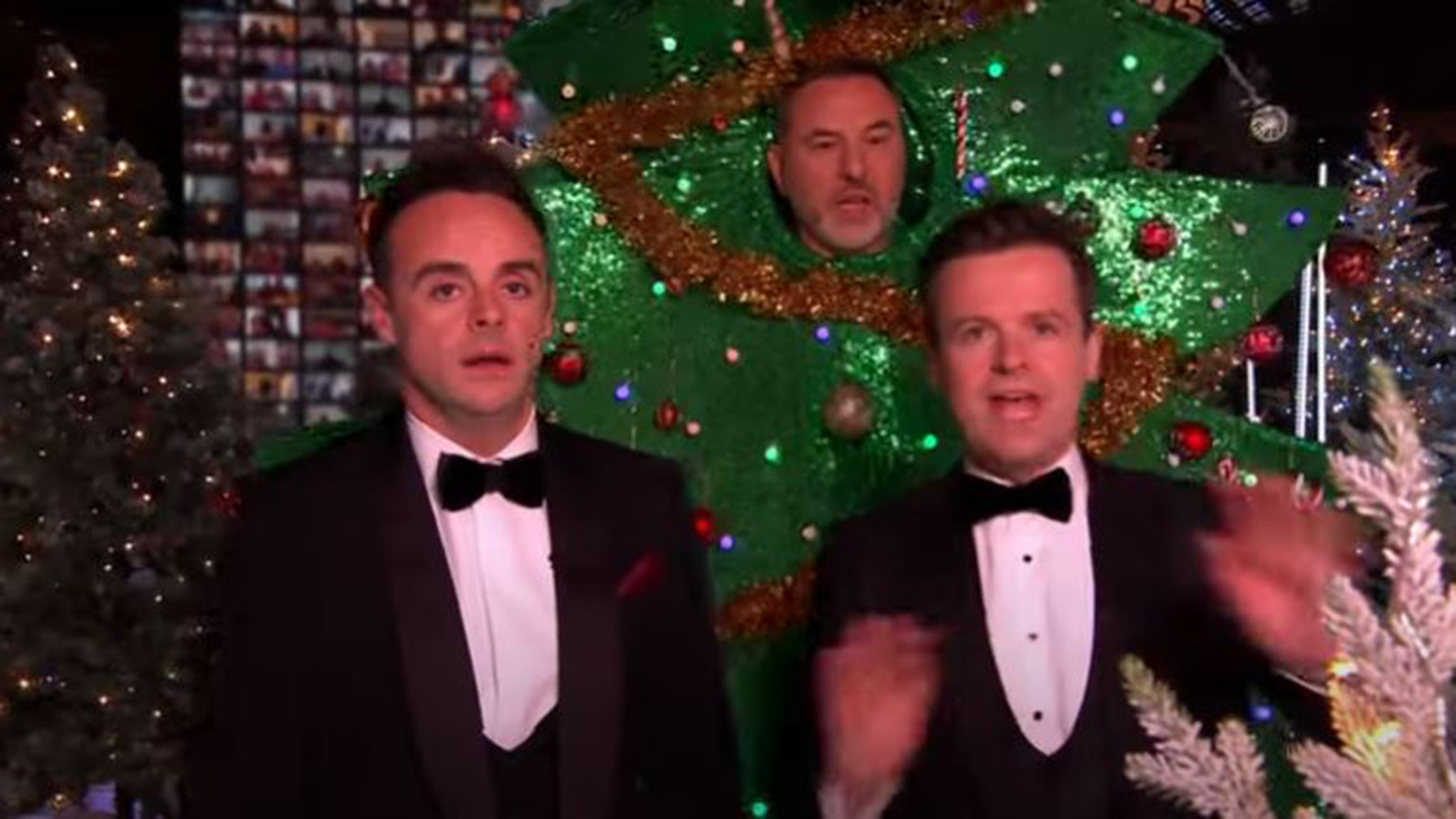 Ant, 45, and his co-host Declan Donnelly, also 45, appeared to get a little annoyed with David as he attempted to get the timing right to jump out and shout surprise.

Both dressed smartly in black three piece suits and bow ties, the Geordie duo practised their link to introduce what viewers could expect from the night of performances.

David kept on missing his cue and after insulting Ant by telling him to "keep his forehead on", he finally realised it was the moment and attempted to storm off the stage.

However, because he was dressed as a huge sparkly Christmas tree, his costume got caught on the props and he ended up flat on his face. 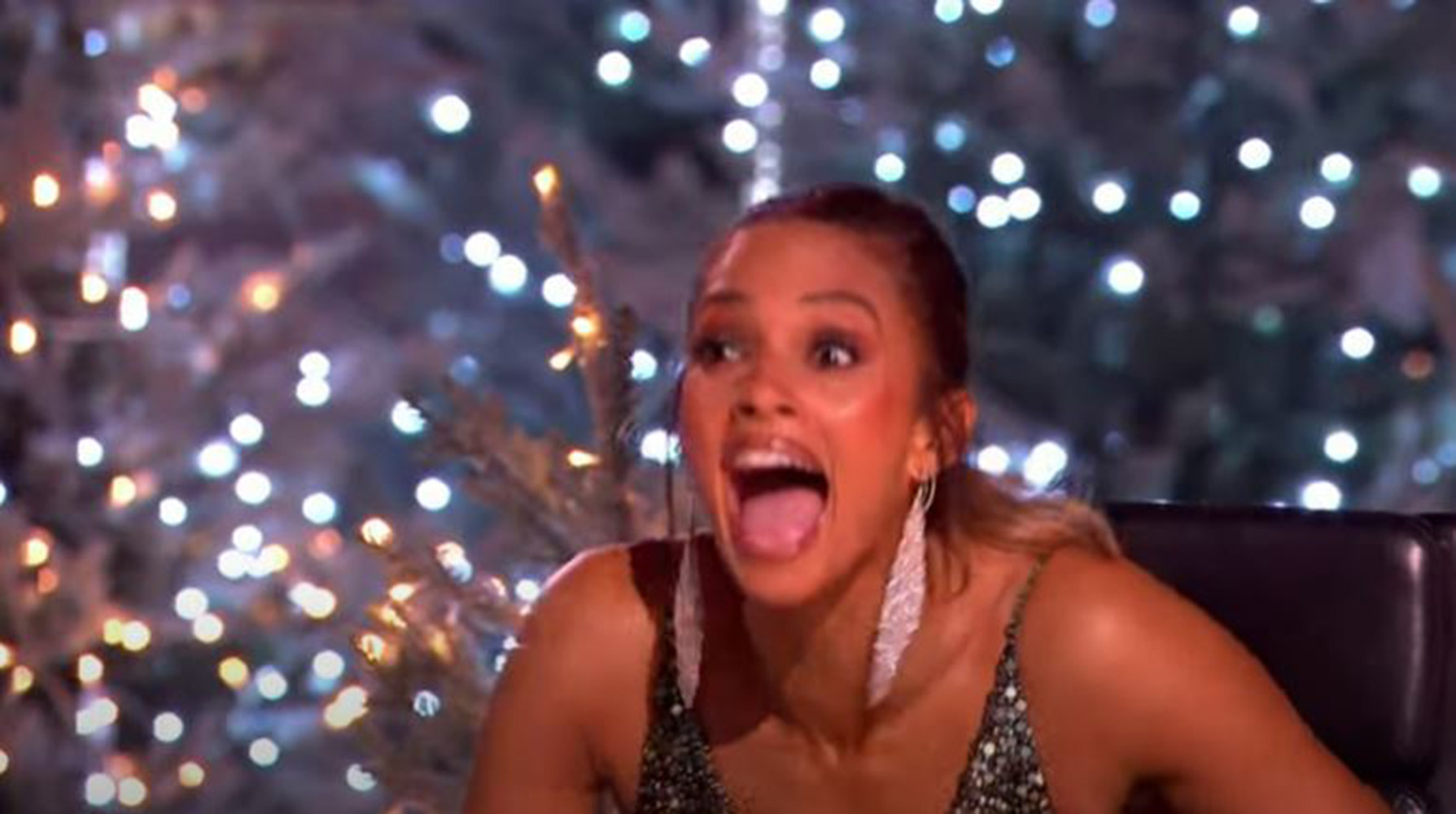 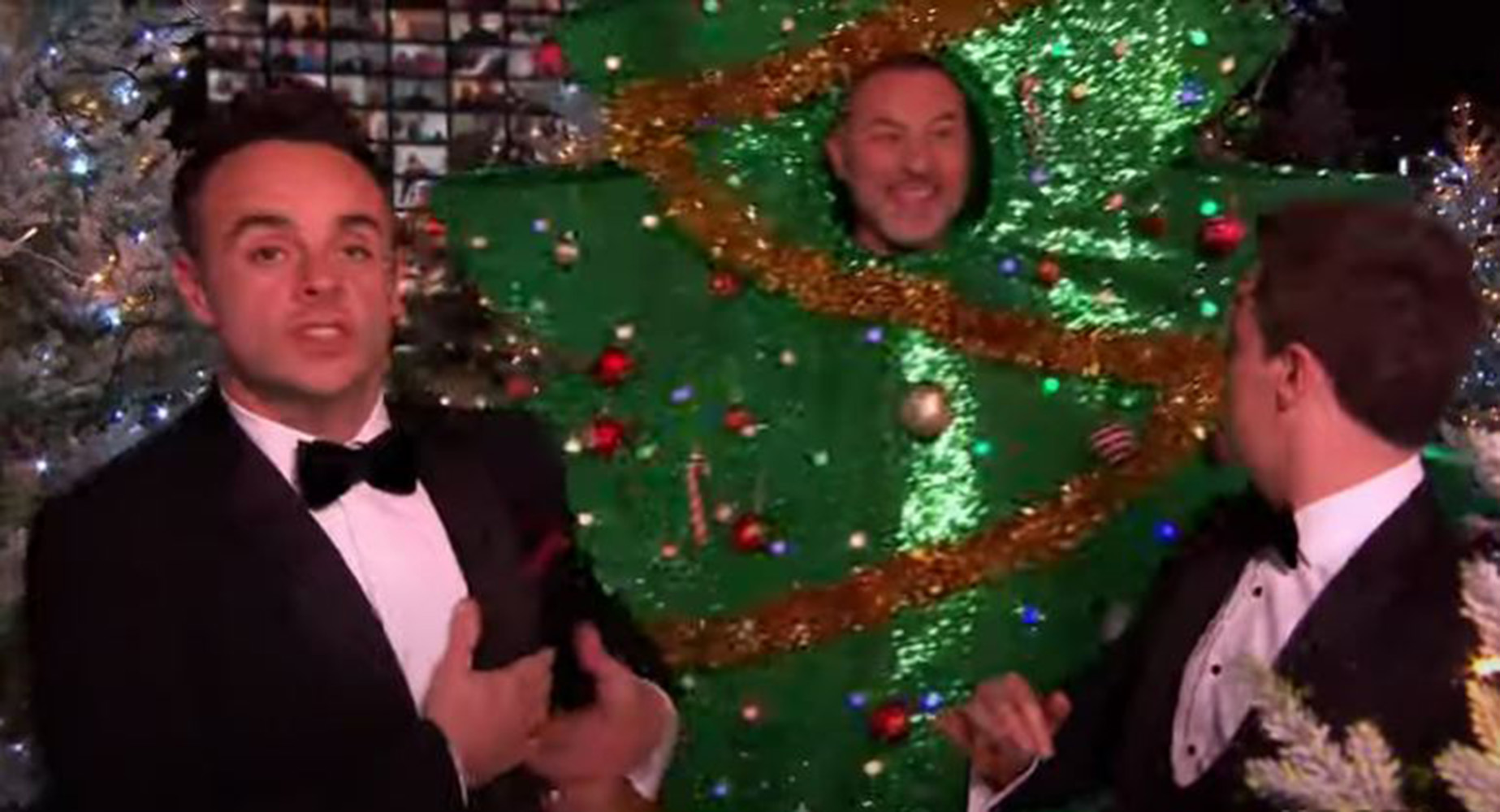 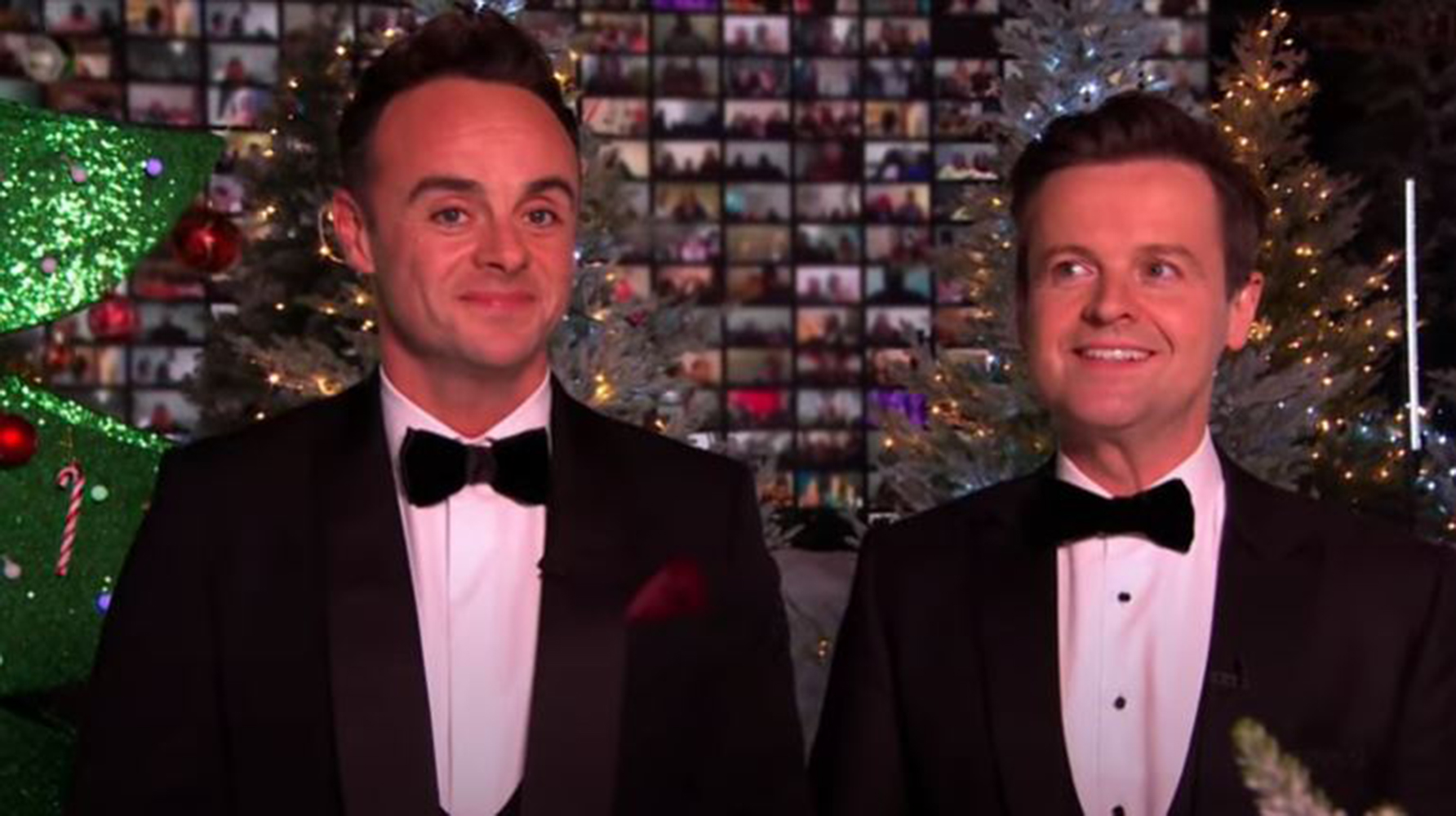 Fellow judge Alesha Dixon, 43, couldn't contain herself as she let out her booming laugh.

Forgetting his previous annoyance, Ant pointed and laughed at David and even told the cameras to look at him.

The BGT Christmas Spectacular will feature previous winners who are set to perform alongside the judges.

As The Sun previously revealed, Amanda Holden, David Walliams, Alesha Dixon and Simon Cowell’s stand-in Ashley Banjo will get up on stage as part of the festive ITV special. 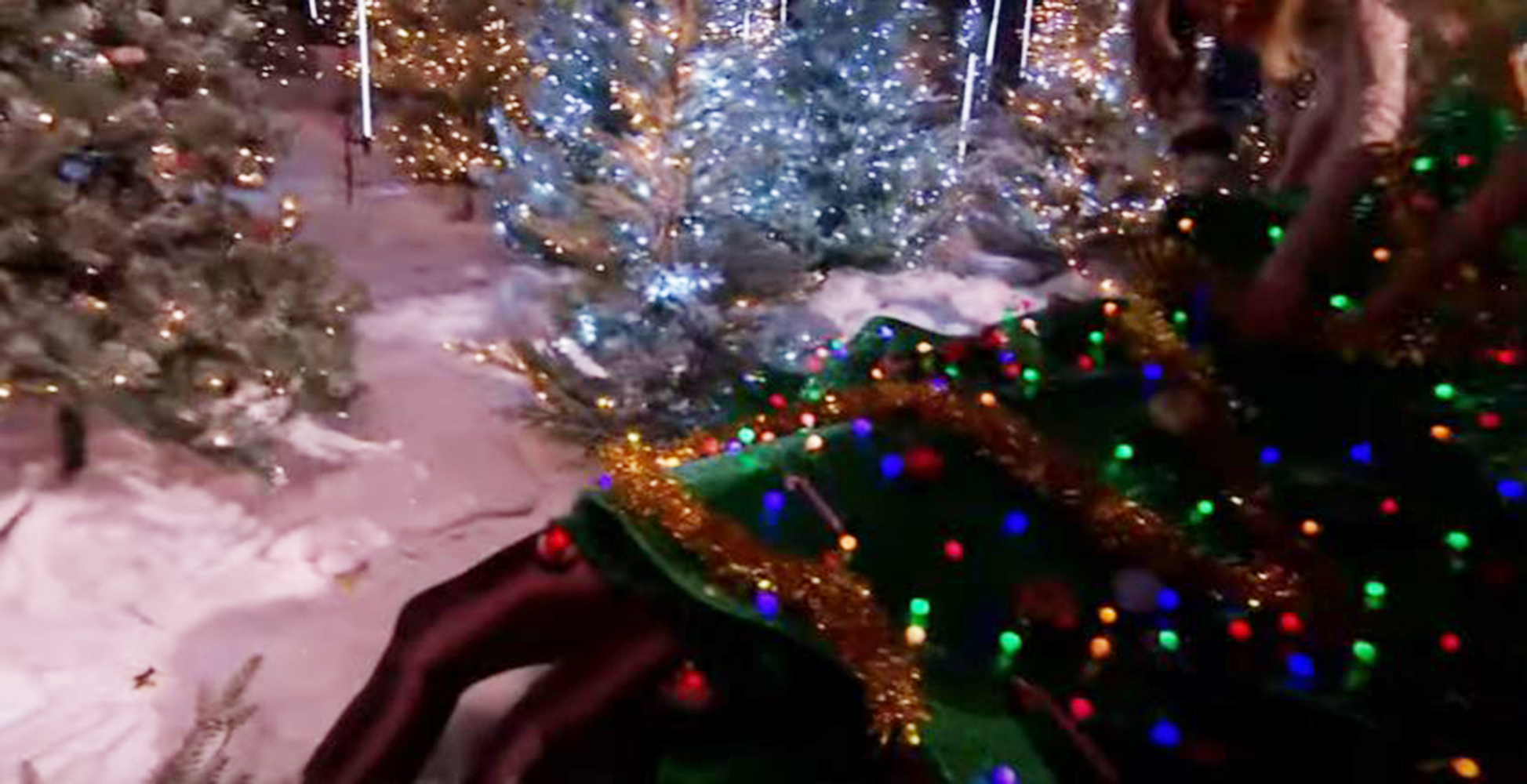 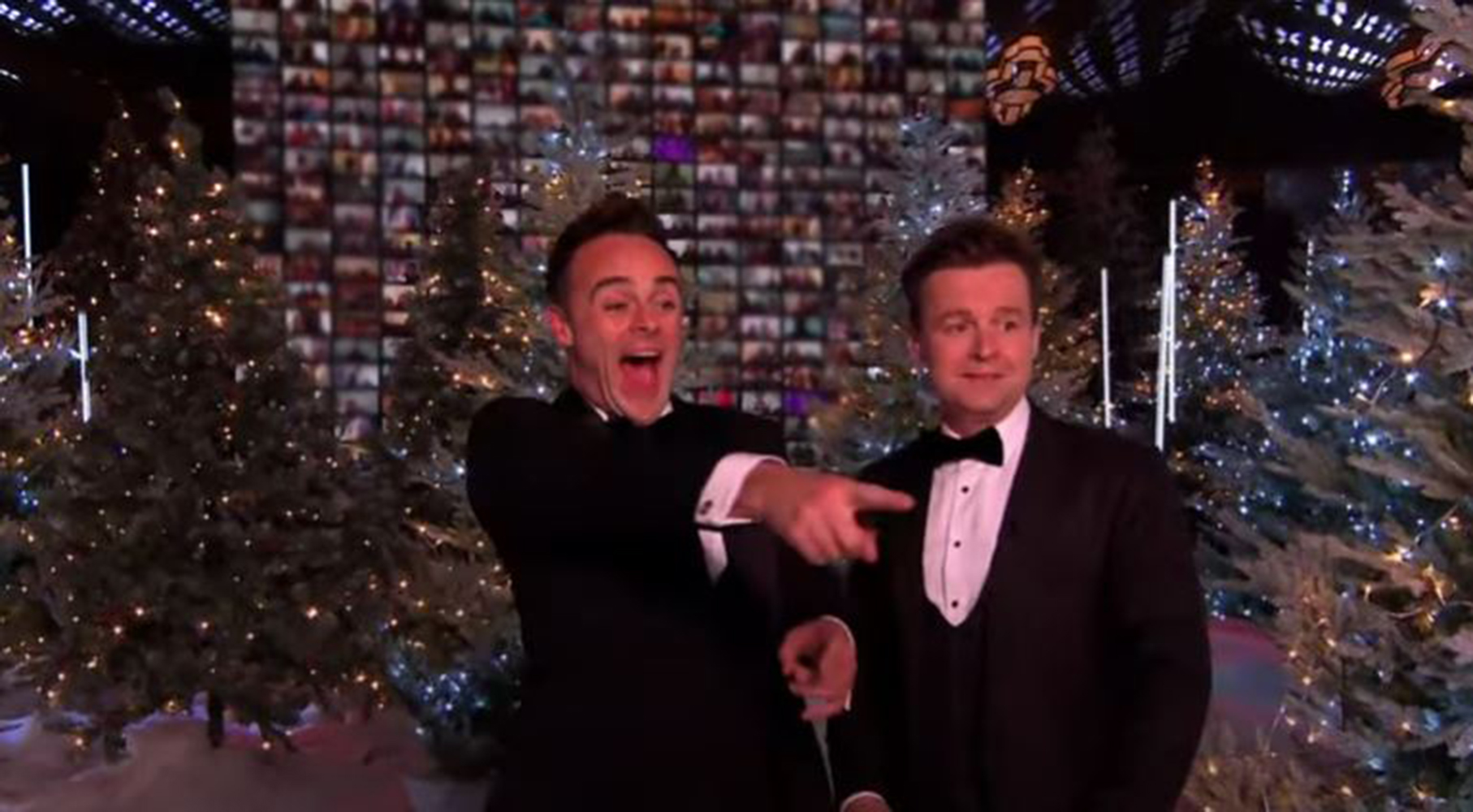 Amanda will be singing with 2014 musical theatre champs Collabro, and Alesha will perform Have Yourself A Merry Little Christmas with pianist and 2017 winner Tokio Myers.

David will perform a comedy routine with six of the series’ best funnymen and women, including 2018’s Lost Voice Guy.

And finally, Ashley will join up with his Diversity dance troupe, who were one of the most popular winners when they took the crown in 2009, and 2008 street dancing champ George Sampson.

A source said: “The judges wanted to get up and do their bit in the Christmas special to put a smile on viewers’ faces.

“They will all perform but not alone. It’s not until you see some of the acts getting up with them that you are reminded of the quality of some of the past winners.”