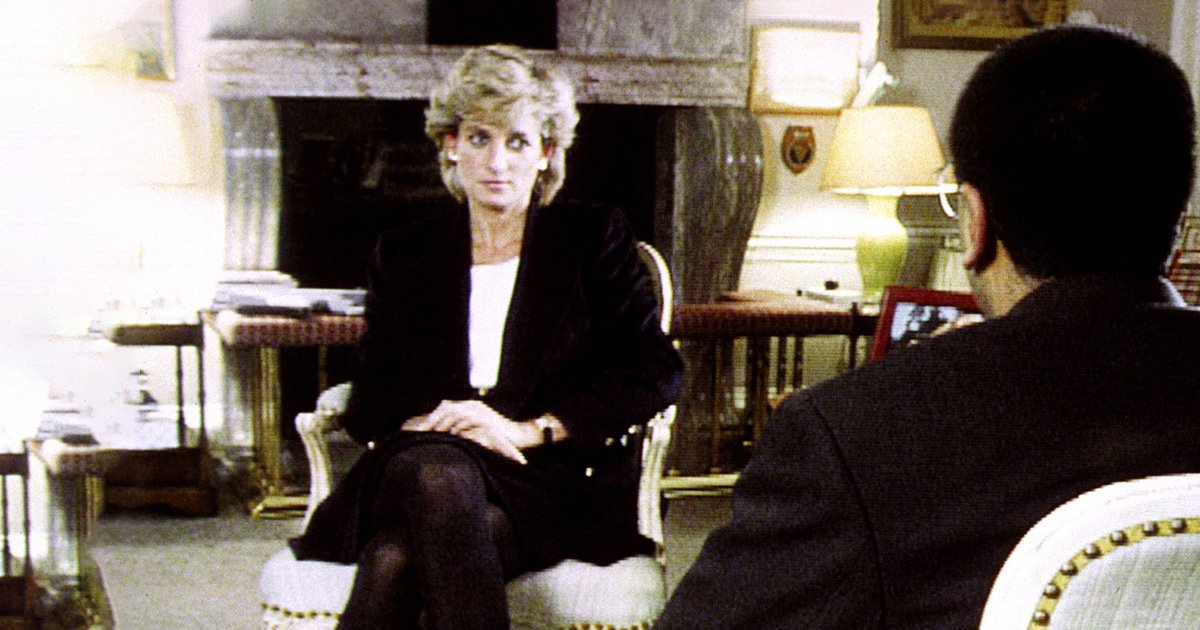 The BBC has released a new statement over the highly controversial Princess Diana Panorama interview, vowing never to broadcast it again and revealing ‘substantial damages’ will be paid.

In May last year an official inquiry called the Dyson Report concluded that the late Princess of Wales’ interview with Martin Bashir in 1995 was secured by the journalist by ‘deceitful behaviour’, in ‘serious breach’ of the broadcaster’s producer guidelines.

In a new update, Tim Davie, the director-general of the BBC, has explained that the company has been ‘working with those who suffered as a result of the deceitful tactics used by the BBC in pursuit of its interview with Diana, Princess of Wales for the Panorama programme in 1995, including the matters that were mentioned in court today in respect of Miss Tiggy Legge-Bourke, now Mrs Alexandra Pettifer,’ with the now-Mrs Pettifer having been a royal nanny to Princes William and Harry when they were children.

‘The BBC has agreed to pay substantial damages to Mrs Pettifer and I would like to take this opportunity to apologise publicly to her, to The Prince of Wales, and to the Dukes of Cambridge and Sussex, for the way in which Princess Diana was deceived and the subsequent impact on all their lives,’ he said.

‘It is a matter of great regret that the BBC did not get to the facts in the immediate aftermath of the programme when there were warning signs that the interview might have been obtained improperly,’ he continued.

‘Instead, as The Duke of Cambridge himself put it, the BBC failed to ask the tough questions. Had we done our job properly Princess Diana would have known the truth during her lifetime. We let her, The Royal Family and our audiences down.’

Mr Davie said that now that they ‘know about the shocking way that the interview was obtained’, he has made the decision that ‘the BBC will ever show the programme again; nor will we license it in whole or part to other broadcasters’.

‘It does of course remain part of the historical record and there may be occasions in the future when it will be justified for the BBC to use short extracts for journalistic purposes, but these will be few and far between and will need to be agreed at Executive Committee level and set in the full context of what we now know about the way the interview was obtained. I would urge others to exercise similar restraint.,’ he concluded.

The tell-all interview with Princess Diana saw the royal, who died in 1997, open up about her marriage to Prince Charles, famously saying: ‘Well, there were three of us in this marriage, so it was a bit crowded.’

When the Dyson Report was released, Lord Tony Hall – who was director of BBC news and current affairs when the interview aired – said in a statement: ‘‘I have read Lord Dyson’s report, and I accept that our investigation 25 years ago into how Panorama secured the interview with Princess Diana fell well short of what was required. In hindsight, there were further steps we could and should have taken following complaints about Martin Bashir’s conduct.’

Mr Bashir apologised for the faked bank statements, saying it was a ‘stupid thing to do’.

The journalist said at the time of the report’s publication: ‘I also reiterate that the bank statements had no bearing whatsoever on the personal choice by Princess Diana to take part in the interview.’

Following the report’s findings, both Princes William and Harry released statements, with the Duke of Cambridge saying: ‘It is my view that the deceitful way the interview was obtained substantially influenced what my mother said. The interview was a major contribution to making my parents’ relationship worse and has since hurt countless others.’

He continued: ‘It brings indescribable sadness to know that the BBC’s failures contributed significantly to her fear, paranoia and isolation that I remember from those final years with her.’

The Duke of Sussex said: ‘To those who have taken some form of accountability, thank you for owning it. That is the first step towards justice and truth. Yet what deeply concerns me is that practices like these – and even worse – are still widespread today. Then, and now, it’s bigger than one outlet, one network, or one publication.

‘Our mother lost her life because of this, and nothing has changed. By protecting her legacy, we protect everyone, and uphold the dignity with which she lived her life. Let’s remember who she was and what she stood for.’

In September last year, it was confirmed that Mr Bashir’s Panorama interview with Princess Diana would not be investigated by the Metropolitan Police.

The police force said in a statement: ‘In March, 2021, the Metropolitan Police Service determined it was not appropriate to begin a criminal investigation into allegations of unlawful activity in connection with a documentary broadcast in 1995.

‘Following the publication of Lord Dyson’s report in May, specialist detectives assessed its contents and looked carefully at the law – once again obtaining independent legal advice from Treasury Counsel as well as consulting the Crown Prosecution Service.

‘As a result, the MPS has not identified evidence of activity that constituted a criminal offence and will therefore be taking no further action.’