BBC Breakfast viewers welcomed the return of Dan Walker and Louise Minchin this morning, who were eager to discuss the world’s latest news.

One of the news pieces saw the duo speaking to Jan Socrates, who recently became the oldest person in the world to sail around the world unassisted.

However during Dan’s report on the story Louise interrupted him, causing him to lose his focus on Jan’s story.

Dan began: “That’s Jan Socrates, who is the oldest person on the planet-“

But Louise jumped in to say: “And I could have spoken to her for ages!”

Dan couldn’t help but begin laughing as he realised he had called Jan the oldest person on the planet.

He giggled: “I haven’t finished that sentence! She’s not the oldest person on the planet.

“Let me get this correct! she’s the oldest person on the planet to sail around the world on her own unassisted.”

Dan went on to add: “That’s an awkward interruption, isn’t it!”

Louise couldn’t help but look away from the camera as she fell into hysterical laughter. 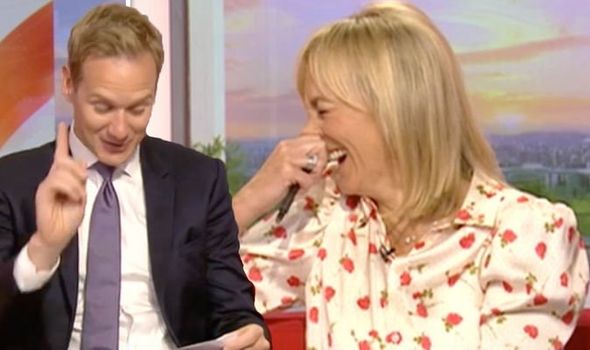 That’s an awkward interruption, isn’t it!

She then said: “Well done, Jan!” before turning to Dan and telling him: “I won’t interrupt you ever again.”

Speaking about Jan once again, Dan announced: “She’s only 77!”

Speaking to Mike and his partner Katya Jones, Sally said: “I’ll let people know that we were chatting at the weekend about how it’s gonna go.

“One of the things we talked about is the fact that once Katya has her heels on, she’s a little bit taller than you. What are you gonna do?” 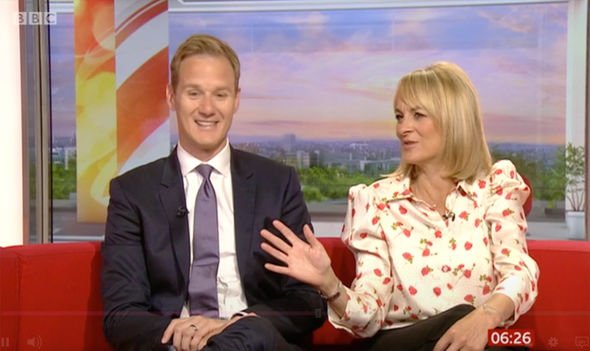 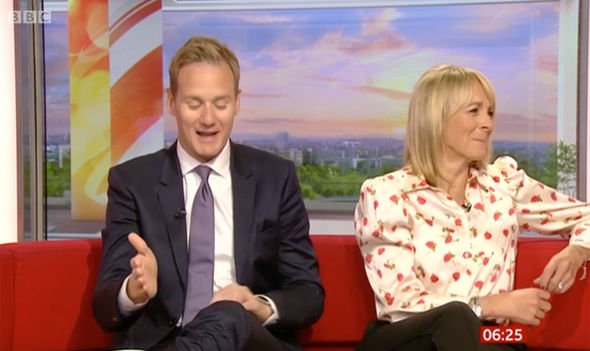 Mike seemed a little surprised by this revelation, and asked his partner: “Oh yes?”

Sally went on to say: “Do you think you should be campaigning for a pair of heels of your own?”

Fans will have to wait and see on the next episode of Strictly whether Mike really is that much shorter than his partner.

BBC Breakfast continues weekdays at 6am on BBC One.