BBC Morning Live was thrown into chaos today after Janette Manrara managed to knock over a mug of tea while stretching LIVE on air.

It happened as the Strictly star and co-host Gethin Jones told viewers what they could expect to see on the upcoming programme during a crossover on BBC's Breakfast show. 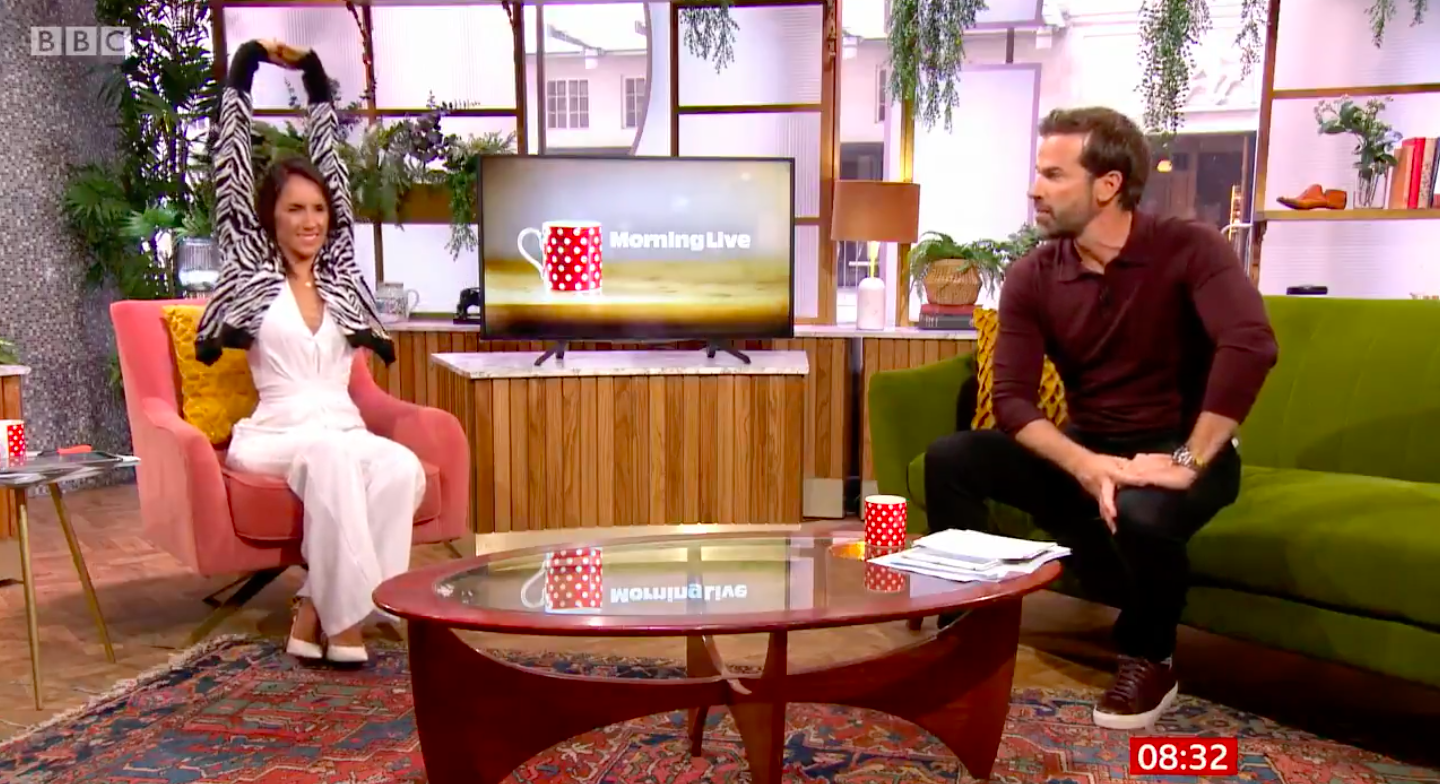 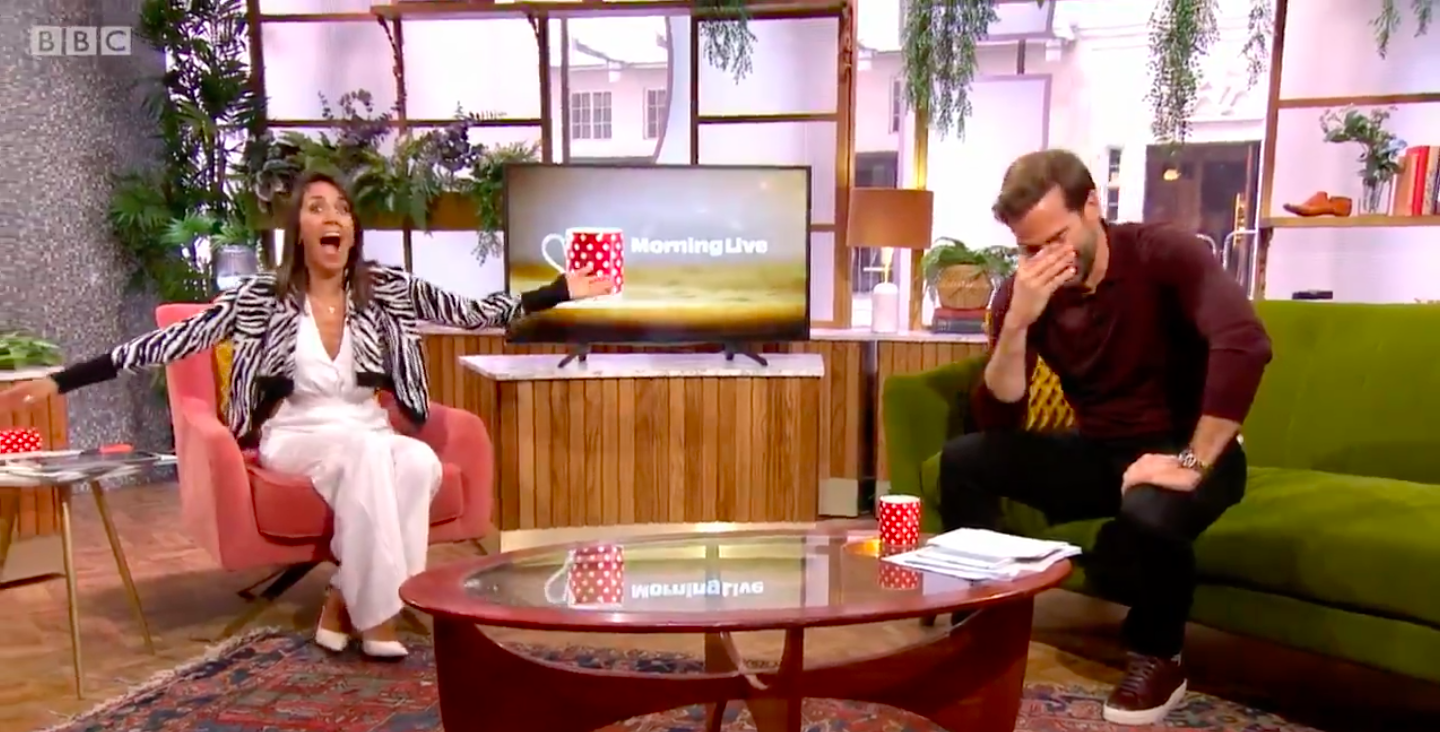 Gethin, 43, told fans at home: "If you have aches and pains or even a stiff back…

"Don’t miss Strictly fitness because Janette has just the thing to make you feel good.”

In the background Janette, 37, did a huge stretch to show everyone at home what kind of things she would be doing.

The dancer proudly described herself "like a cat", but as she brought her arms back up whacked her cup of tea onto the floor.

Janette, Gethin and the crew couldn't contain their laughter after they realised what she had done.

As the dancer tried to hide her face behind her jumper, Gethin reassured fans that they'd get everything cleaned up in time for their show, which was due to start in 45 minutes.

Viewers also found the blunder extremely funny as they watched on at home.

One wrote on Twitter: "'you’re meant to be a professional manrara' hahahahhahaha."

Another said: "Only you Janette! That cheered me up this morning!"

A third joked: "That’s cats for you."

Morning Live airs tomorrow on BBC One at 9.15am