The This Morning host wore a purple see-through dress and stunned onlookers as she glided down the red carpet for the glittering ceremony that celebrates the best of British television from the past year. 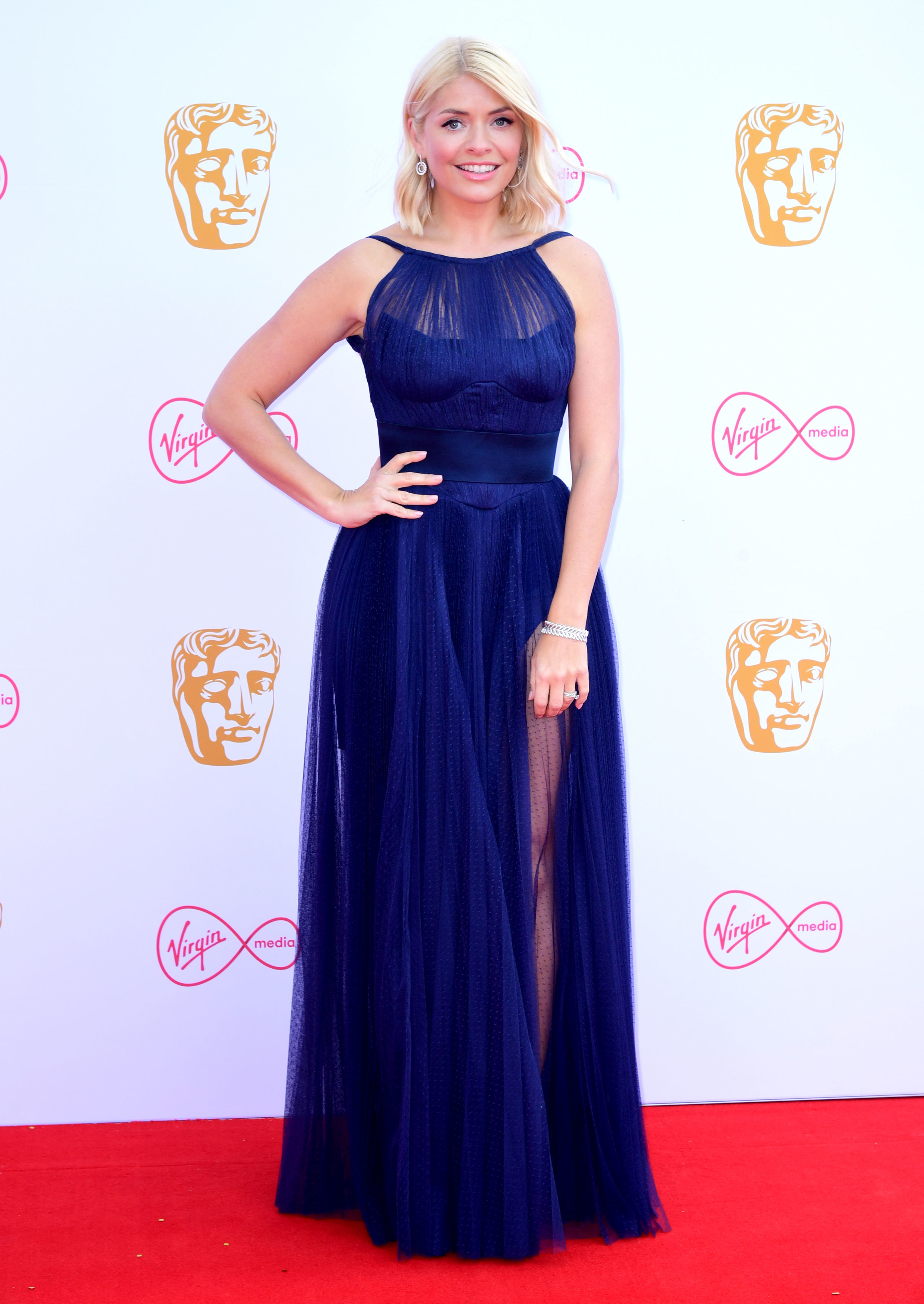 She matched her dress with purple heels and a simple diamond bracelet and a pair of circular diamond earrings.

Holly will be presenting one of the awards at tonight's ceremony which wil see her friend Ant McPartlin make a return after sitting it out last year.

The 43-year-old TV presenter didn't attend the 2018 spectacle because he was taking time out of the spotlight due to a drink-driving conviction, leaving his sidekick Declan Donnelly to walk the red carpet alone, but he will be back at London's Royal Festival Hall this year.

Ant – who made this TV comeback co-hosting Britain's Got Talent alongside Dec this year – looks set to be joined by his regular co-host on the red carpet at this year's Virgin Media British Academy Television Awards as they go in search of more career honours. 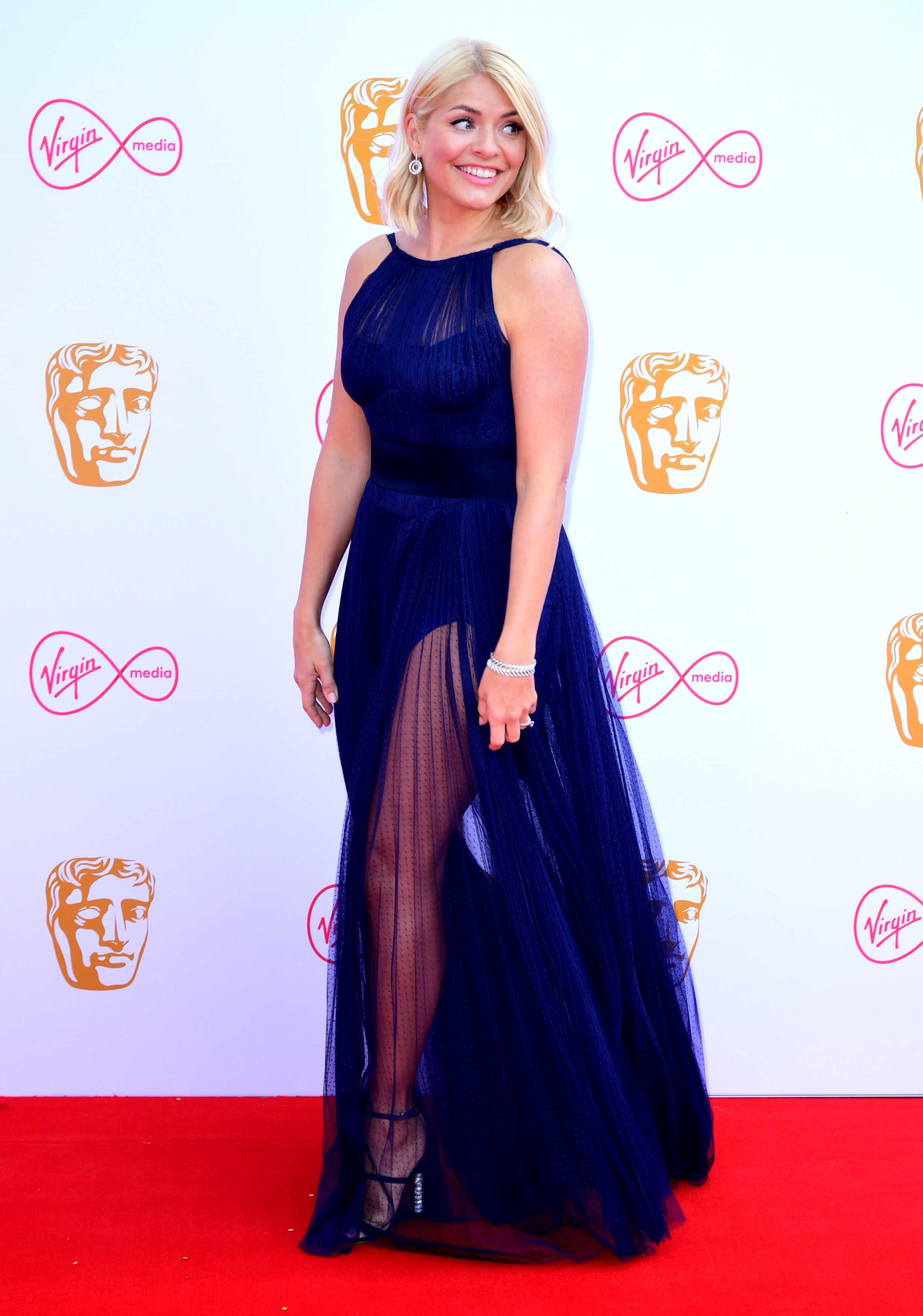 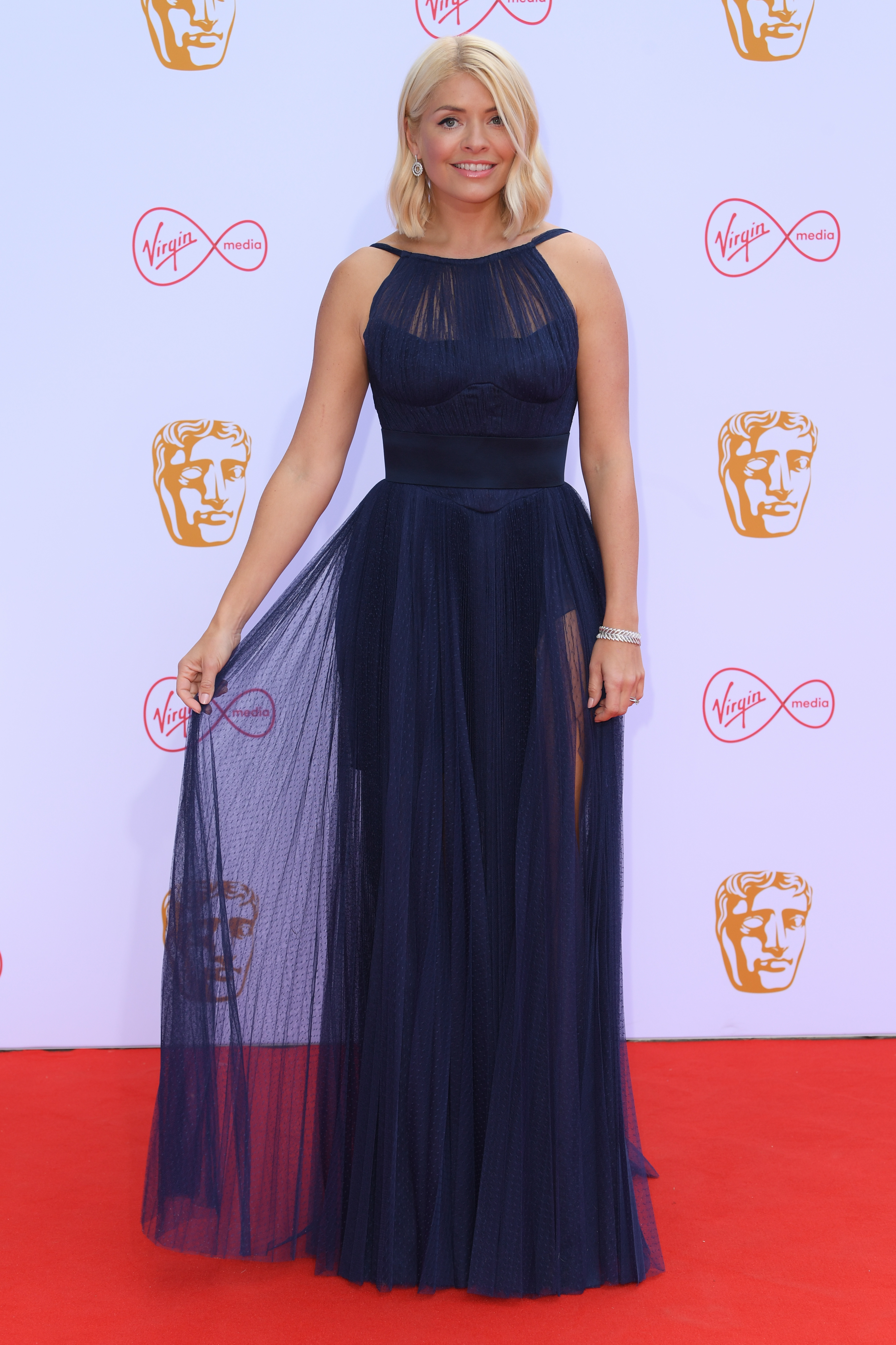 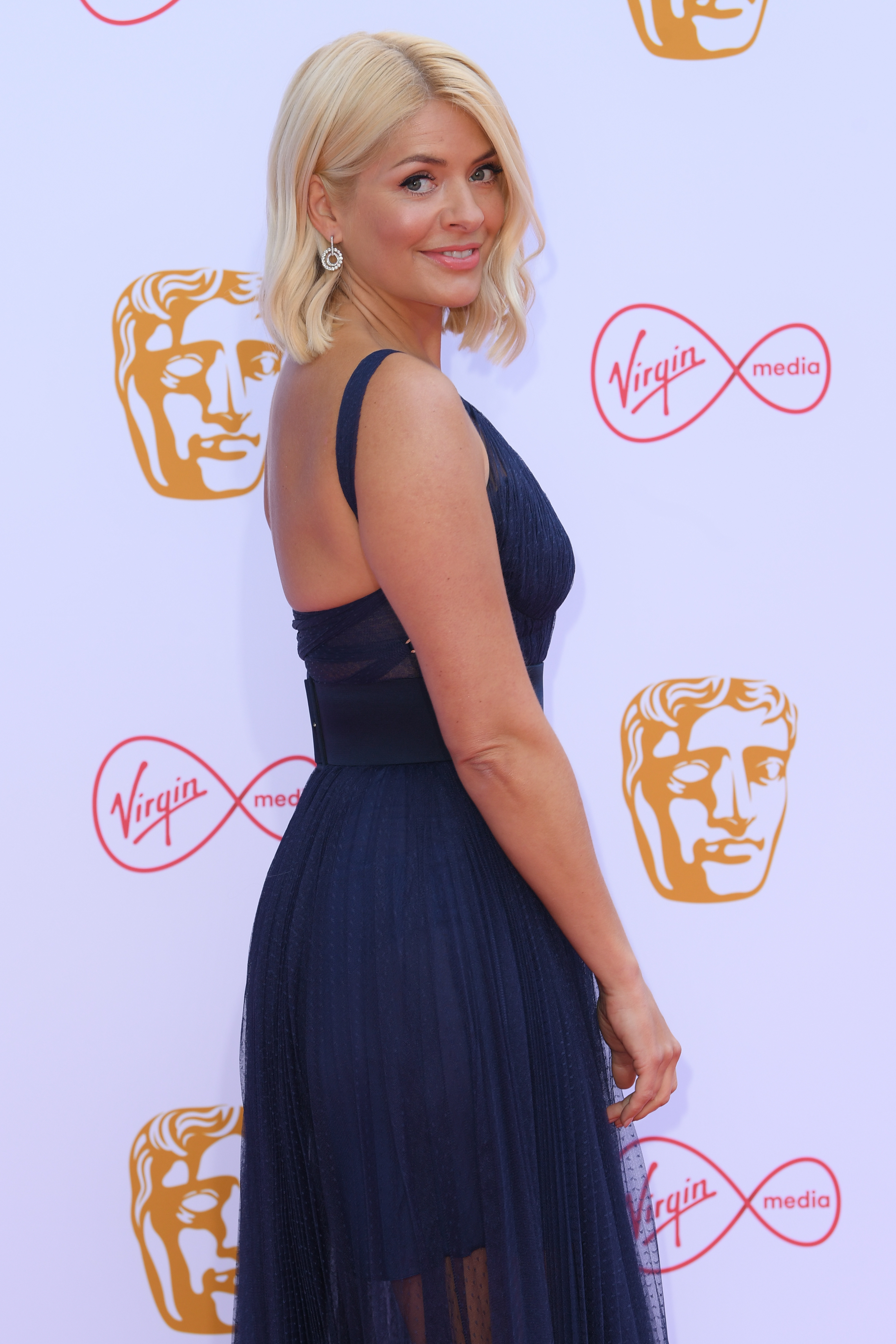 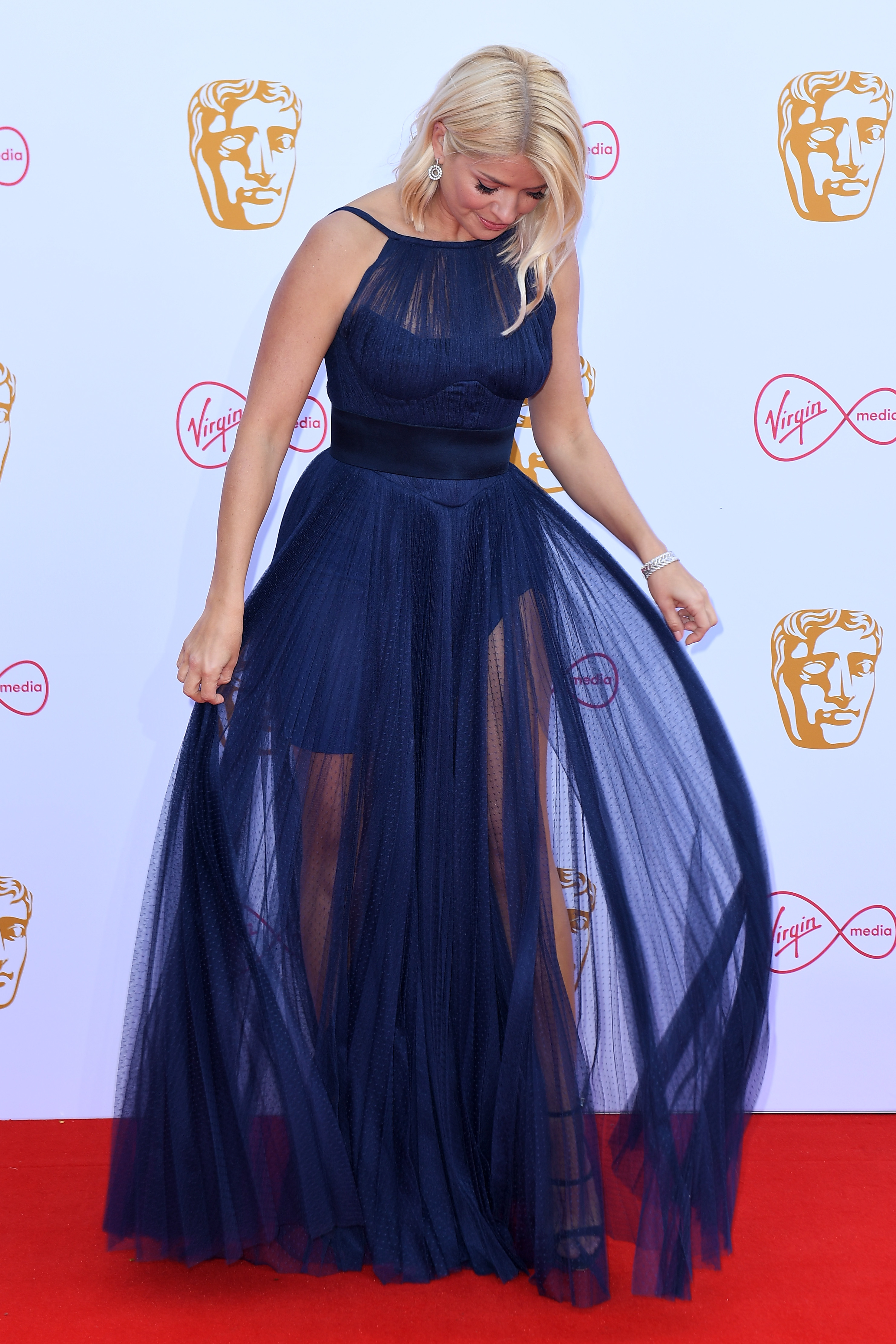 The pair are up for two TV BAFTAs, for Entertainment Performance and Entertainment Programme, both for their show Ant & Dec's Saturday Night Takeaway.

But Ant took some time out from the show last year as part of his break from the public eye, with Dec flying solo on the penultimate episode.

He was joined by Scarlett Moffatt for the finale, which was broadcast from Universal Studios Orlando.

Ant and Dec will face stiff competition from Would I Lie To You? pair David Mitchell and Lee Mack in the Entertainment Performance category, and The Mash Report's Rachel Parris. 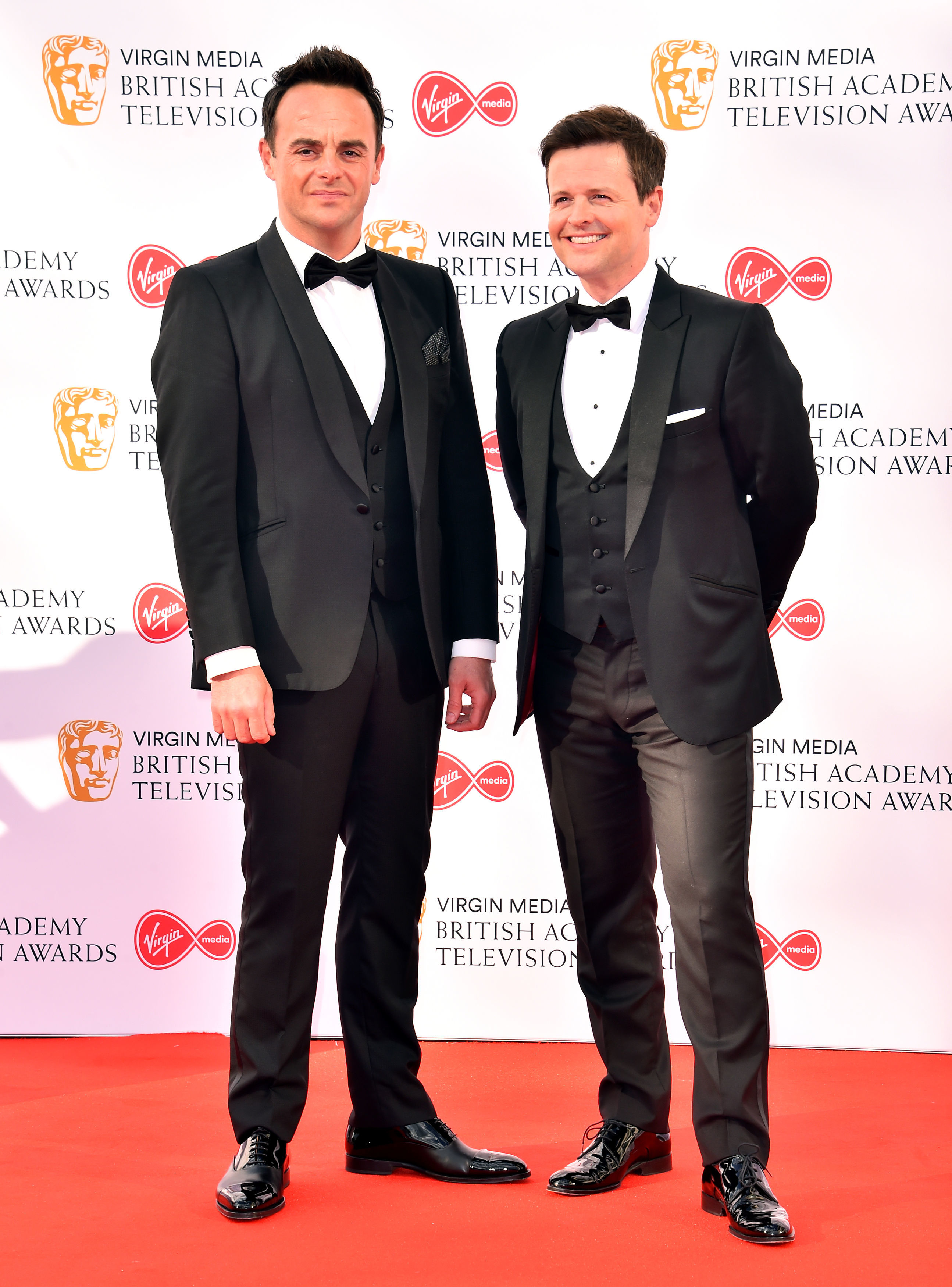 All three of the duo's category rivals are set to attend this Sunday's spectacle, as will 'X Factor' host Dermot O'Leary, 'Bodyguard' actress Keeley Hawes and 'Coronation Street' actress Helen Worth, among many other stars.

You can follow all the action from the TV Baftas tonight with The Sun Online's live blog.