Since it first aired back in 1979, Antiques Roadshow has seen a vast array of weird, wonderful, historic and expensive items brought forward for valuation. But no matter what the antique, those watching at home every Sunday night enjoy the stories told. During a recent episode, the BBC show visited Lytham Hall in Lancashire where one father and daughter had brought along four vases for valuation.

It was the turn of expert Lars Tharp to take a look at four vases.

He asked: “What do these four objects have in common?”

“They are part of our family’s treasure, they were bought by my grandfather,” the gentleman said.

“These were bought between 1925 and 1939,” he continued referring to the two smaller glass vases. 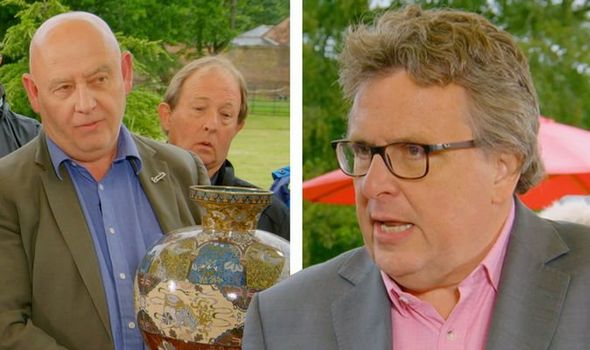 “These were probably bought at auction by him – he died on the outbreak of the second world war and therefore he would’ve bought them prior to that,” he pointed towards the two larger more colourful items.

“So in the late 30s, they are both examples of glass and here you have just glass on its own with no supporting armature,” Lars said in reference to the clear glass vases.

“And here you have coloured glass laid into an incredibly elaborate art line,” he said pointing to the colourful ones.

Lars then explained how the smaller vases had been made – in a mould rather than by hand. 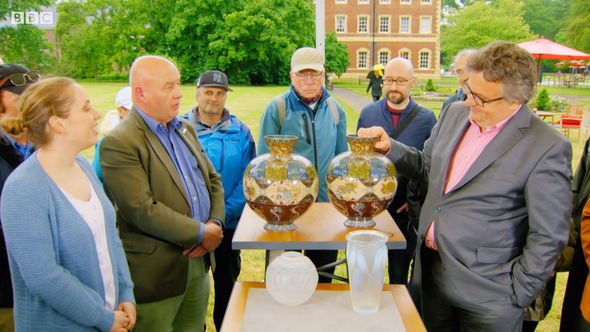 “On the bottom you’ve got the R Lalique mark, typical of that period,” the said turning over the item.

“We also have a rather irritating little chip!” But the owner hit back: “Little chip!”

“These are a different matter, each and every art line on these pieces has been laid onto a copper vase underneath all of this,” the expert said focusing on the larger circular vases. 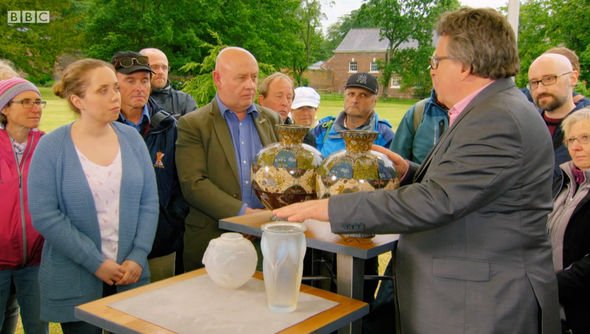 “Each of these speckled panels has a very strange creature in it. You’ve got really remarkable use of colour and composition,” he continued.

Lars then got down to how much money they would be worth, referring to the glass vases he revealed: “This particular pattern is around £3,000 today, t he goldfish probably about half of that.”

“I do too! Well thank you very much,” the owner replied happily.

There was no mentions of who made the larger vases, and after the valuation, Lars spoke to the camera directly.

He said: “I think I know who the maker is, but there were no marks on.

“That’s not unusual for some of the great makers and the colours, they were so zingy!”

Antiques Roadshow airs Sunday nights at 8pm on BBC One.