Annie Clark unzipped out of her St. Vincent musical persona more nakedly than ever with the release of the 2017 album “Masseduction,” a chronicle of fame and excess that deals in drugs, sex, and broken relationships. While Clark argues that “you do know me if you listen to my music,” as the former Polyphonic Spree guitarist turned divine solo act explained to IndieWire, that album offered listeners a more raw St. Vincent than they’d heard before, especially in the aftermath of high-profile romances with stars like Kristen Stewart and Cara Delevingne.

Now, the singer/songwriter has stepped into the world of acting and screenwriting with her new film “The Nowhere Inn,” co-written with her pal Carrie Brownstein (herself a musician as part of Sleater-Kinney) and directed by Bill Benz (who worked with Brownstein on “Portlandia”). The trio dives into the modern madness of fame through the prism of a mock music documentary that’s equal parts surreal meta-commentary on the nature of celebrity and a psychological unraveling of music doc conventions.

“Documentaries about pop stars are commissioned by the artist in question and they have final cut so they are still showing you something that they want you to see,” Clark said. “You are watching a curated vision of how they want you to see them. If that’s the premise that we start with, then that’s the propaganda, so why not acknowledge the premise and performance of it and take that as a springboard and go explore this stuff anyway? I’m not trying to get people to see the documentary and really like me.”

Indeed, “The Nowhere Inn” presents a funhouse mirror-style, exaggerated version of the Grammy winner, whose most recent album “Daddy’s Home” took us deeper into her personal backstory through a reflection on her father’s release from prison in 2019. “The Nowhere Inn,” released at the Sundance Film Festival in January 2020, almost serves as a segue between the days of “Masseduction” and “Daddy’s Home,” which will find St. Vincent heading back on tour after the pandemic. 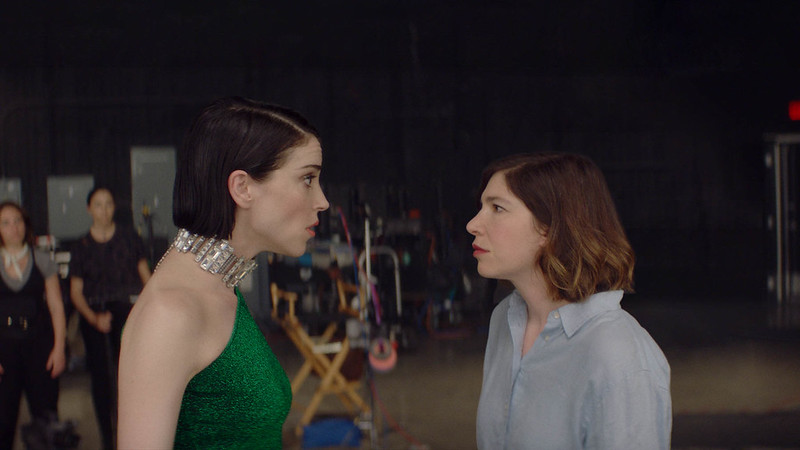 “You might find me having a glass of champagne and watching ‘Law and Order: SVU’ after a show but you wouldn’t find me playing Scrabble,” Clark said about a scene in “The Nowhere Inn” that finds the singer, exhausted after another night on the “Masseduction” tour that the movie both recreates and captures through actual concert footage, playing a board game to unwind from another show.

“I am not a total dud, and Carrie’s not a total dud. We are telling little lies for dramatic effect,” said Clark, whose “Nowhere Inn” persona also spends a lot of time talking about, as part of her tour regimen, her love of eating plain lettuce to “taste the dirt.” “I am healthy… but I am not that excited about radishes and beets,” she said.

In casting a real-life performer as a fictional version of themselves, the film takes its cues from Nicolas Roeg’s 1970 film “Performance,” which features a fragmented narrative about a fictitious rock star in swinging ’60s London played by Mick Jagger. 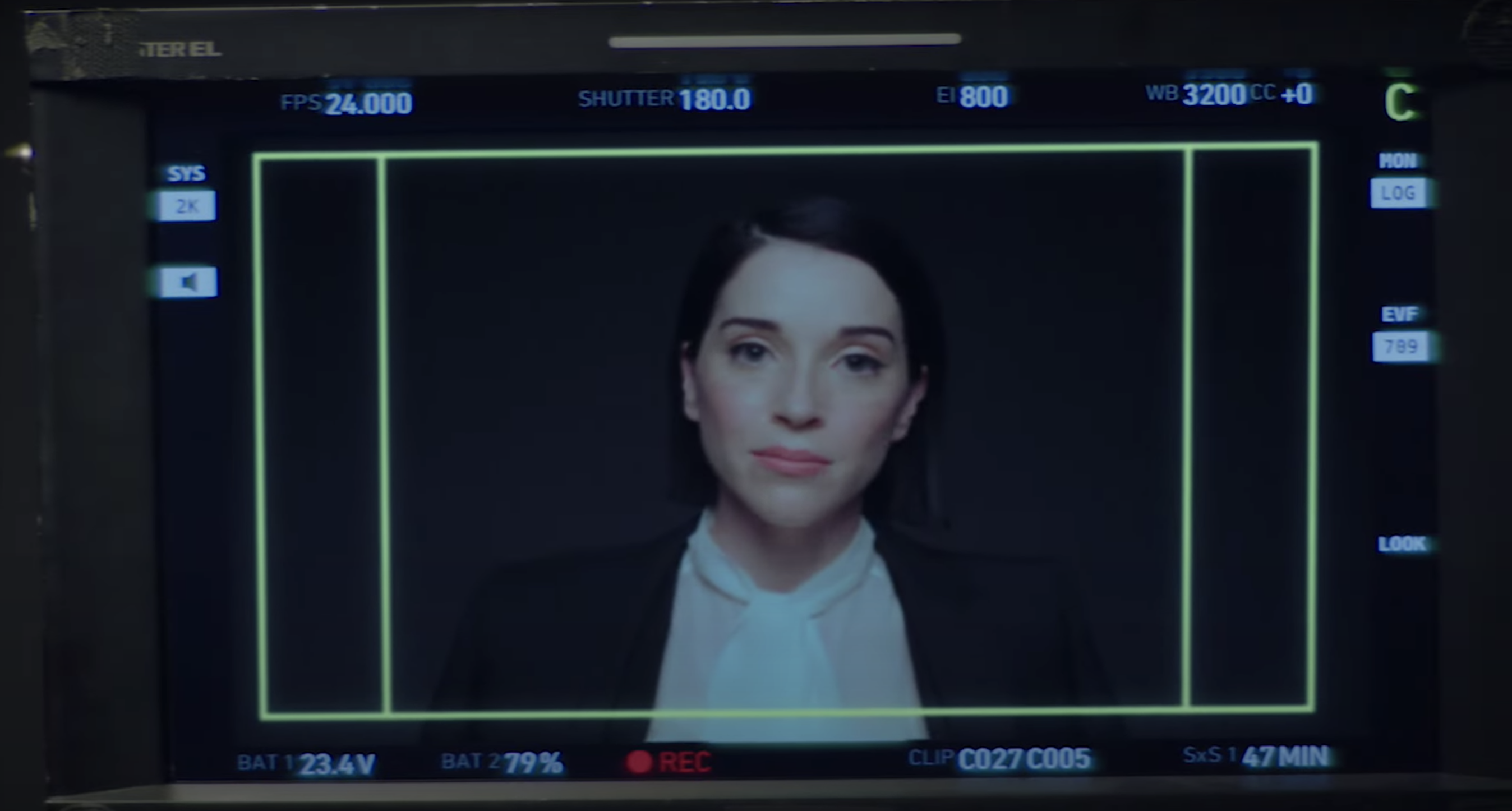 “Even though we were very much interested in deconstructing certain narrative tropes, I still wanted to have somewhat grounded emotional storytelling,” said Brownstein, who stitched together the screenplay with St. Vincent across various cities and during breaks on other projects. “Annie is such a great performer on stage as a musician, but I think she really brought some acting chops to this. She has this fearlessness to her real presence in front of the camera, and that just helped make the heightened movie we wanted to make.”

“One of the things that I am excited about with this movie is that we definitely live in a world where likability and relatability are a real currency, and Carrie being the iconoclastic and punk that she is and me being whoever I am, we just decided to make a film where we’re both unlikable,” said Clark, who’s known Brownstein since her Austin days in the mid-2000s.

St. Vincent fans might recall that she directed a segment of the 2017 Sundance omnibus horror film “XX.” Later that year, it was announced she would direct a gender-flipped adaptation of Oscar Wilde’s “The Picture of Dorian Gray.” The 2017 announcement was the last heard about the project, and its status in the development ether is unknown even to Clark.

“I have no idea. It’s so crazy because at the time we were working on ‘The Nowhere Inn,’ Carrie was set to direct some big movie, I had the ‘Dorian’ thing up in the [air]. I’m used to, ‘Oh I have an idea, I can make a song from start to finish.’ I have a level of agency that doesn’t take as many moving parts, that isn’t such a team sport. We still laugh about the fact that all the projects we had in the ether that this one went,” she said.

“The Nowhere Inn” opens in theaters and on VOD Friday, September 17 from IFC Films.