AMANDA Holden was seen jumping out of a plane today in a sensible jumpsuit after she was banned from wearing a skimpy one.

The 48-year-old, who is raising money for charity,  could be seen zooming through the air during the skydive before pulling off a perfect landing and cheering. 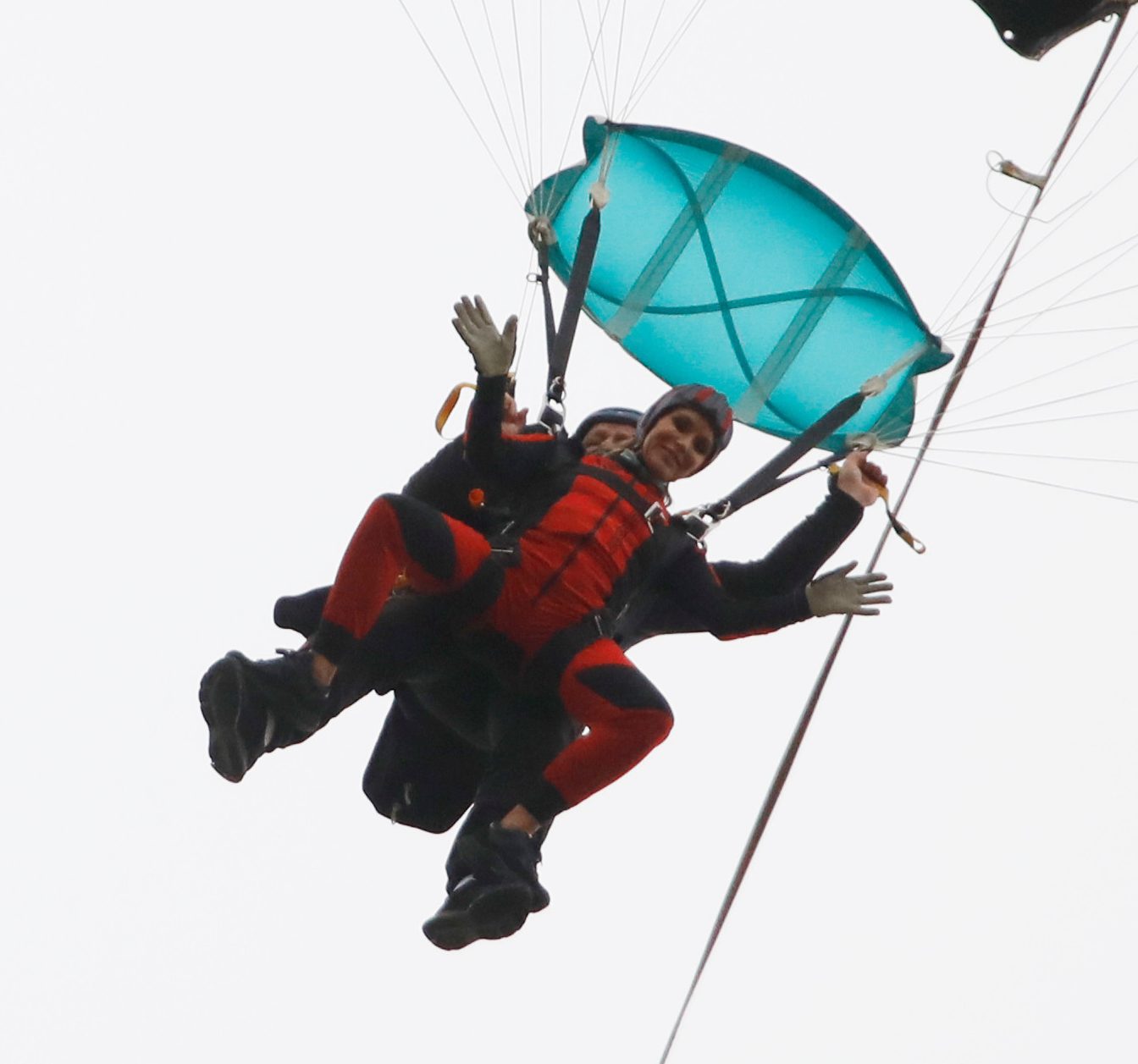 She took the leap out of the plane at 10,000 feet in Brackley, Northamptonshire as part of Heart's Big Skydive in aid of Global's Make Some Noise.

Speaking about the jump, she told the MailOnline: “I can't begin to describe how excited I was in the plane about to jump.

“When the door opened for some mad reason it felt like the most natural thing in the world – it was such an incredible thrill.

"I landed surprisingly smoothly and desperately wanted to do it all again (after a double gin)!” 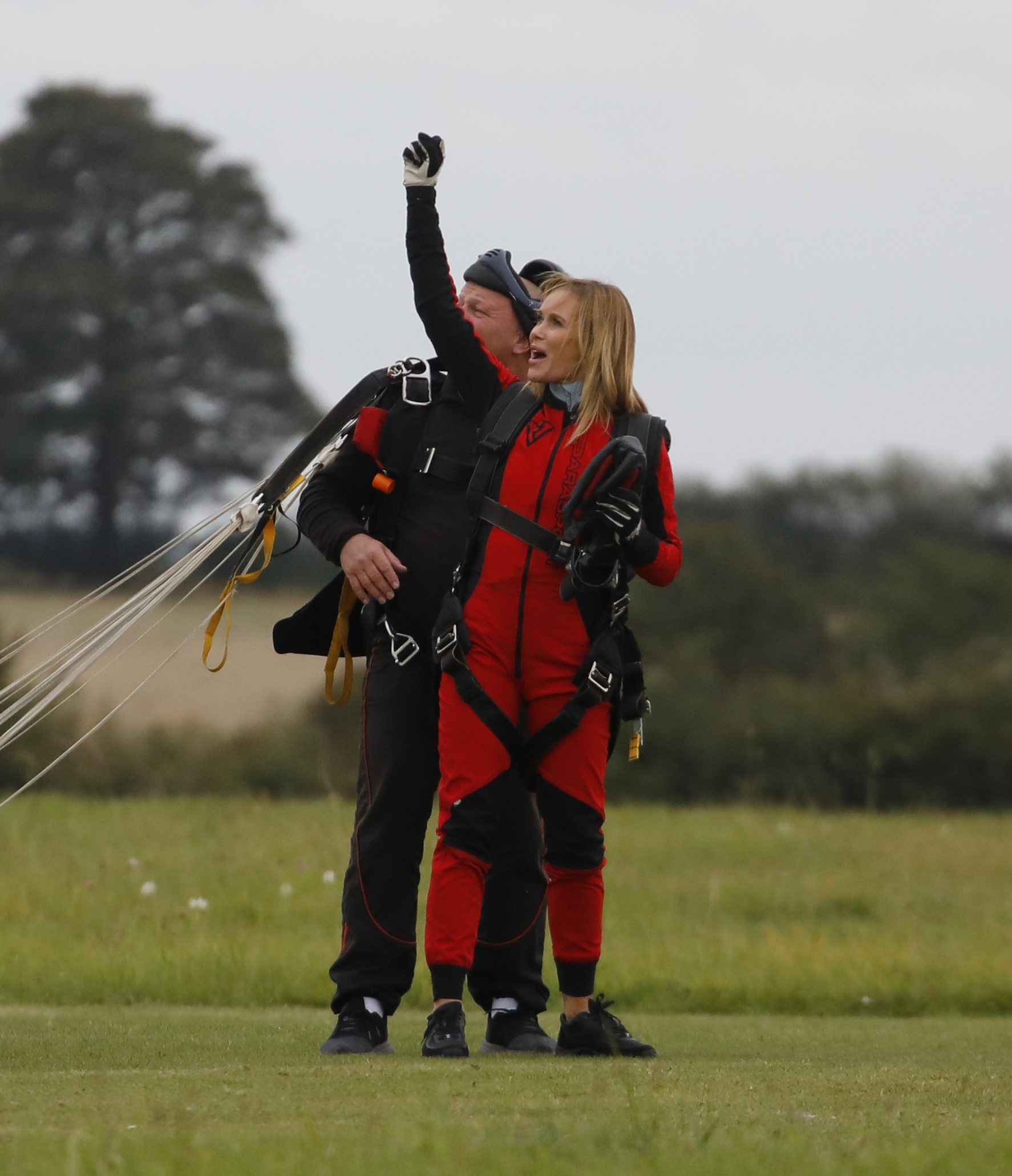 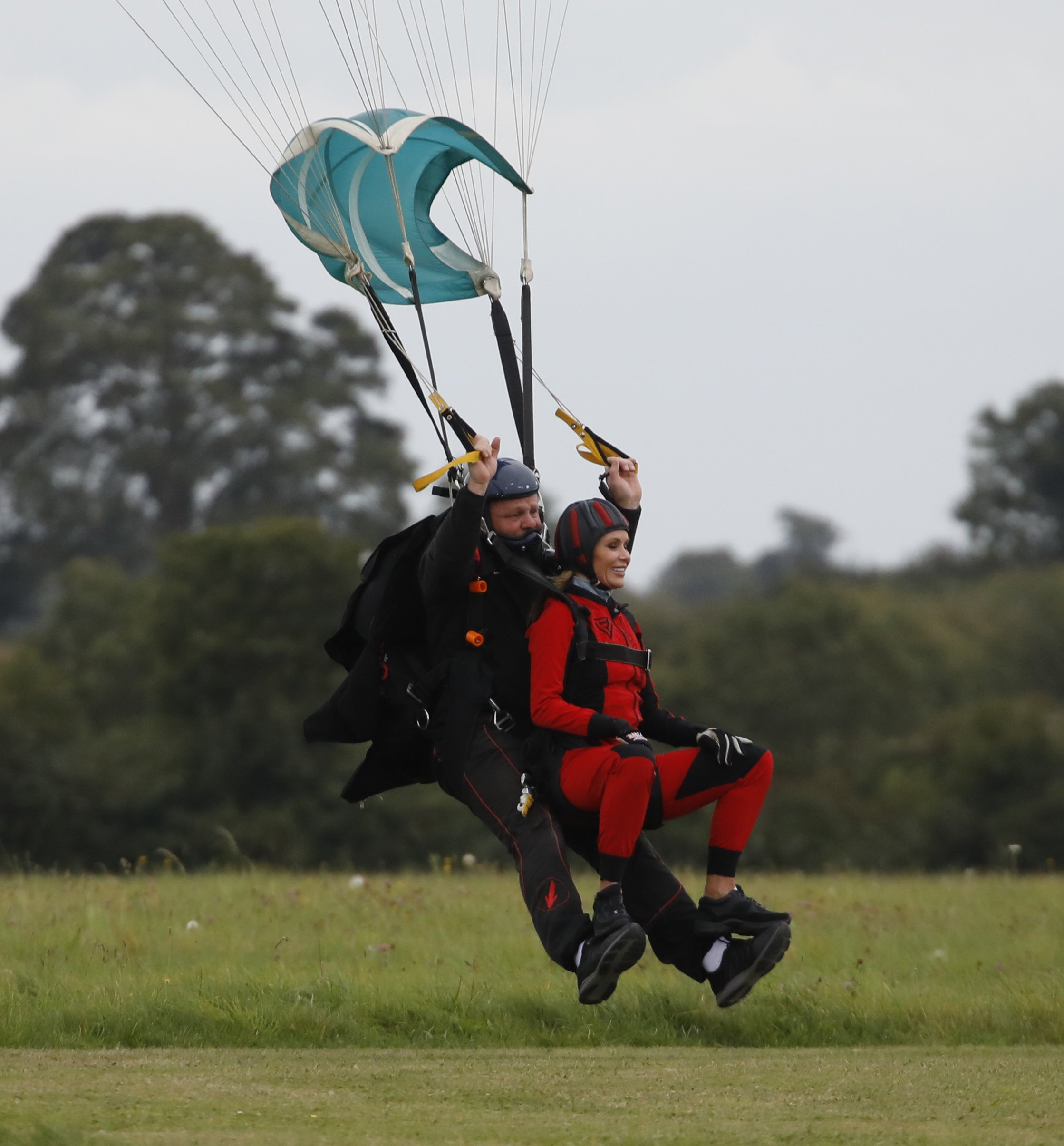 Before taking the leap Amanda – who last month won Rear of the Year, was banned from wearing a very sexy red jumpsuit for the attempt, which is raising money for disadvantaged children.

Bosses told her she must wear something “a little more practical” for the stunt which she did alongside her mum Judy, 69.

She jumped alongside a young person called Charlotte, aged 17 from Rochester, Kent, who was supported by local charity called Hold On Letting Go after she lost her mother in March 2017.

Prior to the jump Amanda said: "I always go on and on to my girls, 'Oh yes Mummy's fearless, girls can do anything, you can do anything' – I am actually quite terrified. 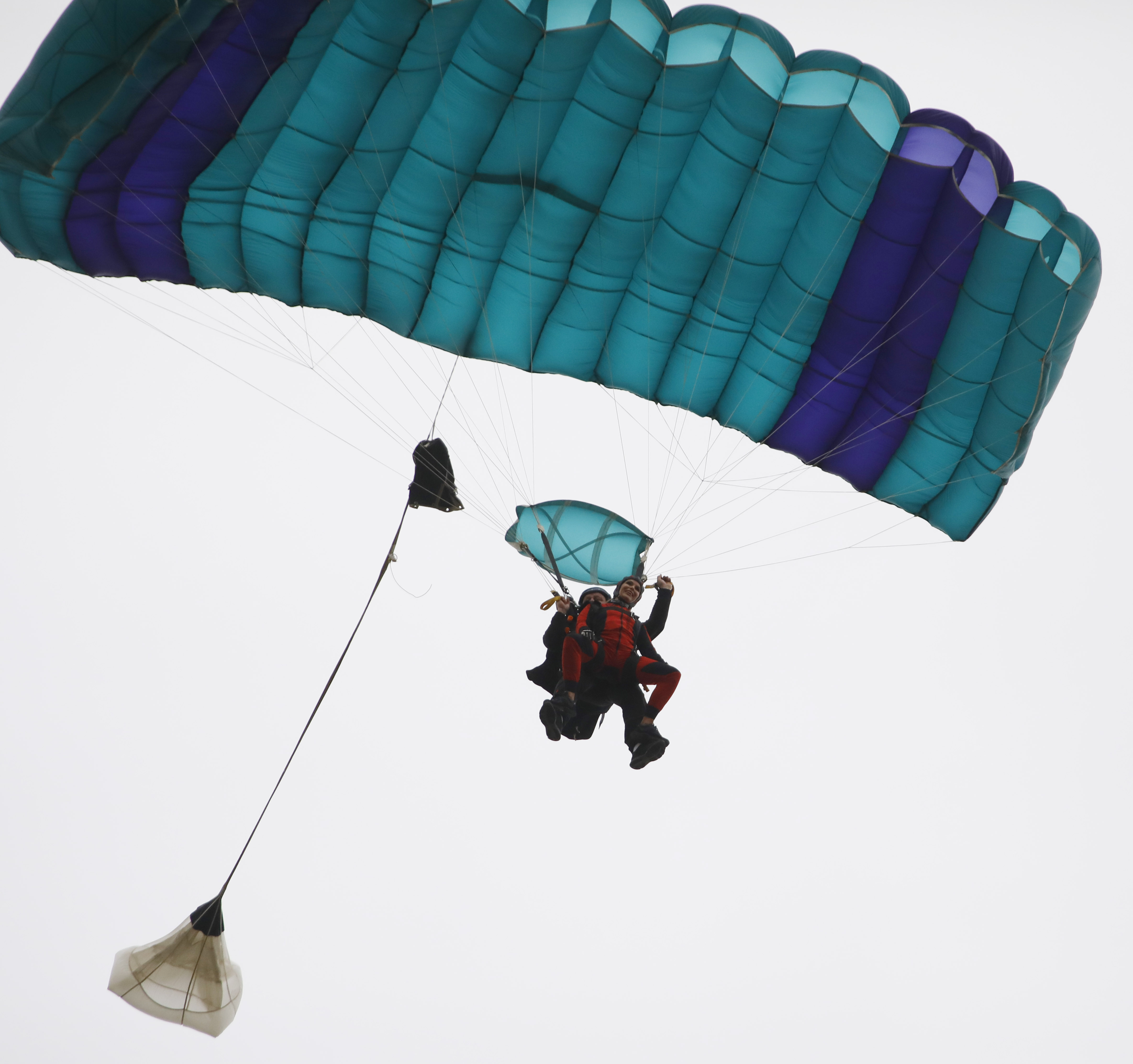 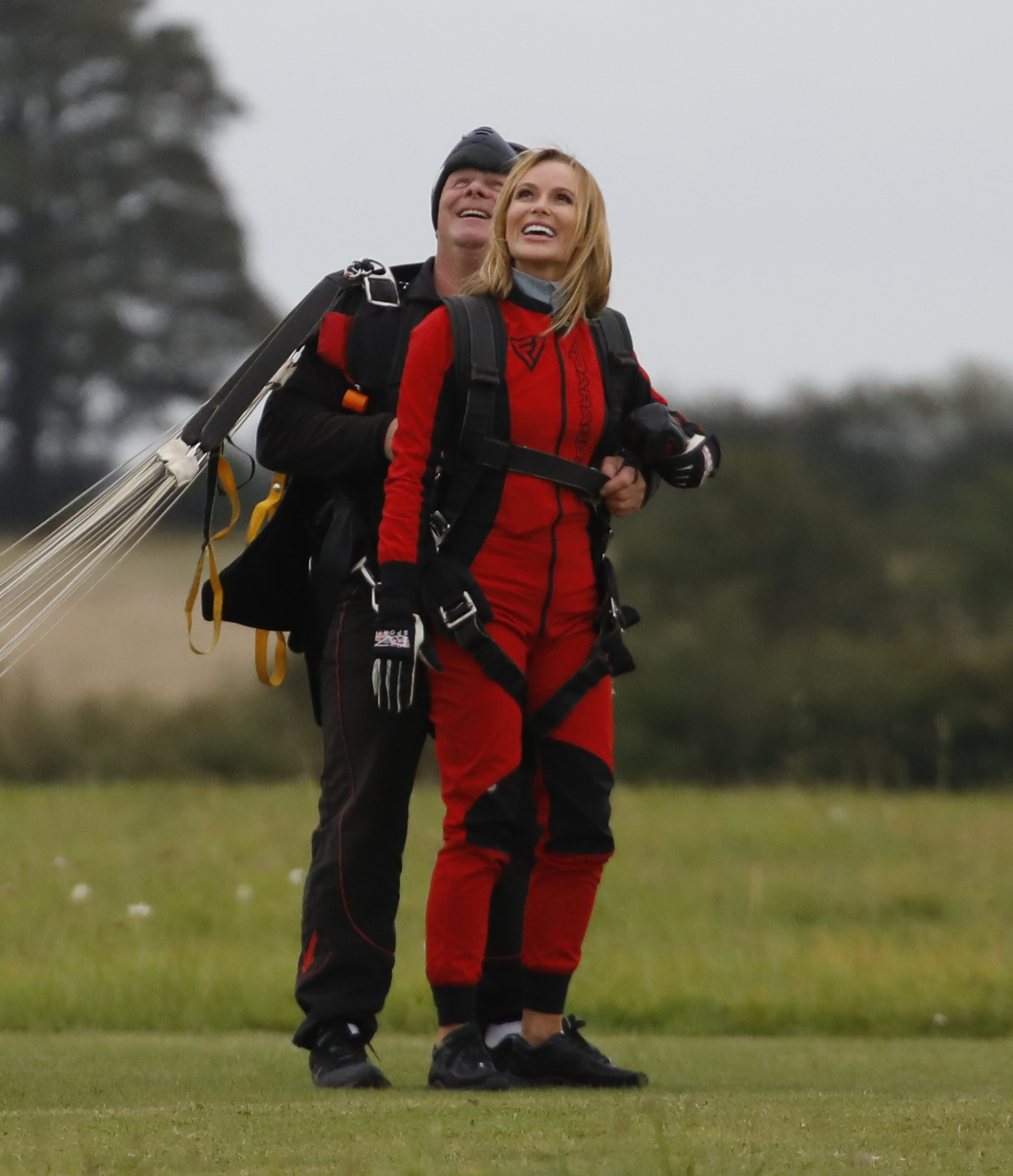 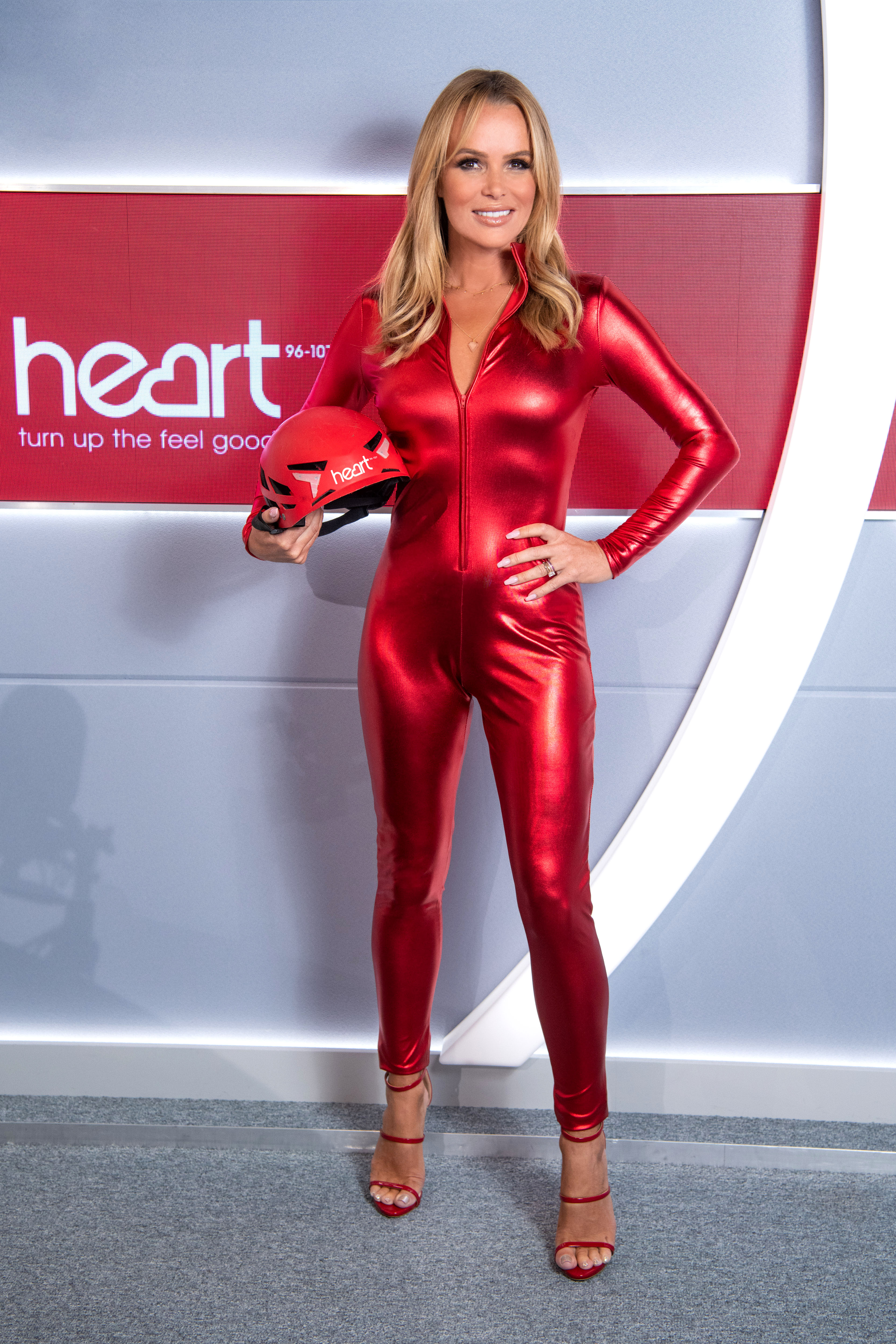 "When I was coming off my holidays over the weekend I actually made myself just keep staring out of the window going 'look at all that patchwork stuff down there, that's Great Britain that is, you're gonna be looking at that next week, and then volunteering to throw myself out'.

"But hopefully I'm going to have a nice strong man or woman attached to me to actually help me."

She continued: "I know that with the money raised we can make some massive life changing differences to incredible small charities across the country, so I will be appealing to you, your lovely selves out there. If you want to see Amanda Holden thrown out of a plane, I feel there's loads of you that might want that, you can also donate to see it happen!"

An AFL footballer has spoken of his deep love and admiration for his missing older brother, as police scale back the search to locate two…

With practicing social distancing comes not much to do and a whole lot more time on our hands, inspiring many different online challenges. From more…

Kelly Ripa begins crying live on air as she admits her kids ‘won’t hug’ her amid coronavirus pandemic Kelly Ripa got emotional on Wednesday, as…

Donald Trump’s has long admitted he tried to set up his daughter Ivanka with Tom Brady to be the ultimate power couple. Tom is now…

Boredom looks good on her! Steve Irwin’s ‘hot niece’ Rebecca Lobie occupies her time in self-isolation by showing off another skimpy bikini Like many other…