All week Rylan has joined Alex Jones on The One Show to host the magazine show and tonight the pair spoke about his next presenting role on You Are What You Wear which starts on BBC One next week. However, Rylan wasn’t impressed when Alex poked fun at his fashion sense as she left him embarrassed when she shared a snap from his past.

Starting the show Alex began: “But first some big news because Rylan is not on the telly a lot but he’s back next week on a new show called You Are What You Wear.

“Now this is exciting actually because this sounds like a really good one.”

“You know what, we filmed this last year and it was supposed to air in March but then then pandemic happened,” Rylan explained.

“Question Time went in that slot, rightly so, and it got delayed but yeah it’s coming back next week.” 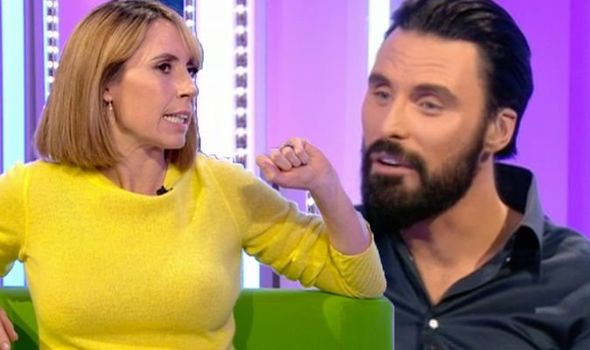 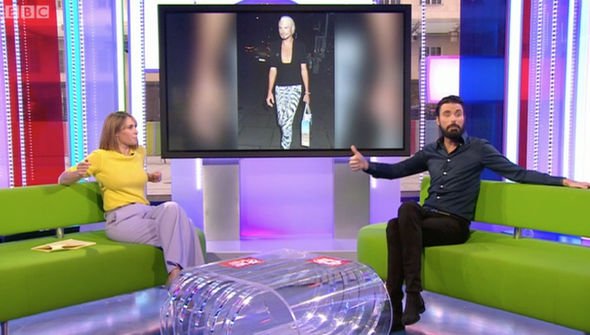 Alex replied: “Lovely! Fashion with a heart. So, if you’re the presenter of You Are What You Wear…”

“Yeah I don’t why,” Rylan remarked as his co-host continued: “I’ve got to ask, what were you thinking with this particular look?” 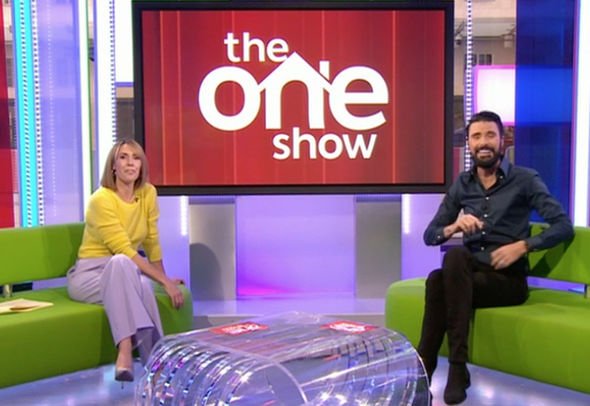 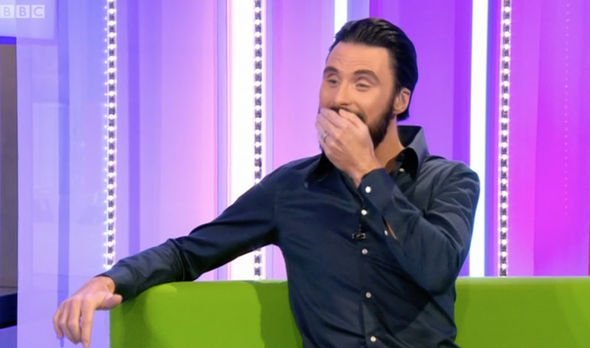 An image of Rylan with blonde locks, printed black and white trousers and a very low-cut black top then flashed up onscreen which didn’t impress the host.

“Right! I have been victimised this week on this show,” Rylan exclaimed before listing off reasons he wasn’t happy.

“You’ve put my book up on online for 90p, you’ve to me dressed like, mind you, they were Versace X H&M, I searched high and low for them, I remember that.”

Alex replied: “It does go to show that dreams do come true, from that to a fashion show.”

It comes after Rylan left Alex red-faced earlier this week when he forced her into showcasing her fake tan fail.

As they opened the show, he encouraged his co-host to show her hands to viewers at home.

Alex was incredibly reluctant to do so before finally revealing her fake tan disaster as her hands were orange.

“I’m sorry, I apologise, it is lovely to be back, but I must reference it,” Rylan remarked. “You’re a woman of the people…”

Realising what Rylan was doing she begged: “What? Stop it! Don’t do it!”

“No, I’m not going to do it,” Rylan replied before asking: “Just wave to everyone at home, give them a little hello?”

Alex eventually waved her hands at the viewers as she revealed her fake tan mishap which took place before the show.

The One Show airs weeknights on BBC One at 7pm.