Prosecutors want him sent back to jail to await trial 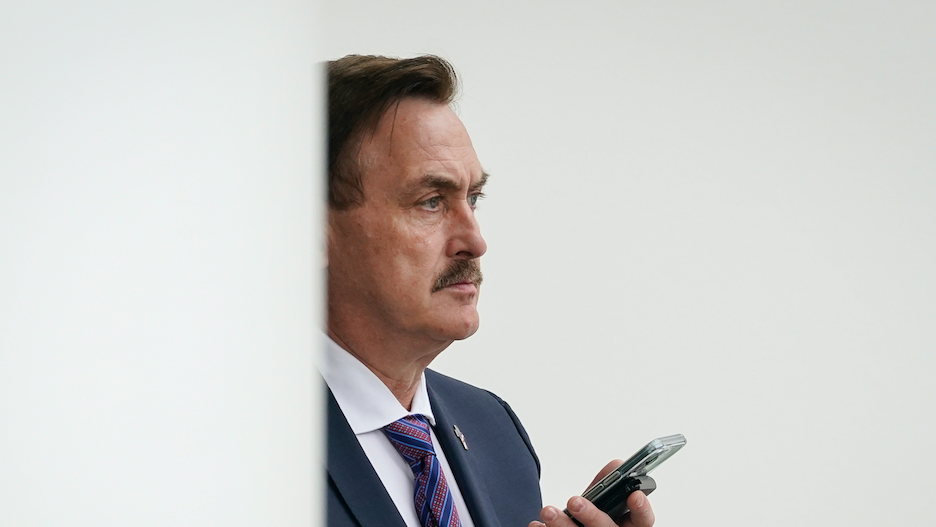 Douglas Jensen, accused of leading one faction of the mob that breached the Capitol on Jan. 6, violated the terms of his release by watching Mike Lindell’s cyber symposium, the government said Thursday. Prosecutors requested that he be sent back to jail to await trial after a pretrial officer found him watching conservative-friendly streaming site Rumble and he admitted to watching two days of last week’s symposium.

The filing notes that in his bond motion, Jensen said he felt “deceived” by Qanon conspiracy theories and that he “bought into a pack of lies.” During the Capitol riot, supporters of former president Donald Trump breached the Capitol in an attempt to stop the certification of President Joe Biden’s 2020 electoral win. Trump and other high-ranking Republicans shared conspiracy theories that the election had somehow been rigged.

“Jensen’s claims of reform cannot be credited, nor can he be trusted to abide by this Court’s orders. Jensen is already subject to the highest degree of supervision, which means there are no additional conditions of release that this Court can impose to protect the public from Jensen or to ensure compliance with the Court’s release conditions. To allow Jensen to remain on pretrial release would be to repose trust in an undeserving individual who has already proven himself unwilling to modify, much less rethink, his behavior after January 6. Jensen remains a danger to the community and cannot be trusted by this Court to abide by any conditions of release,” prosecutors said.

Lindell, founder and CEO of MyPillow, hosted his cyber symposium last week, promising he would share proof of voter fraud in the election that would help reinstate Trump as president. That did not happen and, in fact, his own cyber security experts publicly said they found nothing.