Babygirl Lisa Hamme and Usman Umar certainly had a rocky road to the altar on TLC’s 90 Day Fiancé: Before the 90 Days. But on the May 31 episode, “The Never-Ending Story,” the 90 Day Fiancé stars—52-year-old Lisa, a mom and hospice caregiver from York, PA, and 31-year-old Usman (or “Sojaboy”), a rapper from Nigeria—finally tied the know in Usman’s home country.

The couple’s last few days before the wedding were tumultuous, as usual. Babygirl Lisa accused Usman of cheating behind her back, while Usman’s mom and brothers wondered if he was making the right decision about his bride—especially after she fought bitterly with his two older brothers, Faruq and Muhammed, the night before the wedding.

Still, Usman and Lisa walked down the aisle with his family looking on. And 90 Day Fiancé fans had plenty to say during the episode, chiming in about everything from Lisa’s polka-dot cupcake dress to Usman’s relatives’ less-than-enthused reactions to the bride and groom. 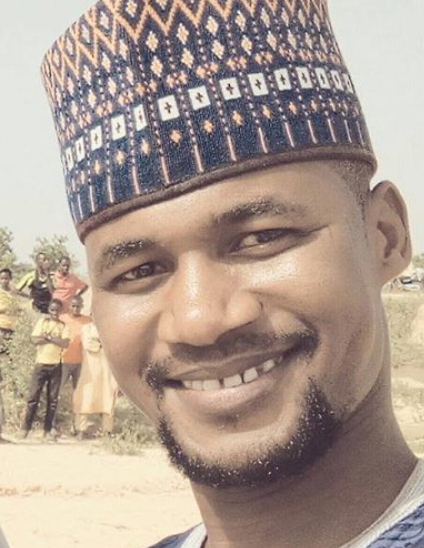 When Babygirl Lisa emerged for her wedding day in a shiny white dress—complete with a poofy skirt, polka-dot sleeves, and no bra—Usman seemed excited to greet his bride. But 90 Day Fiancé fans didn’t share the groom’s enthusiasm for the look.

@aniq_fashion_house ty for the beautiful design an tailor of my gowns

Another critic agreed that the dress wasn’t too flattering. “Afterseeing Lisa’s dress… I guess I now understand why she was worried last weekabout people thinking she was knocked up,” they joked.

And, of course, many fans just wanted to know why Lisadecided not to wear a bra (as she announced proudly to Usman on the episode). “BabygirlLisa didn’t wear a brassiere in her wedding dress?” a 90 Day Fiancé fan wroteincredulously.

Once Babygirl Lisa and Usman arrived at the marriage registry for their wedding, the silence in the room was—to put it mildly—tense and awkward. Usman’s brothers and mother admitted they had major doubts about the match, especially due to Lisa’s age and likely infertility, as well as her attitude towards Usman.

Although Usman’s relatives attended the wedding itself (unsmilingly), his mother didn’t go to the reception—instead claiming she was sick.

Ladies and Gentlemen SOJABOY is here to say thank you for all the support and love , I pray to GOD for everyone to succeed in whatever you are doing amen ? #HappyEid-Mubarak .. #sojaboy #connect #90daysfiance #90dayfiance #90daysbeforethe90days #peacelovehappiness

Needless to say, many 90 Day Fiancé fans assumedUsman’s relatives weren’t happy about the wedding. “Usman’s family always has alook of disgust on their face when Lisa walks into the room,” one viewer pointedout on Twitter.

Despite Usman’s mom’s absence, he seemed to enjoy himself at the wedding reception. In fact, he sang the now-infamous ‘Babygirl’ song that he allegedly wrote for Lisa. And many 90 Day Fiancé fans were officially over it.

Another quipped,“Usman croaking out that dry a** song.”

Still others thought Usman could use his songwriting abilitiesto write a very different kind of tune in the future. “I’m pretty sure Usman isalready writing the divorce song,” a critic joked.

And from the looks of it—and Lisa and Usman’s relationshipsince their wedding—the “haters” might not exactly have been wrong.