Why Should I Watch? By the time Season 3 premieres, it will have been more than four years since “Master of None” last dropped new episodes. Obviously, a lot has changed — as has the new season, which moves Lena Waithe’s supporting character from Seasons 1 and 2 into the spotlight. Season 3, subtitled “Moments in Love,” follows Denise and her partner Alicia (played by Naomi Ackie) as they work through long-term relationship highs and lows, including fertility challenges and divergent personal growth.

Co-creator and executive producer Aziz Ansari will still appear in the series, but his main duties have shifted to writing and directing; he helms all five episodes and co-writes the scripts, as well. Can Season 3 capture the old spark that saw “Master of None” honored with three Emmy Awards and 12 nominations?

Bonus Reason: Ansari’s investment in romance is far from a fleeting endeavor. The former “Parks and Recreation” goofball is much more serious about his studies in real-life, having published a research book titled “Modern Love” with American sociologist and New York University professor Eric Klinenberg shortly before “Master of None” Season 1 came out. His inquisitive nature could be seen in how he created identifiable and distinct storylines for the first two seasons.

Yes, Ansari faced a sexual misconduct allegation in early 2018, but the stand-up comedian took time out of the spotlight before returning for a well-received 2019 special that included an apology. Ansari has never framed himself as an authority on romantic relationships so much as a man who wants to better understand them. It seems like he’s been doing just that, making his latest findings via “Master of None” Season 3 all the more intriguing. 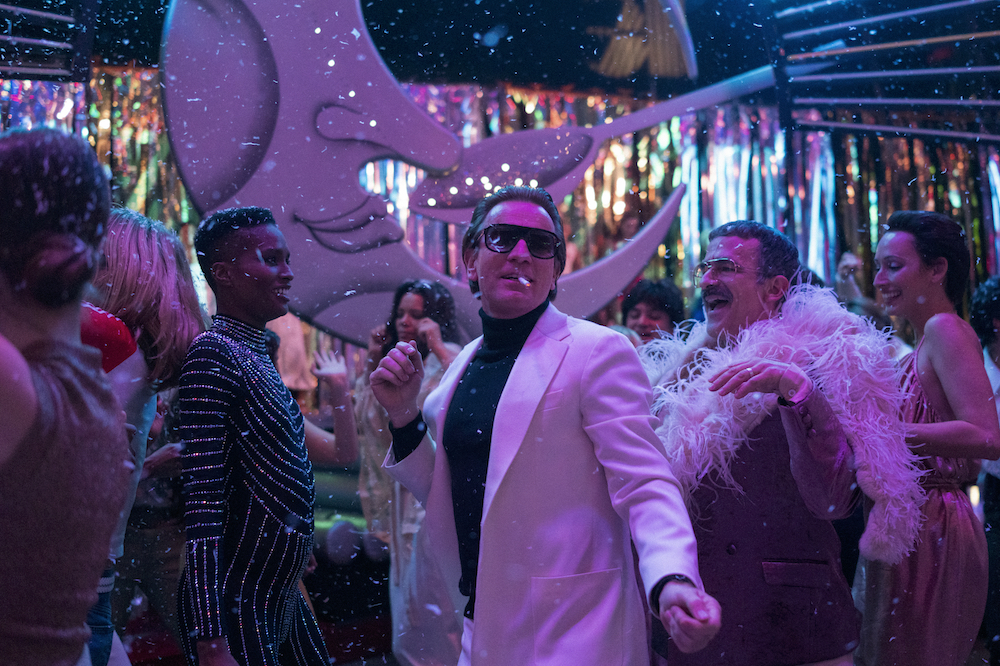 Why Should I Watch? Well, here we are again. Another Ryan Murphy series is on the horizon. It features a star-studded cast led by a bonafide A-list talent. The limited series tracks a real-life figure through a distinct period of American history. Oh, and it may be the most style-forward show Murphy has ever steered, which is really saying something. “Halston” follows the legendary fashion designer (played by Ewan McGregor) as he builds a fashion empire in ’70s and ’80s Manhattan. As usual, every element of this sounds to die for, but by now, everyone should know better than to blindly trust the project’s bonafides. After all, we’ve said, “How could this go wrong?” about “Hollywood,” “Ratched,” “The Politician,” and “The Prom” — there’s simply no telling if “Halston” will be worth watching until the critics chime in. 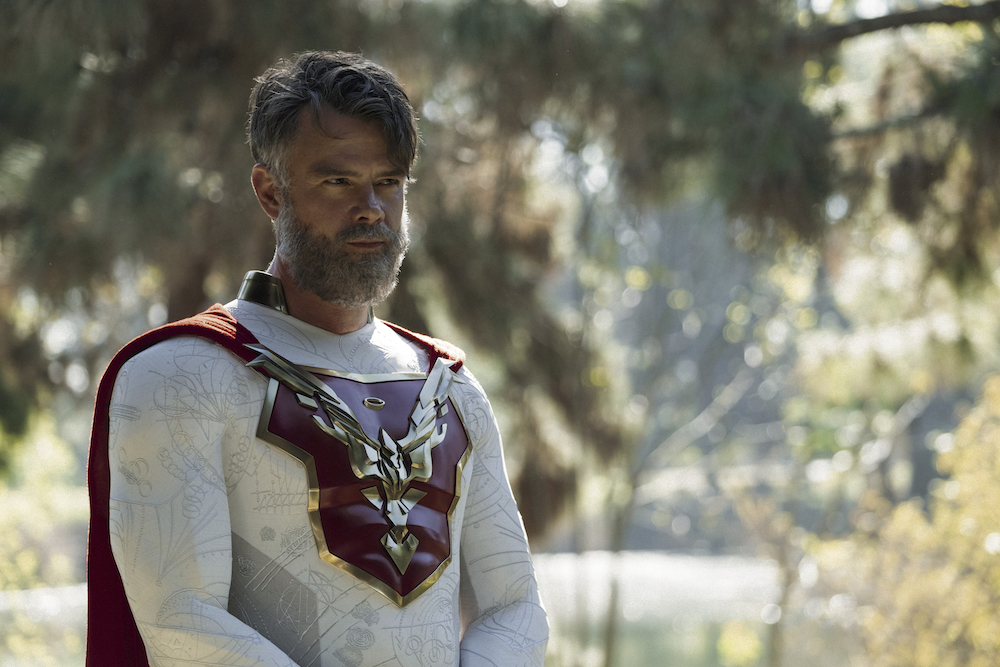 Why Should I Watch? Um, did you see Josh Duhamel’s beard? What about his intricately patterned ensemble? Don’t you want to know what all those rings and stars and… flowers stand for? In “Jupiter’s Legacy,” the “Transformers” star oft-confused with Timothy Olyphant plays Sheldon Sampson by day, The Utopian by night (so to speak), the leader of a superhero team known as The Union who represent the world’s first generation of superheroes. Now, as the group gets older, their children are asked to continue their legacy, and if you thought trusting your kid to take over the family plumbing business could cause friction, imagine trusting them to save the world for you. Tensions are tested, the public chimes in, and all must be solved if the world is to be saved in this decades-spanning drama based on the graphic novels by Mark Millar and Frank Quitely.

Bonus Reason: How many superhero shows can TV handle? Just in the past year, we’ve seen new series like “WandaVision,” “The Falcon and the Winter Soldier,” Amazon’s “Invincible,” as well as new seasons of “The Boys,” “The Umbrella Academy,” and everything on The CW. I’m sure I’m missing some, which just speaks to the rampant proliferation of the genre, and now Netflix is adding a whole new batch of heroes set within their whole new universe on a whole new show — is it too much? Can the multitude of comic book heroes translate to mass audiences on TV? And that, really, is the question: If more of these shows were low-budget offshoots aimed to court niche subscribers, perhaps the high volume of small-screen caped crusaders would feel more sustainable, but “Jupiter’s Legacy” is another big-budget entry that will need a wide viewership base to succeed — aka, to make more than one season. Considering Netflix, in particular, isn’t known for keeping its series around for more than three or four years, the streamer will likely play a part in either expanding the bubble or breaking it. 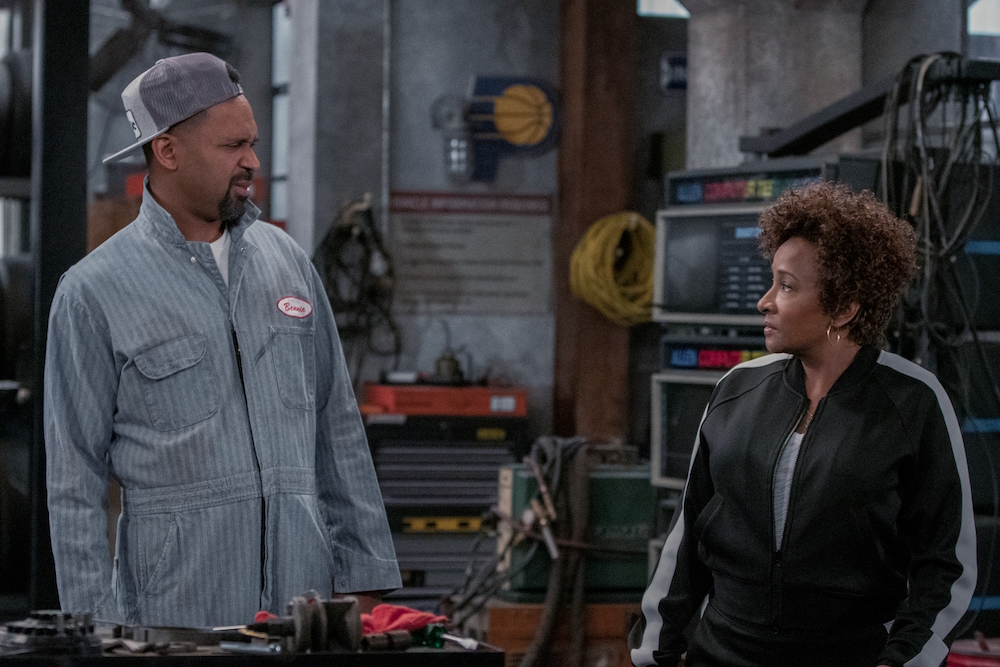 Mike Epps and Wanda Sykes in “The Upshaws”

Why Should I Watch? Though she’s earned recent Emmy nominations for guest star roles in hit series like “Black-ish” and “The Marvelous Mrs. Maisel,” Wanda Sykes hasn’t been a full-fledged, onscreen series regular since “The New Adventures of Old Christine” went off the air in 2010. Frankly, that’s too long to be without a weekly (or bingeable) dose of Sykes’ biting comic style. In “The Upshaws,” she’s joined by Mike Epps and Kim Fields as part of a working class Indianapolis family who are trying to keep the family together — and on the upswing. It’s a classic multicam sitcom set-up, and with Sykes providing the supporting bits of humor, that may be all you need to kick back and laugh along with the Upshaws.

Bonus Reason: I gotta go with Wanda Sykes again! She’s the best! Sorry to double down, but she deserves it. The woman has 14 Emmy nominations, including three just last year — and she’s won one! Give it up!

Why Should I Watch? The first season of Ryan O’Connell’s Netflix series was a charming almost-short-form comedy, with episodes clocking in around 15 minutes each that were all the better for it. O’Connell serves as creator, writer, and star, adapting his own memoir (titled “I’m Special: And Other Lies We Tell Ourselves”) with wit and insight while playing Ryan Kayes, a gay man with cerebral palsy who kicks his personal ambition into overdrive when he’s hit by a car and worries about how little he’s accomplished after 30-ish years on Earth. More streaming comedies could benefit from taking such an efficient route to their debut seasons, as “Special” found its voice without slowing down to fill time it didn’t need. Now, in Season 2, episodes have expanded to the standard half-hour format. Everyone should be excited to see how it turns out.

Bonus Reason: This cast is strong! O’Connell is a talented physical comedian with sharp line deliveries, Jessica Hecht (who plays Ryan’s mother) built her long-repressed character with savvy looks and gestures, while the supporting cast around them more than carried their own. “Special” has all the makings of a delightful sitcom, and Season 2 should give you even more of what you already love. 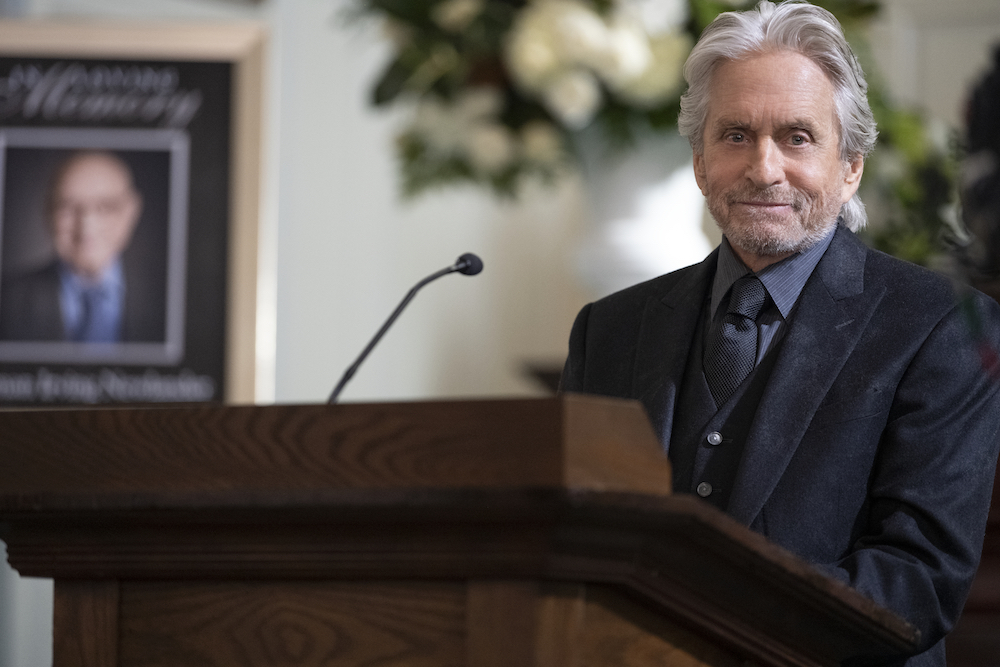 Michael Douglas in “The Kominsky Method”

Why Should I Watch? It’s the end! After three seasons, six Emmy nominations, and one lead’s departure from the show, “The Kominsky Method” is coming to a close. When Season 3 begins, Michael Douglas’ acting teacher Sandy is forced to reassess his life without his best friend and agent, Norman Newlander (played by Alan Arkin, who’s doing fine but no longer part of the series). Further complicating matters is the arrival of his ex-wife Roz (played by Kathleen Turner) and her impact on their daughter Mindy (Sarah Baker), who’s still dating an older partner, Martin (Paul Reiser). Chuck Lorre’s prestige TV offering will wrap up with more frank discussions about typically taboo topics like death and money, so hearing what these elder statesmen have to say about a life well-lived could be worth hearing. At the very least, these actors are worth watching.

Bonus Reason: Joining the final season as guest stars are Morgan Freeman and Barry Levinson, playing fictional versions of themselves (this is still a showbiz tale, after all), as well as returning actors Lisa Edelstein, Emily Osment, Graham Rogers, and Haley Joel Osment. If those names aren’t enough, consider this: It seems like a safe bet “The Kominsky Method” will once again be nominated for Best Comedy Series at this year’s Emmys, and if you’re going to complain about other shows being shut out (and who doesn’t?), then you’ll need ammunition for why actual nominees weren’t as deserving.

Why Should I Watch? Speaking of death, executive producers David Fincher and Tim Miller’s series of animated shorts is set to return with eight new episodes this month. “Love, Death + Robots” featured a dizzying array of artistic style in its initial, 18-episode launch two years ago, with each episodic story themed around the eponymous topics, while typically toying with the science fiction genre and incorporating plenty of adult material, be it violence, nudity, or existential dread. Season 2 is shorter in both episode count and length, with entries spanning from four to 15 minutes, but it will still highlight a different storytelling team for each entry, as well as vibrant, varying animation techniques.

Bonus Reason: Tim Miller of “Deadpool” fame is directing one episode himself, and the rest of this season’s helmers include: Jennifer Yuh Nelson, Alex Beaty, Robert Valley, Simon Otto, the Meat Dept. (aka Kevin Dan Ver Meiren, David Nicolas, and Laurent Nicolas), Elliot Dear, and the four-person team of Leon Berelle, Dominque Boidin, Remi Kozyra, and Maxime Luere. The voice cast is still being announced, but we do know Michael B. Jordan will lend his vocal talents to Beaty’s Episode 2.

The Rest of Incoming TV