Lazy tropes like the “magical negro” (the spiritually wise, elderly black character who assists a white hero on his journey) have already been rightly (and hilariously) skewered by many commentators. Now, six Digital Spy contributors have isolated their own particular bugbears.

1. Interracial couples always have a white half 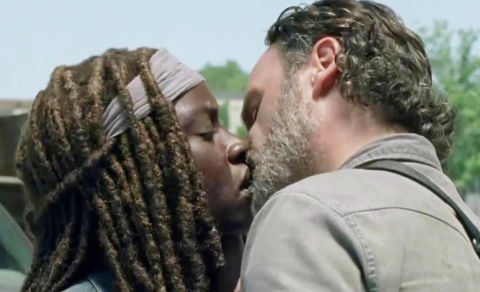 Picture an on-screen interracial couple. Is it a white woman and a black man? Or a white man and an Asian woman?

Even if we ignore how heteronormative this is – as Hollywood is wont to do – it’s shocking that so many movies and TV shows still present such a reductive worldview in this multicultural age. These relationships almost unfailingly include a white person, whether they’re dating someone from the black community (The Bodyguard, How to Get Away with Murder), someone of Asian descent (The Big Sick, Crazy Ex-Girlfriend), or someone of Latino heritage (Maid in Manhattan, Glee).

The average director – who is, statistically speaking, white, male and middle-aged – seemingly cannot conceive of a partnership that doesn’t somehow reflect his own racial identity. Where are the black/Asian romances? The Latino/Middle Eastern lovers?

In the modern imagination, white remains the default to which everything else must relate.

Anyone who’s ever listened to World Cup commentary knows that even seemingly positive stereotypes can be troublesome, limiting and backhanded (African teams are “athletic” but “naive”, the Germans “well organised”). So it is with Smart Jews on telly and in the movies.

But why complain about being portrayed as clever? It’s better than being hook-nosed, nasal, moneygrabbing Christkillers, isn’t it? No. Because it’s only one small step from Smart Jews to Sly Jews. A cunning cabal in control. Wily agents (Entourage), scientists (Independence Day) and lawyers (too many to mention) who are pulling all the strings.

Too much brain to even allow the possibility of brawn. Torah instead of testosterone. Smart Jews aren’t Sexless Jews but they’re certainly not Sexy Jews – rather, they’re lewd and lascivious. The Wandering Jew with the wandering eye and wandering hands (like The Simpsons’ Artie Ziff), especially when they come near WASPy princesses.

But Real Jews, in fact, are like… everyone else. Smart and thick. Slim and thicc. Nobel winners and ne’er-do-wells. Oh, and white, black and brown, too. 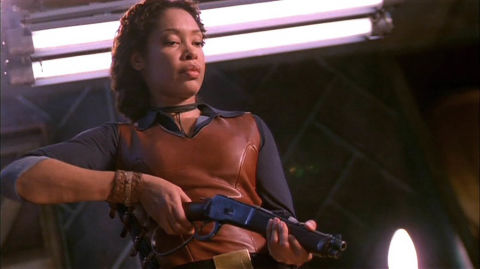 She’s tough, she’s ballsy, nothing affects her, nothing fazes her. Does she have complex emotions? Vulnerabilities? Layers of any kind? Not really. But that’s unimportant because she’s straight talking, hard as nails and will certainly kick your ass without a second thought. (Or cut your head off, if you’re in Kill Bill or The Walking Dead.)

The ‘strong black woman’ was raised in a tough environment, she’s seen some things, and as a result her only purpose is to provide grit, volatile anger and unflinching violence. As is often the case in the real world, black women aren’t granted the luxury of displaying typically ‘feminine’ or ‘soft’ characteristics. 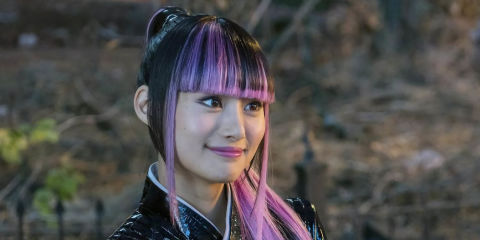 What do Mako Mori (Pacific Rim), Knives Chau (Scott Pilgrim vs the World) and Yukio (Deadpool 2) all have in common? Well, in addition to being ass-kicking Asian women, they all miraculously seem to have the same hairstylist.

The recurring “badass Asian woman with colourful streaks in her hair” trope was born out of a need to quickly signify strength and rebellion in female Asian characters – to counter another negative stereotype of Asian women, namely that they are meek and subservient.

Colourful punk hair has long denoted “alternative” characters, but while TV and the movies have moved on from this lazy trope for white characters, it has consistently kept the motif among strong, Asian women – with a consequence of making the Asian characters seem outdated and two-dimensional, forever in the shadow of their white counterparts.

Asian women deserve multifaceted representation and Claire’s Accessories clip-ins do not a strong Asian woman make. It’s time to retire the trope and dig a little deeper when designing Asian characters. There’s more to them than good fighting skills and a love of blue hair dye. 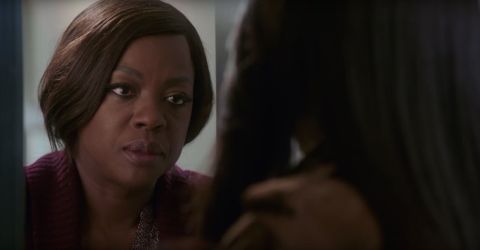 There has always been a notion that anything black or dark is terrible, while things which are white or light tend to be pure and good. Phrases and stock characters representing this stereotype predate visual media, but their effects are still with us.

Black or mixed-race actresses who bag lead roles tend to have lighter skin tones. Think Halle Berry, Zoe Kravitz, Laura Harrier, Zendaya, Thandie Newton, Tessa Thompson, Paula Patton, Amandla Stenberg and Zoe Saldana. It seems these women get to lead while darker women have to follow. Being lighter-skinned is seen as more “palatable”, “universal”, and as Zendaya has said herself, “acceptable” in Hollywood.

There are of course, exceptions. I bet right now you’re thinking to yourself, “What about Angela Bassett, Letitia Wright, Danai Gurira or Lupita Nyong’o?” Well, those are four women who all appeared in Black Panther, a film set in a fictional, uncolonised African nation, with a black filmmaker who went out of his way to make sure actresses who were darker skinned were cast. They were just that – exceptions. They still aren’t the rule. 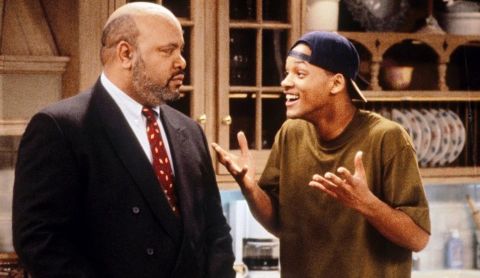 Just like every family unit, the black family has its fair share of struggles. Bad days at work and conflict at home are universal concepts that are certainly not limited to any race. Despite these hurdles, black television of the ’80s and early ’90s allowed me, growing up, to see something that I wanted to obtain: perseverance through struggles via the unbreakable element of family unity. Today some programmes portray black families as valiant and courageous, but many kids’ experience now is clouded with images of separation and scandal.

The most-watched black “family” shows include narratives like managing a nightclub in the midst of a hotbed of drug transactions (Power), the dark secrets of a Memphis megachurch (Greenleaf), and a drug dealer-turned-hip-hop tycoon being haunted by his devious ex-wife (Empire). While these shows are riveting to many, the inspiration factor has grossly diminished. Growing up, I was hooked every week to the story of a black doctor and his lawyer wife helping their children and grandchildren navigate through life. To the activities of a guy from West Philadelphia (born and raised) who moved to the “mean” streets of Bel Air, California. And to a show that was literally titled Family Matters.

In fact, The Cosby Show (I’m separating Cliff Huxtable the fictional character here from Bill Cosby the person, of course) was so instrumental to my life, that it became a template of what I wanted to become when I grew up: a married doctor with a big family. As a result, I am now a married PhD candidate with three kids.

Yes, those TV families lacked the drama of the “realism” that we watch today, but they gave me a sense of hope, a chance to step out of reality and create the dream of what I wanted to be.