Another Emmy season has come and gone and now all that remains is the clean-up. While crews are almost certainly still putting things back in order on the outdoor deck of LA Live, when it comes to entertainment journalists, we’re left to try and make sense of the season that was and the seasons yet to be. So through the hazy aftermath of another Primetime Emmy Awards ceremony, here are the major lessons of the 2021 Emmy Awards season.

It was an event nearly a decade in the making but the streaming service that revolutionized television finally had their moment in the sun. Sunday night at the 2021 Primetime Emmy Awards ceremony, Netflix won 10 awards, including the prizes for both Outstanding Drama Series (“The Crown”) and Outstanding Limited Series (“The Queen’s Gambit”), the first Series wins for the company and the first time Limited Series has gone to a program from a streaming service.

Perhaps Netflix’s most impressive accomplishment of the season, however, was the 44 total Emmy wins it garnered between the Creative Arts and Primetime Emmy ceremonies, tying for the most ever wins by a network in a single year — a mark originally set by CBS 47 years ago, in 1974.

It’s a record simultaneously more and less impressive given the passage of time. While CBS won 44 Emmy Awards in 64 categories, 69 percent of all eligible awards, they were also only in direct competition with three other networks, ABC, NBC, and PBS.

In comparison, Netflix won 44 Emmys in 119 categories (give or take a few juried awards), but did so in the face of an absolutely mind-boggling amount of competitors. Twenty other content providers won Emmy Awards this year, not to mention those nominees who left unrewarded, much less those who went wholly unrecognized by the Television Academy with regards to nominations.

The Winnowing Window of Winning an Emmy

Very smart people have historically spoken about how a recent phenomenon plaguing the Emmy Awards is the idea that Television Academy voters only watch the shows they watch and, therefore, only vote for the shows they watch. While that sounds fine, the reality is that because we’re living in a time of Peak TV, despite having an absolute smorgasbord of programming to choose from, voters are content to vote according to their DVRs, leaving a lot of worthy TV out to dry when it comes to garnering the valuable love (and media boost) that comes with awards recognition.

This isn’t a tenable system and it does a disservice to all of the great television currently being produced. There has to be a better way to recognize TV’s remarkable range, and it’s on the Television Academy to find it. 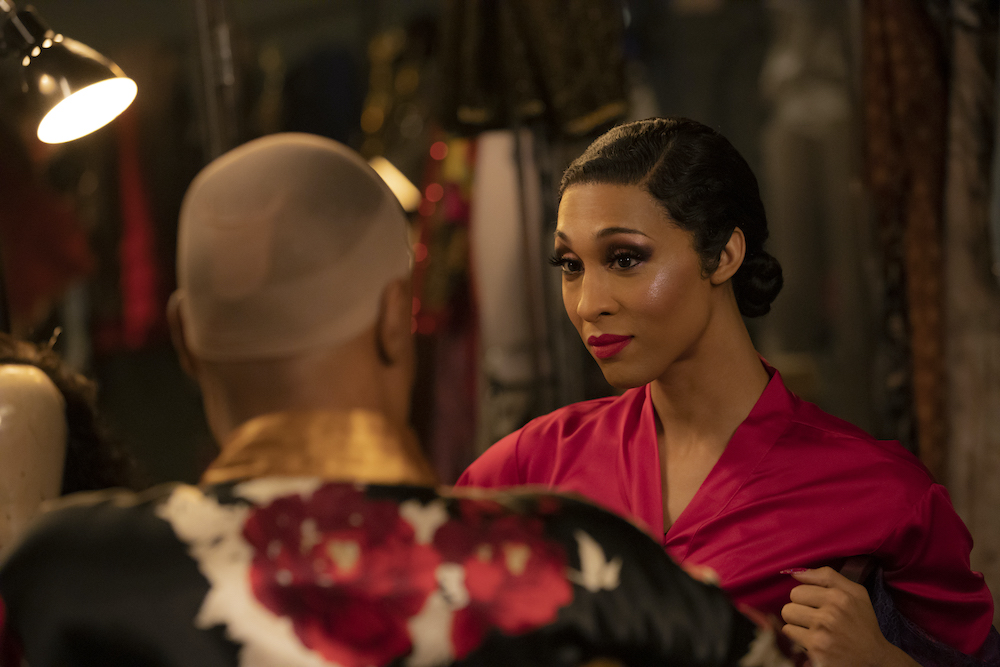 After a promisingly inclusive batch of acting nominations in June, the Primetime Emmy Awards exclusively awarded white actors at Sunday night’s ceremony. It was a disappointing result in a diverse and exciting field which featured fantastic performances from Michael K. Williams in “Lovecraft Country,” Michaela Coel in “I May Destroy You,” and Mj Rodriguez in “Pose,” just to name a few. Instead the results were wholly white-washed, a result that ties directly into the issue of exclusionary Emmy practices discussed above.

When Emmy voters vote for a single show in bulk, as with “Schitt’s Creek” last year, or “The Crown” this year, it can often serve to further homogenize the resulting awards. Voting for “The Crown” en masse is a guarantee to have a bunch of white acting winners because the royal family — as we’ve seen with poor Meghan Markle — prefers to stay as pale as possible with the company they keep.

If you vote for “Schitt’s Creek” en masse, you’re going to have a bunch of white acting winners because it’s a series about a white family, living in a primarily white small town.

If you insist on only watching TV series about white people and then exclusively vote for those shows for Emmy Awards, this is what you get.

The field, the offerings, the talent, the stories, the narratives, they’re all diverse. What’s not diverse is what voters are watching.

As we come to the end of another pandemic-disrupted Emmy season, we’ve come closer than ever to a vague version of normalcy, as witnessed in the before times. There was an in-person show, populated with celebrities who looked delighted — except on the red carpet — to be back together to celebrate each other and what they love and/or enjoy a free meal and open bar.

But one of the Emmy stalwarts still missing from the season was true For Your Consideration events. In the past, these would be expansive events allowing voters a window into shows they might have missed, elements from the sets or behind the scenes, in person events with talent, and an over-all more interactive and connected way of building buzz for series that might otherwise be overlooked.

Streaming services — which now include HBO, since the premium cable network has taken to lumping its wins in wholesale with WarnerMedia’s OTT streaming counterpart HBO Max — dominated this year’s Emmy Awards and at some point you have to wonder if a lack of FYC events could have something to do with it. With Emmy voters largely still isolated in their homes, is it just easier to stick with your queue when it comes to voting, without a physical event to demand your attention and, by extension, your vote?

Impossible to say, until maybe next year, when we’re one step closer to whatever our new normal becomes.