A new roller coaster being developed at a Middle Eastern theme park will race to set new records as the world’s fastest coaster, carrying passengers at more than 155 miles per hour.

The ride, named “Falcon’s Flight,” will also be the world’s longest and tallest roller coaster, according to the developers at Qiddiya Investment Company. 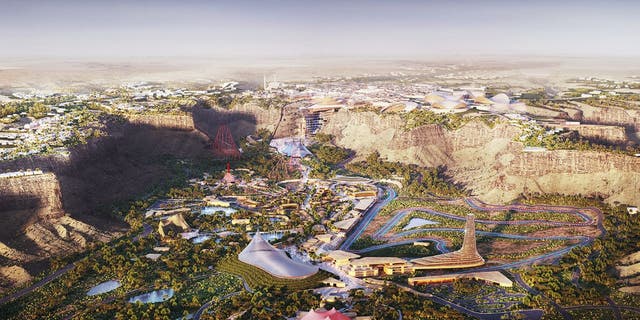 The coaster is set to be built at Six Flags Qiddiya, an upcoming amusement park currently under construction outside Riyadh, Saudia Arabia.

“Falcon’s Flight” will carry passengers nearly 2.5 miles, according to the developer. The ride will include a vertical cliff dive maneuver and a parabolic airtime hill that will offer a “weightlessness airtime experience.” The ride will last about three minutes.

Philippe Gas, CEO of Qiddiya, said the ride is currently in the design and engineering stage.

“Falcon’s Flight will dominate the skyline at Qiddiya, weave all the way around our destination, right out of the theme park, up the Cliffside and down the cliff face — the greatest drop of any ride in the world,” Gas said in a press release. “It won’t be for the fainthearted.” 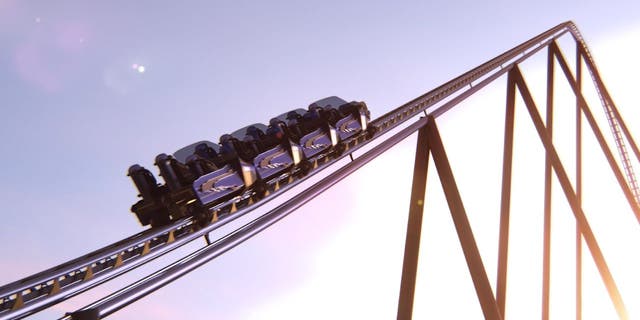 For now, the world’s fastest roller coaster is the Formula Rossa at Ferrari World Abu Dhabi, which hits a top speed of 149.1 mph, according to Roller Coaster Database. The U.S. holds the record for the current tallest coaster, the 418-foot-tall Kingda Ka at Six Flags Great Adventure in Jackson, New Jersey. Kingda Ka is also currently the world’s second-fastest coaster, hitting 128 mph.

Intamin, the company that is designing Falcon’s Flight, also worked on Formula Rossa, among numerous other high-profile rides around the world. 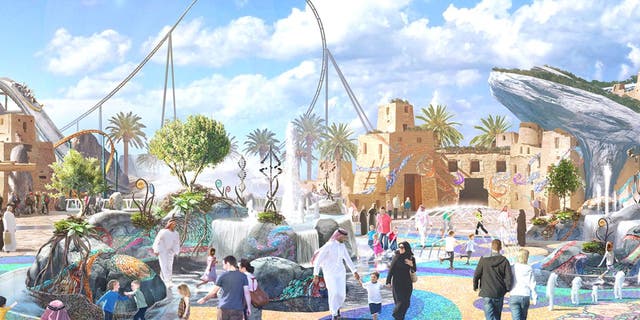 The 79-acre park will include 28 rides plus other attractions like sports arenas and concert venues.
(Qiddiya Investment Company)

Falcon’s Flight is scheduled to debut in the first phase of Six Flags Qiddiya, which is expected to open in 2023. The 79-acre park will include 28 rides plus other attractions, like sports arenas and concert venues, according to the developer.

The park is being built in a valley beside Tuwaiq Mountain, which features dramatic 650-foot cliffs.

“The worldwide unique setting and heights such as the natural cliff will enable us to design an architectural masterpiece in steep,” Daniel Schoppen, vice president of design and development at Intamin, said in a press release.