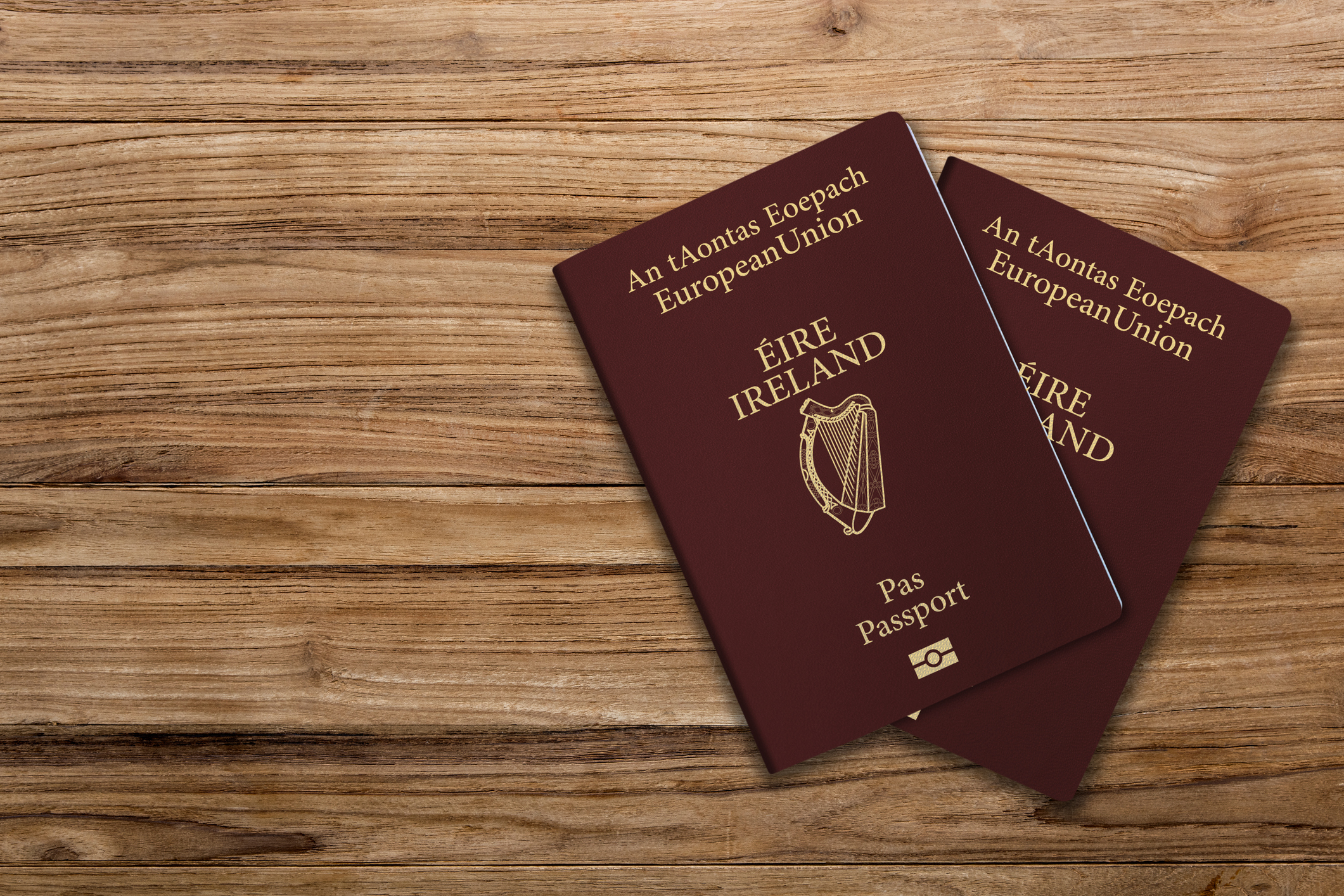 When Brexit was finalised British passports were redesigned, switching to pre-1988 blue covers in a move to ‘restore our national identity’ (at least according to Priti Patel).

Aside from the new hue, our departure from the EU had additional consequences to our passports, with their global ‘power’ ranking dropping from third to seventh place over the last few years.

Although it’s still considered one of the best passports to hold in terms of access to other countries, some felt that they no longer wanted to be tied to their British citizenship while travelling.

Perhaps this is because of perceived ill-feeling from Europeans, or the idea that the blue passport implies a pro-Brexit stance. Either way, it’s led to many looking to the Emerald Isle for an alternative.

Ireland’s Minister for Foreign Affairs described an ‘unprecedented surge’ in foreign-born applications after the changes, and the country’s civil services are currently dealing with a backlog of thousands that still need to be processed.

So why the scramble for Irish passports? And is it worth applying in spite of delays?

Here’s everything you need to know.

Who can apply for an Irish passport?

So if you have an Irish-born parent, you can apply for a passport without going through any additional steps (even if you’ve never lived in Ireland).

If your Irish lineage goes a further back, you’ll need to apply for citizenship before you can go ahead with getting a passport.

The stipulations on the DFA website states you can be considered for Irish citizenship if either of the following is true for you:

In these cases, you’ll need to submit a Foreign Birth Registration, and will be added to the Foreign Births Register if accepted.

From there, you’ll be eligible to go through the standard passport application.

Why choose an Irish passport if I don’t live there?

The reasons for choosing an Irish passport vary from person to person, with some who have Celtic heritage simply wishing to affirm their roots (and ensure their children are able to do the same).

For others, it’s less about the passport itself but the benefits of citizenship, as being granted this gives you the right to live, work, study, and travel in Ireland. Once you’re on the Foreign Births Register you have the same rights as any Irish citizen, which likely serves as a major draw.

Another reason someone might choose an Irish passport – even if they’ve previously held a British one – is its connection to the European Union. Because Ireland is still a member of the EU, its citizens are afforded rights to live and work throughout member states.

Although British citizens do not require a visa for Schengen Member States (if the duration of their stay does not exceed 90 days within any 180-day period), eligible people might want to have an Irish passport to sidestep potential UK border rule changes.

Anecdotally, a non-UK passport may also mean shorter queues at the airport, as you can go through the EU border check.

How to apply for an Irish passport

If you’re already an Irish citizen, you can apply for a new Irish passport on the Department of Foreign Affairs website.

Those who aren’t yet citizens will need to first apply through the Foreign Birth Registration, which you can do here.

The documents you need to supply will differ depending on your situation, but you may need original proof of your grandparent’s birth or marriage, or a photocopy of their ID.

Those applying for a new Irish passport will face an eight-week wait from application to issue. The DFA do state, however, that ‘this is not a service guarantee and you should not book flights until you have your passport’.

Renewals are estimated to take between 10 and 15 days to process, although again this isn’t a guarantee.

For those needing to apply via the Foreign Birth Registration, the wait will be far longer.

The DFA website says: ‘At present, due to the complex nature of the Foreign Birth Registration it takes approximately 12 to 18 months to process a completed application.’

The bonus here is that, once you’ve confirmed citizenship, you never have to do it again. Then you just apply for your Irish passport – and any future renewals – as normal.