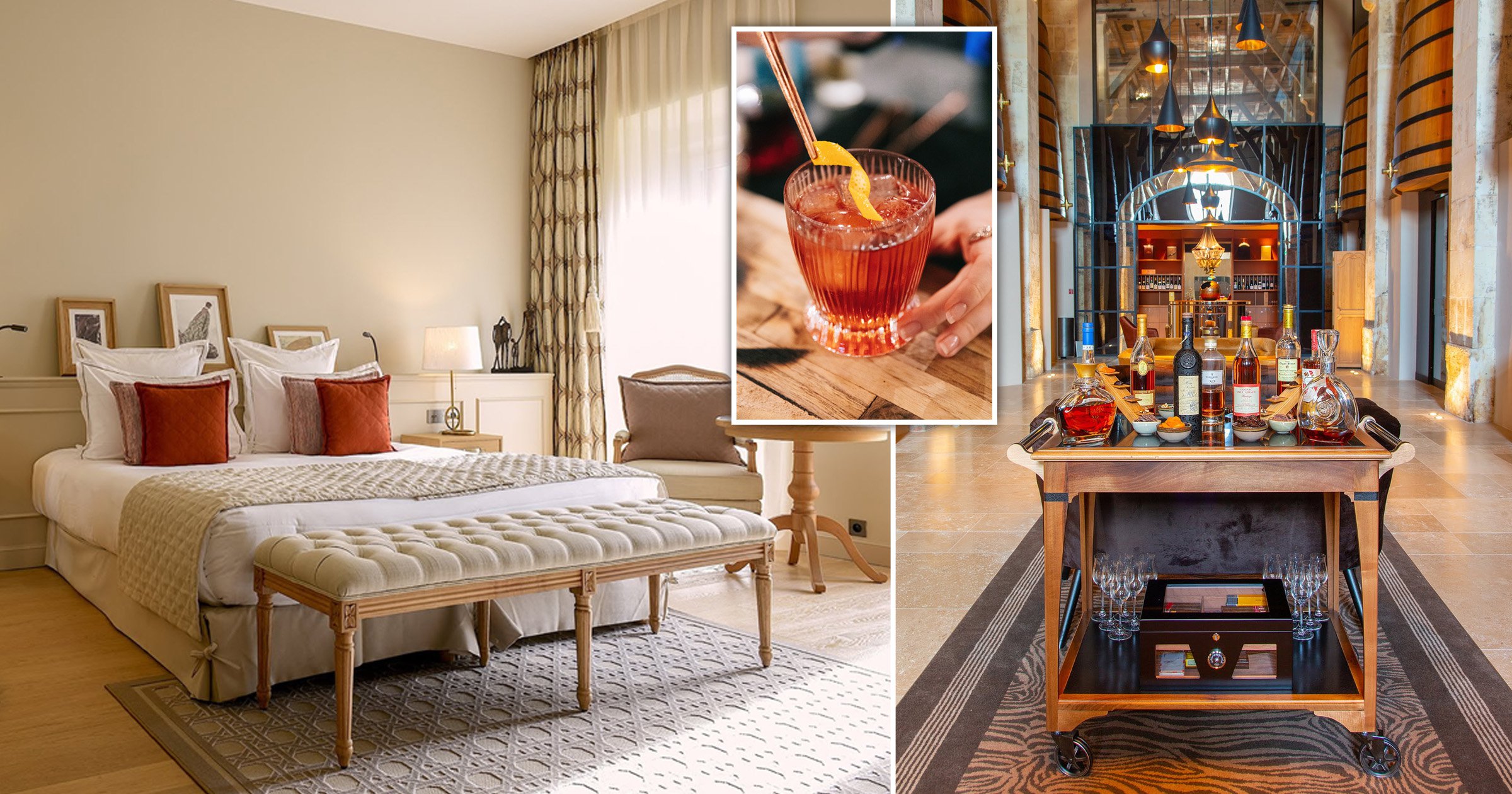 The man showing me around the top suite at the Hotel Chais Monnet and Spa is far too Gallic and discreet to reply when I ask excitedly, ‘So, did Beyoncé stay here too?’

He’s already somehow let slip that Jay-Z himself graced the hotel while visiting Cognac to launch the distillery that produces his own brand of the spirit.

It’s no secret that in the past few years, cognac has found favour with certain members of the rap world who seemingly decided champagne wasn’t quite exclusive enough.

Not to be outdone, 50 Cent has released his own, called Branson Cognac, and has also been spotted in this otherwise sleepy little town (I can only imagine what the locals – most of whom look like extras in a 1950s film: all berets, baguettes and bicycles – made of this).

At least there’s now somewhere fabulous for rap royalty to stay. Until recently, there were no posh hotels in the area but Chais Monnet was unveiled with much fanfare, costing £50 million.

It used to be – what else? – a cognac distillery and cellar but it’s been expertly converted into a magnificent 92-room, 13-suite property featuring a spa, a pool, two restaurants and a stylish bar named Jazz Bar 1838 (after the year the distillery opened).

Half are in the original building and the rest are in the new structures but the design is the same throughout, with soothing cream and beige tones.

My bathroom has gorgeous, pistachio-coloured tiles I’d love to prise off and take home, and a shower that puts new oomph into the power element.

The huge bed lulls me to sleep almost instantly (this may be due to the glasses of pineau, a local aperitif made with wine and cognac, I had at dinner).

Locals flock to the more informal restaurant, La Distillerie, for casual lunches, dinners and all- you-can-eat Sunday brunches (you can also fine-dine at Les Foudres, set in the vast, cathedral-like former cellar).

Plenty of couples and family groups have come to sample their way round the cognac houses – no rappers were sighted during my stay.

Hennessy, Martell and Rémy Martin are all within walking distance if you want to explore more mainstream cognacs.

Book in for a tasting tour of the ancient distillery that produces Jay-Z’s (from £15pp).

Soak up the town’s atmosphere with a stroll by the Charente river or head to the covered food market at Rue Berthe.

If you’re driving, you can go for a pootle round nearby villages or up to La Rochelle.

British Airways flies to nearest airport, Bordeaux, from about £30 one way; rooms from £245pn, chaismonnethotel.com.