The death of the ski season has been greatly exaggerated! MailOnline discovers superb conditions in the French resorts of Val D’Isere and Les Arcs – with snow falling across the Alps

The death of the ski season has been greatly exaggerated.

I have just returned from a snowboarding trip to the resort of Val D’Isere in the French Alps and can happily report that the winter season is alive and kicking there – with plenty of snow from top to bottom.

I was in the ski resort of Les Arcs, to the north, the week before and enjoyed similarly good conditions.

I arrived in Val D’Isere – which together with neighbouring Tignes, offers 300km (186 miles) of slopes – on Friday (January 6) to the joyful sight of snow-covered chalet roofs in the village, which lies at an altitude of 1,850 metres (6,069ft). 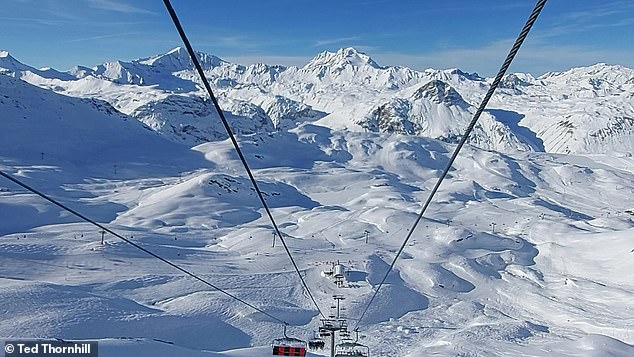 Ted Thornhill has just returned from Val D’Isere in France, where he discovered superb snow coverage. The image above is a still from a video clip he shot from a chairlift in Val D’Isere on Saturday, January 7

I was staying in the uber-luxury Chalet Blackcomb, operated by Consensio, and once I’d prised myself away from its cosy interiors the following day enjoyed a superb morning’s snowboarding with brilliant guide Antoine from the Oxygene Ski & Snowboard School.

The pistes were well-groomed, with lots of soft patches of snow to turn on. (And, as is the way with us snowboarders – to sit on.)

Lots of Alpine resorts have been struggling with poor conditions this year, as we’ve reported, but Val D’Isere was most definitely in good nick.

And it got better.

On Sunday (January 8), we breakfasted as snow began falling – and by the time we reached mid-mountain, it was practically a white-out. Lower down, a picture-postcard winter scene awaited. I even found a few small stretches of fresh powder to glide along at the edges of the piste. 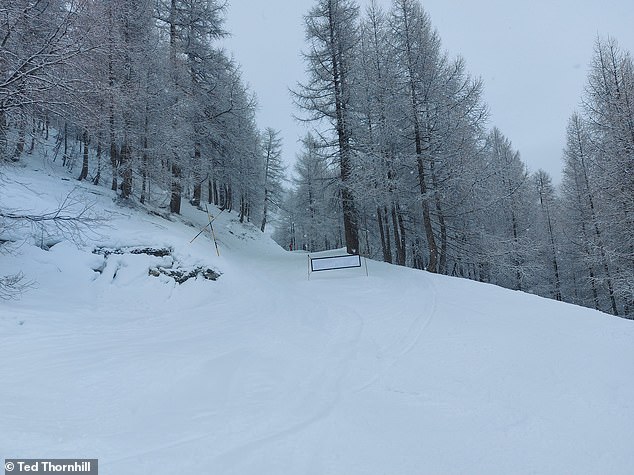 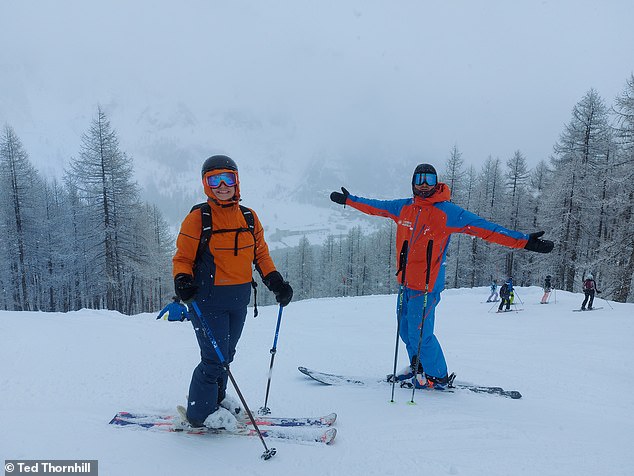 Ted’s ‘brilliant’ guide Antoine (right) from the Oxygene Ski & Snowboard School in Val D’Isere. Pictured left is Helen, one of his group 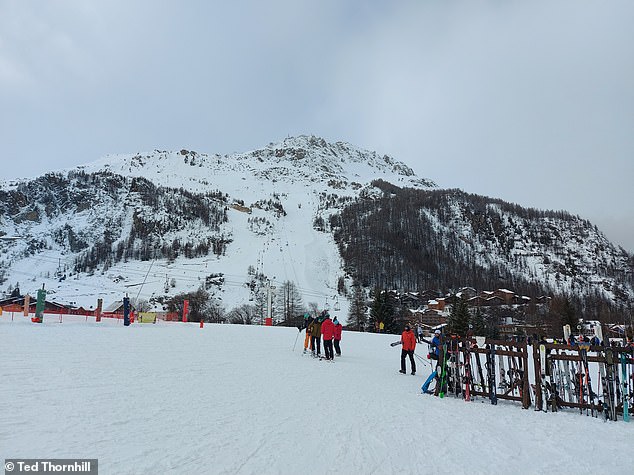 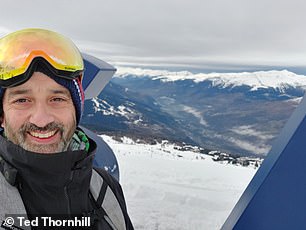 Ted in Les Arcs, which he visited in December/January

In Les Arcs – between Tuesday, December 27, and Monday, January 2 – I stayed at the impressive VIP Ski property Bear Lodge hotel in Arc 1950.

It was billed as ski in/ski out – and that’s exactly what was possible.

I’ve seen better conditions in Les Arcs – the snow was a tad heavy on lower slopes – but further up the mountain, the pistes were in great shape.

Will the good conditions continue?

It’s looking hopeful for Val D’Isere and Les Arcs – and resorts elsewhere in the Alps. 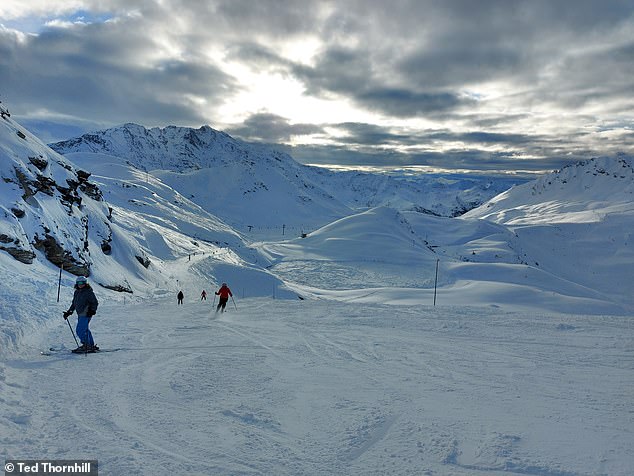 Ted describes the pistes in Les Arcs (above, during his trip) as being ‘in great shape’ 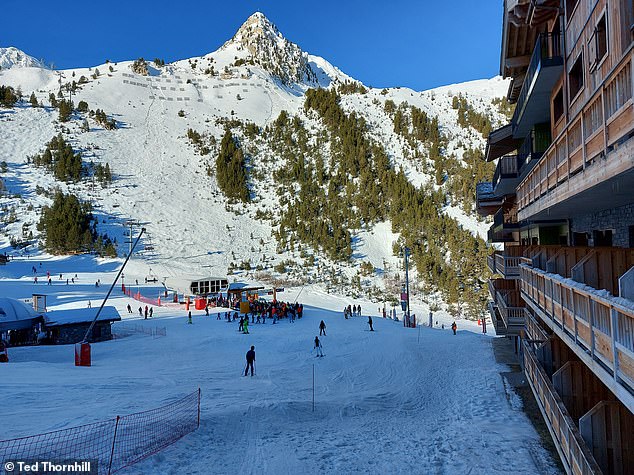 Ted stayed at the ‘impressive’ Bear Lodge hotel in Arc 1950 (right). He writes: ‘It was billed as ski in/ski out – and that’s exactly what was possible’