Formerly colonised by both the British and French, these volcanic Caribbean isles are in fact the smallest nation in the Americas. 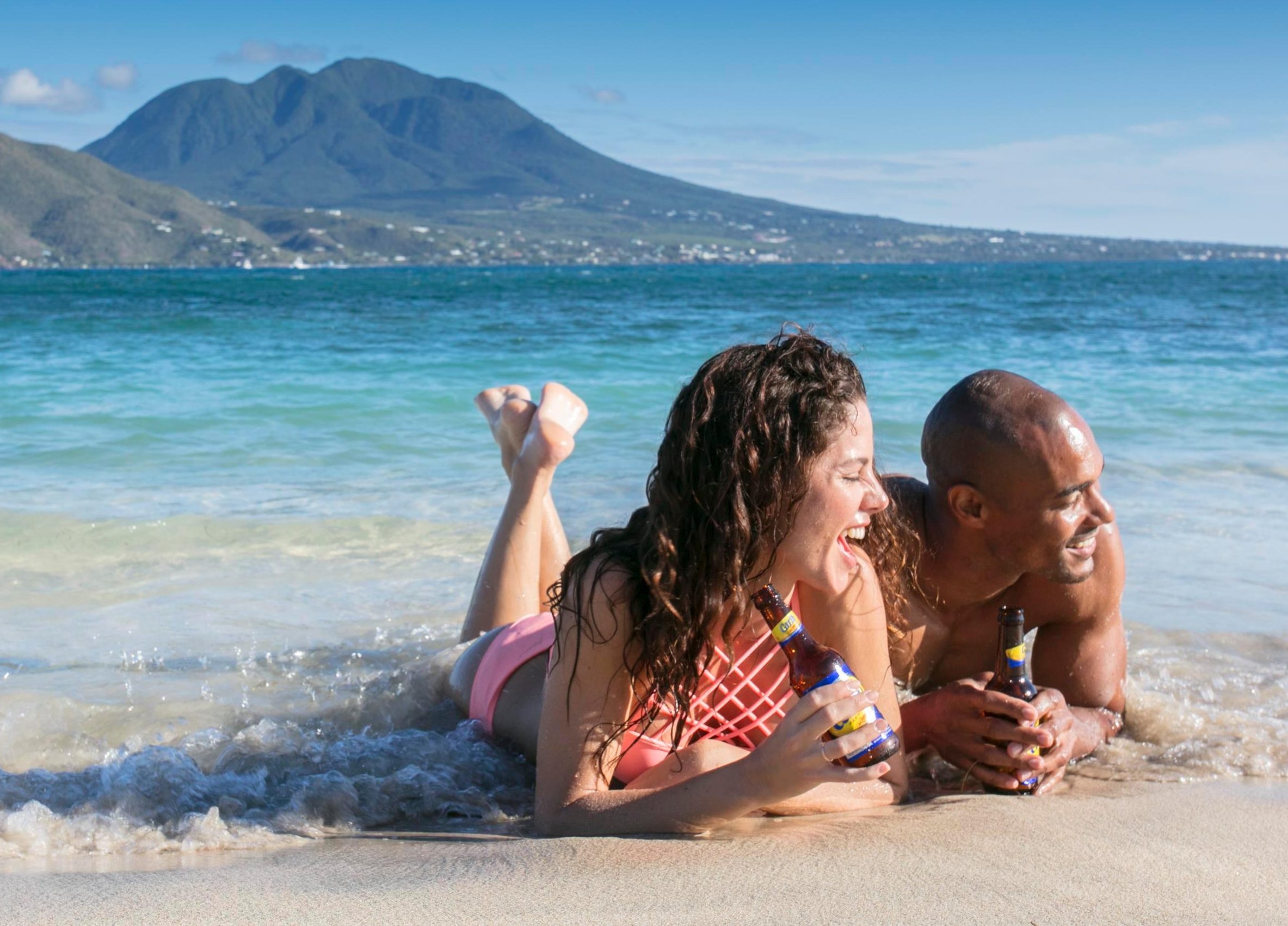 But what the country lacks in size, it makes up for in laid-back vibes and a rich past — brought to life by a string of historical attractions.

As holidaymakers quickly learn, rum is the islands’ national drink, with locals priding themselves on their ability to knock back measures aplenty.

For the lighter drinker, the excellent Carib lager is also brewed on the island.

Menus provide a fantastic range of dishes — including seafood from the surrounding waters. Favourite fare includes lobster, snapper, and saltfish with coconut dumplings. 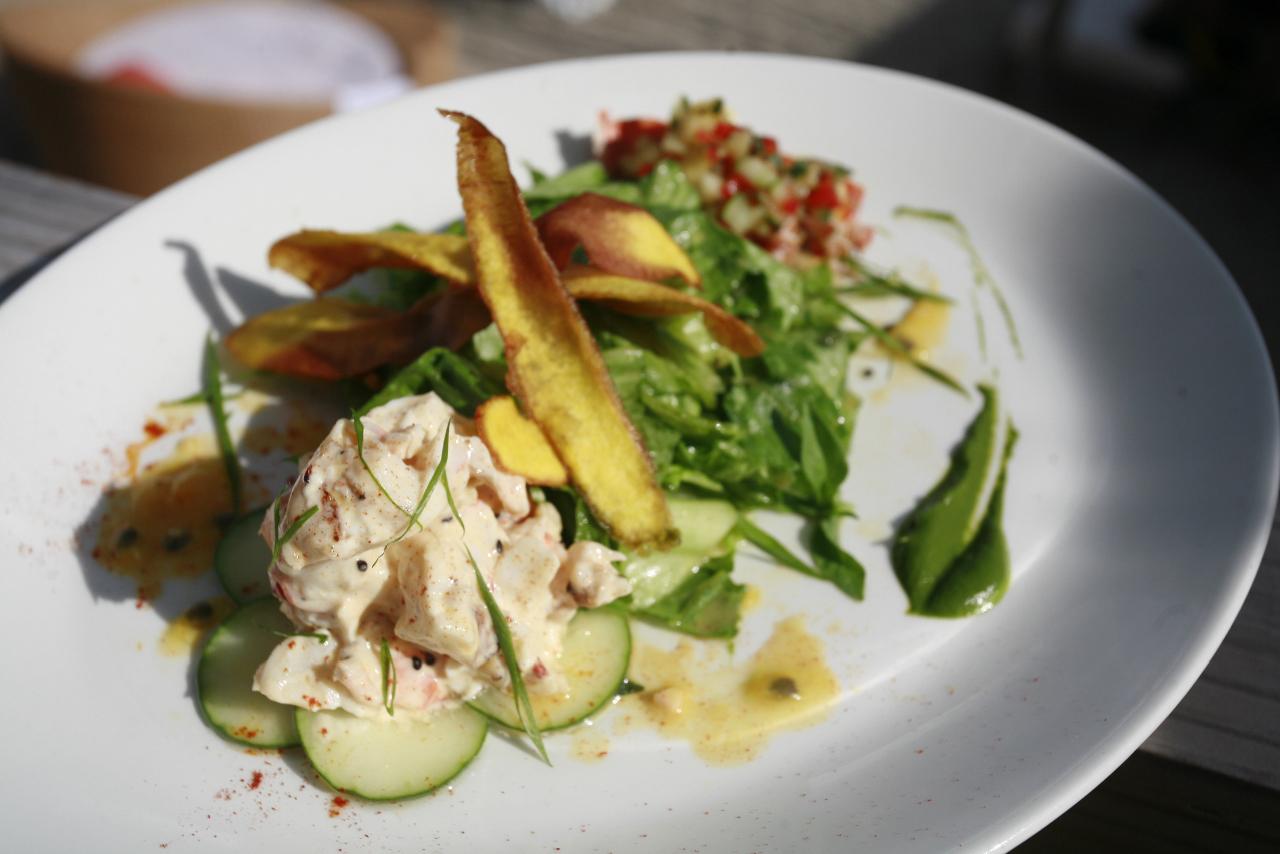 But it’s the wild beauty of the islands, their spectacular sandy beaches, and stunning colonial monuments, that created the magic of these islands.

One of the more popular beaches is Frigate Bay, which lies a few miles from St Kitts capital Basseterre. 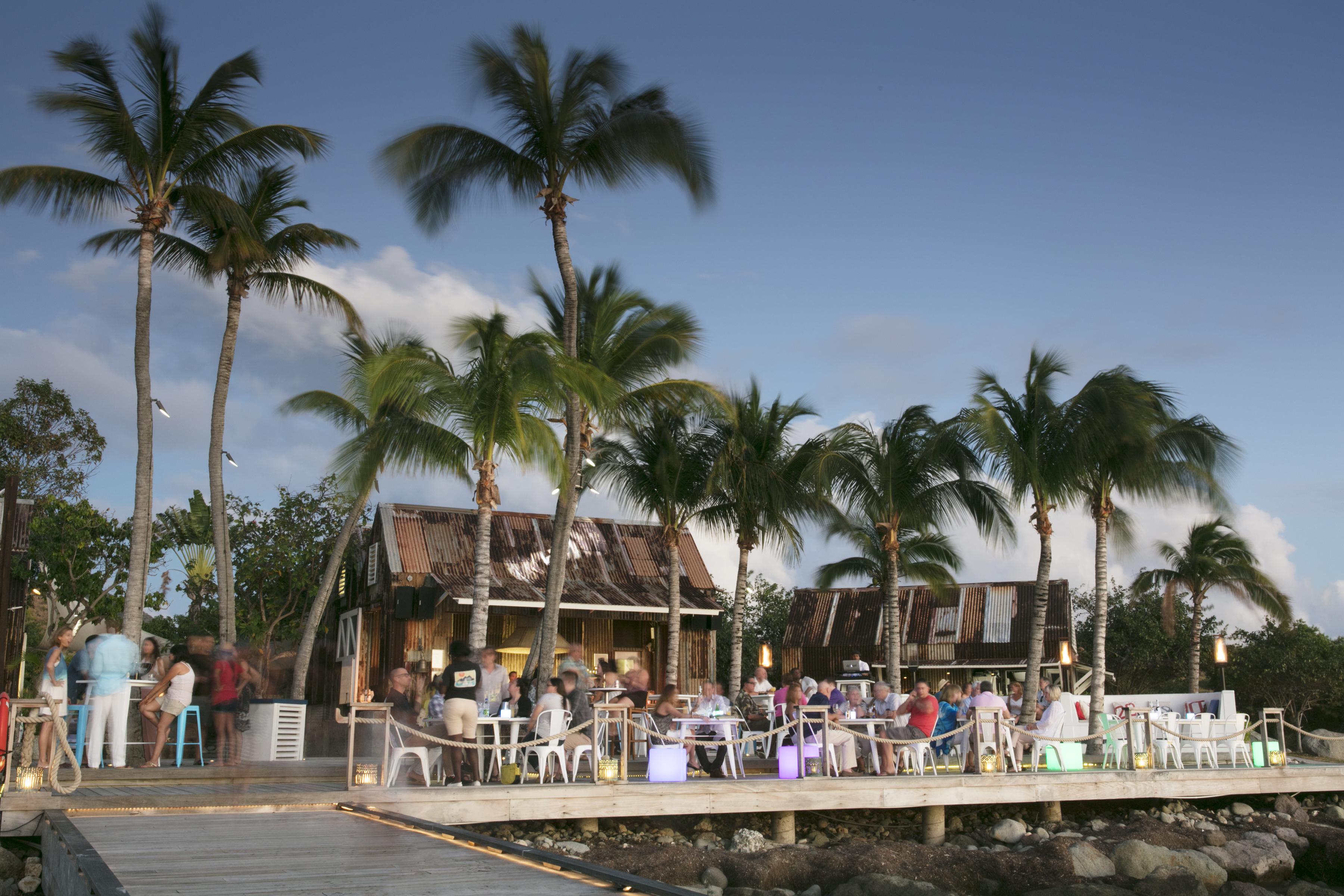 A short walk away is the affordable 3H Sugar Bay Club Suites Hotel, a lovely spot with views of the Atlantic Ocean from the lush gardens, and two swimming pools.

Along the island and over the thin strip of land snaking between the Atlantic and the Caribbean Sea sit another cluster of beaches.

The luxury Park Hyatt resort at Christophe Harbour, at the southern tip of cricket bat-shaped St Kitts, is a stunning base for travellers.

Classy apartment-style rooms with gardens look out to a private beach facing the sister island of Nevis and its atmospheric 3,200ft volcano. 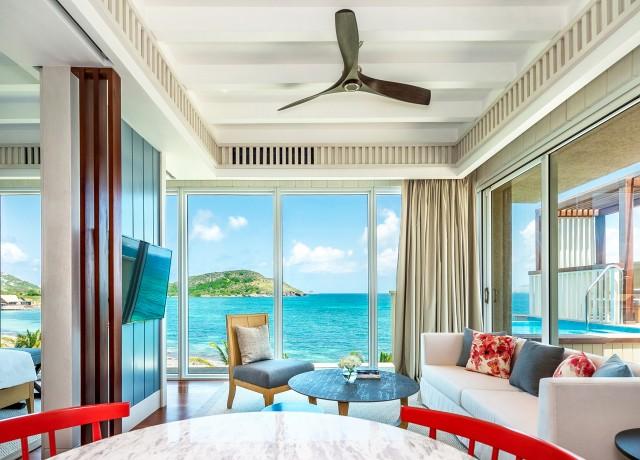 Friendly staff ferry guests around the estate on golf buggies while down by the jetty a wooden cocktail bar rests above calm waters.

Close by, the Spice Mill restaurant at Cockleshell Beach serves up delicious dishes, local and international.

The 50,000-Kittisians and Nevisians — as the islanders are called — still retain strong links to Britain, with the Queen still the islands’ head of state.

Many islanders moved to the UK after the Second World War — although over the years some of them, or their families, have returned to make their home on St Kitts and Nevis. 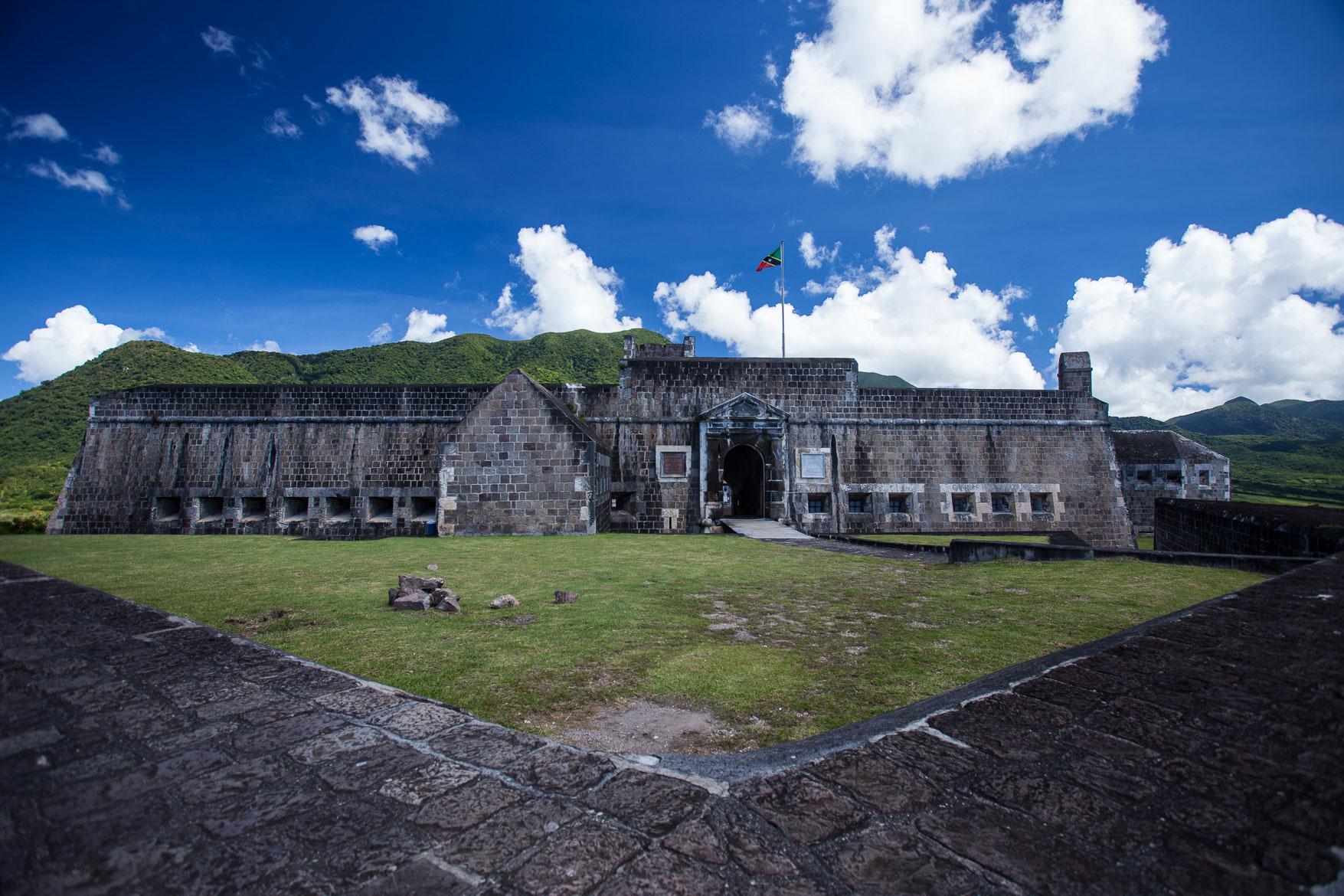 For amateur historians, these anglo-Caribbean links are etched into the landscape in the most iconic fashion at St Kitts’ colossal Brimstone Hill Fortress.

Set almost 800ft up a volcanic hill, the stone fort on the island’s west coast is a Unesco World Heritage Site — known as the Gibraltar of the West Indies.

The site dates from 1690 — almost 70 years after the English and French invaded the island — and dominates the coastline.

Stone walls built in rings guard the main fort, whose rooms have been restored to give the feel of a soldier’s life — hopping between the gun and food stores, bedrooms and latrines. 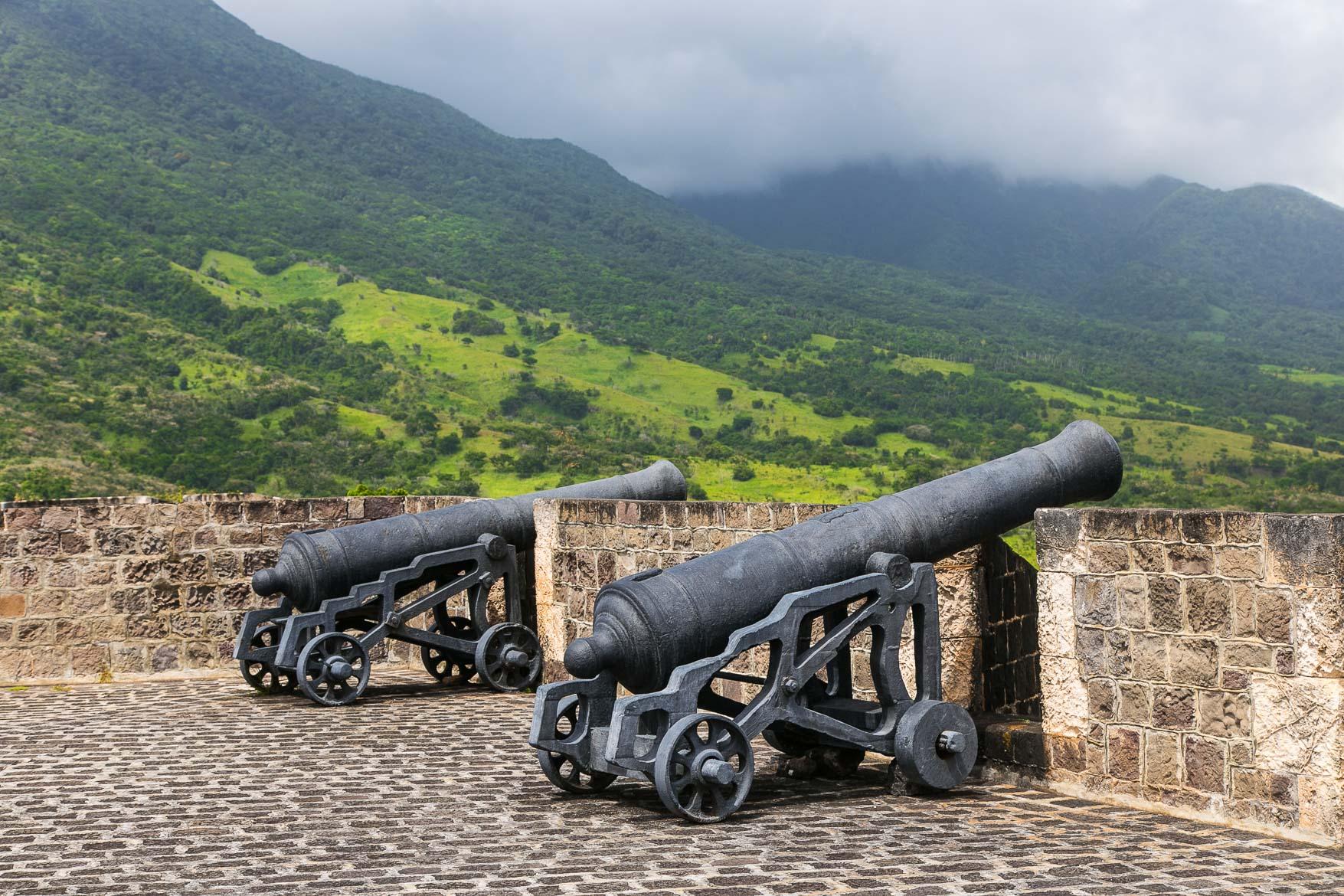 Soldiers’ graffiti is still etched into the fortress walls with names common to any British village or town.

A stop-off after Old Road Town — one of the oldest settlements on the island — is where visitors can see Sir Thomas’ impressive 17th-century grave at an Anglican church sharing his name.

Meanwhile, over on sister island Nevis, is the location where the great Admiral Horatio Nelson married Fanny Nisbet. 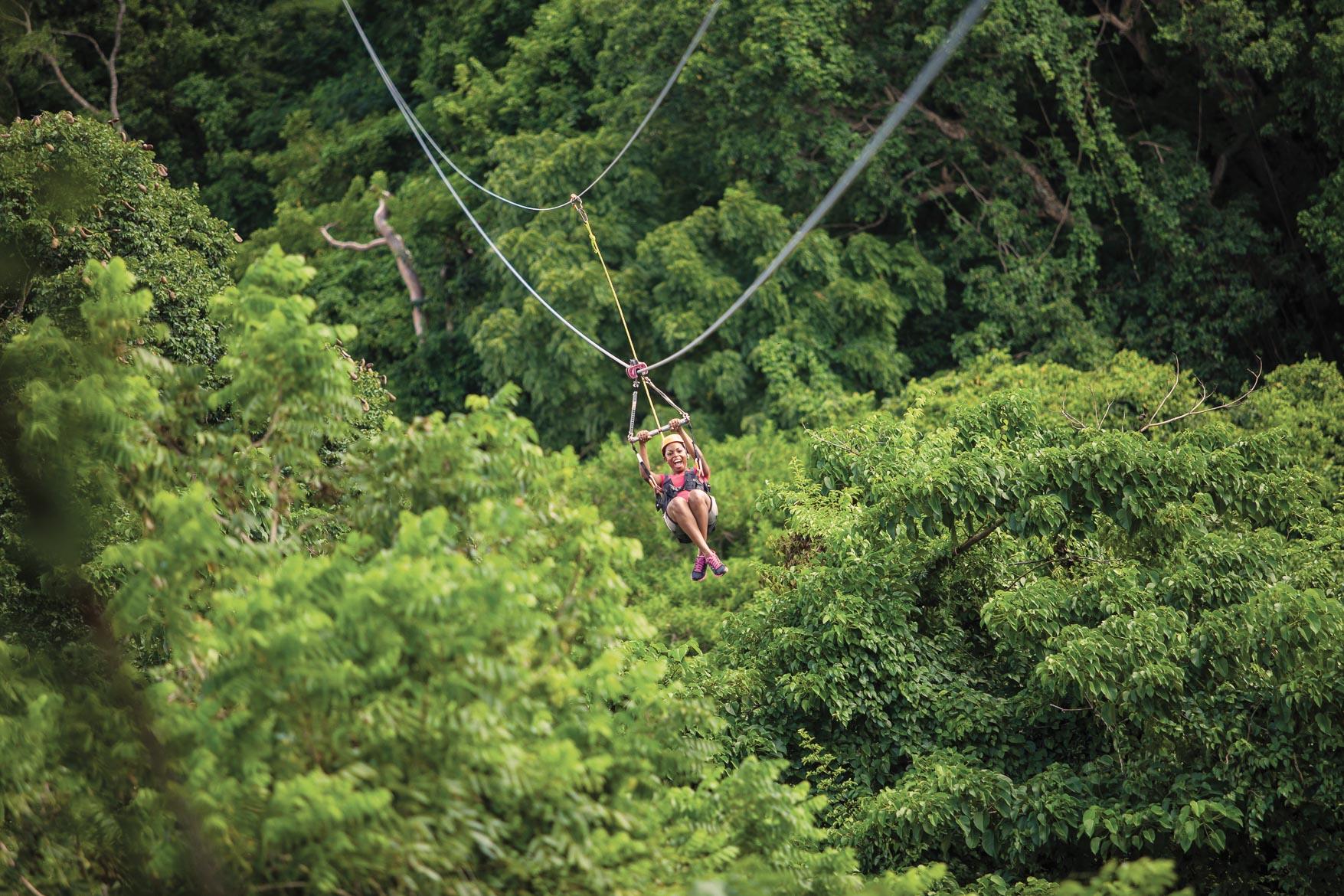 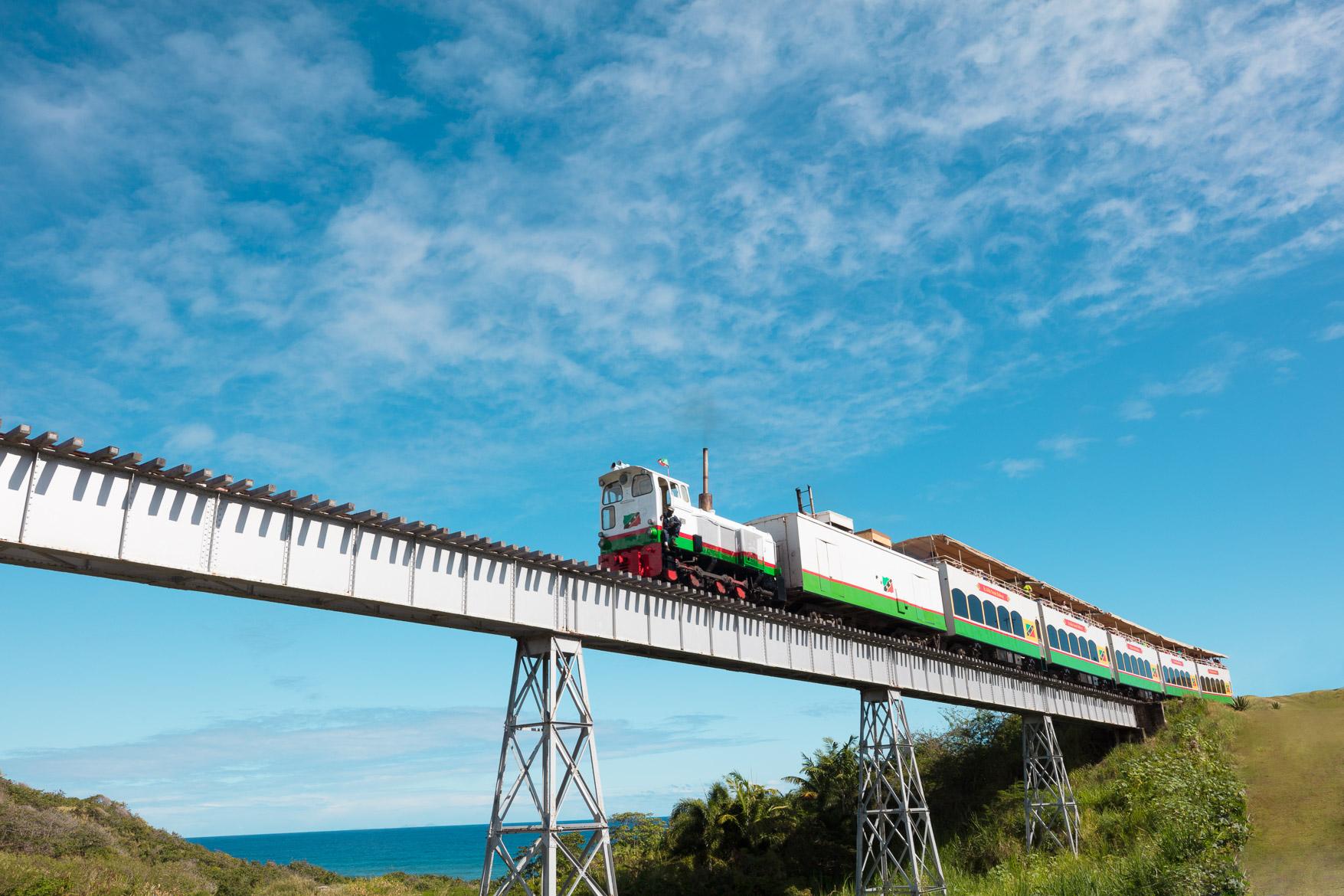 Another stunning plantation-turned-hotel is the Montpellier resort, situated under a jungle-like canopy and visited over the years by the late Princess Diana, as well as her sons William and Harry.

Both St Kitts and Nevis were once cornerstones of the British Empire’s trade in sugar.

But in 2005 the island authorities brought an end to the sugar business, with the locals instead shifting to a tourism-led economy.

Golf courses have since sprung up, alongside luxury hotels such as a Marriott resort and the mountainside Belle Mont Farm, while cruise tourists hop off to admire the islands.

A scenic railway winds its way around the 1,100 Mount Liamuiga, for relaxing views of St Kitts, while the more energetic tourist can choose to hike up the mountain.

But if that’s not your thing, you can always just relax and happily return to those rounds of rum at the beach bars.