With up to eight heatwaves predicted, it's worth checking out which lidos are nearest to you in the UK – and thankfully there are plenty to dip your feet in. 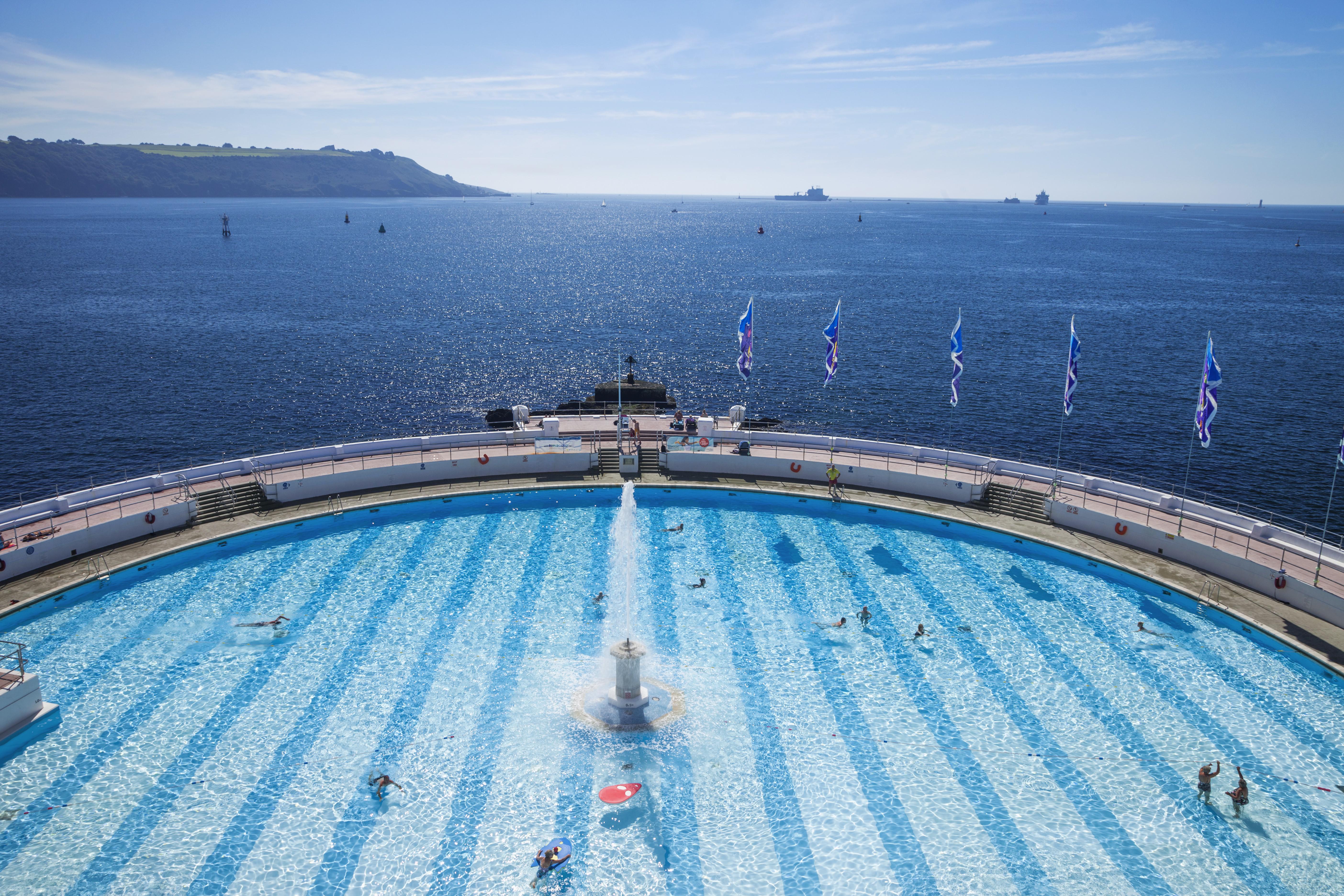 Scores of them closed in the 1990s due to cuts in funding, but thanks to local campaigners may were saved from demolition and millions have been spent over the last decade to bring them up to scratch.

If you fancy a dip this week, we’ve rounded up some of the best here… 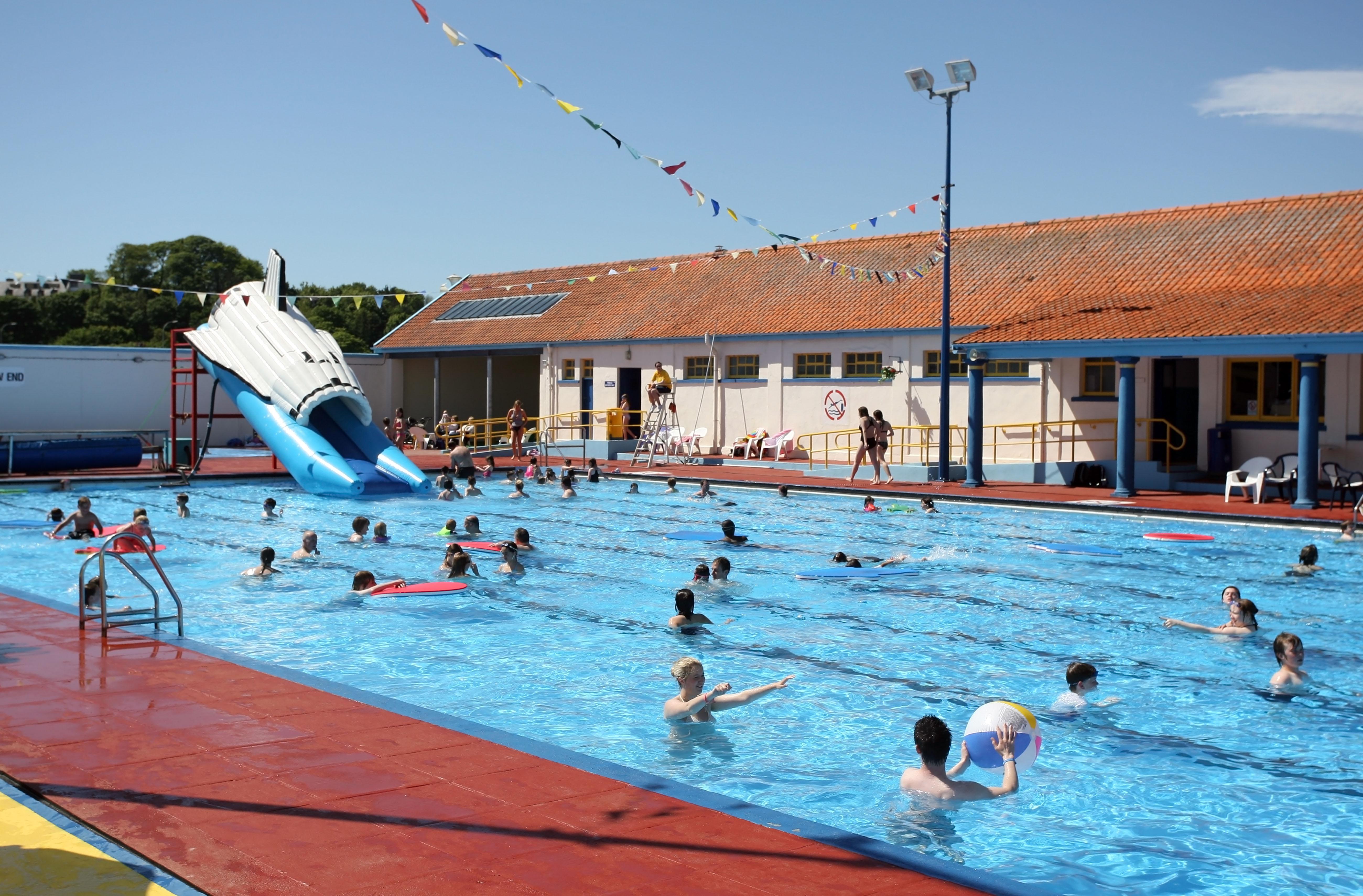 Stonehaven is the the northernmost lido in the UK, and it opened in 1934. 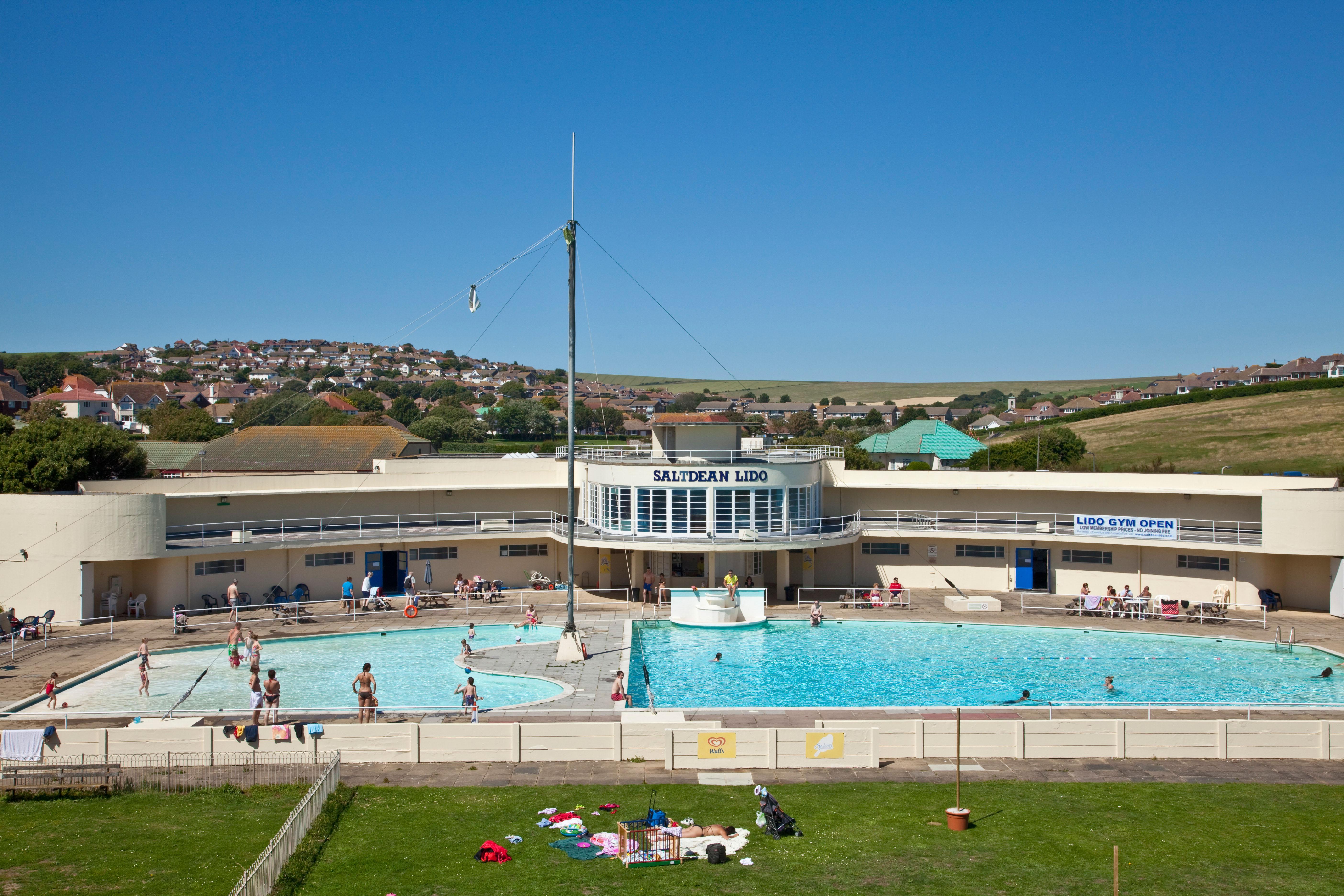 Saltdean Lido in Brighton is an Art Deco lido designed by architect RWH Jones, with a separate paddling pool for younger swimmers.

The 40m pool is Grade II-listed lido, and it opened earlier this month after a £3m restoration project that lasted seven years. 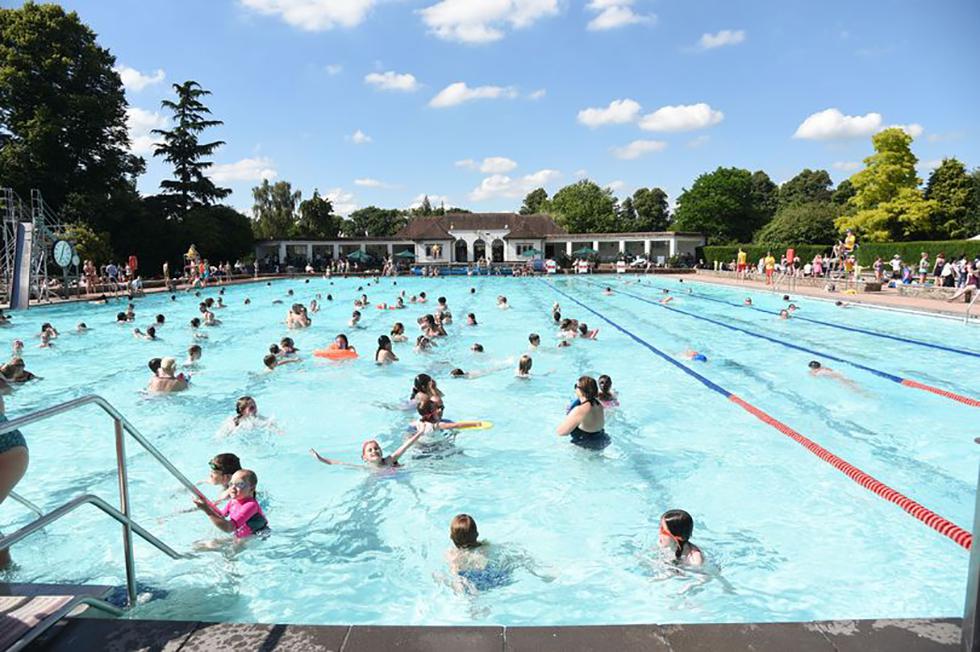 Sandford Parks Lido was opened in 1935 and it can be found in the centre of leafy Cheltenham, in the landscaped grounds of Sandford Park.

As well as the heated 50m pool, there is also a children’s’ pool and paddling pool heated to over 21C. 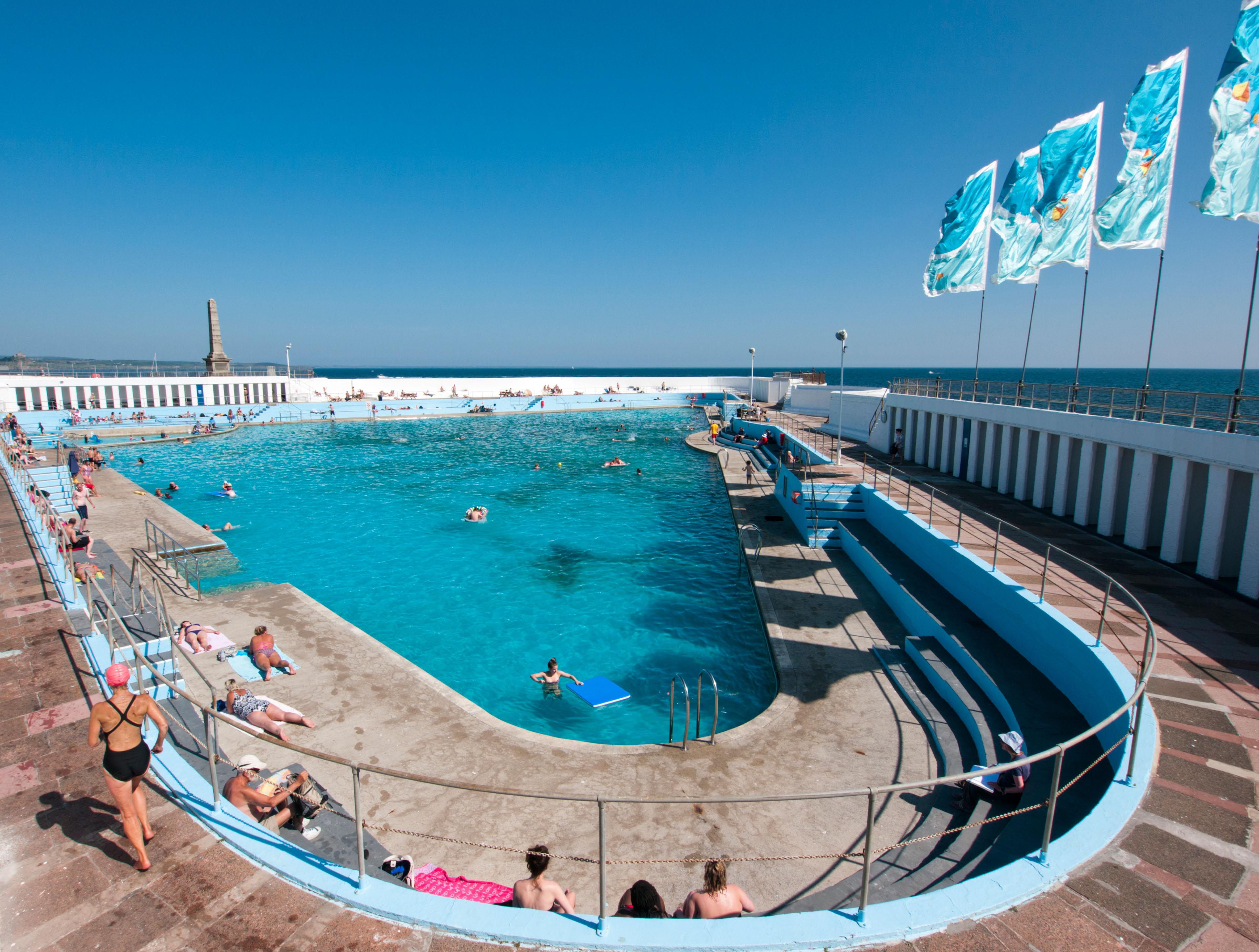 The Jubilee Pool in Penzance is a saltwater tidal pool that was built upon a traditional bathing spot at the Battery Rocks near the harbour in 1935.

The Art Deco pool has been designed in a triangular shape with gentle curves, so that it conforms with the seaside surroundings. 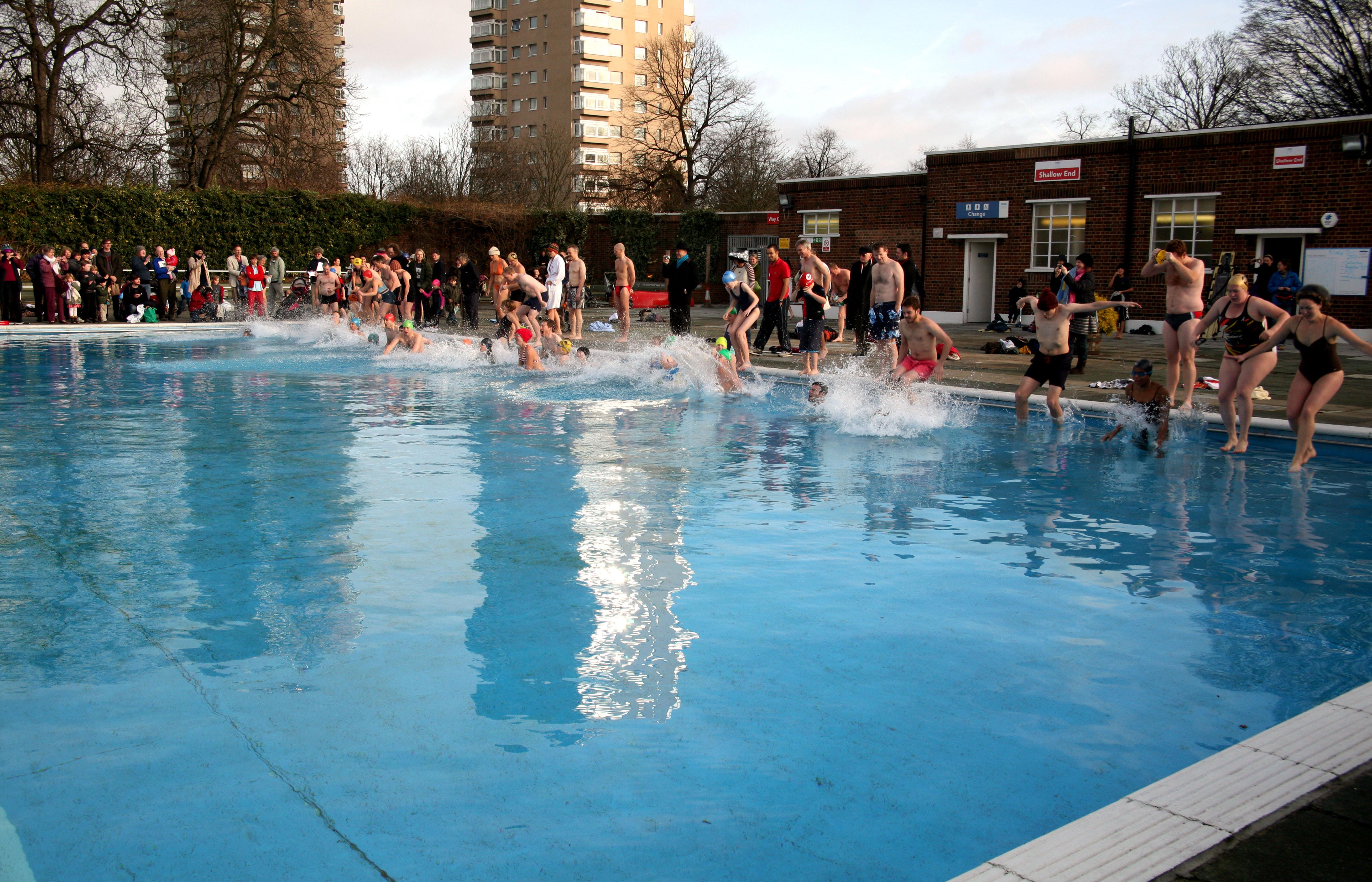 The 50m Art Deco pool closed in 1990, but locals ran a successful campaign to have it reopened in 1994 and it has stayed opened ever since, and can now boast a Grade II-listing. 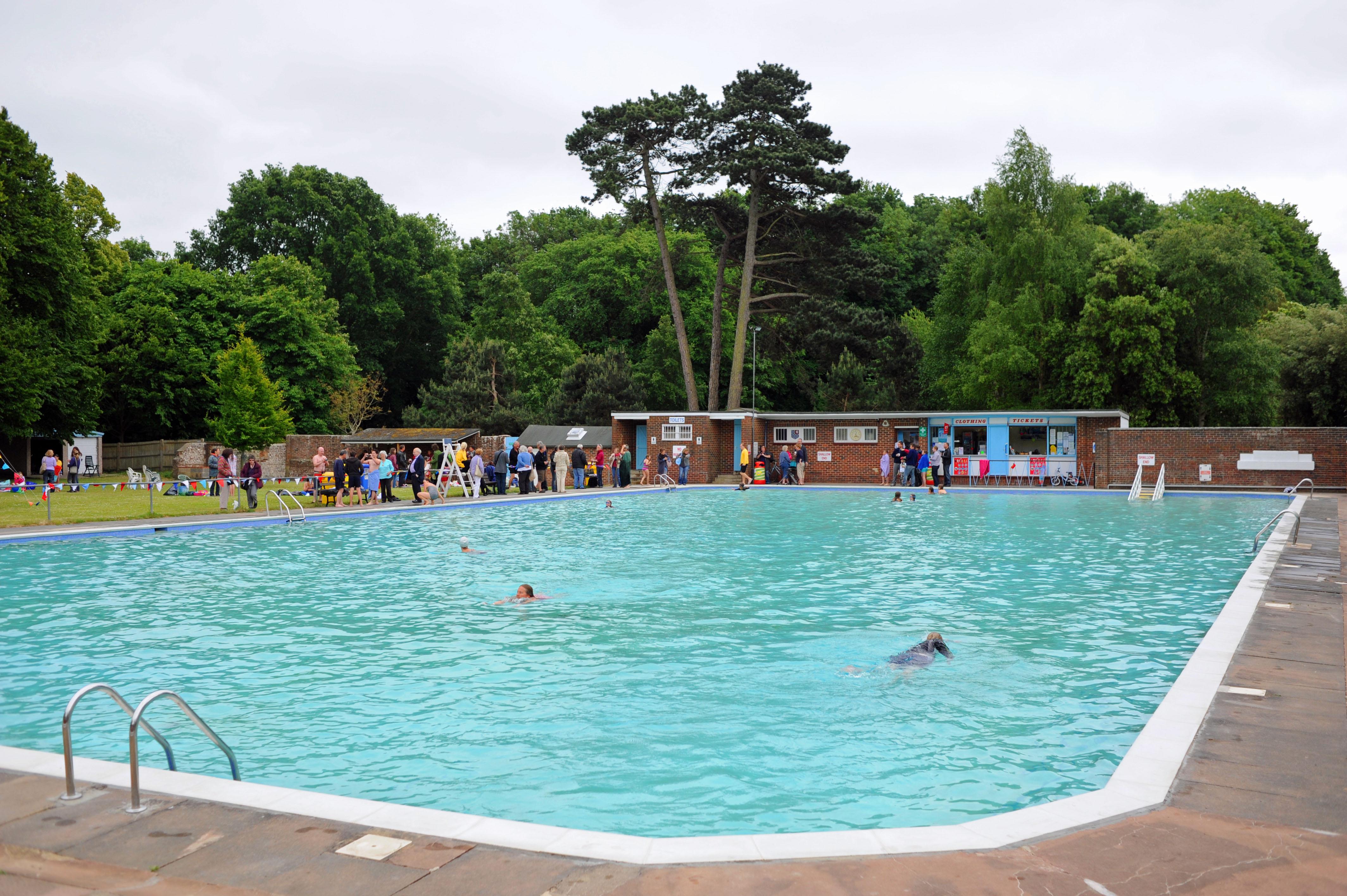 Pells Pool in Lewes, East Sussex, was built in 1860 making it the oldest freshwater outdoor public swimming baths in the UK.

The swimming pool was originally built to save the modesty of local mill workers, who used to swim naked in the local mill pond after work. 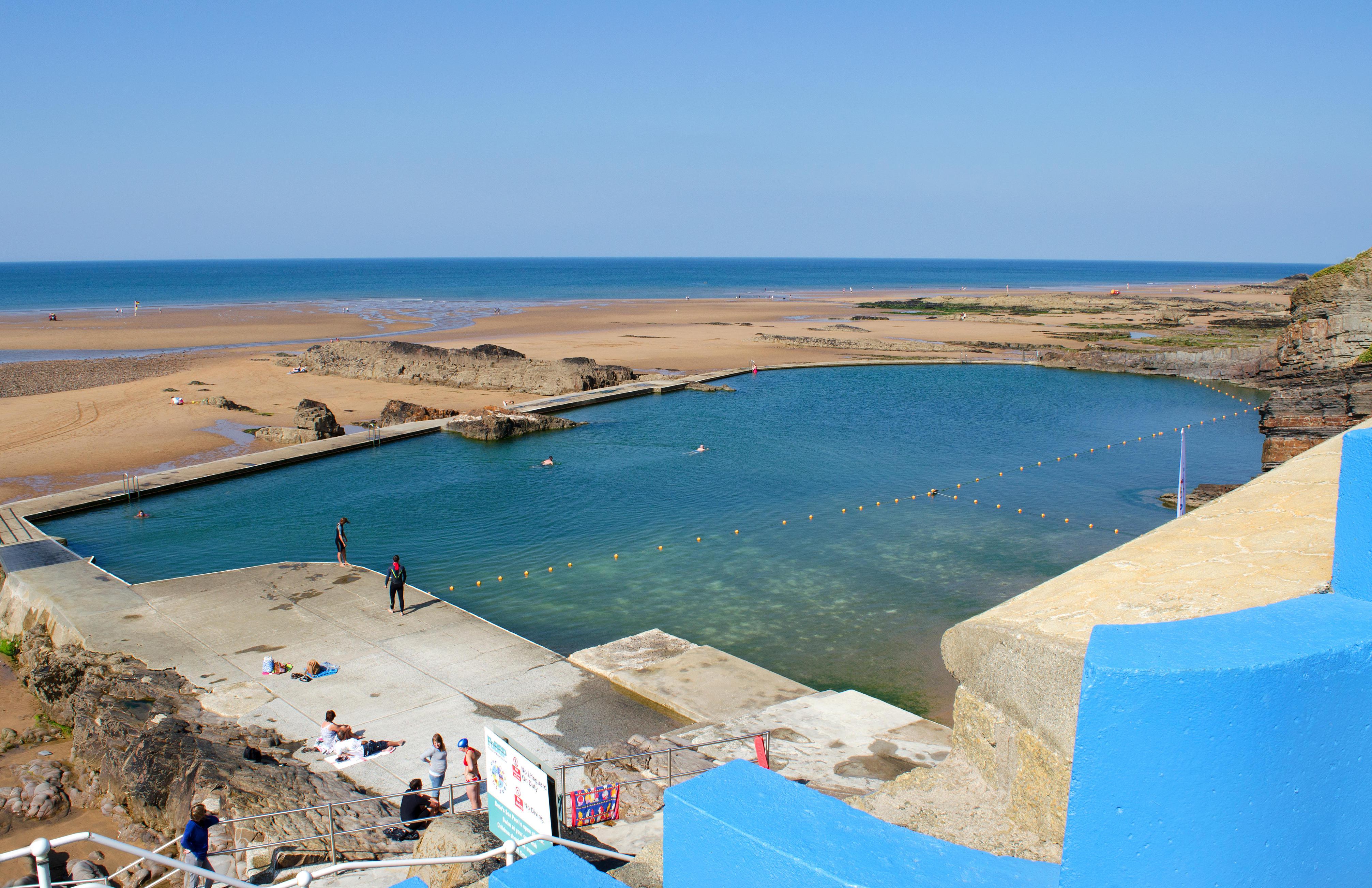 Bude Sea Pool is a partially man-made tidal swimming pool in the rocks at Summerleaze Beach in Bude, Cornwall.

In 1930, The Thynne family put up half the money to create the pool and its sunbathing terraces, and the volume of the water in the pool depends on how much sand the sea has washed in. 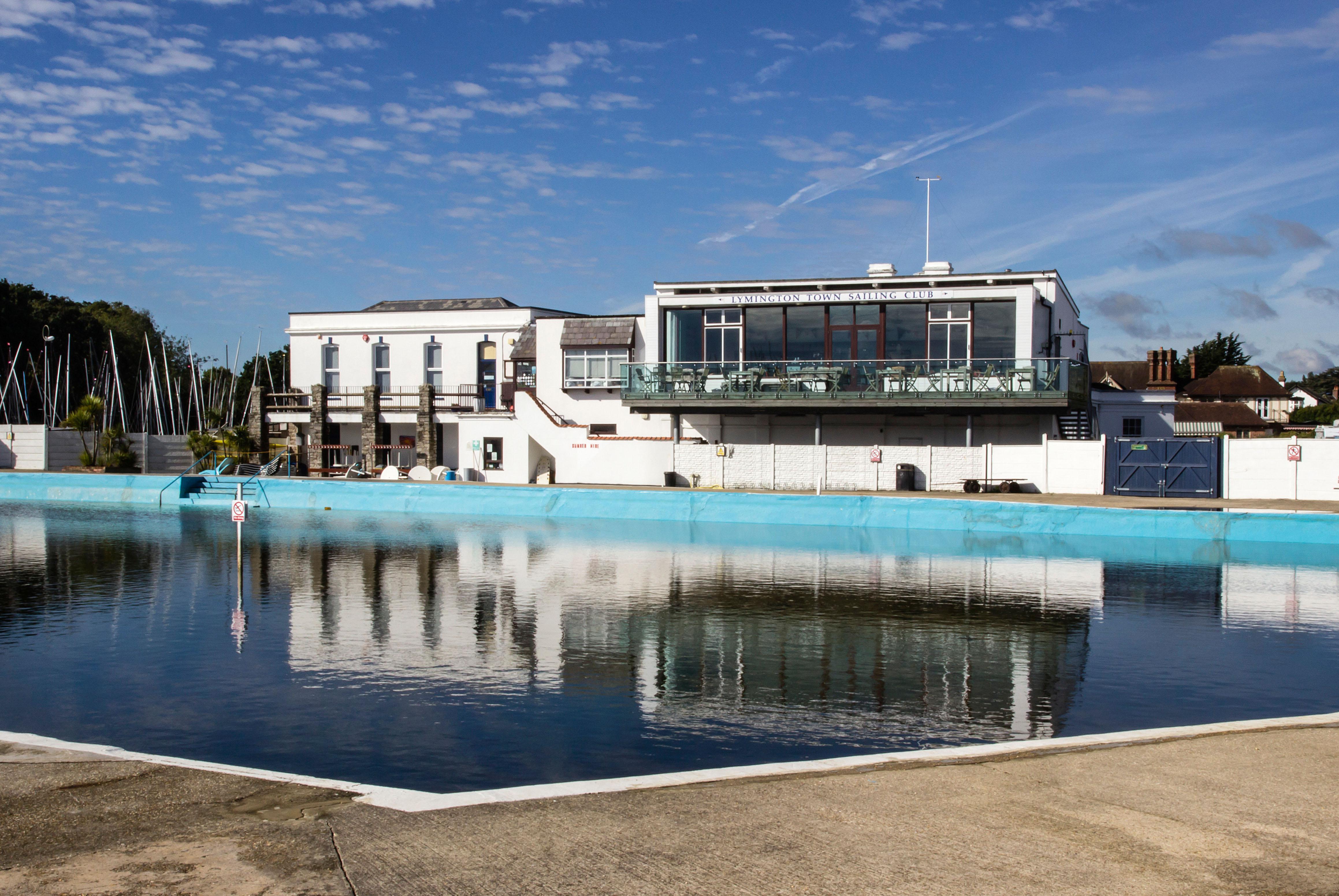 The Lymington Open Air Sea Water Baths was built in 1833 and it is the oldest lido in the UK, as well as one of the largest.

The pool, which uses filtered and chlorinated seawater, reopened in 2010 following a renovation campaign by local people. 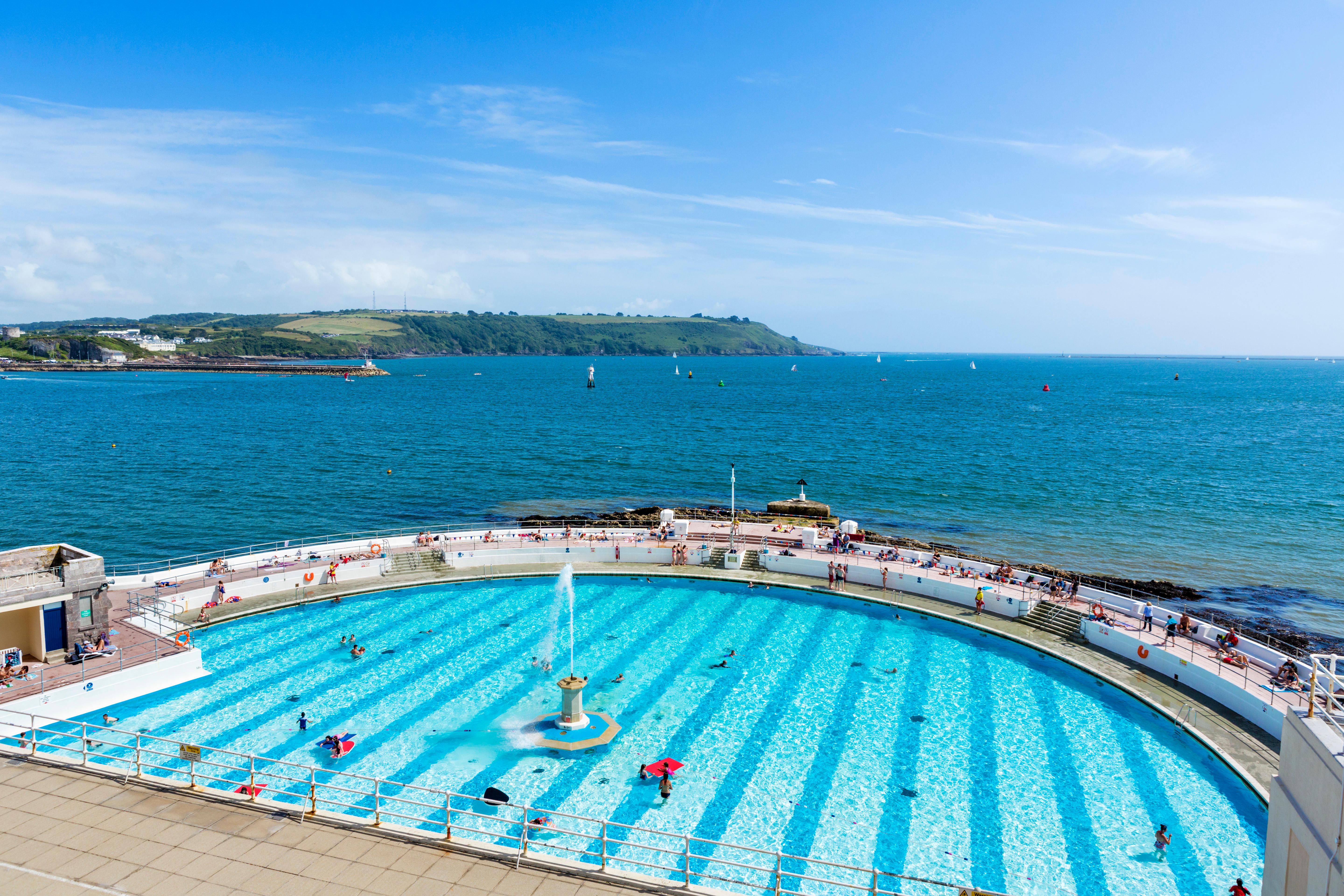 Tinside Pool is a 1935 Art Deco lido in Plymouth, next to Plymouth Sound.

The saltwater pool is only a fair-weather lido – open between May and September. 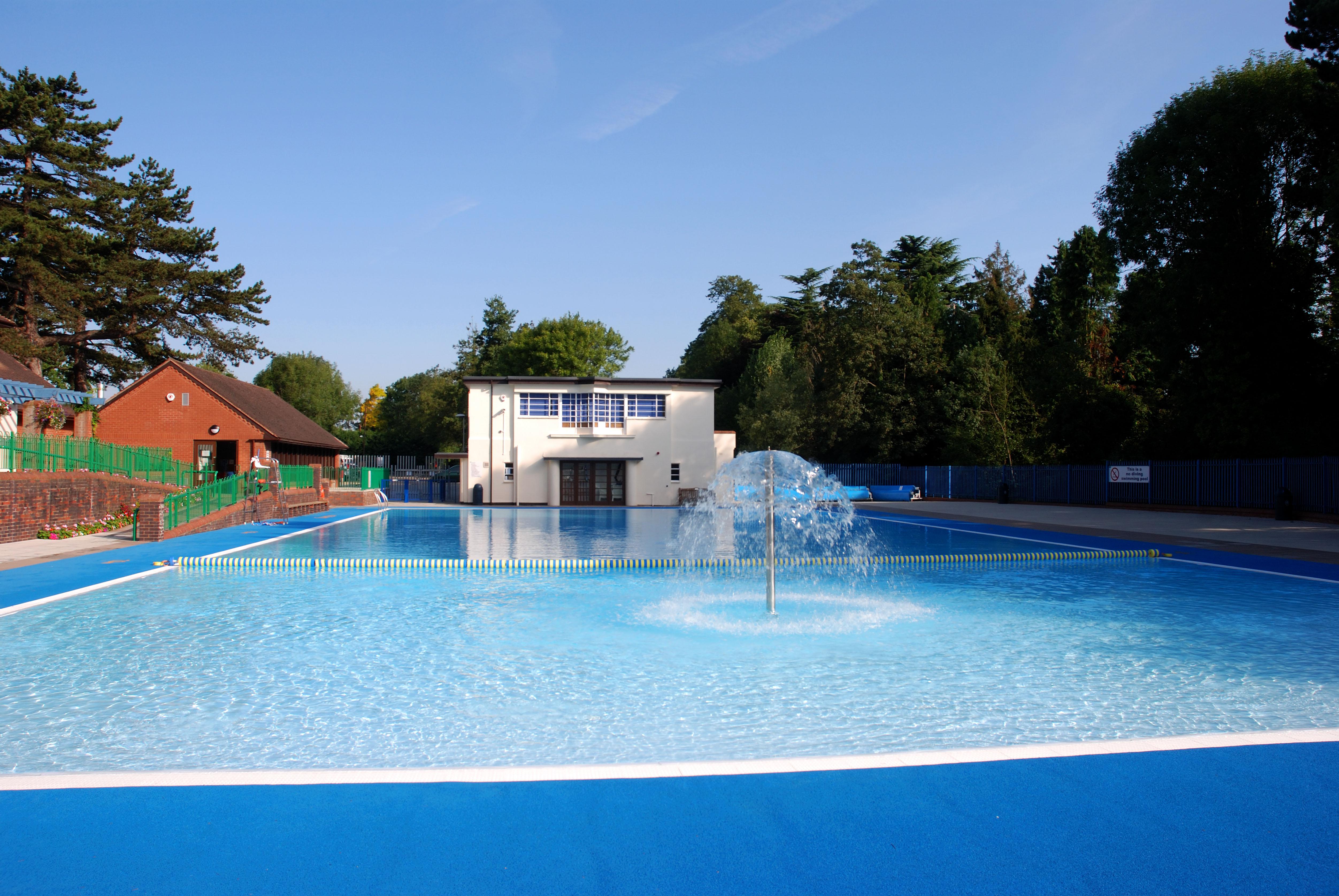 The Droitwich Spa Lido in Droitwich Spa, Worcestershire, is one of the few remaining inland, open-air salt-water swimming pools in the UK.

The Lido was built in an Art Deco style and the pool is filled with diluted brine that is pumped from brine streams beneath the town.

It closed at the end of the 1990s but reopened In the summer of 2007 following campaigning by locals. 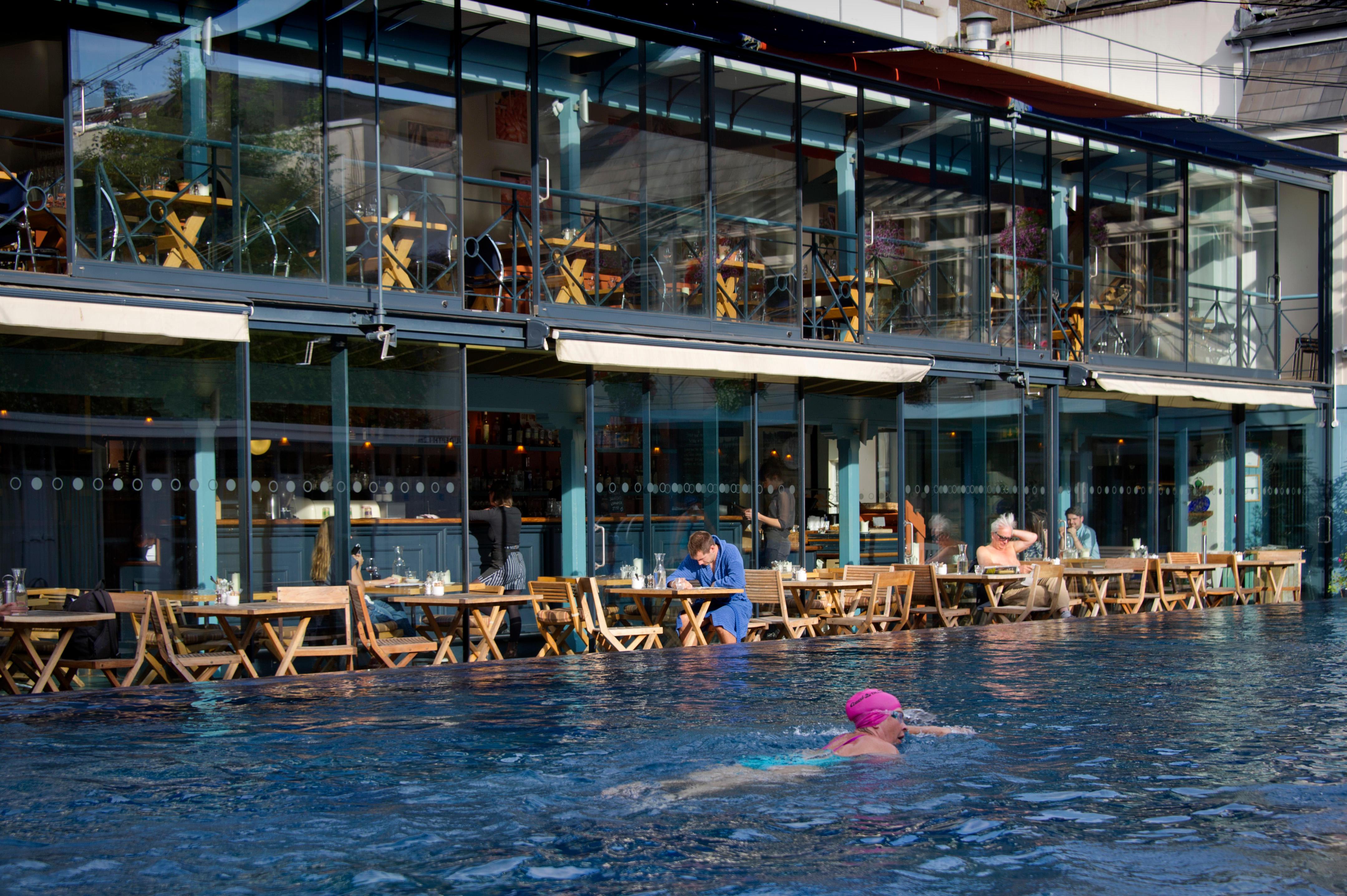 The Clifton Lido in Bristol opened in around 1850, but after falling into disrepair the pool was closed in 1990.

It was saved from demolition and given Grade II listed building status in 1998 though and then taken over by a private company called the Bristol Glass Boat Company.

They resorted the pool and reopened it in 2008 along with a café and spa facilities, it is now available for public use but priority is given to club members. 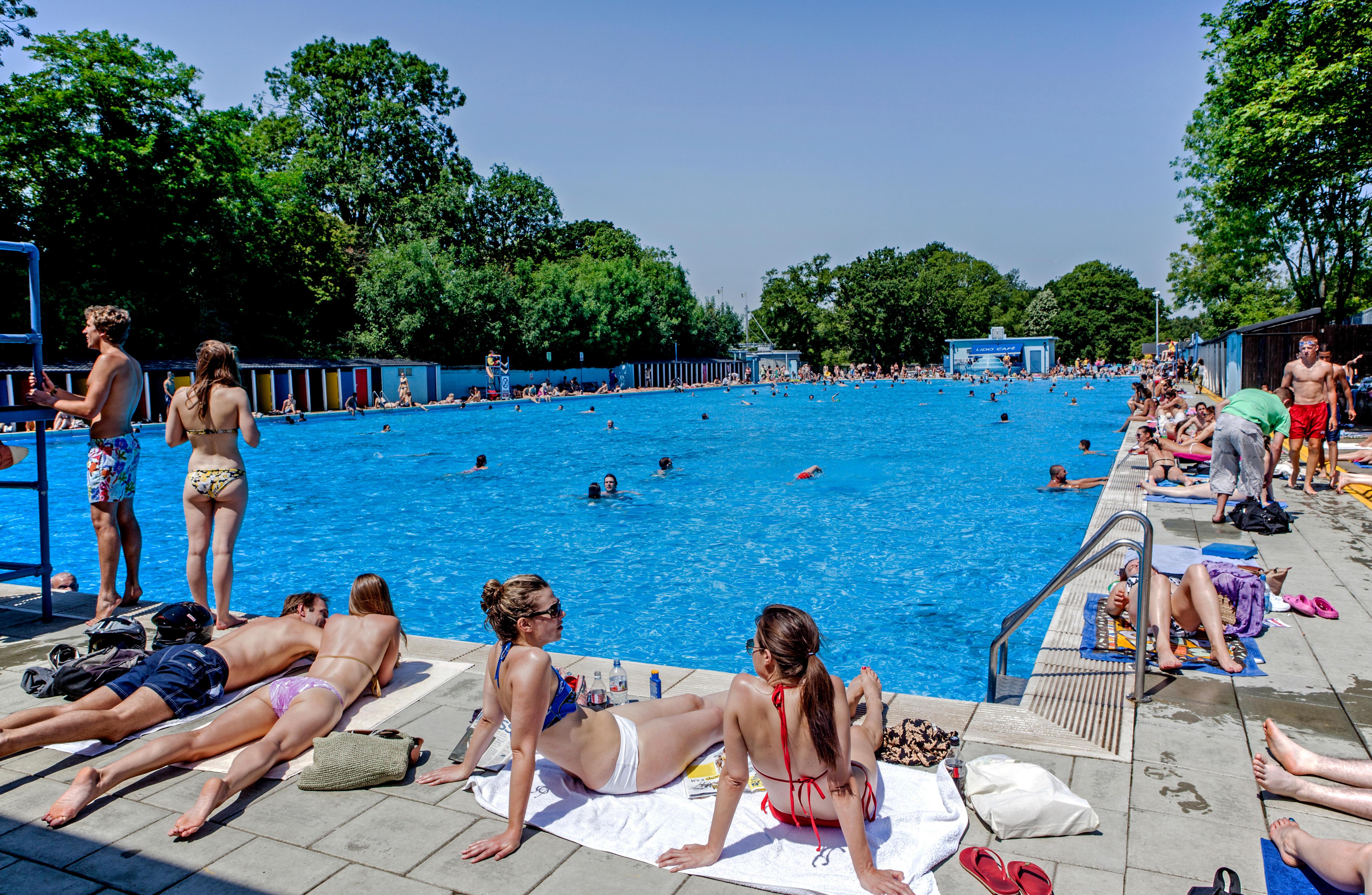 Tooting Bec Lido in south London is the largest swimming pool by surface area in the UK at, 100 yards long and 33 yards wide.

The brightly-coloured changing room doors have made it a popular scene for fashion shoots and Brad Pitt's boxing "pool" scene in Snatch was filmed there. 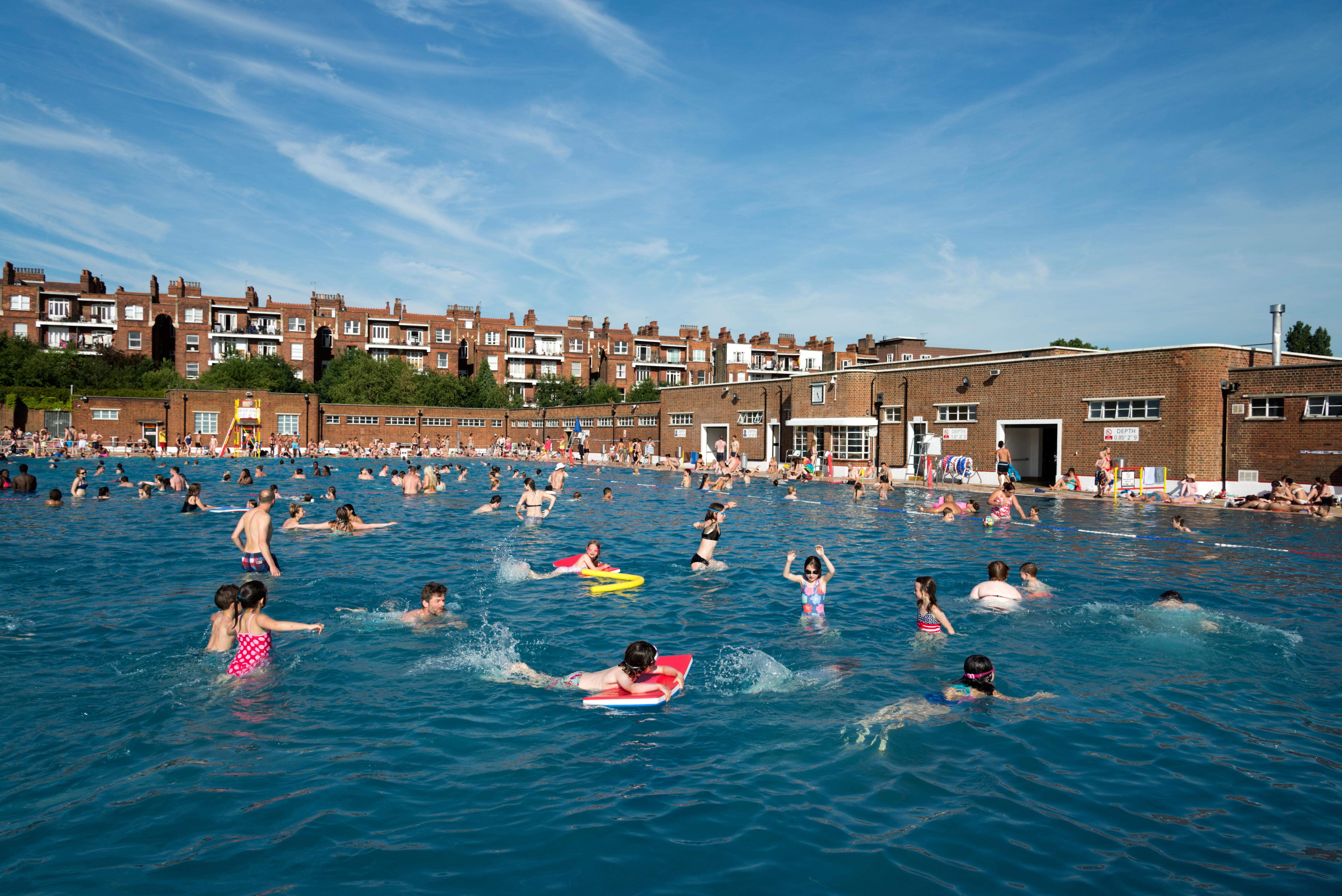 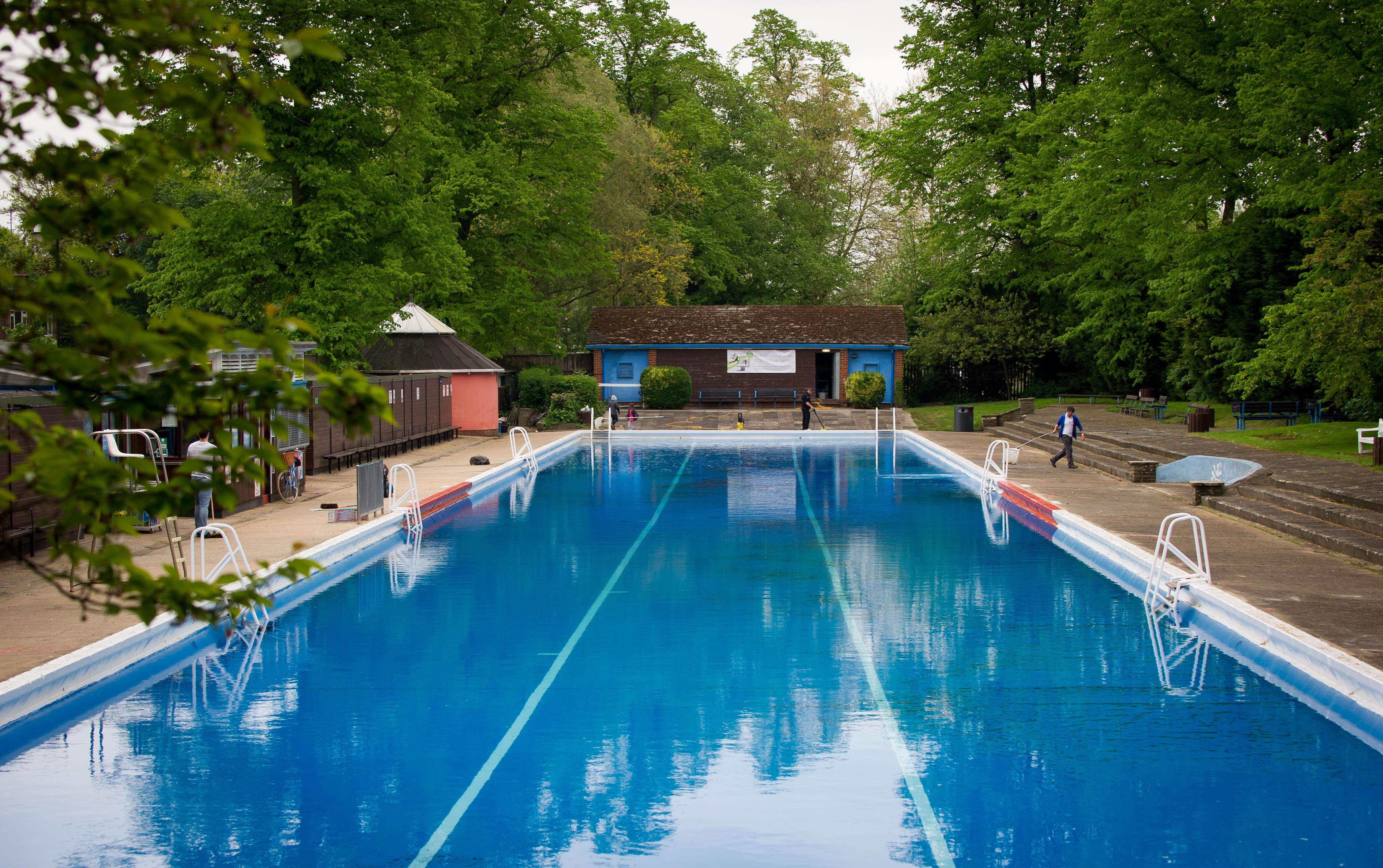 The lido is 15 yards wide and 100 years long, making it one of the longest outdoor swimming pools in Europe, and it was designed like that so it could mimic the flow of a river.