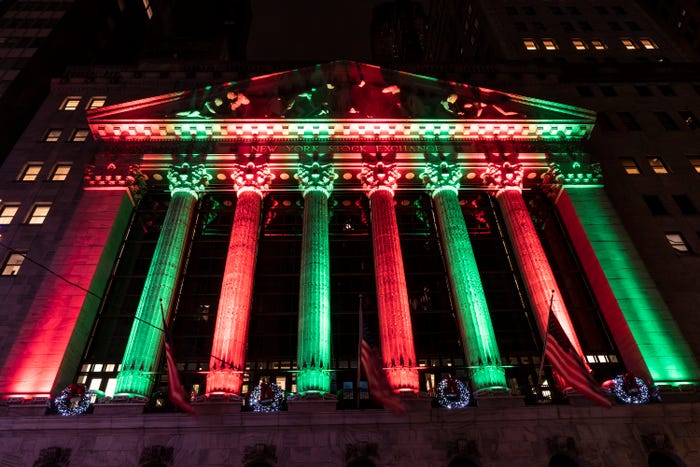 Across the US, famous buildings and notable landmarks are lit up for the winter holidays.

From the White House in Washington, DC, to the famous Rockefeller Center Christmas tree in New York City, holiday cheer takes the form of light displays, decorative trees, and even drive-thru Christmas experiences.

Here are 11 landmark sites all decked out for the holidays. 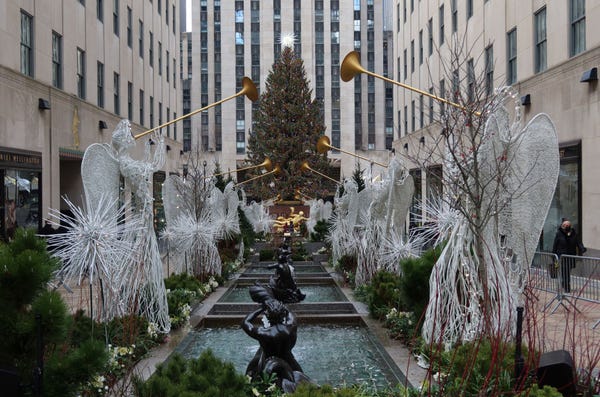 An owl was found inside the 75-foot Norway spruce when it reached New York City this year.

The New York Stock Exchange is lit up in red and green. 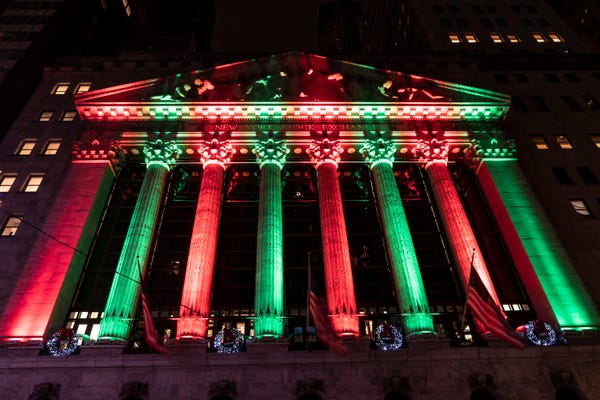 The building was listed on the National Register of Historic Places in 1978. It was completed in 1903 and cost $4 million to build. 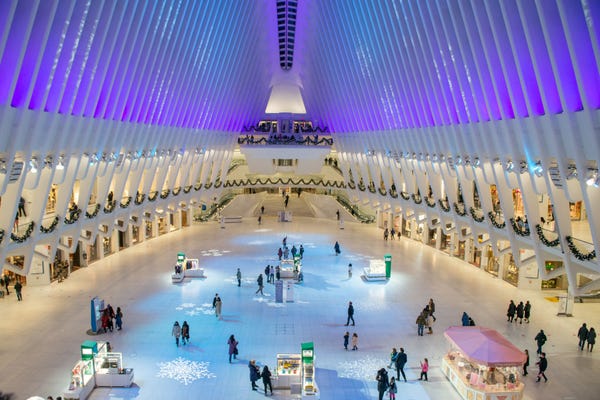 The Oculus, designed by architect Santiago Calatrava, was completed in 2016. It was planned as part of the rebuilding of lower Manhattan after the attacks of September 11, 2001.

The city's newest landmark, the Vessel in Hudson Yards, is also aglow this year. 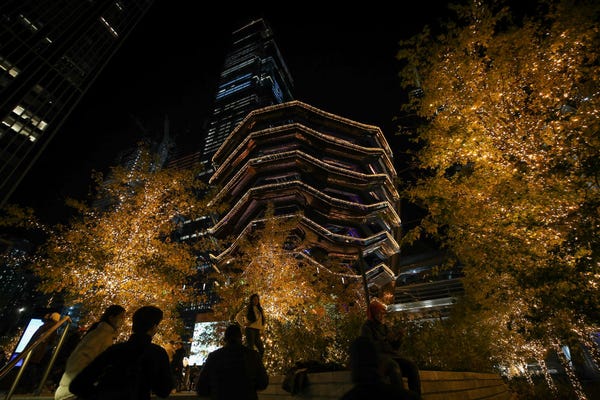 The Vessel, a honeycomb-like structure in Manhattan's Hudson Yards neighborhood, opened in 2019 and cost $200 million to construct.

In Washington, DC, the National Christmas Tree shines on the White House Ellipse, a tradition that dates back to 1923. 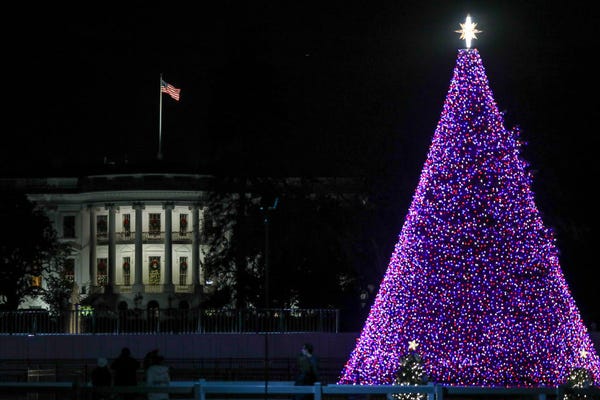 This year's 18.5-foot tree came from Dan and Bryan Trees in West Virginia.

The National Menorah is also on display on the White House Ellipse. 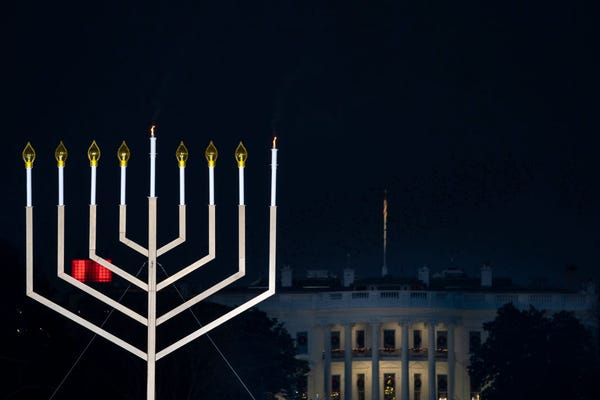 President Jimmy Carter was the first president to recognize Hanukkah with a menorah lighting on the Ellipse in 1979.

The US Capitol has its own Christmas tree, lit every year by the speaker of the House. 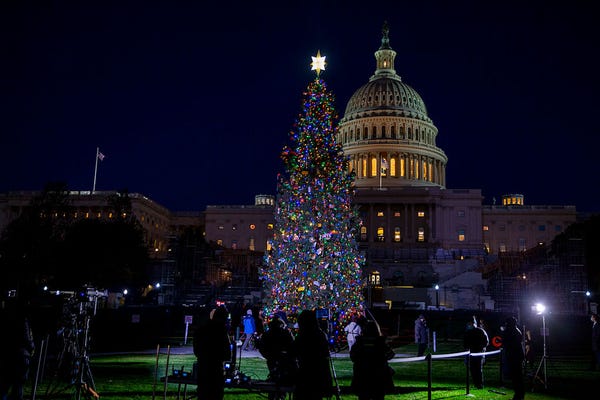 The 55-foot tall Engelmann spruce was harvested in western Colorado. 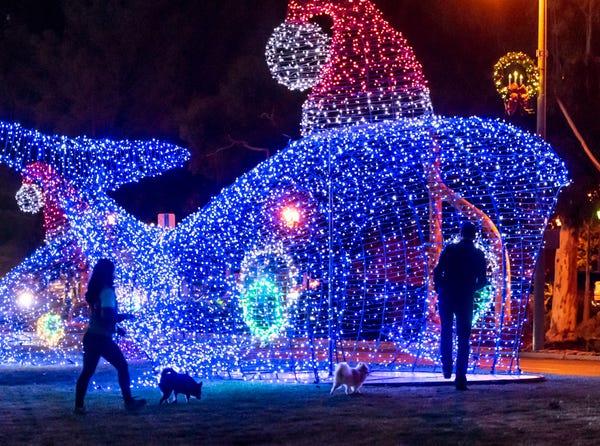 The display includes a Candy Cane Lane, a "Merry Kiss Me" arch, and boat rides with Santa.

The Farmers Market LA in Hollywood, also known as The Grove, is full of Christmas cheer. 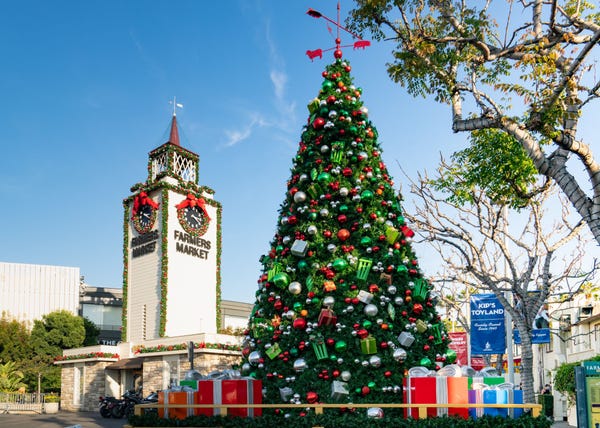 The Original Farmers Market dates back to 1934. Before that, it was a dairy ranch and an oil field. 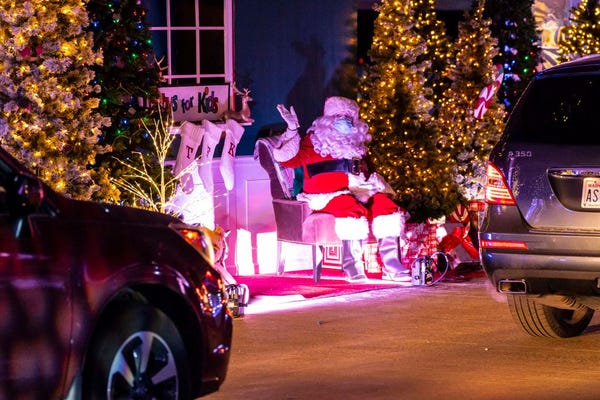 Since NFL games are being played with no or limited audiences, the stadium's parking garage was repurposed to create a drive-thru Christmas event called Starlight Lane. Drivers listen to the synchronized soundtrack on a radio station as they pass holiday scenes such as Santa Claus and his elves.

Stockbridge, Massachusetts, was made famous by Norman Rockwell's painting of Main Street during the holiday season. 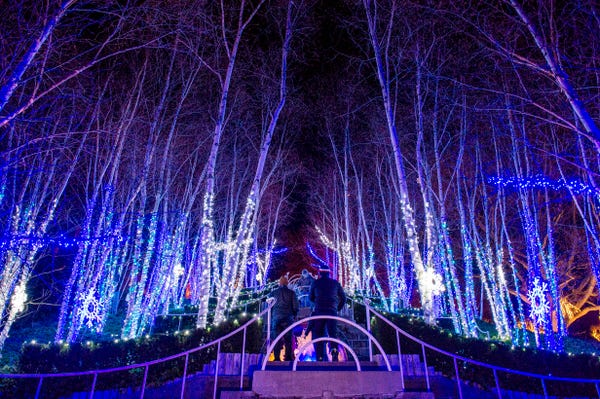 Naumkeag, an old estate in Stockbridge that once belonged to Joseph Choate, is transformed into a winter wonderland with over 200,000 lights.