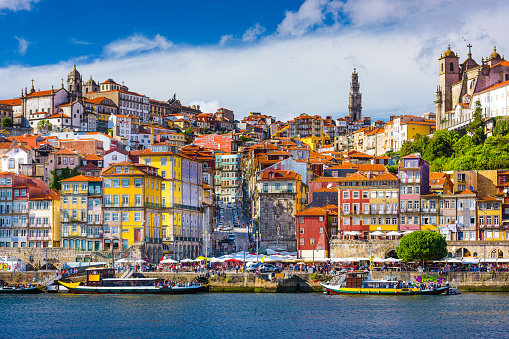 Winter in the UK is set to be a cold and expensive one – particularly if you work from home.

So, if you were looking for a chance to escape, a certain opportunity has just come knocking – especially if you want to dip your toe in the ‘digital nomad’ lifestyle (AKA, working remotely abroad).

That’s because Portugal has launched a new work visa specifically for remote workers.

The idea is that budding digital nomads can live and work in the country for up to 12 months.

Portugal has followed in the footsteps of other countries trying to entice these digital nomads over with working visas.

However, there’s no denying that it’s been trying to appeal to international workers for a while, with its long-running D7 visa: which permits anyone to live and work in the country if they earn more than Portuguese minimum wage (around £718 per month).

But where this new visa differs is the fact that it’s aimed at people willing to temporarily relocate.

So those wanting to get a taste of living and working in Portugal, but without the long-term commitment.

And who can blame anyone wanting to do so, as the country has so much to offer – with bustling cities such as Porto and Lisbon as well as scenic beach locations, including the Algarve.

To qualify for this digital nomad visa you’ll need to be employed by a foreign company and come from a country not in the EU or EEA.

Other details – such as requirements, wage and eligibility factors – are yet to be released, but it’s likely they will be revealed very soon.