The future is now – at least at the Philadelphia International Airport (PHL).

Each gita robot can hold up to 40 pounds in its cargo bin, where customers’ orders are kept.

TSA LISTS GUNS, SUSPICIOUS DEVICES AND A DEAD SHARK AMONG ITS ‘TOP 10 CATCHES’ OF 2020

“Now more than ever we are looking to be forward-thinking and innovative regarding our contactless ordering options,” Megan O’Connell, PHL Food & Shops marketing and customer service manager, said in a statement. “Gita allows our guests to customize their experience by choosing how much or how little human interaction they want when having their food delivered.”

The gita robots are a temporary addition to the airport’s existing contactless ordering program, which it launched in October in partnership with the AtYourGate delivery service.

When a traveler at PHL orders food from one of the airport’s restaurants or shops through OrderAtPHL.com, or the app, they can choose the robotic delivery option for a fee of $2.99, according to PhillyVoice. 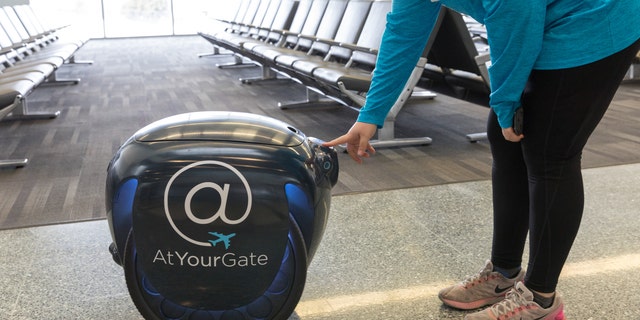 Once their food is ready, the gita is loaded up and follows an AtYourGate employee through the airport – using visual sensors and Bluetooth – to the traveler who made the order.

The gita program started on Monday and will run through April, according to the Philadelphia airport.

The robot has also been piloted at other U.S. airports, PHL said in its announcement. 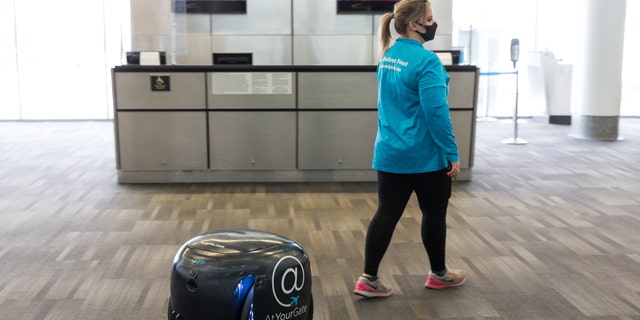 The gita robots use visual sensors to follow an AtYourGate employee through the airport to the person who ordered the food.
(Dave Rosenblum/Philadelphia International Airport)

“We think passengers and employees will be pleasantly surprised to see their AtYourGate delivery being handled by a robot,” O’Connell said. “At the end of the pilot, we will look at feedback from customers and from the AtYourGate team members working with the gita to better understand how we can utilize gita in the future.” 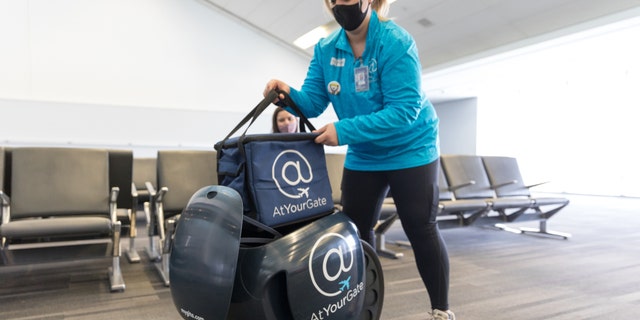 Once the gita arrives at a customer, the customer can open the cargo bin themselves and take out the food they ordered, PHL said in its announcement.
(Dave Rosenblum/Philadelphia International Airport)