The flight had returned from Barbados at 5.20am when the plane was surrounded by police and medical crews. 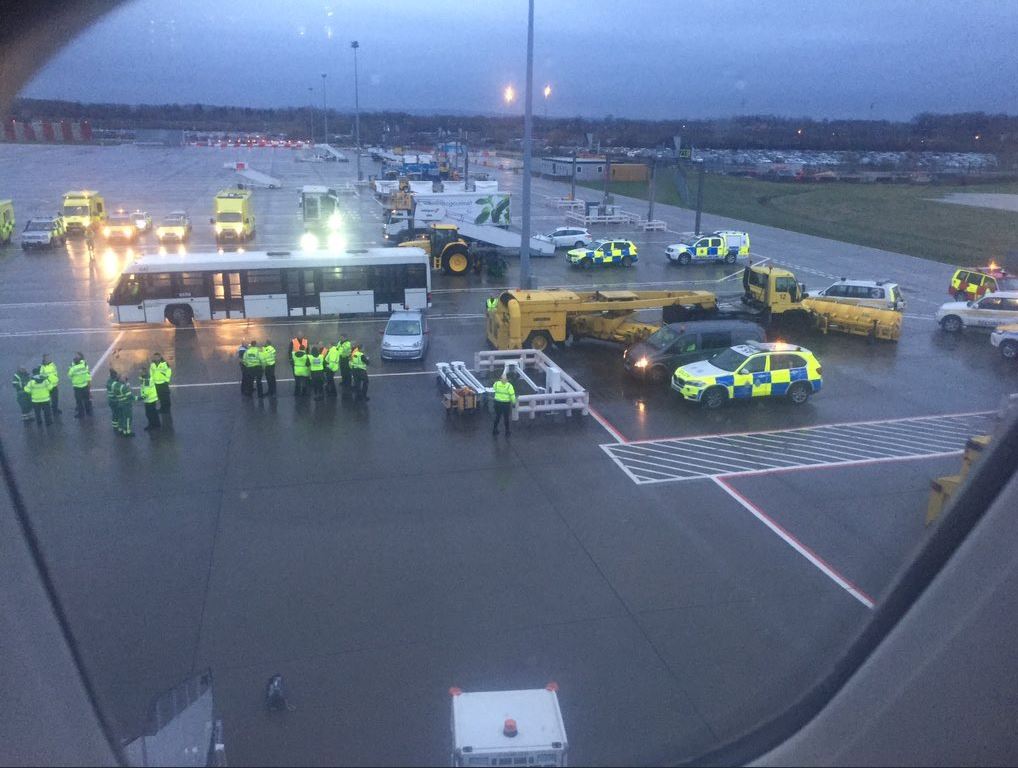 Passenger Phill Brown, from Lower Kingswood, told Sun Online Travel: "We had been on a two week vacation around the Caribbean with MSC Preziosa when half-way through the flight, we heard disturbances with the crew.

"They asked over the tannoy to let them know if anyone felt ill on the flight.

"There was lots of coughing and rumours that someone had soiled themselves on the plane, as we heard that some people had been ill on the cruise.

"When we landed, we were held on the runaway for two hours with loads of ambulances and port health authority and fire crew." 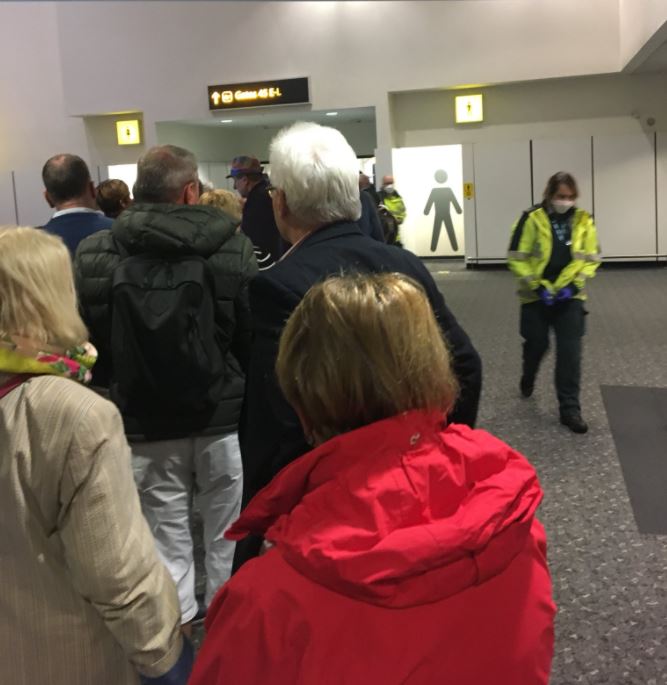 He said passengers were then taken to a separate holding pen where they were held for four hours, with masked ground staff checking their passports and medics conducting tests with heart monitors.

Phill, 47, explained: "People were saying different numbers of how many had been affected, with some saying 150, with approximately 16 ambulances being called.

"One policeman said a person had been taken to hospital."

However, he praised the ground crew and Virgin staff who were "fantastic" and making sure they were looked after.

He said passengers have since been allowed to leave the airport with a number of them collecting their baggage from a separate area of the airport.

Passenger Trevor Wilson posted a picture of the incident with emergency crew outside the plane.

He wrote on Twitter: "Currently been stuck on plane at #gatwick for 90 mins due to sickness on board! Now told we are being taken to a holding centre to be assessed!"

He explained five members of the cabin crew had also fallen ill on the flight.

According to LBC, the flight landed at 5:20am this morning, with police boarding "the plane in masks".

A Virgin spokesperson told Sun Online Travel: "A number of customers on board a charter flight from Barbados to London Gatwick this morning (March 6th), reported feeling unwell onboard.

"The safety and wellbeing of our customers and crew is always our absolute priority, and local ambulance services attended the aircraft upon landing to provide medical assistance.

"We are working closely with London Gatwick Airport and medical teams to offer assistance to customers, and will conduct a full investigation into the circumstances."