PASSENGERS arriving from red and amber list countries will be split up at the airport, using empty terminals, the Transport Secretary has said.

It follows concerns that amber and green list arrivals were forced to mix with those arriving from countries on the ban list, causing a  "super-spreader" bottleneck. 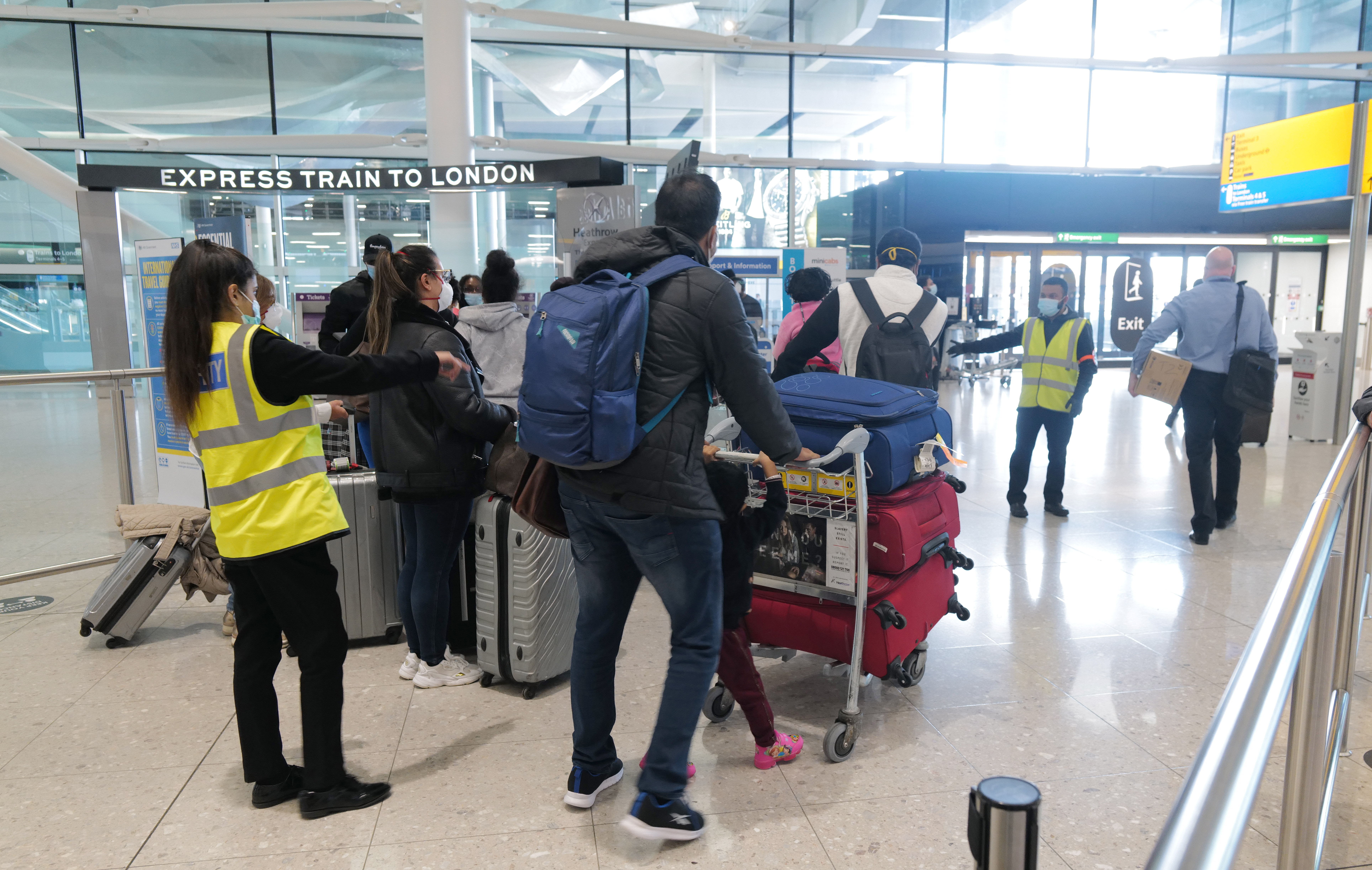 Heathrow has closed Terminals 3 and 4 to try and save money during the Covid pandemic, meaning all arrivals into the airport are now being piled into the same lines at Terminals 2 and 5.

As a result, red, amber and green list passengers have all mixed together, with airport staff reportedly "struggling" to cope.

A dad returning from New York complained on Twitter: "Asked to go and sit somewhere while one parent queues up we’ve been directed to sit with a family who have just arrived from a Red List country."

It comes after an airport chief warned Border Force problems meant passengers face "chaos" and "unacceptable" queues when returning to the UK.

However, Grant Shapps said he wanted passengers arriving from amber and red list countries to be segregated in airports.

"A lot of this is to do with the practicalities, of course, and everybody has to be tested before they are even able to get on to a flight to the UK," he told the BBC.

"But I do want to see people separated out as much as is practically possible and we have asked, and I think Heathrow will respond to this at the beginning of next month." 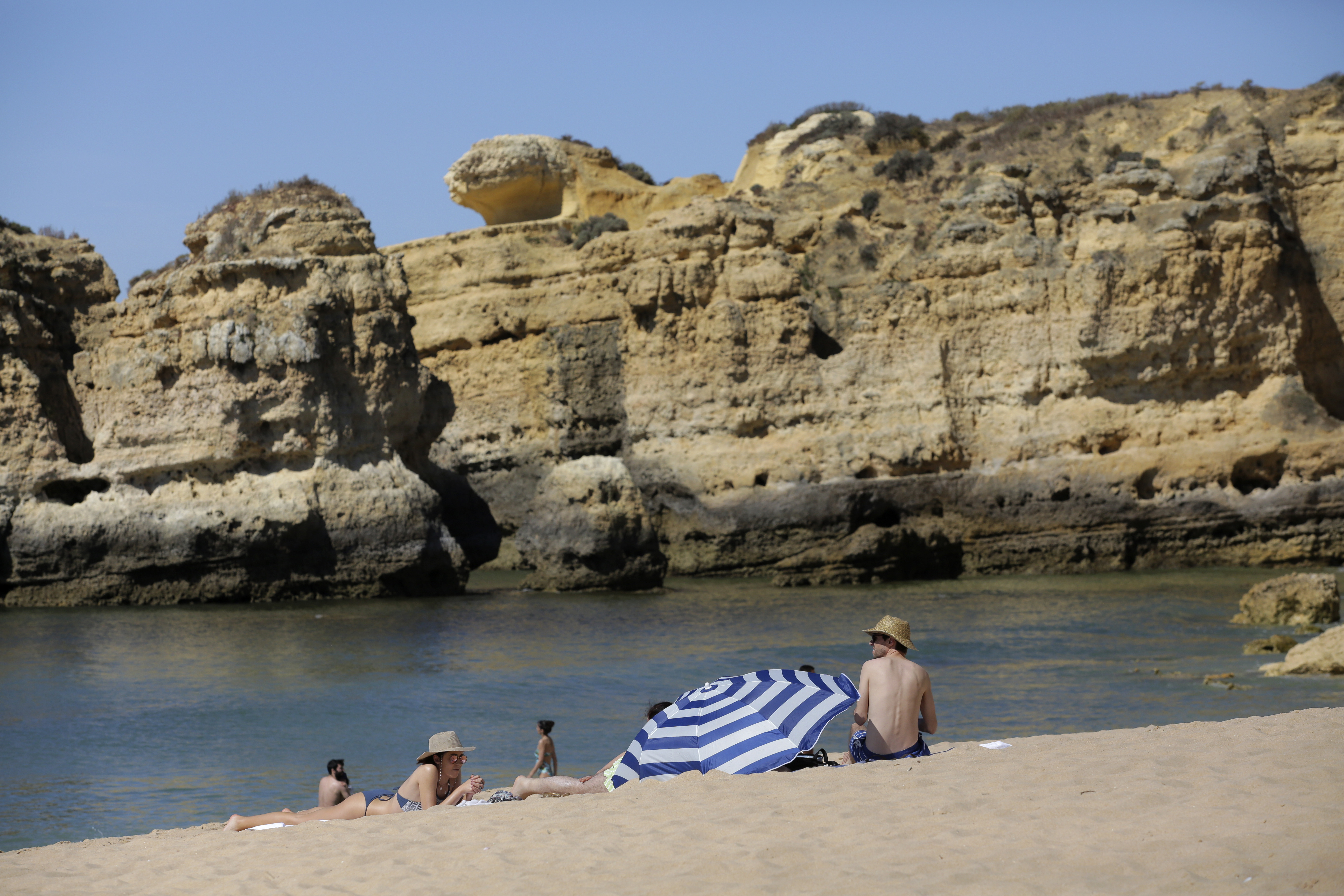 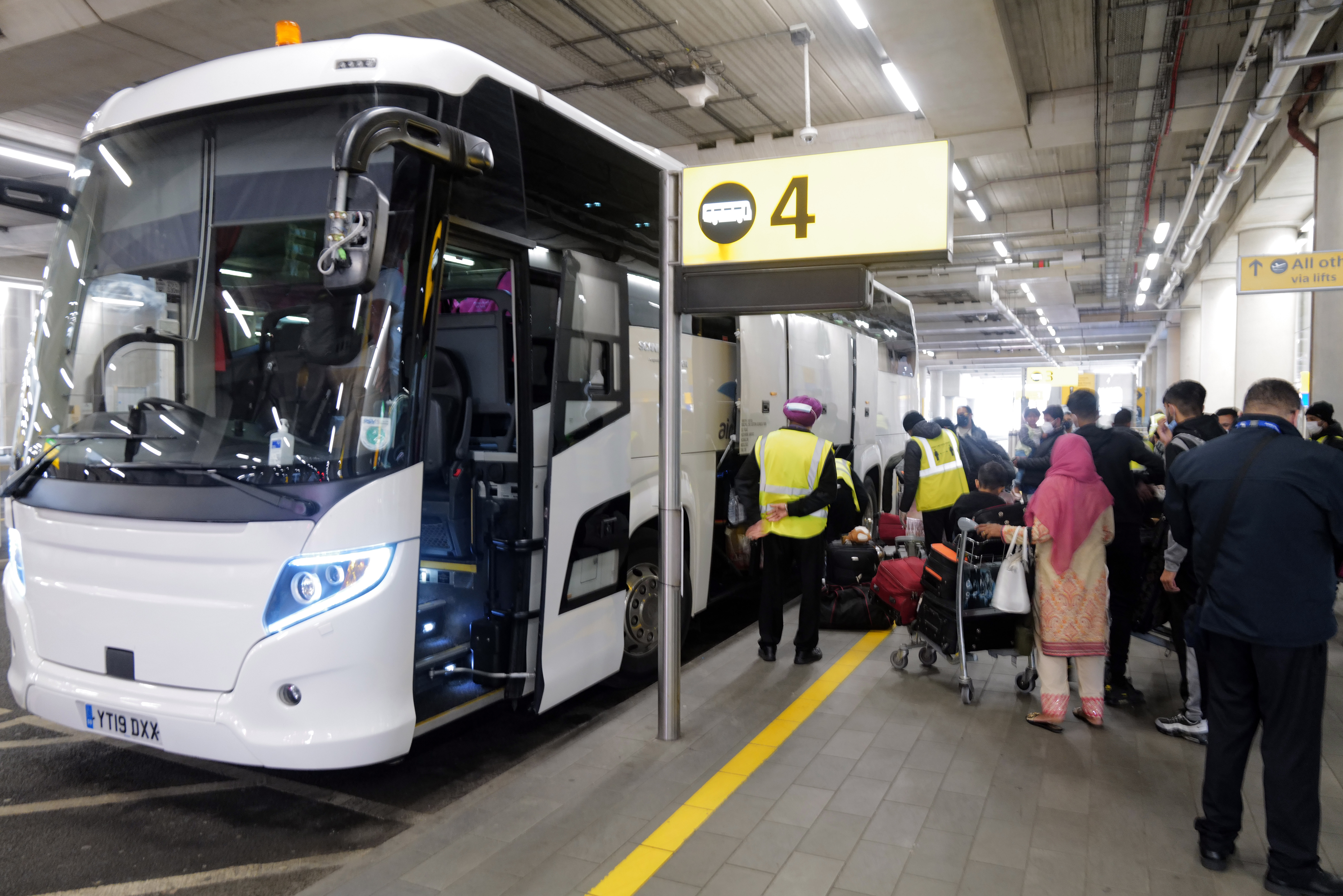 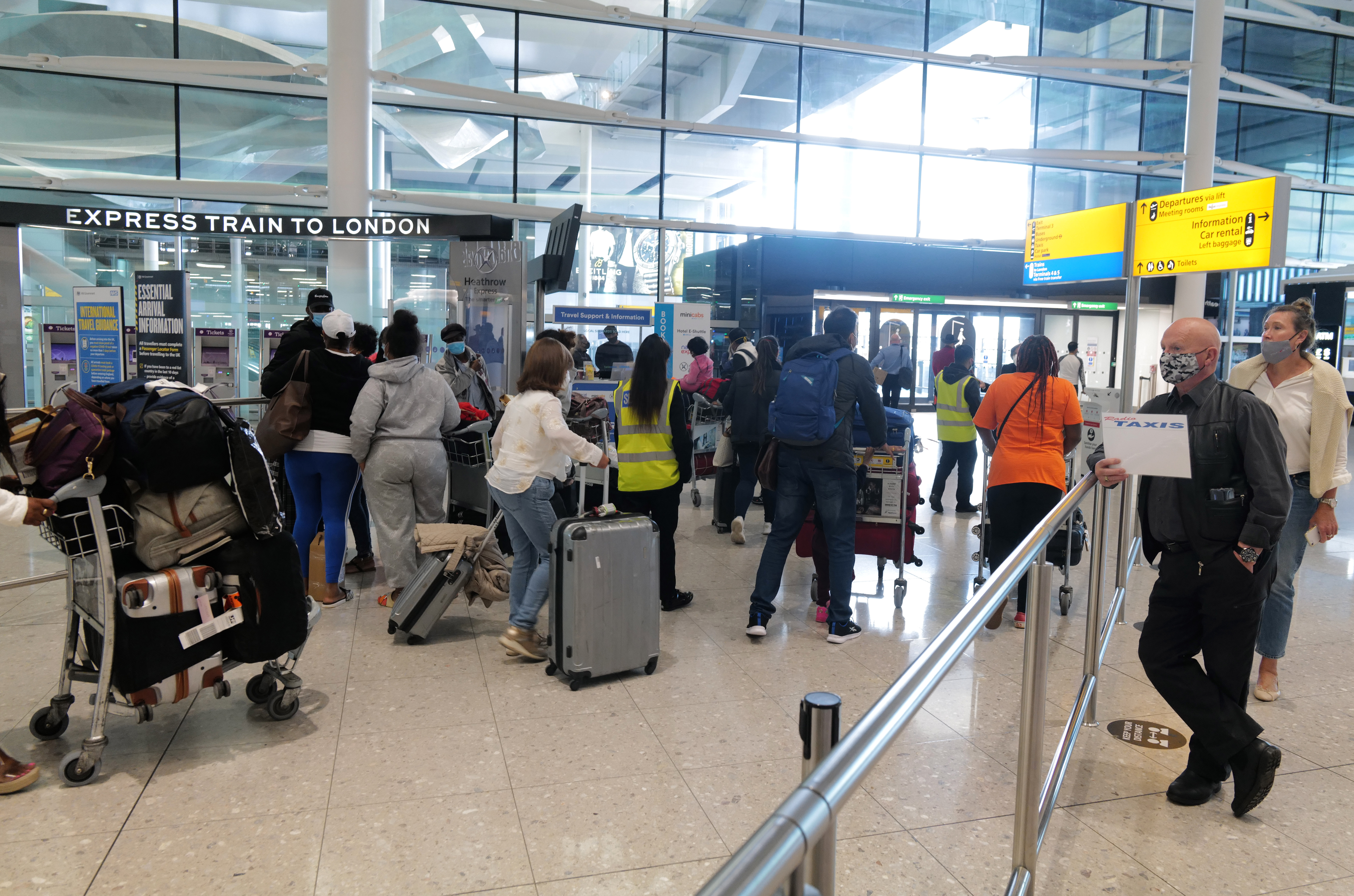 There was "excess space" due to the low level of travel and Heathrow is examining using a "spare terminal to bring in perhaps the red flights separately".

While travelling to red list countries is banned, flights from India – which was put on the list due to the threat of the new variant – are still landing in the UK with more than 110 planes departing from cities including Mumbai and Delhi and landing in Britain.

Despite this, holidays abroad are able to go ahead again with the travel ban lifted on Monday.

Thousands of Brits have headed to the airport this week, to go on their first overseas holiday of the year.

However, this should only be to green countries, which includes just 12 destinations such as Portugal and Gibraltar – with MPs saying holidays to amber list destinations should not go ahead.

Mr Shapps said he wanted to see more countries added to the "green list" for travel.

He told BBC Radio 4's Today: "The amber list and the red list are not for holidaymakers, that's not the purpose of those lists at this time.

"We just think that after a year of lockdowns in this country, of people coming forward in record numbers to get their vaccines, we do not want to be in a position of taking risks at this stage about our unlock."

Asked if he was pushing for the green list to be extended he said: "Of course. The reason for that is we have ended up getting way ahead in terms of our vaccination programme in this country and we are just having to wait for other countries to catch up with us.

"That's going to gradually happen, obviously, you can see it's happening, so that list should expand."

The next review will take place on June 7 with hopes that popular holiday hotspots Spain and Greece will be added in time for the summer holiday period.

Brits will find out on June 14 if travel restrictions will be fully lifted from July 21, Matt Hancock has warned.

Travel restrictions have been lifted in the UK as well, with hotels reopening and group holidays able to go ahead in England and Wales.

Here are some last minute UK holiday deals for May and June, starting from just £49 per stay.