RYANAIR have sparked outrage from customers after sending out an email encouraging Brits to "fly home."

The message was sent a day after the government halted Christmas travel in parts of England, and several countries put travel bans on the UK due to a new mutant Covid strain “spreading rapidly” in the south-east. 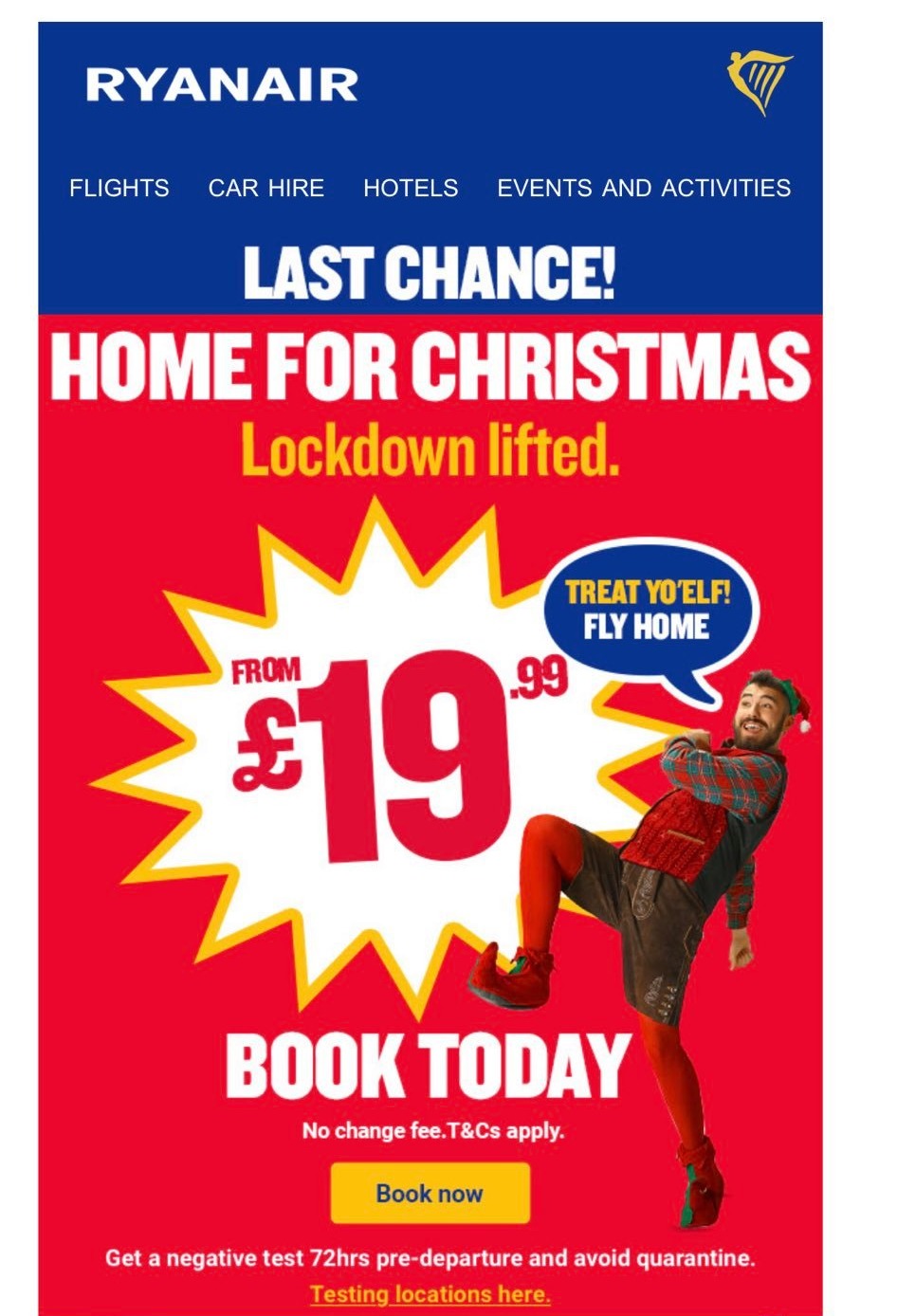 Travel has been banned from yesterday under the highest level restrictions for the newly formed Tier 4 in London and the South East.

Almost 18million people live in the new Tier 4 areas – with restrictions similar to the second national lockdown in November.

Elsewhere in England, the plan to allow Brits to form social bubbles over five days has also been ditched, with only those in Tiers 1 to 3 allowed to form a bubble on Christmas Day itself.

In addition, several countries have now closed their borders to Brits due to the new Covid strain, which  is 70 per cent more contagious and on the brink of overwhelming hospitals in the worst-hit areas.

Brits who had received the message asked what planet the airline was on and told them to "read the room."

One Twitter user with the handle @jenn_acc said: "This is an email from Ryanair at 22:50 today. Please, I’m in tier 4, what do you expect me to do?", while another called @LaraKBaker said, "Wow, read the room Ryanair,"

Twitter user @KezTink said: "Do you think this email I received today is responsible?? Lockdown has been lifted according to you guys? Very disappointing behaviour from you in the current climate!!!"

One Brit with the handle @Schittstweet questioned where they actually be able to fly to, saying: "Woke up to this from RyanAir. Where is left to go? #BrexitIsland."

Sun Online Travel has contacted Ryanair for a comment. 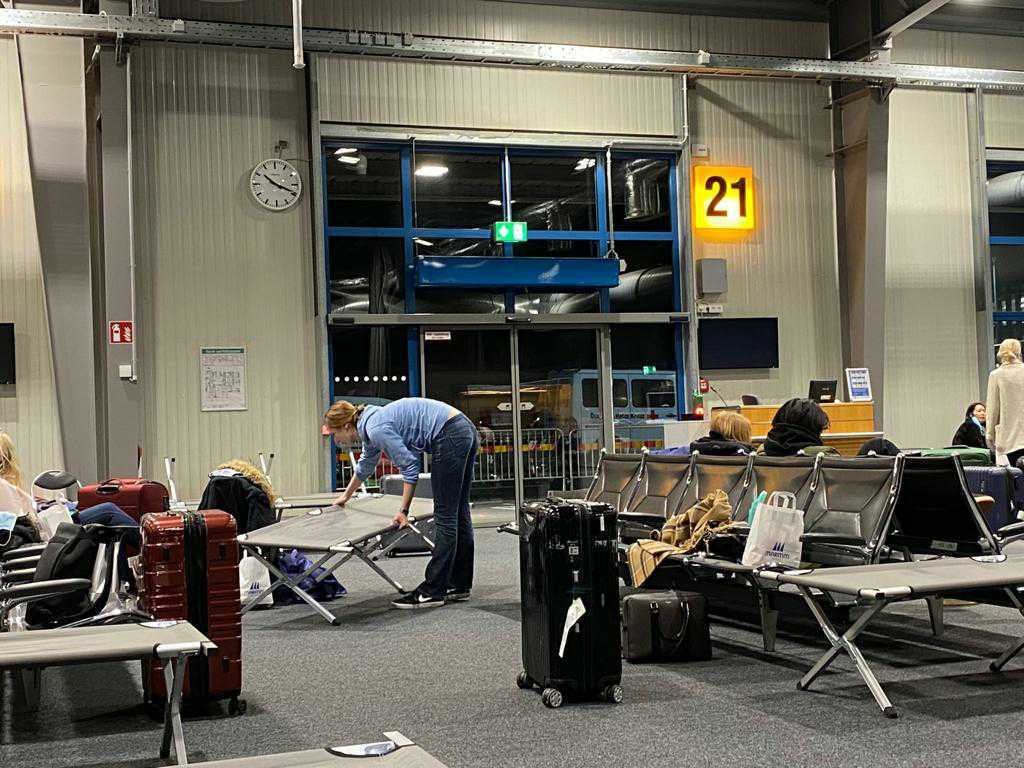 Brits have been held against their will at airports in Europe as the EU moves to ban all travel from the UK.

In Germany, officials at Hanover airport set up campbeds for 63 people who arrived from Britain.

One passenger Manuela Thomys said in a video “we are being held against our will” and “please don’t leave us” while others decided to turn back to the UK.

Meanwhile, the UK is facing food delays days before Christmas as France bans travel to and from Britain including freight due to the mutant Covid strain.

Boris Johnson will meet his emergency Cobra team this morning to address the 48-hour blockade ordered by President Emmanuel Macron.

But supplies of the Covid vaccine will not be affected, Transport Secretary Grant Shapps said on Monday morning.

The news sparked panic buying this morning, with shoppers lining up outside supermarkets at 5am to stock up on Christmas supplies.