A NEW holiday park in Hampshire hopes to start construction next year, with floating lodges, as well as water sports and an inflatable obstacle course.

Hollybush Lakes, located in Aldershot near Farnborough, will be converted into a new resort and accommodation site. 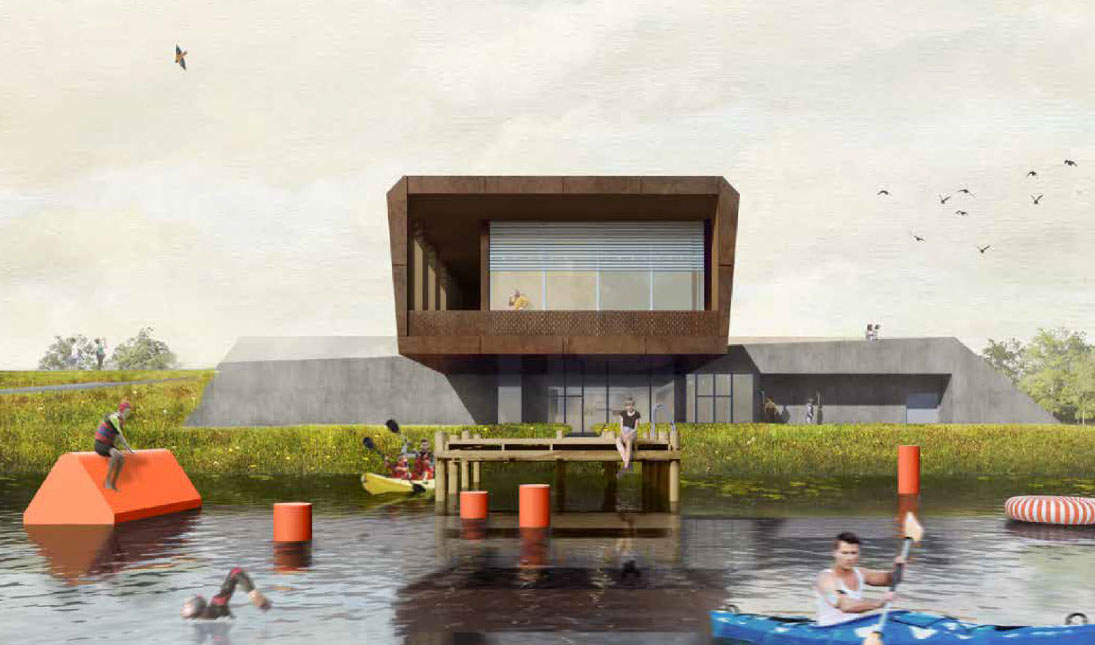 The 16 hectare grounds, currently a former landfill site, will use the current lakes to allow water sports with a two-storey aquatic centre where classes, wetsuit rentals and changing facilities will be located.

Activities will include kayaking and boating, as well as an inflatable obstacle course, while non-swimmers can stay in the cafe overlooking the lake.

Other activities will include an equestrian centre where guests can horse-ride.

Guests will also be able to stay on-site – 21 new self-contained floating lodges will range from two-bedroom to four-bedroom rentals. 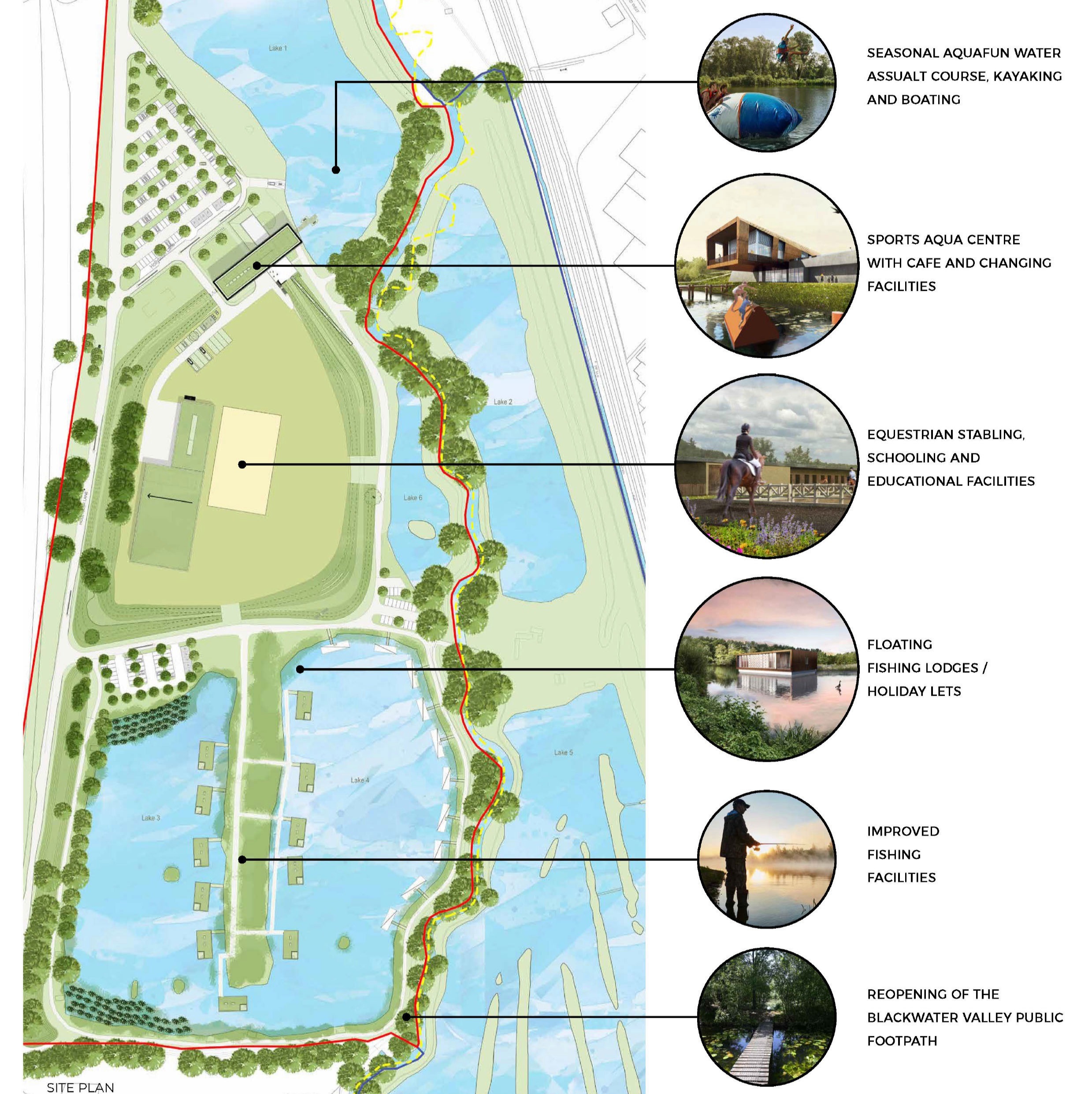 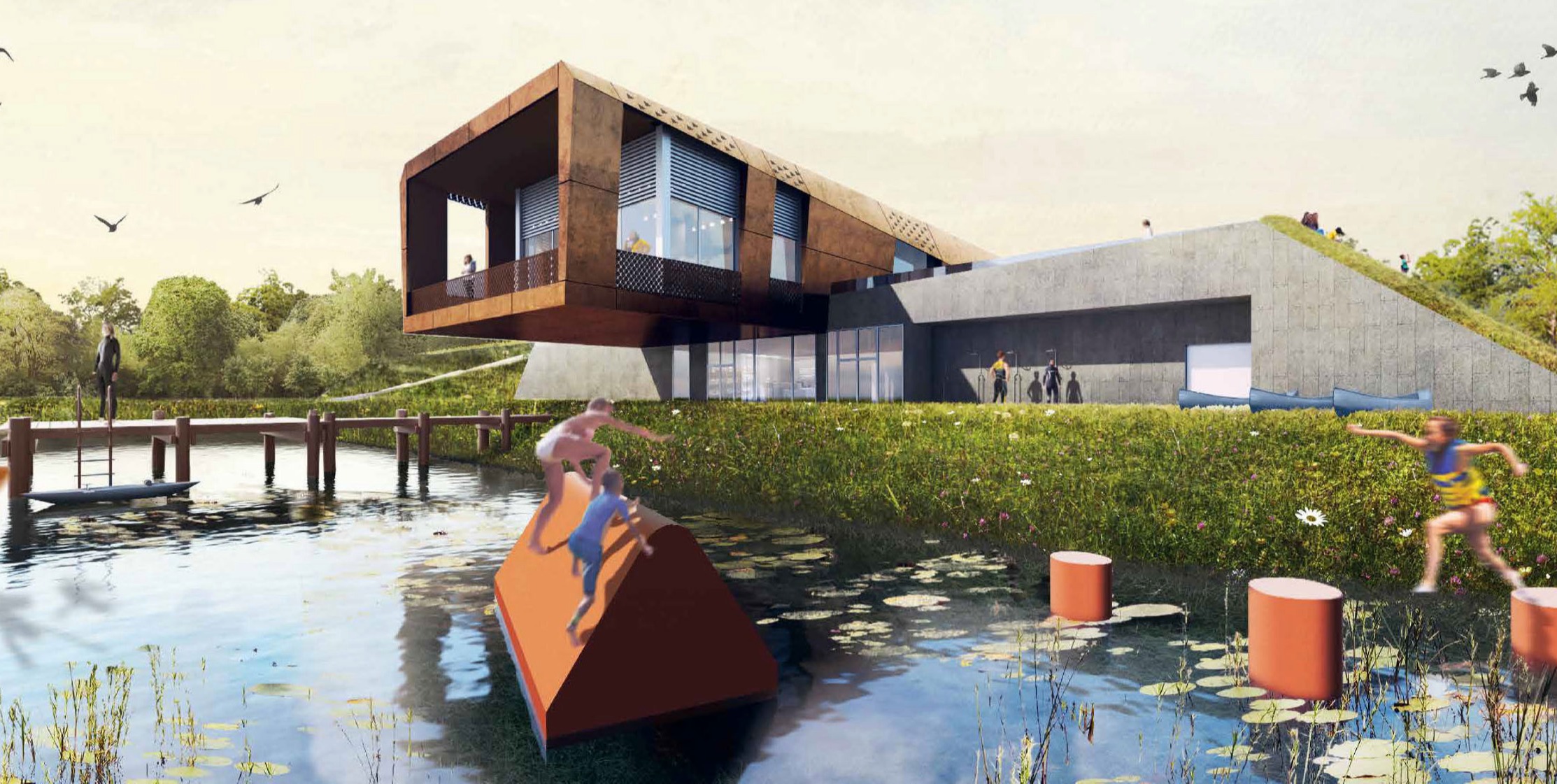 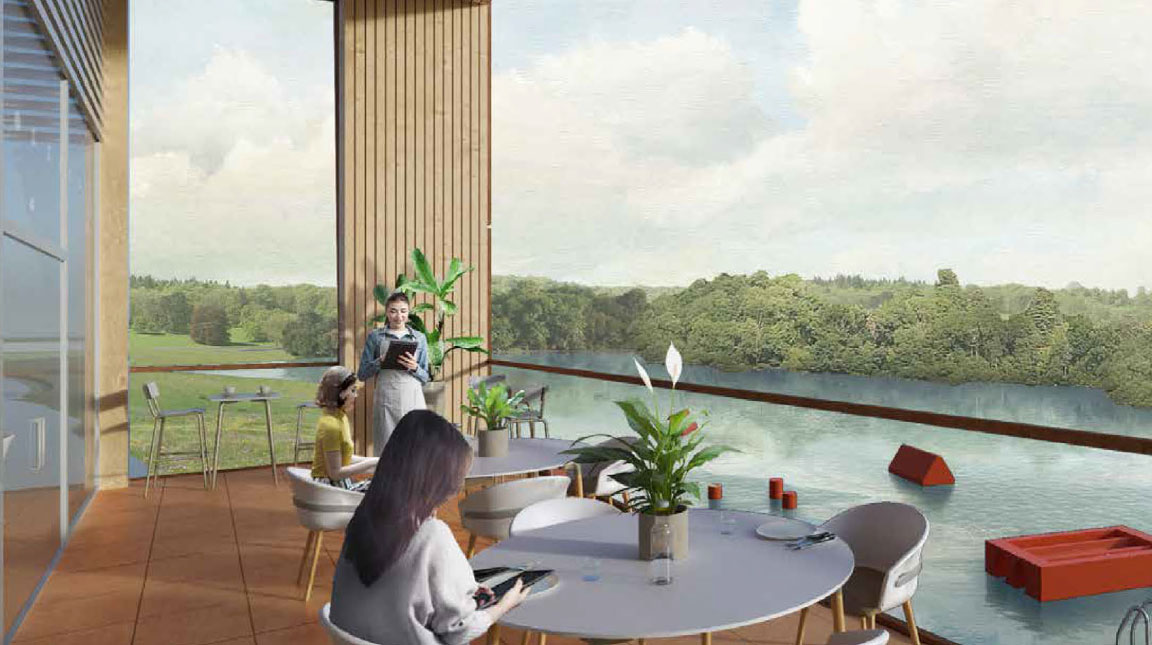 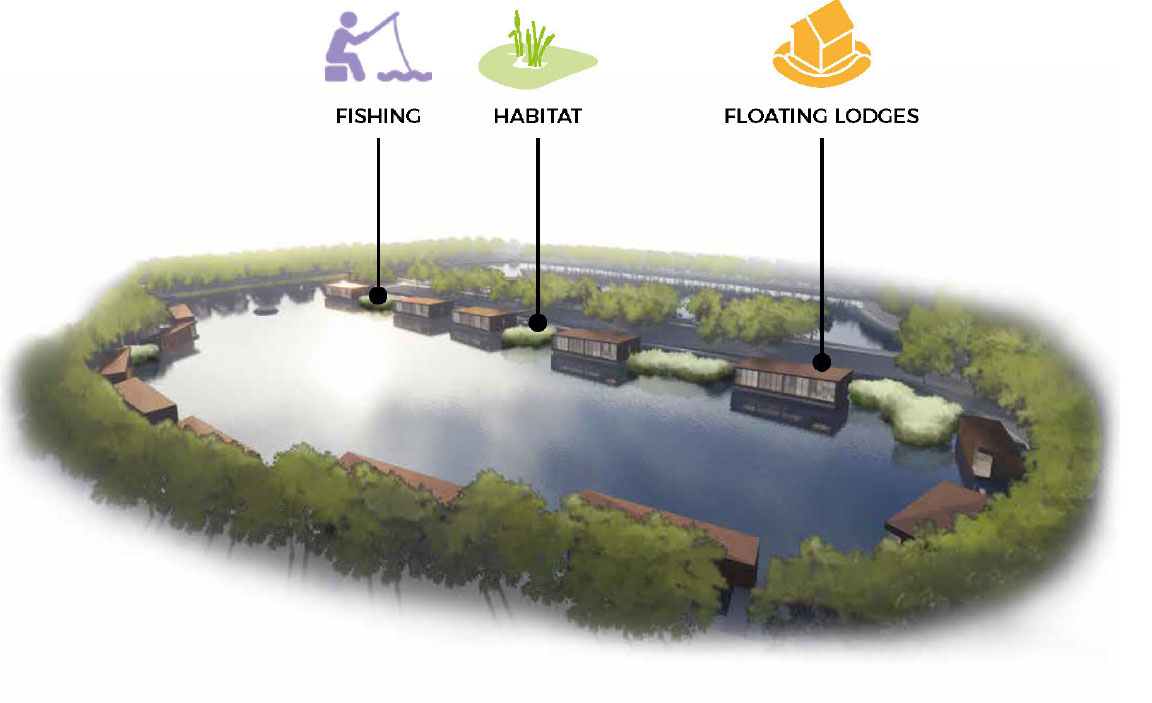 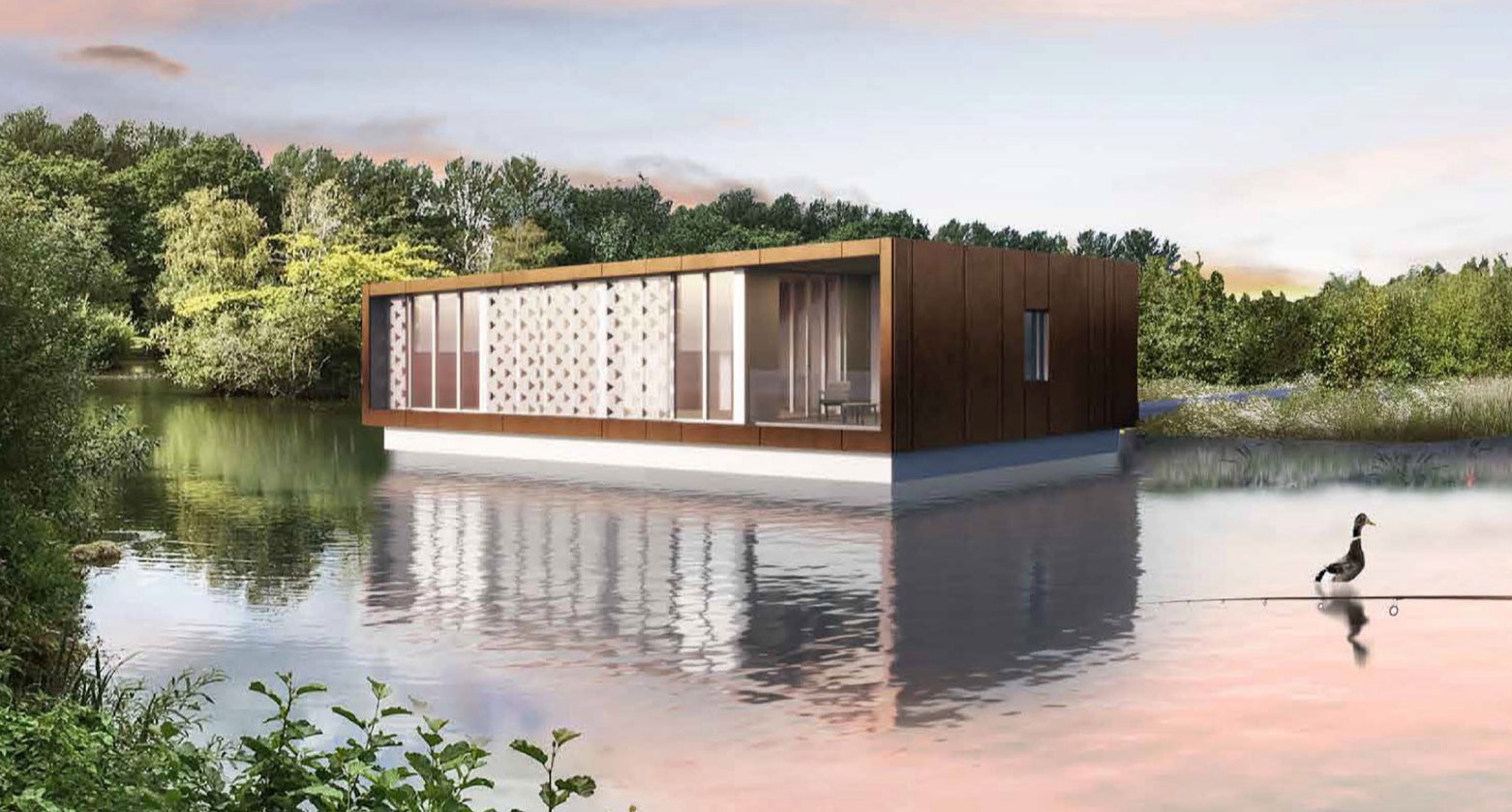 The lakes are currently used for fishing, which will resume at the holiday park.

Other new changes include a wildflower meadow and new car park for 75 cars, which can be used for both guests and commuters.

While the park has not yet been confirmed, the proposal has been submitted for approval with plans for it to start next year if it is accepted.

Richard Coutts, principal of Baca Architects behind the new plans, told local media: "Our scheme represents the opportunity to return Hollybush Lakes back to nature for public enjoyment and ecological enhancement while creating an exemplar leisure destination in the south of England for people wanting a serene, yet active, retreat into nature."

There are other exciting new proposals being submitted for next year – a holiday resort in Lincolnshire with 250 lodges hopes to start building work next year, built on the former Pleasure Island theme park grounds.

A £100m new adventure resort called PEAK is to open next year in Derbyshire with indoor and outdoor activities, wellness centre as well as chalets and hotels.

One of the biggest plans includes the £3.5bn theme park in Kent called London Resort – the first theme park built from scratch since Disneyland Paris.