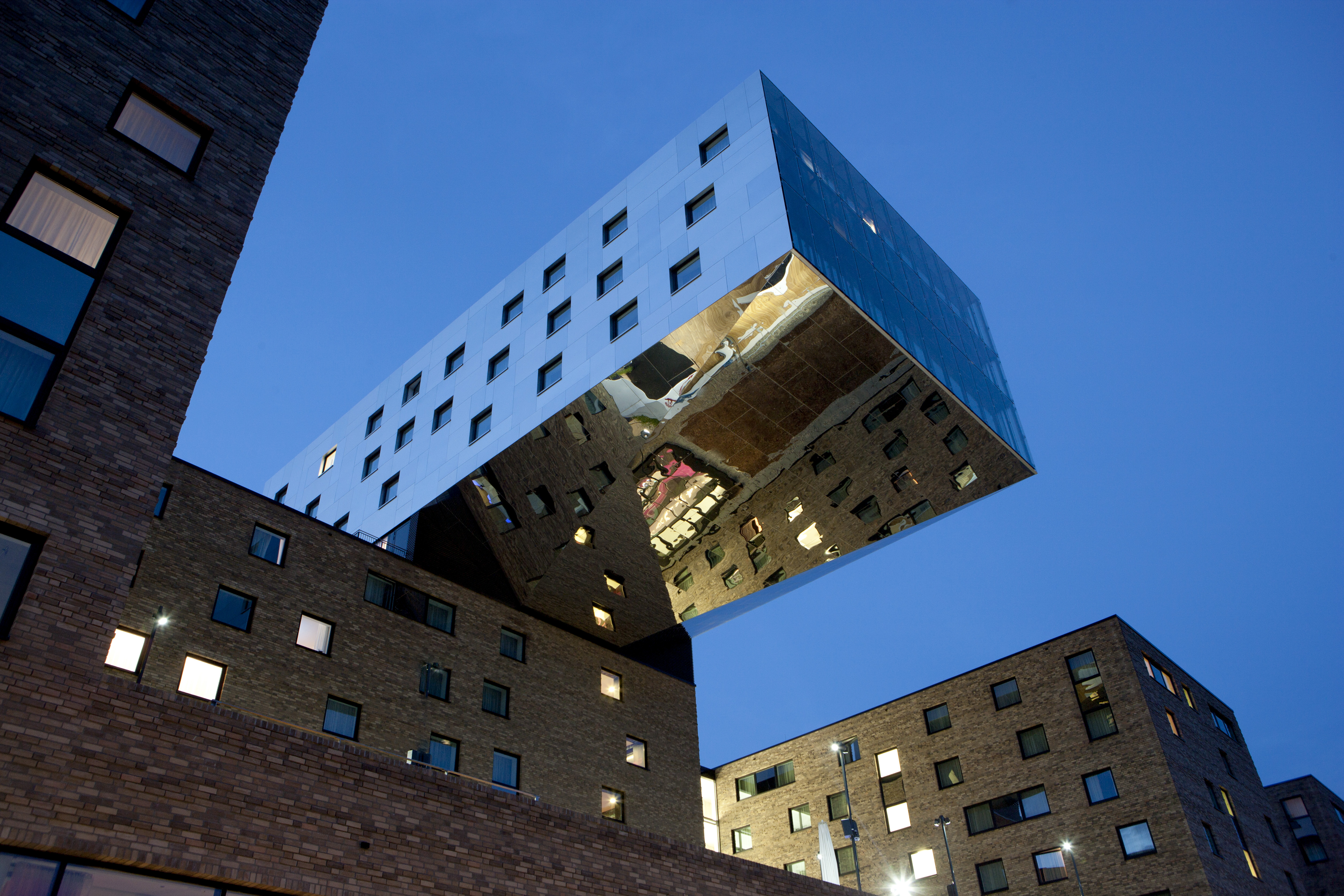 To be honest, I was expecting a bit more applause after my haunting rendition of Chopsticks on the grand piano in the Envy Bar at Berlin’s Nhow hotel.

While I can probably rule out cocktail pianist asa side hustle, for the more gifted musician I can’t imagine a nicer spot to tinkle the ivories than overlooking the River Spree in Berlin.

Music is seemingly piped through every brick here – even the lifts have individual playlists – while on the ground floor, a music stage beckons wannabe Mercury Prize winners.

Skrillex and Skunk Anansie have laid down tracks in a studio on the eighth floor, while the 24-hour room service includes Fender guitars and Yamaha keyboards for no extra charge. I can only play the recorder and that seems to be missing from the menu. Shame.

The futuristic building that houses the hotel on the east side of the Spree (in Friedrichshain-Kreuzberg on Berlin’s hip east side) was the brainchild of architect Sergei Tchoban.

Designer Karim Rashid took care of the interiors. Inside, a giant neon-pink bean serves as a reception desk, rock-star pop-art adorns the walls, while the bar’s loungey pouffes are decorated with soundwaves. It’s not unlike walking into a box of Dolly Mixtures.

Off the lobby, a gallery displays an array of modern art, while being in the spa on the lower ground floor feels like returning to the womb. A vast warm pink space with mixed saunas and steam rooms, plus treatment rooms and a relaxation area.

Be warned – Berlin is a particularly nude-friendly city, so the chances of catching sight of a, ahem, bare bum is higher than average.

There are 304 rooms and suites, many with a river view. I’ve bagged myself a junior suite, not because I’m a rock star but because the team are generous when it comes to upgrading guests. Swathed in pink, it’s rock ‘n’ roll and has a huge bed and bathroom with a tub and after-party shower, which fits at least five. The breakfast buffet comes with free-flowing fizz.

It attracts a mixed bunch, from keen-eared locals catching the next-big-thing on open-mic nights to weekenders enjoying the Berlin scene.

It’s home to techno clubs including Berghain (Berghain), an exclusive venue. By night, if, like me, you can’t get into the notoriously difficult club, take a U-Bahn back to Prenzlauer Berg for dinner at Osmans Tötcher (Turkish meze from £4.20, Osmans Tötcher).

Standard room from £83pn, nhow-hotels.com. EasyJet flies from London to Berlin from £28.99one way, easyjet.com