BRITS heading to Italy for a half term break may have to have a negative coronavirus test to be allowed to enter the country, or face quarantining for 48 hours on arrival.

The new legislation will scupper plans for many families with Italy one of the new destinations left open to Brits without needing to quarantine or take a negative Covid test. 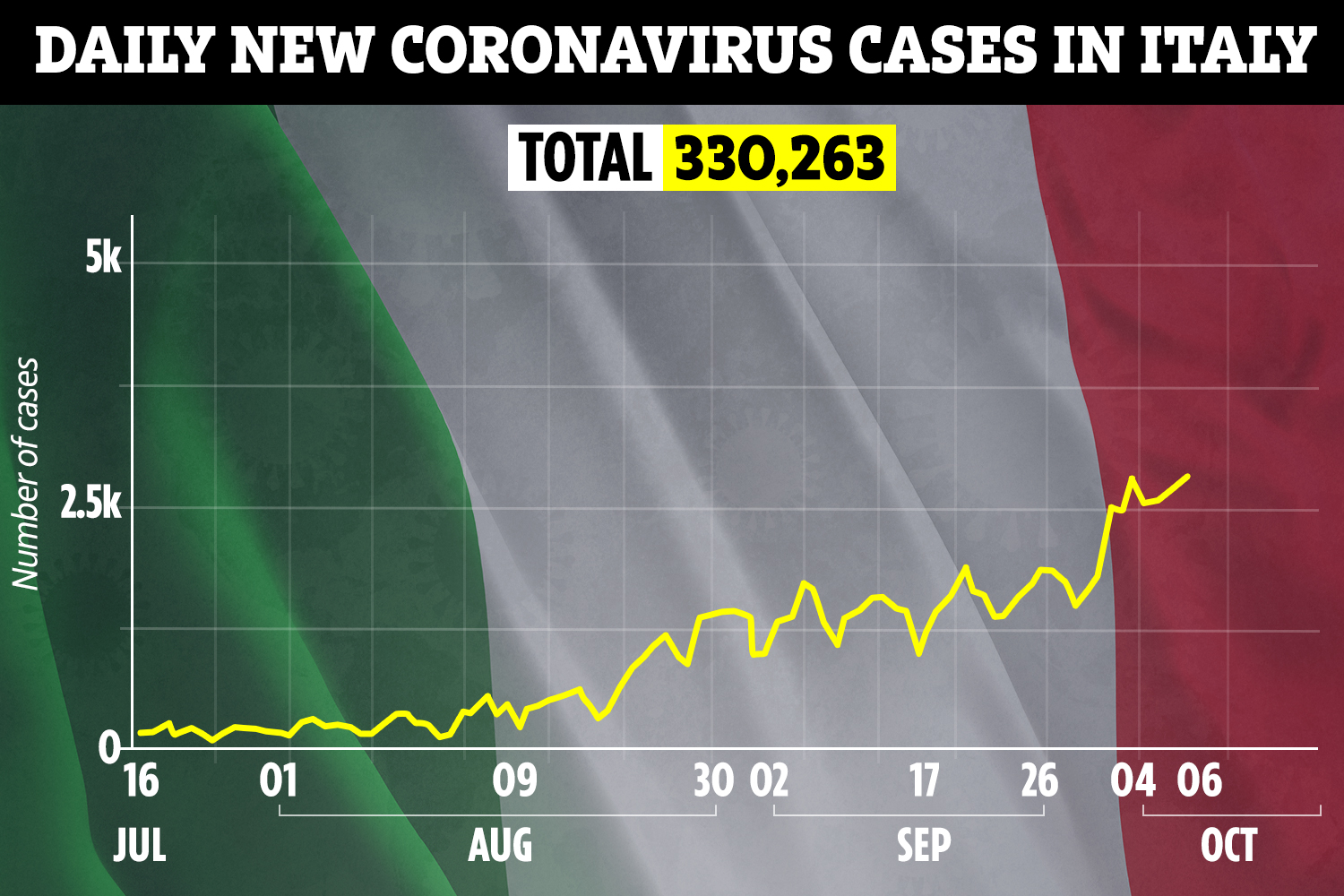 The new rules are expected to be approved later today and will see swabs being made obligatory for all arrivals from the UK.

Brits who don't have a negative test will have to take a test at the airport which, while can take just 30 minutes, could result in a 48-hour quarantine if testing positive, despite no symptoms.

Most major airports and train stations have the rapid-testing available.

A health ministry source in Rome said: "Britain is being seen as a country that is losing control of Covid-19 and we are trying to keep a lid on it.

"That's why arrivals from the UK will be tested or they will have to produce a certificate from the previous 72 hours that shows they are negative.

''If they don't have one they will have to take a test at the airport and then isolate for 48 hours if positive." 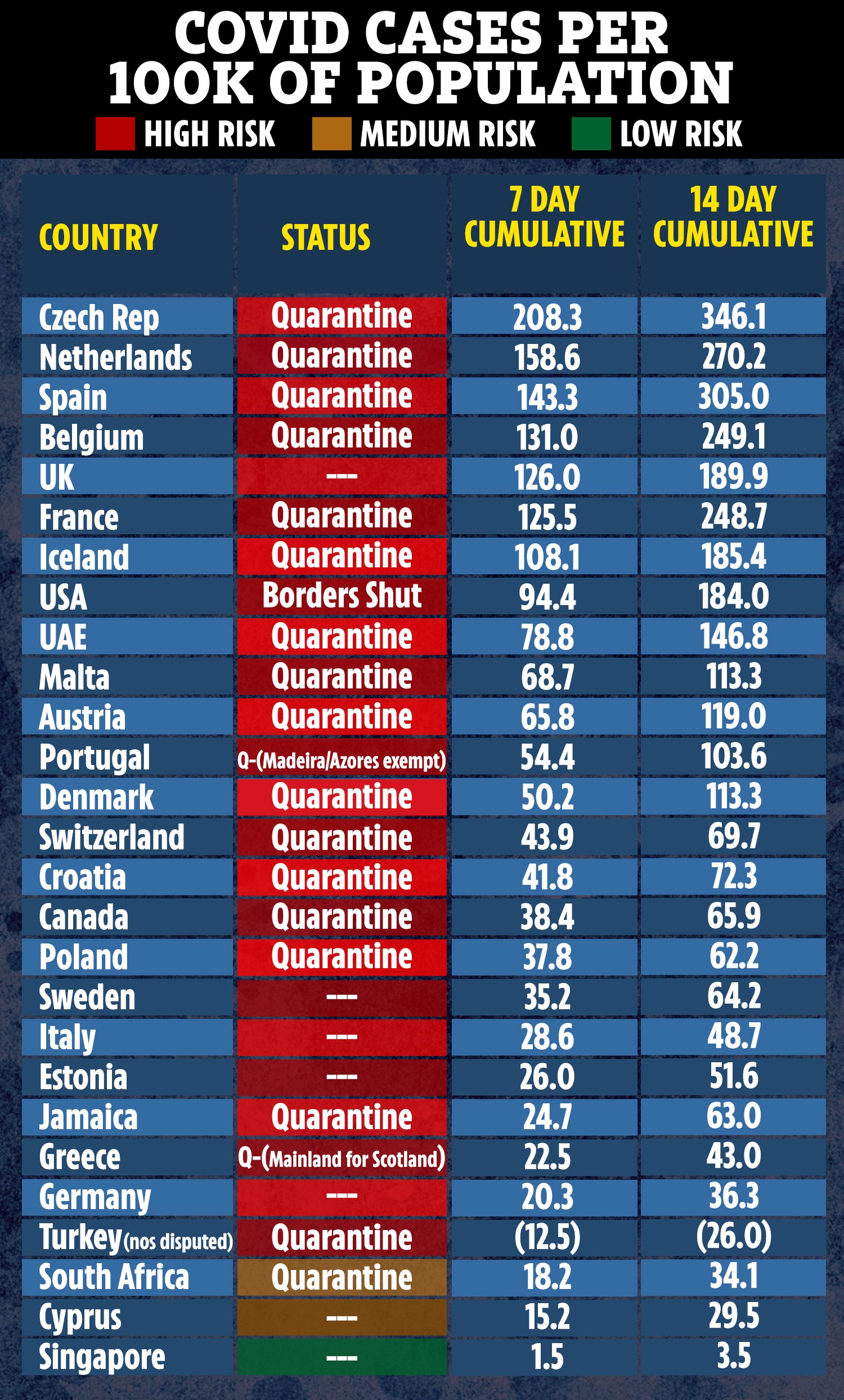 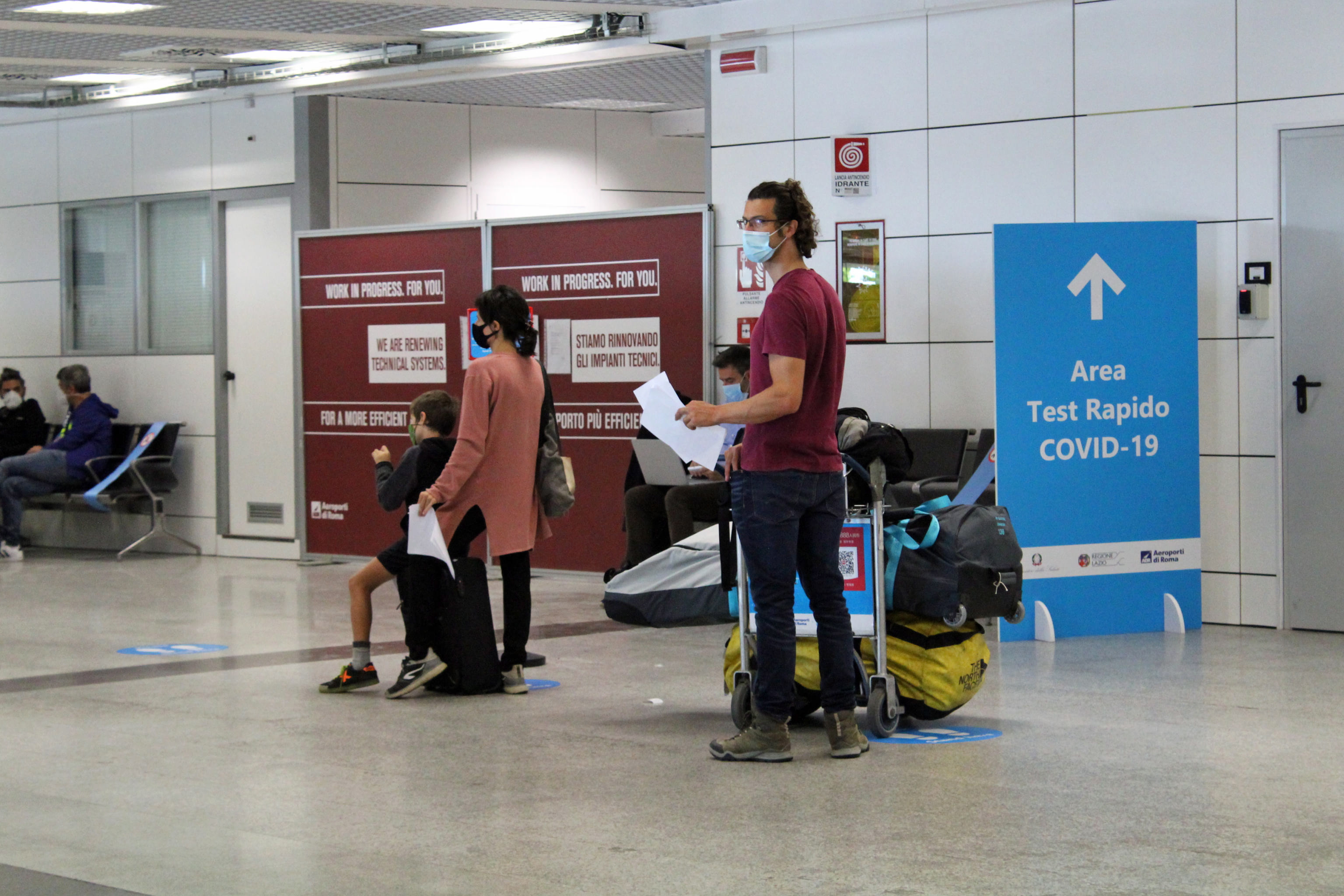 Italy has been on the approved travel corridor since July, one of the few left after traditional favourites Spain and Portugal were put onto the quarantine list due to their high daily infection rates of coronavirus.

The country – which has seen more than 35,000 deaths from coronavirus and was at one point Europe's worst hit country – is thought to be introducing the tests to control a second wave.

It sees Britain as a high risk country and 'covid lethal' as the UK rates soar to four times that of theirs.

Italy is also feared to be the latest country to be added to the UK's quarantine list tomorrow, as their own daily infections have crept up.

Countries which have more than 20 new cases of coronavirus per 100,000 people, over seven days, are likely to be removed from the travel corridor list.

According to data from the European Centre for Disease Prevention and Control and PC Agency's Paul Charles, Italy is currently at 28.6. The UK is at 126.

Italy first rolled out quick Covid-19 tests at Fiumicino Airport in Rome, on all arrivals from Spain, Greece, Malta and Croatia.

However, it plans to roll it out for all departing travellers as well, with a trial flight to Milan already in the works.

Marco Troncone, ADR chief executive who runs the airport, told the Times: "On those flights you know the person next to you is negative."

Anyone who tests positive will be stopped from boarding the flight and forced to take another test, although will also be given a voucher for an alternative flight.

If the trials are successful, it will be rolled out from Rome to New York flights, reassuring passengers for the seven-hour route.

The UK government is looking at other methods to reduce the two-week quarantine, mandatory for all arrivals from a number of destinations.

A similar model to Germany includes two tests, one at the start and one after four days – negative results then allow you to leave self-isolation.

A 30-minute spit test could be trialled on flights between the UK and US.