What’s the real difference between flying economy and FIRST CLASS? Inside British Airways’ £2.8k A380 suite featuring a personal wardrobe, bone china plates and a 7ft 6in bed (but they do serve wine worth just £10 a bottle)

The Queen has her throne. Trump has his Oval Office chair. I have seat 2A in first class on a British Airways A380.

Yes, it feels that epic. And so it should. This is, after all, BA’s top offering. The biggest and poshest suite in its fleet.

Before sitting down in it on a flight from London Heathrow Airport’s Terminal 5 to Johannesburg, I had thought the golden age of flying was over. But as I sip my welcome glass of Laurent-Perrier Grand Siecle Champagne I wonder if it’s actually still with us. 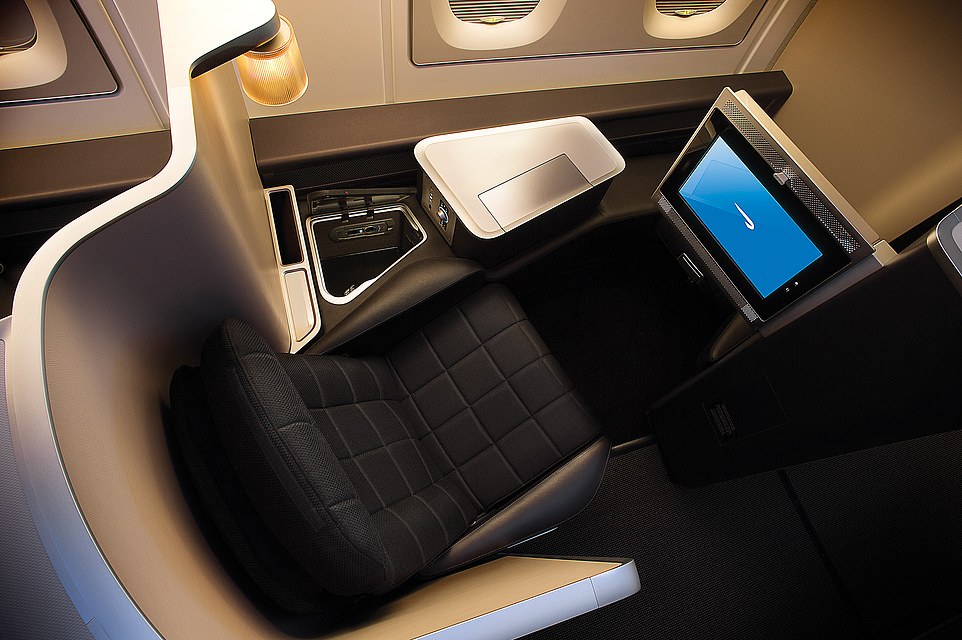 Ted flies from London Heathrow Airport’s Terminal 5 first class with British Airways to Johannesburg. Pictured is an official picture of a suite identical to the one he puts to the test 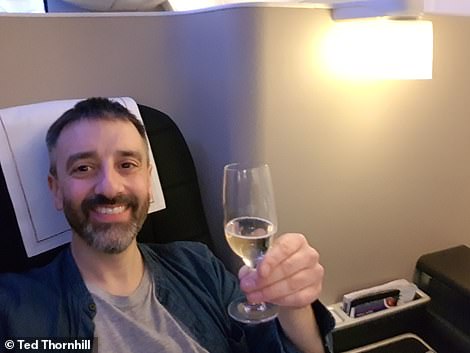 It certainly seems so if you’re able to splash out thousands on a first-class ticket with BA on the A380.

And taking to the skies in this magnificent monster jet with the British flag carrier in economy on the return leg isn’t bad, either.

But before getting on to that allow me to divulge the first class experience, which is more or less glorious from start to finish – though there are some minor shocks along the way.

THE CHECK-IN AND LOUNGE

The experience begins at a dedicated check-in area in T5 that BA calls ‘The First Wing’.

Here a series of check-in desks lie hidden from the proletariat behind a gold-coloured scalloped steel and glass enclosure.

There’s a huge amount of floor space, a small lounge area with flowers, armchairs and leather banquettes and lightly flavoured glasses of water and cold towels on offer.

Is this a check-in area or a spa?

I’m travelling with my partner and 19-month-old daughter and we’re guided to one of the desks by a perky BA host where our luggage is checked in by another member of staff whose bonhomie levels are equally high.

Then it’s onwards through an exclusive security lane, where the bonhomie levels drop.