David McMillan, the co-owner of Montreal’s famed temple of gluttony, Joe Beef, used to spend his days obsessing over his signature dishes like rabbit with mustard sauce, and lobster spaghetti. These days, however, he has another preoccupation: Studying American vaccination rates.

Before the pandemic, so many American gastronomy pilgrims from New York, Boston and Los Angeles came each week to Joe Beef that many local residents, facing a 10-week waiting list, all but gave up trying. The Americans, Mr. McMillan recalled wistfully, thought nothing of buying expensive bottles of Champagne and sucking down oysters until midnight, before purchasing his prophetic-sounding cookbook “Surviving the Apocalypse.”

“Ah, how I miss the Americans,” said Mr. McMillan, who presides over a mini-empire of four restaurants in the city, including Liverpool House, where Justin Trudeau once bromanced President Obama. American tourists, he added, accounted for half of Joe Beef’s pre-pandemic weekly revenue of about $118,000, or about 150,000 Canadian dollars. “When the Americans were here every night it felt like we were putting on a Broadway show.” 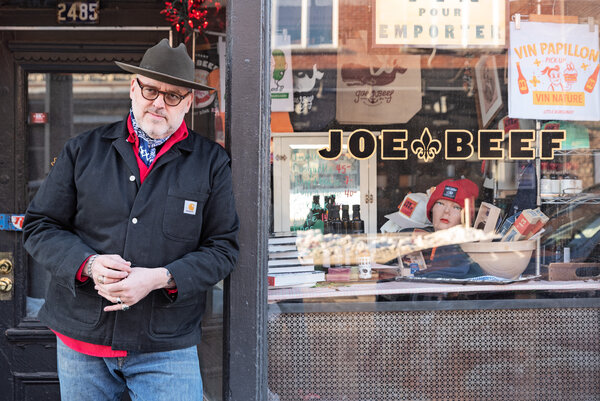 “Now, I look every day at how the U.S. vaccination is going,” he added. “And I get messages every day from American clients asking when they can get back in.”

It’s a question many in the Canadian tourism industry have also been asking, ever since the Canada-U. S. border was closed to nonessential travelers in March. The loss of American visitors, armed with their strong dollars and consuming zeal, has buffeted popular destinations like Montreal, Quebec City and Vancouver, already reeling from a debilitating pandemic. Canadian airlines have been forced to make thousands of layoffs.

More than two thirds of the 21 million international tourists who came to Canada in 2019 were from the United States, according to government data, with Americans pumping about $8.7 billion into the economy. That’s compared to the nearly $1.3 billion spent by Chinese visitors, about $1 billion by Britons and about $735 million by the French.

Absence makes the heart grow fonder — but not enough to open borders.

Canadians have long had a love-hate relationship with their larger, showier neighbor south of the border. That ambivalence was magnified during the Trump administration, when the mercurial American president slapped punishing tariffs on the country, suggested Canada had burned down the White House during the War of 1812 (the country didn’t then exist) and called its prime minister, Justin Trudeau, “very dishonest” and “weak.”

But it has always been more love than hate when it comes to travel between the two countries, with Americans drawn by Canada’s proximity, its common language in most regions and its mix of cosmopolitan cities and natural landscapes.

The inauguration of President Joe Biden and Vice President Kamala Harris, who spent her disco-dancing teenage years in Montreal, has renewed the ardor between the two allies, while vaccination has created cautious optimism about taming the pandemic.

Still, while the tourism industry is experiencing one of its worst crises since World War II, recent polls show that the vast majority of Canadians want the borders to remain closed. Canadians, a typically rule-abiding people with a deference to scientific authority, have looked with some horror at the spiraling infection rates in the United States, and the handling of the coronavirus during the Trump administration.

Mélanie Joly, Canada’s minister of economic development, who is responsible for tourism, said keeping the borders closed was a matter of pragmatism. “We can’t talk about reopening the economy until we stop the spread of the virus,” she said in an interview. Lamenting the absent Americans, she added: “It’s a bit like losing your best friend but you are sick and your best friend is sick and everyone is better off staying at home.”

She said she hoped the travel industry would be “back on its feet” by September, as vaccination in Canada and the United States accelerated. The border, she stressed, would remain closed until the pandemic is contained.

At the Musée d’Art Contemporain de Montreal, American museum-goers from New York, Massachusetts and Vermont helped turn a pre-pandemic exhibition on Leonard Cohen, the gravelly-voiced Montreal-born balladeer, into a blockbuster. But the museum’s director, John Zeppetelli, said knowing friends and colleagues in the art world who had contracted the virus while attending art fairs last year in the United States and elsewhere had underscored the need for caution. “Public health has to supersede economic concerns,” Mr. Zeppetelli said.

As it is, Canada itself is experiencing a lethal second wave, with a curfew in effect in Quebec, a lockdown in most parts of Ontario, the country’s most populous province, and border restrictions in each of the country’s Atlantic coast provinces that have required even Canadians from other provinces to quarantine.

“The general public is not concerned about the tourism sector, they don’t want to see Americans or French or Germans, for that matter,” said Frederic Dimanche, director of the Ted Rogers School of Hospitality and Tourism Management at Ryerson University in Toronto. “The Biden administration is seen as a welcome change. But the vaccine isn’t a cure-all since it will take months to roll out.”

Americans who want to visit Canada will find many obstacles.

Since Jan. 7, travelers arriving on international flights to Canada, including Americans who have dual citizenship or an immediate family member who is Canadian, have had to show a negative Covid-19 test, conducted within 72 hours before departure. Under new rules, they will need to be tested again upon arrival and wait for three days at their own expense in an airport quarantine hotel at an estimated cost of about $1,575. Anyone who tests positive will have to quarantine elsewhere for 11 more days.

The Canadian government has also banned cruise ships with more than 100 people from Canadian waters until February 2022.

A backlash against foreign travel in both directions of the border has also been fanned in recent months in Canada after a slew of politicians were caught sneaking away on sunny vacations. Among them was Ontario’s former finance minister Rod Phillips, who was forced to resign in December after posting a recorded Christmas Eve video message on Twitter. The video showed him sitting next to a fireplace, wearing a sweater and downing eggnog, while he was, in fact, on vacation on the French island of St. Barts. Canadians, forced to stay at home, were irate.

Travel shaming has also been directed at the thousands of Canadian snowbirds who have traveled to the United States during the pandemic, decamping to Florida and Arizona, among other places. They have been circumventing American land border restrictions by traveling by plane and shipping their cars and pets separately.

The loss of American tourism dollars is a blow.

In Canada, the lonesomeness for the Americans has nevertheless been acute in many quarters, their absence felt in eerily vacant city squares, empty shops or shuttered theater and music festivals where American visitors have long been counted among the most ardent and attentive guests.

At Ontario’s famed Stratford Festival, where the high culture of Shakespeare mingles with more populist productions like “Little Shop of Horrors,” the forced cancellation of the 2020 season and the loss of American visitors hit local bed-and-breakfasts and restaurants as well as shops selling “To Bieber or Not to Bieber” T-shirts celebrating the city’s famous local son Justin Bieber.