TOURISTS are paying hundreds of pounds for flights to La Palma to see the volcano eruption – despite locals being evacuated.

The Cumbre Vieja volcano, which began erupting last Sunday, is entering a new explosive phase as a new emission vent opened to the west of the main one. 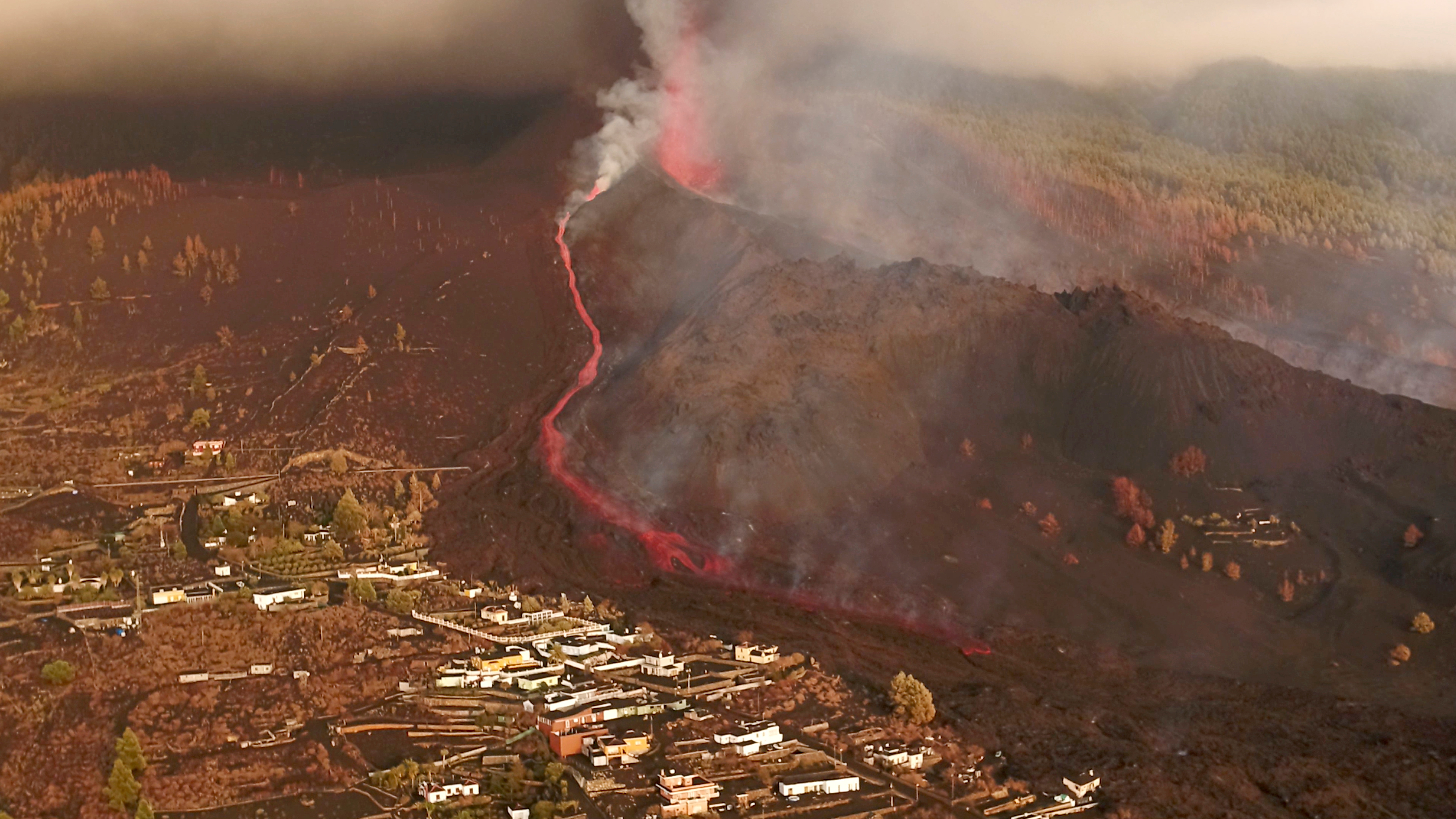 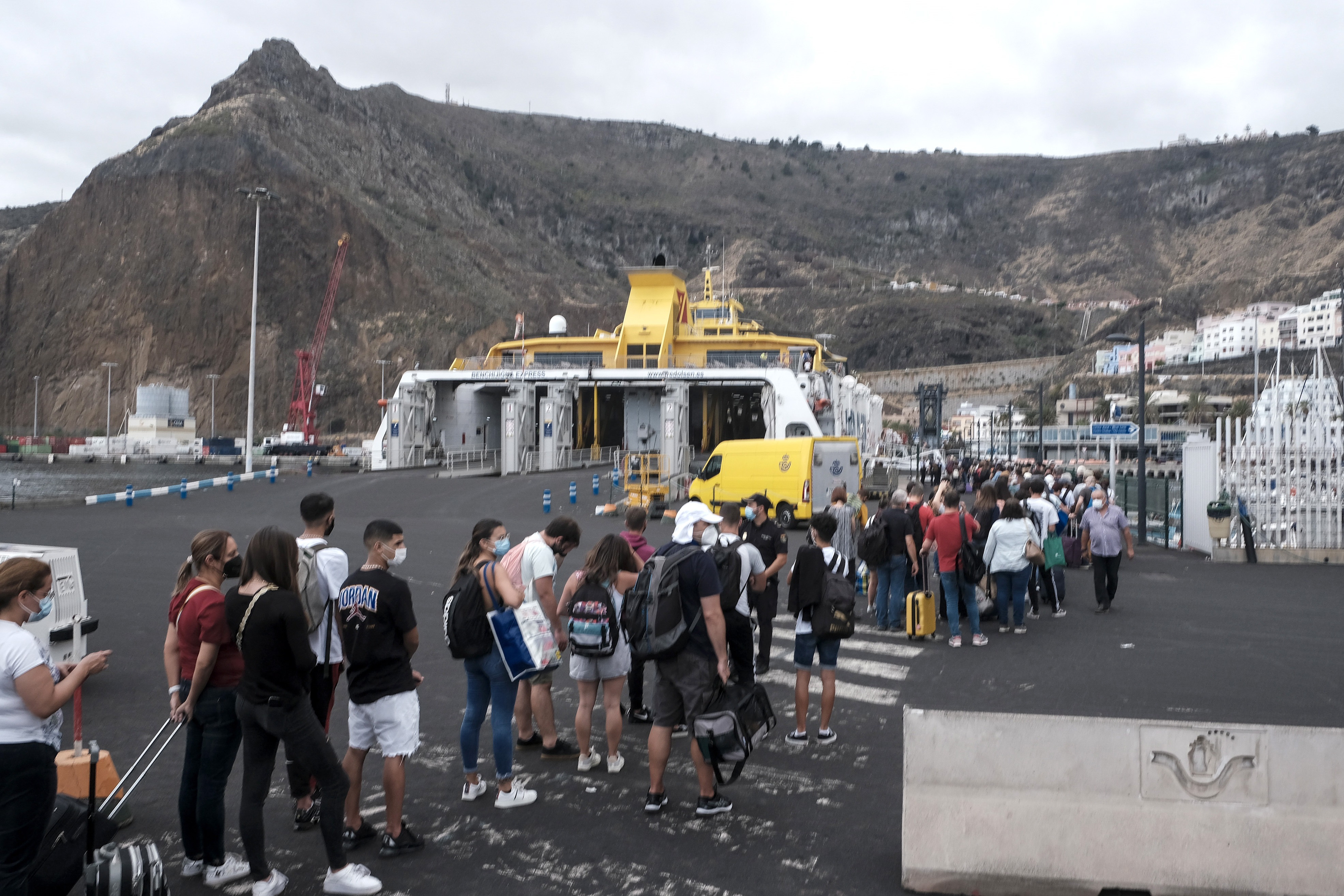 Thousands of tourists have been forced to flee the island by boat after the eruption destroyed houses and temporarily grounded flights.

However, as the airport has reopened, some tourists are travelling back to see the volcano.

Andrés Amegeiras, from Uruguay, said he paid €500 for flights – which usually cost €60 – to watch the eruption.

He said: "Since it exploded I’ve been thinking about whether or not to come. In the end I decided on Wednesday.”

And 24-year-old Mario Mesa, from Tenerife, said he paid €60 for a boat ticket to see it, but ended up staying in a hostel after his friends were evacuated from the island.

He explained: "I decided to do it on the spur of the moment. I work in a garden center, but I took a course on volcanology and geology so I didn’t hesitate.”

However, the popularity of the eruption has resulted in a lack of accommodation for residents who have been evacuated from certain areas, as well as huge traffic jams on usually quiet roads, especially where views of the volcano are the best,

Juan Pablo González, manager of a hospitality association on the Canary Islands, said "now is not the moment for tourism in La Palma".

He added: "Our associates in La Palma have said to us that a lot of tourists are arriving, mostly coming from other islands.

“They are coming with the simple aim of seeing the volcano.

"Now is not the moment for tourism for La Palma, it’s the time to help, and these people are not doing that and are instead occupying beds that could, for example, be used by the security forces.”

The latest explosion occurred as a result of an earthquake under the volcano's base on September 11 that slowly migrated to the surface.

More than 20,000 earthquakes were registered in one week, Reuters reports, sending lava shooting into the air and streaming in rivers towards the south of the island.

Cumbre Vieja has exploded twice previously: once in 1949 and again in 1971. 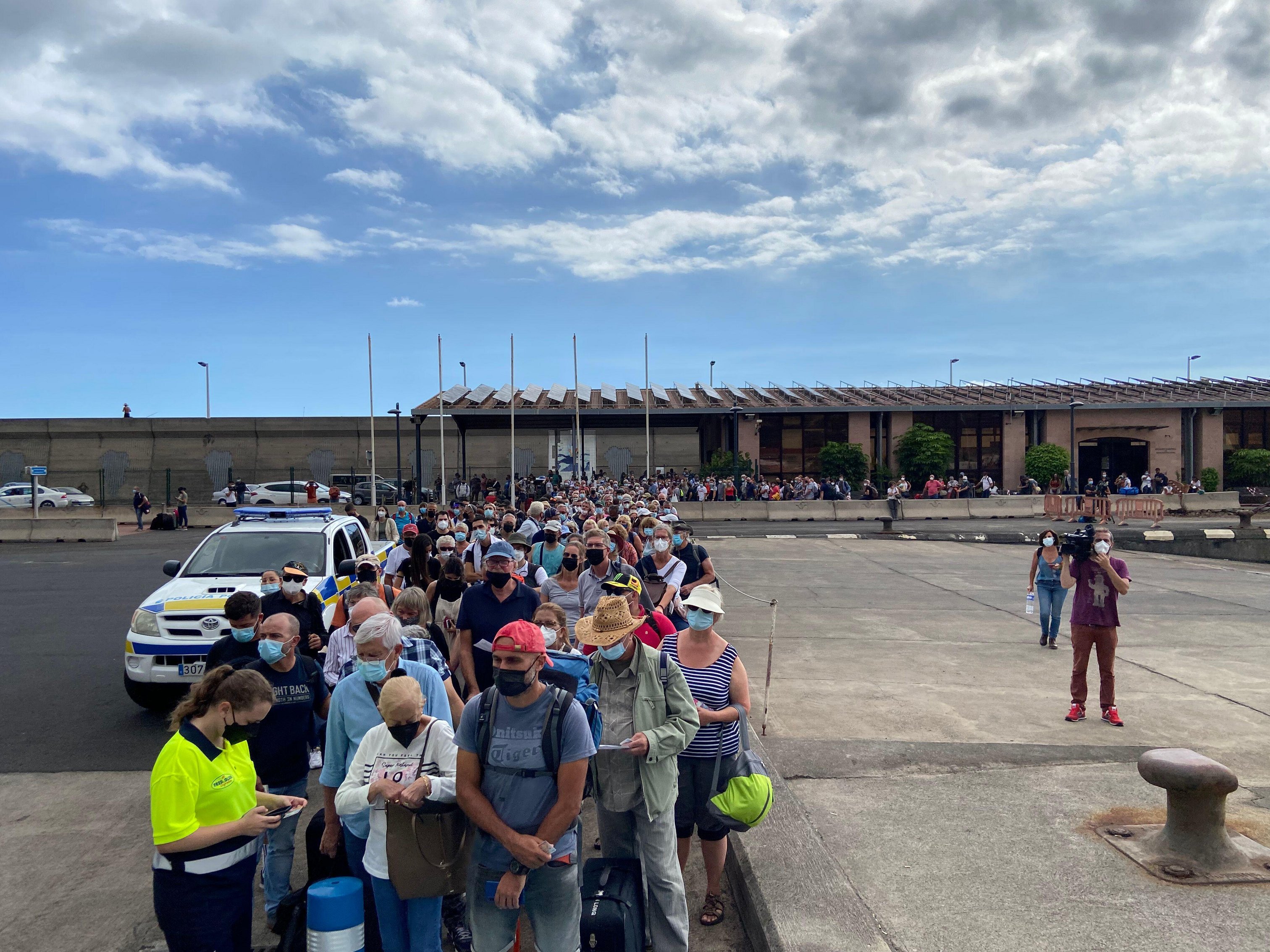 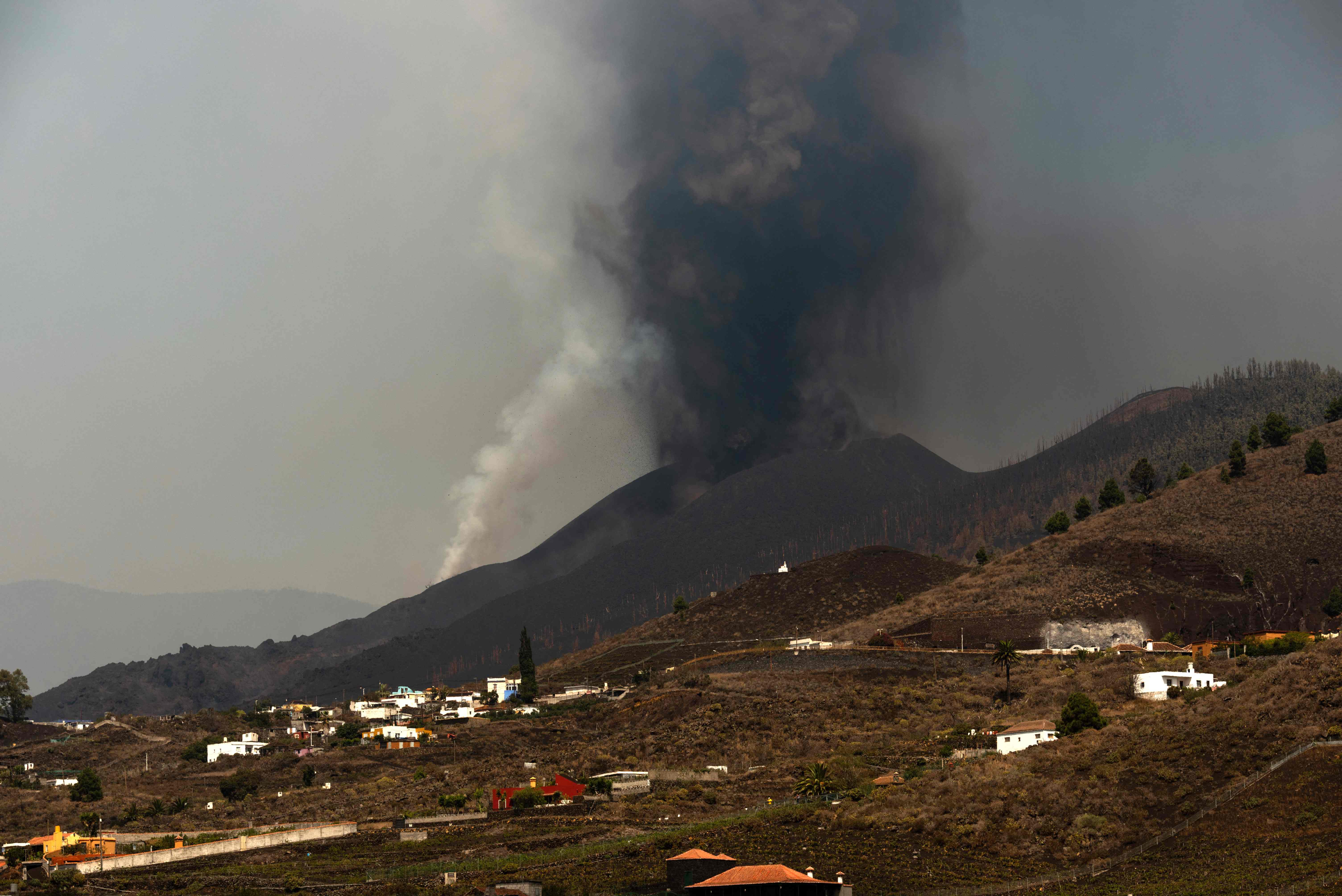 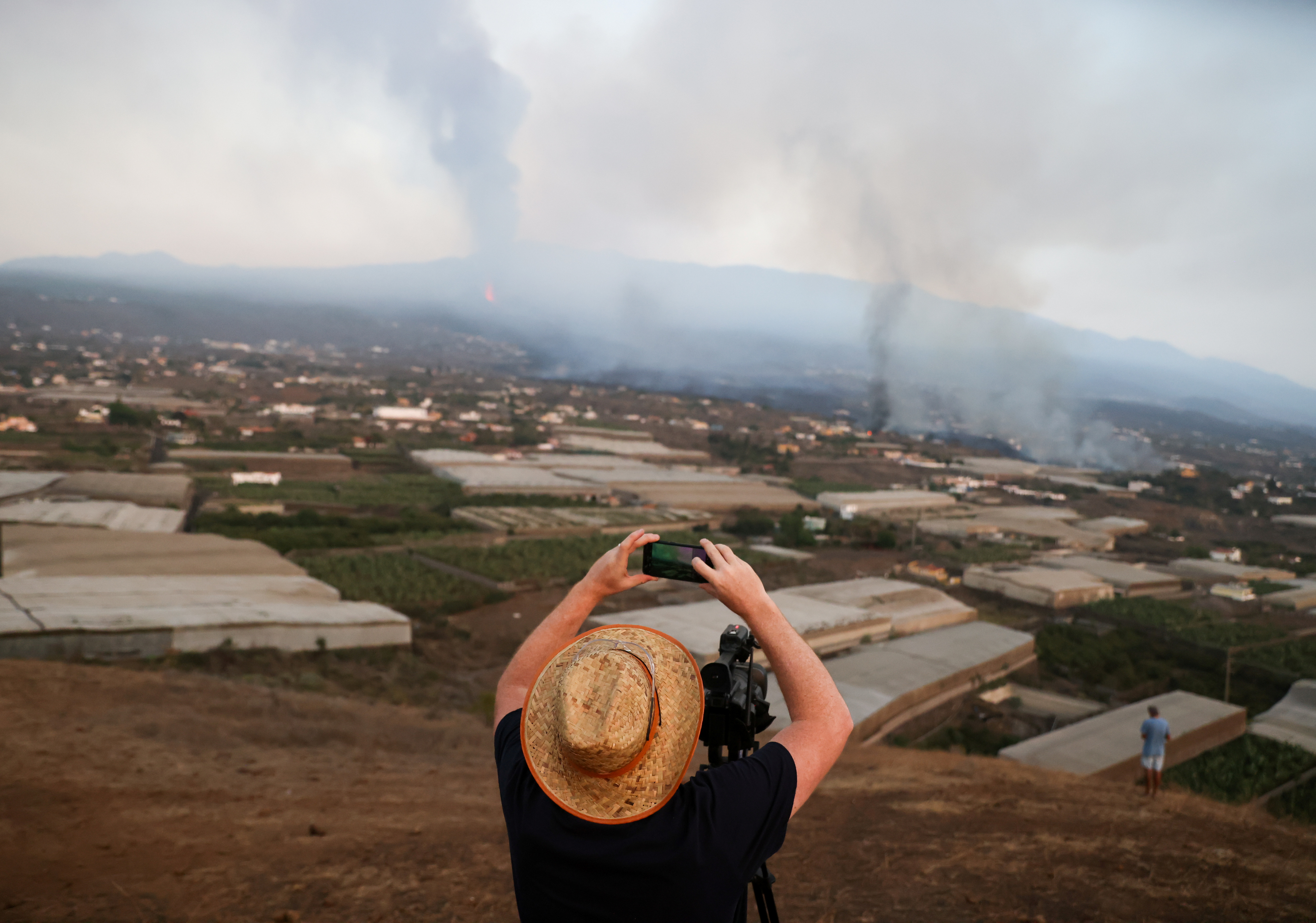