How to spend 48 hours in Cape Town

The city break… Cape Town: From historical landmarks to an iconic cable car ride, see it all in 48 hours

Cape Town is one of those cities that you feel you’ve known all your life, even if you’ve never visited.

And it doesn’t disappoint.

From the tops of its mountains to its rejuvenated dock area, it’s a city full of splendour, history, celebration and sunshine. 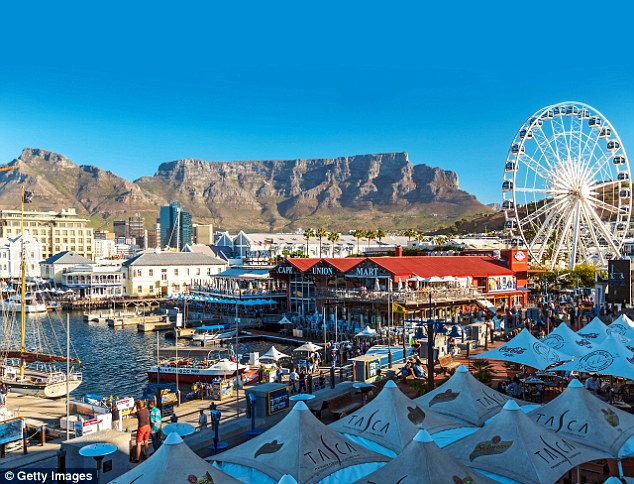 Thriving: The Victoria & Alfred Waterfront has a collection of shops, restaurants and galleries

There’s no way you can visit and not go up Table Mountain – early morning is best if you want to avoid queuing. Check the forecast, though, because the cable cars won’t run if the clouds are too low.

The aerial cableway (table mountain.net) runs from the Lower Cableway Station on Tafelberg Road. The journey up takes five minutes and the floor of the car rotates slowly, allowing the 65 passengers a 360-degree view. The summit is networked with paths and there are incomparable views in every direction.

After descending, grab a City Sightseeing bus (a day pass costs 180 rand (about £9.70) from outside the station (stop 7) and head out on the coastal road through the suburbs of Camp’s Bay, Clifton, Bantry Bay and Sea Point for a leisurely ride to the terminus (stop 1).

The Victoria & Alfred Waterfront is an area of former dockland that is now a thriving collection of shops, restaurants, galleries and clubs (waterfront.co.za). The Cape Wheel is the city’s London Eye equivalent, and the most recent big attraction is the spectacular Zeitz Museum of Contemporary African Art.

For African crafts and jewellery, visit the Alfred Mall or Watershed. Victoria Wharf has international outlets such as H&M, Zara and Nike. You’ll love the joyful bands that play everything from marimba to 1960s soul in the open spaces.

The pink-walled Belmond Mount Nelson Hotel (belmond.com/mount-nelson-hotel-cape-town) in Orange Street is the perfect place to stay. The gardens are so lush and the public areas so calming you won’t want to leave. There’s high tea in the lounge each day between 1.30pm and 5.30pm and, if you’re lucky, there might be late-night theatre in the Grill Room. 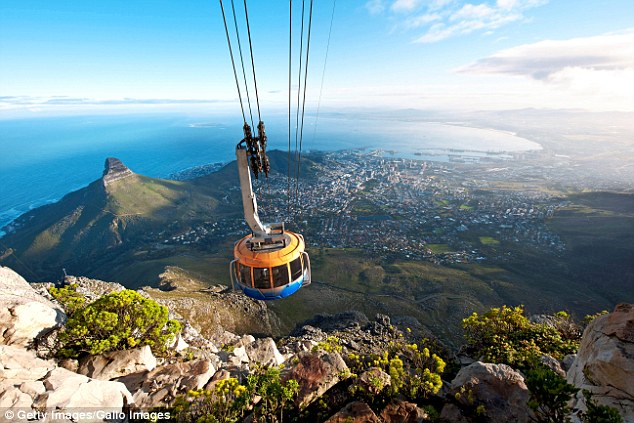 High wire act: The Table Mountain cable car (above) offers the best views of the city

A trip to Robben Island, site of Nelson Mandela’s 18-year incarceration, is another must. You need to pre-book and arrive at the Nelson Mandela Gateway on Victoria Basin 30 minutes before departure. Tickets (robben-island.org.za) include the 30-minute ferry ride, a 45-minute island coach tour and a guided walk through the former maximum-security prison by a one-time inmate. Highlights include Mandela’s former cell, which you can look at but not enter.

Having been in the city so far, it’s good to break out. Drive along the west coast of the Cape Peninsula from Hout Bay to Noordhoek on the scenic route known as Chapman’s Peak Drive (chapmanspeakdrive.co.za). It’s an exhilarating ride with fresh wonders opening up at every one of its 114 dramatic curves.

Stop at the viewing point halfway along to take photographs and climb the rock planted with fynbos, a shrub unique to the Western Cape.

In the evening visit Signal Hill where there’ll be a huge gathering to watch the sun go down. Take a picnic and a bottle of wine and settle down on the grass. You’ll see the surrounding mountains change their hues by the minute.

Once the golden sun slips down beyond the horizon, everyone quietly rises, packs up and makes their way back down to the city lights.

British Airways (ba.com) has return flights from Heathrow to Cape Town from £699. Rooms at the Belmond Mount Nelson start at £325 a night. For more information, go to capetown.travel.