TWO female tourists were left bruised and embarrassed after being knocked to the ground by a huge wave after posing for photographs.

The women were hit by the waves while visiting the Hawaiian island of Kauai. 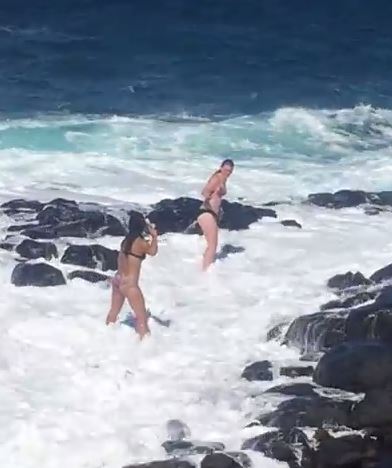 The unidentified women were seen posing in bikinis on the jagged rocks lining the tourist attraction Queen’s Bath tide pool.

However, the idyllic spot soon turned dangerous as multiple waves crash over the women while they were snapping pictures.

In the video, the girls are spotted posing with one of them taking a photograph of the other in her bikini.

Suddenly, one wave comes over them although the pair manage to remain upright after it crashes down by bracing their legs. 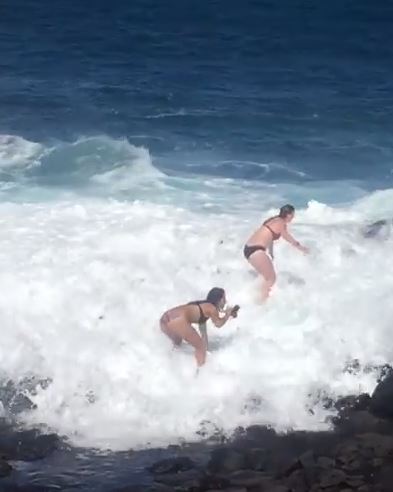 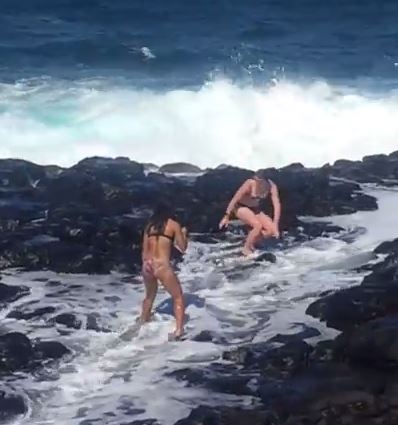 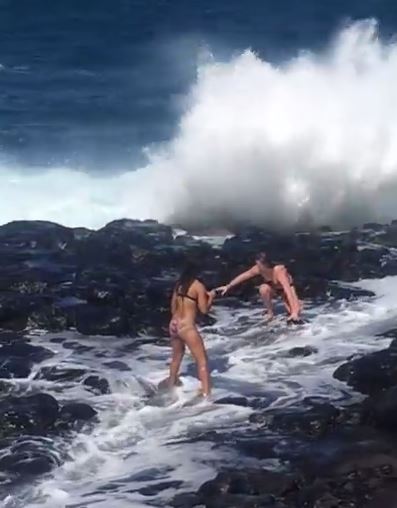 However, a second, larger wave comes with one of the women getting onto her hands and feet in an attempt to escape it.

They are then knocked down in a serious wipe-out before being carried along with the current.

Several other visitors watch as the two women get dragged out by the wave, with another traveller holding her hand to her mouth in shock.

Footage of the photo fail was captured by a nearby backpacker and shared on social media. 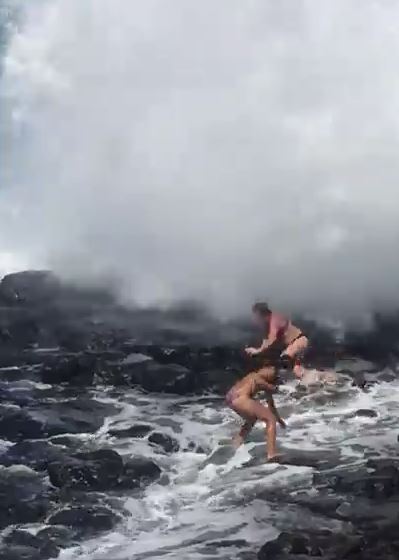 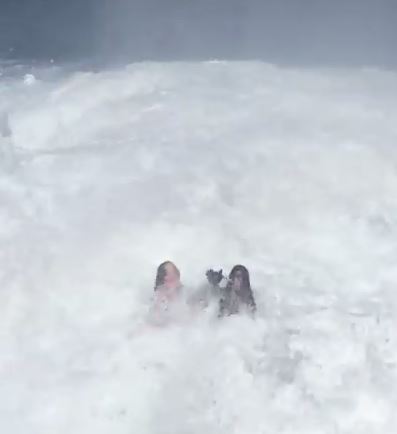 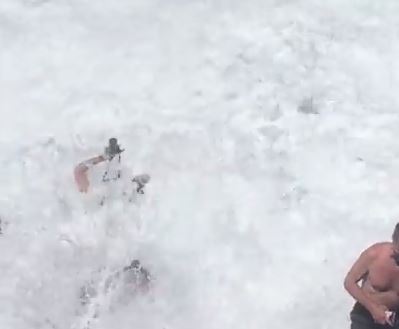 The person who filmed the two girls wrote on YouTube: "While I was travelling in Kauai, Hawaii I spent a day exploring Queen's bath, where I witnessed two girls get completely taken out by a huge wave trying to get the perfect shot."

The backpacker did say the women were not seriously injured during the incident – though the same could not be said for their camera.

They were also hit with some bad luck after apparently parking in the wrong area.

He continued: "They were lucky enough to walk away with only a few bad scratches and a ticket on their car cause they parked illegally before heading down to the water; also a broken camera."

Another young female tourist was knocked over after posing in front of a wave in Bali.

Spotted posing at a location called Devil's Tear, the poor woman was slammed to the ground by the large wave, resulting in minor injuries.

This story was originally published on Fox News and has been reproduced with permission.