Fan of the Notting Hill movie? Then you’ll love this hotel, says the Inspector, which is on the area’s Portobello Road and has ‘spankingly glamorous interiors’

The Lost Poet stands discreetly at the posh end of London’s Portobello Road in a row of magnificent Georgian townhouses. Anyone who liked the Hugh Grant/Julia Roberts rom-com Notting Hill will love staying here and anyone who didn’t much like it would find it hard not to be impressed by the spankingly glamorous interiors of this new bolthole.

Apparently Americans already have fallen for it, although once they start travelling again in numbers lots of them will be disappointed because there are only four rooms, one on each floor, including the basement.

Some, like us, may end up baffled by the procedure involved if you arrive after 6pm, when the receptionist has gone home. You have to fill out an online registration form, which involves uploading picture ID plus a photo of you holding the ID. 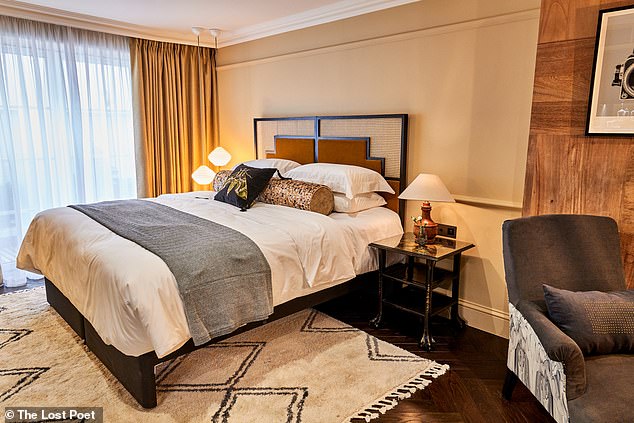 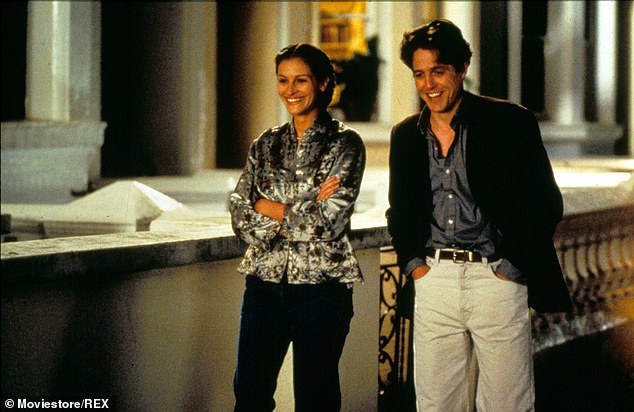 ‘Anyone who liked the Hugh Grant/Julia Roberts rom-com Notting Hill will love staying here,’ writes the Inspector of The Lost Poet. Pictured are Roberts and Grant in a scene from the 1999 film

But it’s not finished there. You then download an app, which provides a code to get you through the front door.

‘Please, please spare me,’ I pleaded to the receptionist shortly before she finished her shift. And she did. We just turned up, rang the bell and the door miraculously opened.

Our room — The Salon — was on the first floor and we loved it, even though there was nothing in it we would want at home, except perhaps the garish chaise longue and, for sure, the floor to ceiling sash windows. 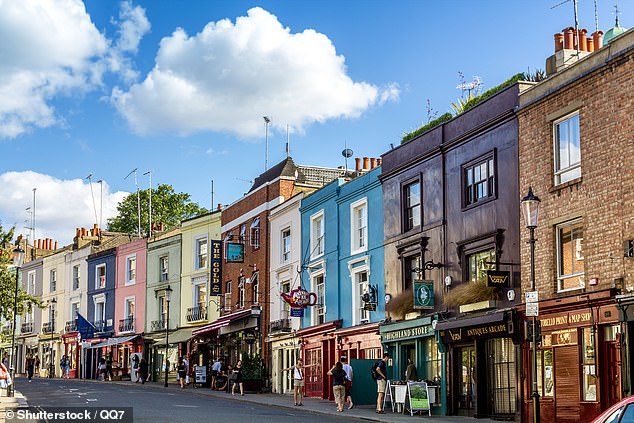 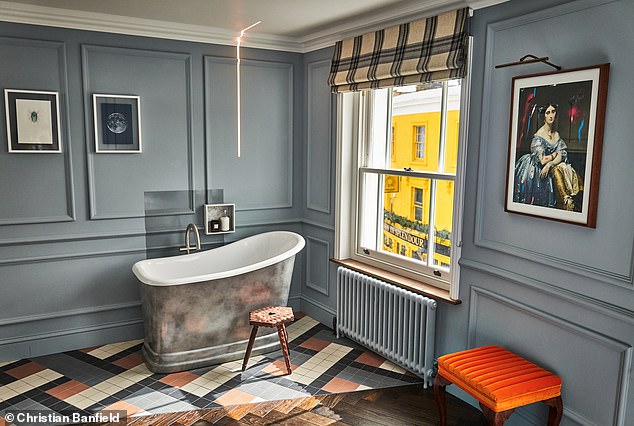 Describing the hotel, the Inspector writes: ‘It felt private, exclusive, grown up’ 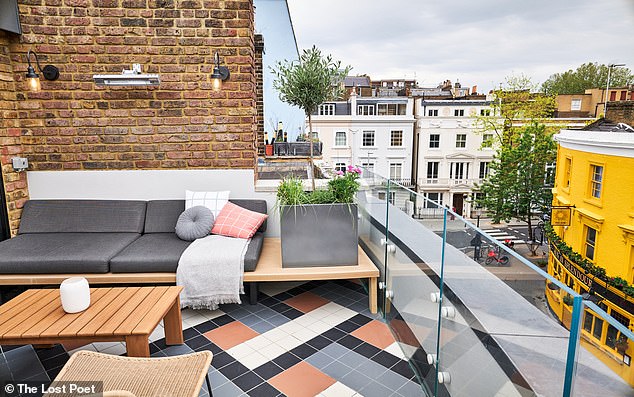 The view of Notting Hill from ‘The Muse’ guestroom in the hotel. There are only four rooms, one on each floor, including the basement 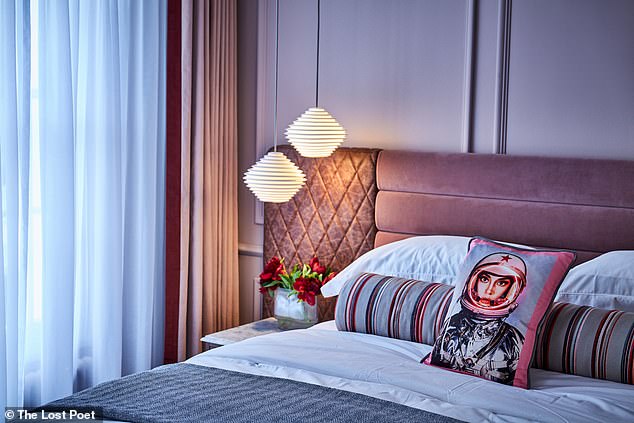 The walls and headboard in the Inspector’s room, The Salon (pictured), had a pink hue to them

It felt private, exclusive, grown up — more like an aparthotel whereby the anonymity is a bonus as long as everything works. The walls and headboard had a pink hue to them; the wooden floor was in a herringbone pattern and the bathroom wallpaper featured naked women waving their hands in the air.

There’s no bar or restaurant (fridge well stocked with soft drinks) and so breakfast comes in a sack that’s hung outside your door. There are two choices: ‘Naughty’ (sweet pastries by Ottolenghi, jam, marmalade and salty butter) or ‘Nice’ (vegan cinnamon oats, apple and rose seeded granola).

If you don’t post your preference by 4pm — presumably on the app — then they bring one of each. There’s a decent espresso machine and milk in the fridge and so it all makes for a decadent breakfast-in-bed scenario before sauntering dow Portobello Road to buy an overpriced teapot or a vinyl or two, which might never make it to a turntable.