Have you ever taken a fakeation? Four in ten Britons admit to LYING about where they’ve been on holiday in order to appear more cultural

Scrolling through our Instagram feeds, it seems people are always on holiday somewhere glamorous – from ski resorts to dreamy beach locations or exciting cities. So is it any wonder we occasionally might tell a little white lie about where in the world we’ve visited?

Well, according to research, four in 10 Britons admit to having fibbed about where they’ve holidayed in a desperate bid to appear more cultured.

A survey reveals almost half of us have relayed tall tales of European city breaks and long-haul adventures, with 41 per cent admitting they have lied about trips to countries they have never even visited. 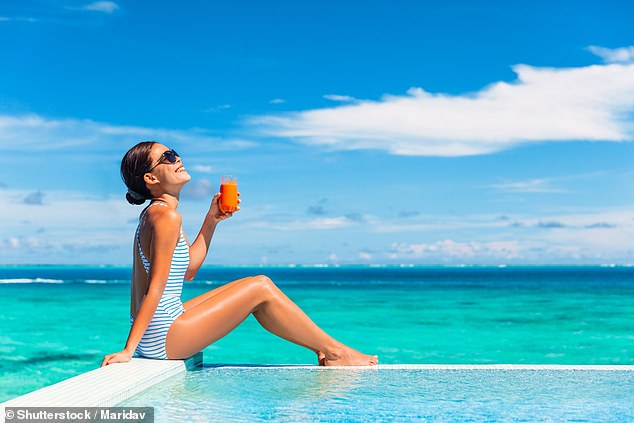 A third of Britons have fabricated a ‘fakeation’ to appear more interesting, with a quarter doing so to seem more worldly-wise at dinner parties

A third (31 per cent) have even fabricated a ‘fakeation’ – pretending to have been on holiday – to appear more interesting, with a quarter doing so to seem more worldly-wise at dinner parties.

A fifth have lied about holidays to impress a member of the opposite sex, while a quarter (24 per cent) admit they feel judged by others on how much they travel.

A further 22 per cent have posted a photograph on social media to imply they were abroad, when they were actually in the UK.

And almost one in 10 (nine per cent) have pretended they visited a foreign country, when in fact they had just watched a documentary about it.

Exaggerating about holiday experiences is also rife, as 17 per cent regularly fib about having explored an area extensively, when in reality they never left the hotel.

Meanwhile, more than one in 10 (13 per cent) told people they had been on holiday to a country when they merely changed planes there and never left the airport.

The study of 2,000 Britons, commissioned by Club Med, found that people were most likely to lie about holidays to friends (40 per cent), followed by colleagues (25 per cent) and strangers (18 per cent).

Of course, there are downsides to ‘fakeations’ – as 15 per cent of the holiday-non-makers have been caught out by their lie. 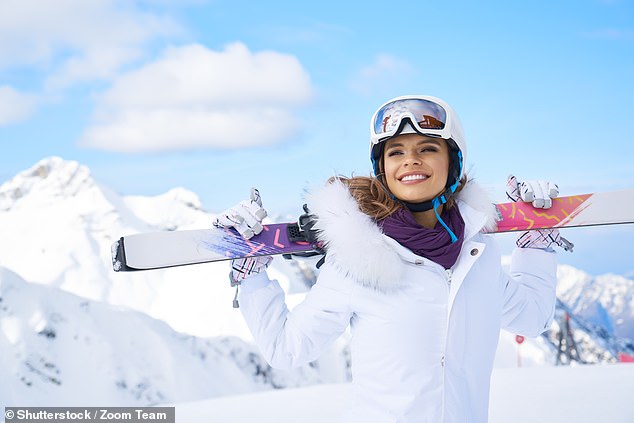 One in five Britons has lied about holidays to impress a member of the opposite sex, while a quarter admit they feel judged by others on how much they travel

Forty per cent of them were able to laugh it off, 27 per cent said it was hugely embarrassing, while the same number said they offended people with their tales.

When it comes to the most popular holiday deceptions, the study found skiing trips and capital city visits topped the list (five per cent apiece). Also, on the list was backpacking holidays (four per cent), and taking a gap year.

More than one in 20(six per cent) have claimed they can ride a horse and five per cent have pretended they can ski to others who have been skiing.

Meanwhile over half (56 per cent) of Britons admit to being suspicious when they hear other people talk about their holidays.

And indeed, 39 per cent of people say that they’ve caught someone in a lie about their holiday. 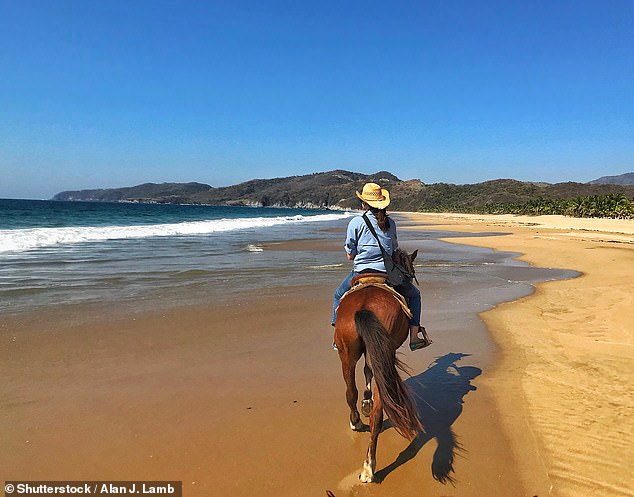 Younger Britons aged between 16 and 29 (60 per cent) are much more likely to make up holidays than any other generations – and only 17 per cent of over-60s say they’ve taken a fakeation.

Londoners (53 per cent) are much more likely to take fakeations than any other city, almost twice as many as Cambridge (27 per cent).

Estelle Giraudeau, managing director of Club Med UK and Northern Europe said: ‘This research proves how members of the public are willing to twist the truth when it comes to holidays.

‘However, our guests can enjoy everything from reaching the summit in indoor climbing to taking in the breathtaking views of the snow-capped mountains with Nordic walking.’