The genre-defying thriller critiquing the gap between rich and poor won four Oscars last weekend, including Best Picture, the first non-English language film to win the top prize since the Academy Awards began in 1929.

South Koreans have been overjoyed by its success, with many paying visits to spots where scenes from the film were shot. 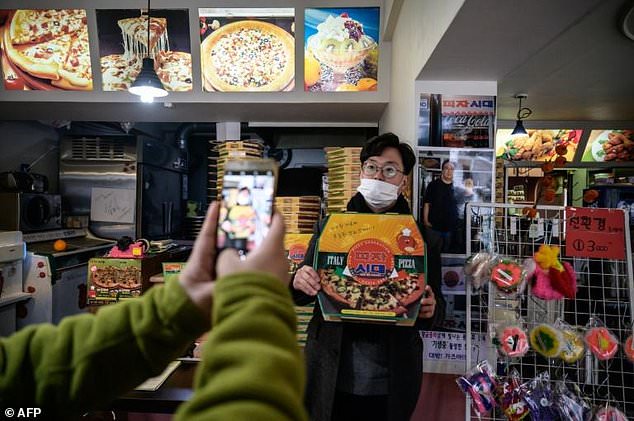 Sales have doubled at Sky Pizza in southern Seoul, a nondescript 10-seat restaurant and takeaway where a scene from Parasite was filmed 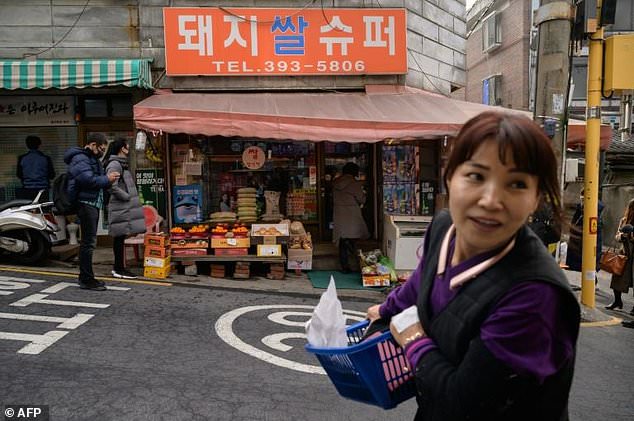 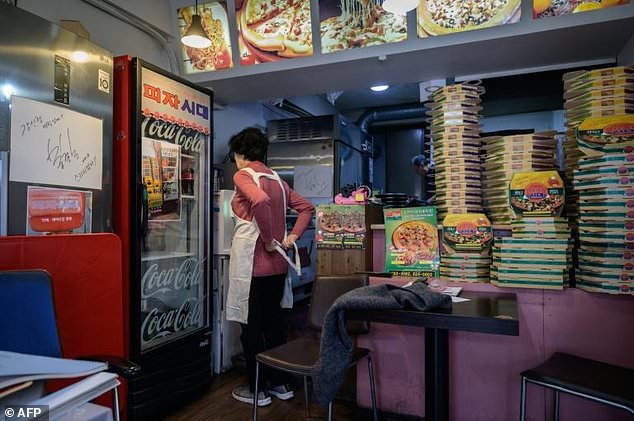 ‘It was special, touching, and heart-warming when they won the awards,’ pizza restaurant owner Eom Hang-ki said of the film’s Oscar success

‘Sales have doubled,’ said Eom Hang-ki, 65, owner of Sky Pizza in southern Seoul, a nondescript 10-seat restaurant and takeaway where the movie’s poor Kim family scheme to infiltrate another member into the wealthy Park household.

‘Yesterday, the pizza machine broke down due to an overload of orders,’ she added. ‘It was special, touching, and heart-warming when they won the awards.’

Customer Go Jin-kyu, 37, said visiting the pizza shop made him ‘proud as a fellow South Korean’.

He added: ‘I’ve only visited restaurants from big pizza franchises before, so coming here to the film location is really special.’

Seoul’s city government has been looking to tap into the Parasite phenomenon, with a page on its tourism website detailing four shooting locations.

At the Pig Rice Supermarket in western Seoul, a small grocery shop where one of the characters in Parasite is seen drinking during the film, owner Kim Kyung-soon said: ‘I am really happy and thankful to them for shooting a great film here and making me famous too.’

But not all the reactions had been positive, added Kim, who has run the shop for 35 years. With talk of the site being preserved as a tourist attraction, some residents were ‘worried that the neighbourhood won’t be redeveloped’. 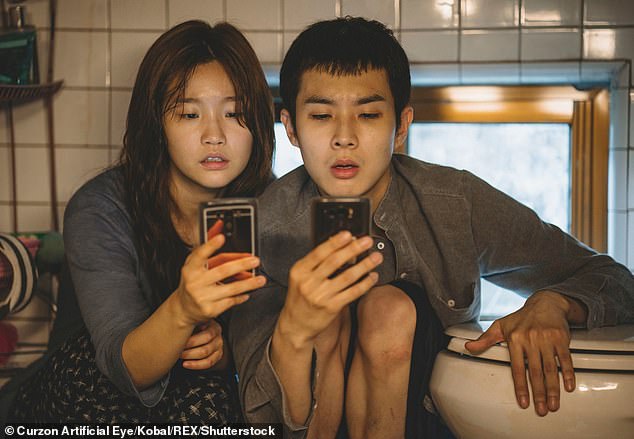 Park So-dam (pictured left) plays Kim Ki-jung and Choi Woo-shik (right) plays Kim Ki-woo in the Oscar-winning Parasite, which tells the story of a poor family that manages to con its way into the service of a wealthy and glamorous family