BRITISH Airways are welcoming travellers back to the skies with culinary favourites like roast dinners and berry crumble.

As part of the airline's new 'Best of British Menus', economy flyers will tuck into 21-day aged beef with all the trimmings. 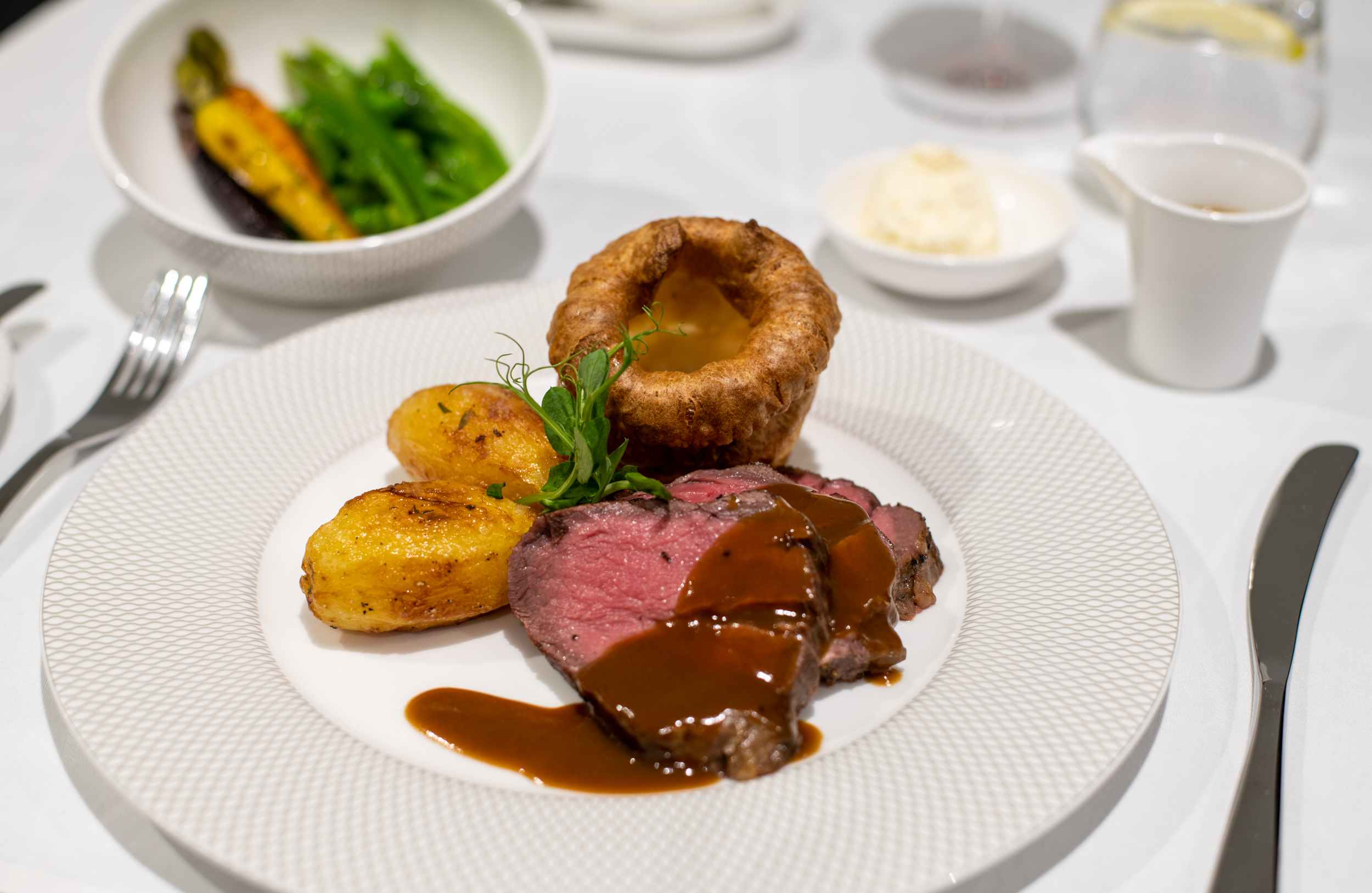 BA chefs have created themed desserts too, with September's theme taking inspiration from nature as they present an elderflower and white chocolate dessert with compressed apple and elderflower sorbet.

Whilst the lavish menu is for First and Club World, economy passengers are also able to opt into the tasty array of food on offer.

Economy members will be offered the 'Buy Before you Fly' menus, which include a selection of gourmet food from Michelin-starred chef Tom Kerridge, and the recent introduction of digital technology to 'Buy on Board' which will allow customers to order to their seat through a mobile device.

Lamb hot pot and Welsh rarebit with chutney will also feature on the fancy menu.

Gastro favourites will include chicken pie, shepherds pie and sausage and mash.

Sajida Ismail, Head of Inflight said: “As we look ahead to welcoming back customers who may not have flown for a while, we wanted to mark the occasion by offering a really special menu that celebrates the best of Britain.

Working with our catering partners, DO & CO and Newrest, we have created dishes using the best of British ingredients while they are in season. We are particularly excited to be offering a roast dinner on board.

"We know that Yorkshire puddings and crispy roast potatoes can be difficult to re-create at altitude, but our chefs have been working to make it happen, because we know that every British roast dinner should have them!”

This comes as BA is set to 'end short-haul routes from Gatwick Airport next year.

Instead, the airline is expected to launch a 'BA Lite' subsidiary to replace the flights, expected from spring 2022.