Britain’s most beautiful driving roads are revealed: Snake Pass in the Pennines, Loch Lomond to Glencoe and the Lake District are all named as Brits’ top places to go for a spin – but does YOUR favourite make the list?

Kendal to Keswick in the Lake District, Loch Lomond to Glencoe and the Coastal Way in Wales have been voted as Britain’s most beautiful drives, according to a new survey.

With half (48 per cent) of the nation planning to take at least two road trips this festive season, new research has revealed the country’s most awe-inspiring, breath-taking and peaceful routes to experience by car.

According to the study the glorious views from Kendal to Keswick (22 per cent) topped the poll, just beating Loch Lomond to Glencoe (22 per cent) in the Scottish Highlands into second place.

Following the A591 and stretching for 30 miles, Kendal to Keswick takes in some exceptional scenery including views of Lakeland fells and the banks of Windermere, while the scenic route from Loch Lomond to Glencoe takes in the stunning Argyll Forest Park, Loch Tulla and Loch Ba. 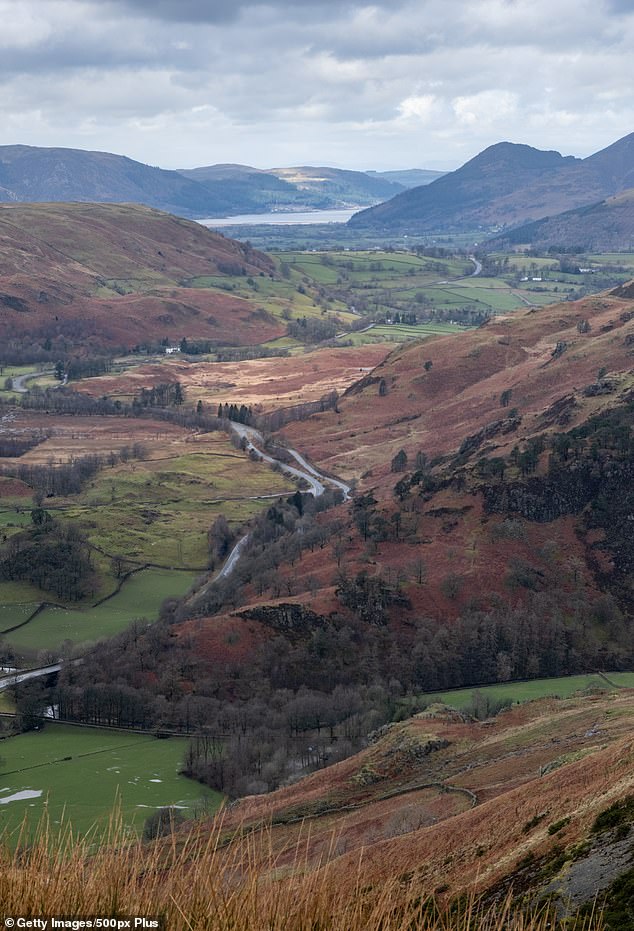 The Lake District has been described as the best driving road in Britain according to a survey of 2,000 motorists 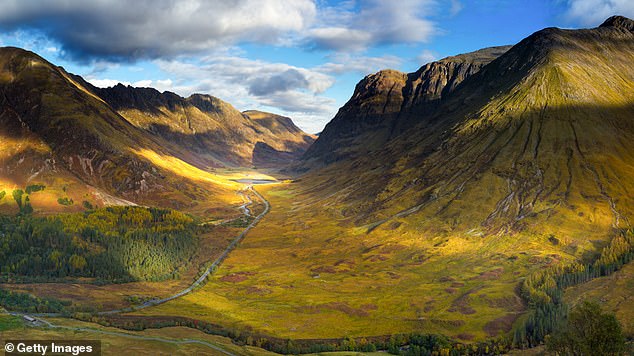 The historic Coastal Way in Wales came in third place (20 per cent), with Snake Pass in the Pennines (19 per cent), the winding road through Cheddar Gorge (19 per cent) and the journey around the New Forest (18 per cent) – which known for its peaceful scenery – also making the final list.

Llanberis Pass in Snowdonia, Wales (13 per cent) – which weaves between the mountain ranges of the Glyderau and the Snowdon massif – makes an appearance alongside The Causeway Coastal route in Northern Ireland (11 per cent) which provided the backdrop for Games of Thrones.

One in ten (10 per cent) thought the 28-mile-long Grade II* listed Ribblehead Viaduct in the Ribble Valley in North Yorkshire was a slice of calming heaven, while seven percent loved the rugged scenery from Cambridge to Hunstanton Cliffs.

Three quarters (74 per cent) of those surveyed agreed that the UK is home to scenic and beautiful driving routes with two thirds (61 per cent) saying that driving is one of the best ways to explore the country.

Three in four (74 per cent) feel calm and relaxed when driving through beautiful scenery.

It’s no surprise then that over half (59 per cent) prefer to take a scenic route to their destination rather than a boring motorway, even if it meant travelling further. Seven in ten (70 per cent) say that motorway driving completely soulless and boring.

A spokesperson for Drivalia, which commissioned the study of 2,000 drivers, said: ‘The UK is an amazing place to travel with so many beautiful driving routes on our doorstep. 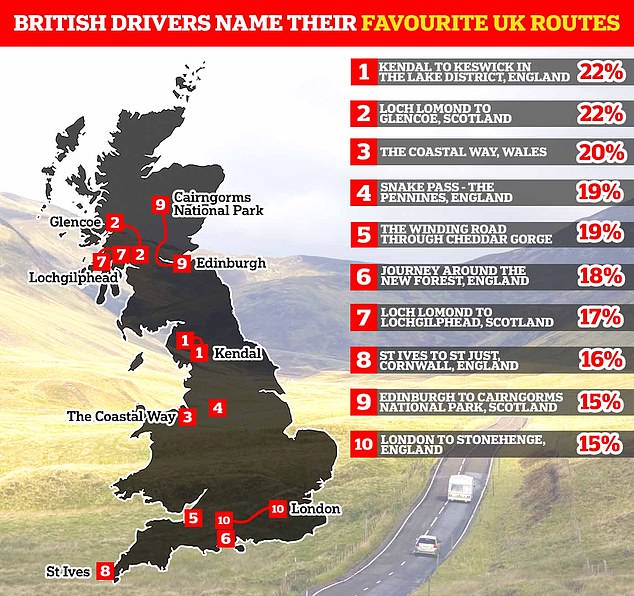 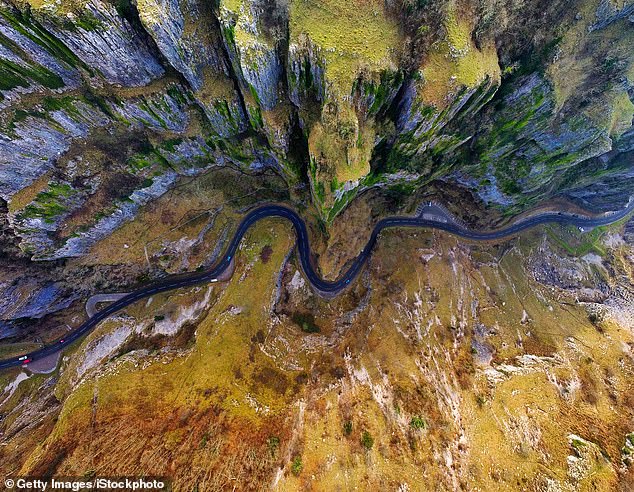 Cheddar Gorge in the Mendip Hills, pictured, is also an enjoyable road trip according to the survey

From the amazing rugged beauty of Scotland, the outstanding vistas of Wales, iconic backdrops in Northern Ireland and the wonderful journeys that stretch across the rolling scenery of England, the research shows that there are an abundance of beautiful places to stop, take a breath and enjoy the wonderful peace when driving around the country.

Travelling by car is one of the best ways to explore the country and with Drivalia, which has prime car rental locations nationwide, customers can choose from a huge range of first class vehicles to meet the needs of their journey.’

When it comes to the ingredients of a perfect road trip, snacks for the journey (57 per cent), great company (49 per cent), a fantastic playlist to listen to (46 per cent) and stopping at a pub for lunch (42 per cent) would all feature.

Stopping to break the journey up (41 per cent), having someone to share the driving with (38 per cent), a flask of tea or coffee (35 per cent) and a camera to capture amazing scenery (34 per cent) are also must haves. 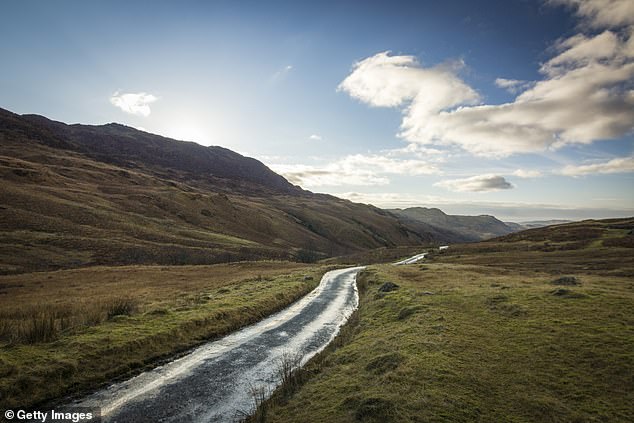 As a nation half (48 per cent) are planning to take a road trip for Christmas this year, with the average Briton jumping in the car at least twice throughout the festive period

As a nation half (48 per cent) are planning to take a road trip for Christmas this year, with the average Briton jumping in the car at least twice throughout the festive period.

Almost a half (43 per cent) admit that due to the rail strikes, they are looking to make alternative travel arrangements this Christmas, with a quarter (23 per cent) considering hiring a car.

Four in ten (43 per cent) felt that car rental would enable them to be in control of their journey, give them flexibility with their travel times (42 per cent) and allow them to avoid the crowds (41 per cent). A third (34 per cent) liked knowing that the car was clean, while a quarter (23 per cent) felt hiring a car was more eco-friendly than owning one.

Kendal to Keswick in the Lake District, England 22%

The winding road through Cheddar Gorge 19%

Journey around the New Forest, England 18%

The Cat and Fiddle (Buxton to Macclesfield), the Peak District, England 12%

The Road to the Isles (Fort William to Mallaig), England 9%

Belfast to The Gobbins, Northern Ireland 6%