LET’S be honest, this spring has been a washout. So Brits could hardly be blamed for being a tad nervous at the prospect of a wet summer of staycations.

Given that most of us are planning to stick to the UK for our holiday this year, we need the weather to play ball. 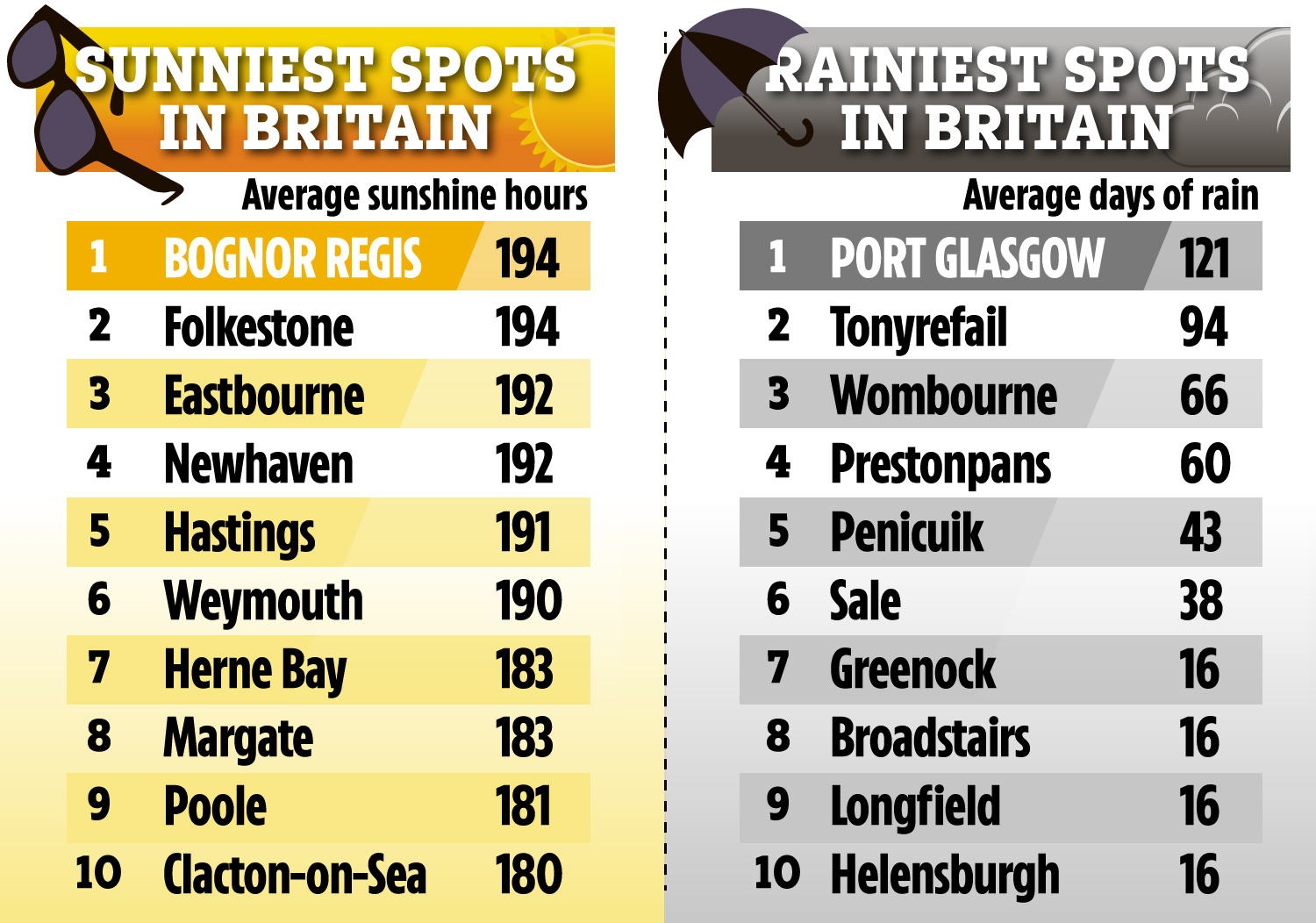 Thankfully, the people at Evans Halshaw have done some serious research and discovered the sunniest and rainiest spots in Britain.

If you still haven’t booked your break, it’s worth taking a look to work out where to stay.

The research has named Bognor Regis and Folkestone as the sunniest locations overall, achieving an average of 194 sunshine hours each month.

This was closely followed by Eastbourne and Newhaven in joint third place, with 192 sunshine hours. 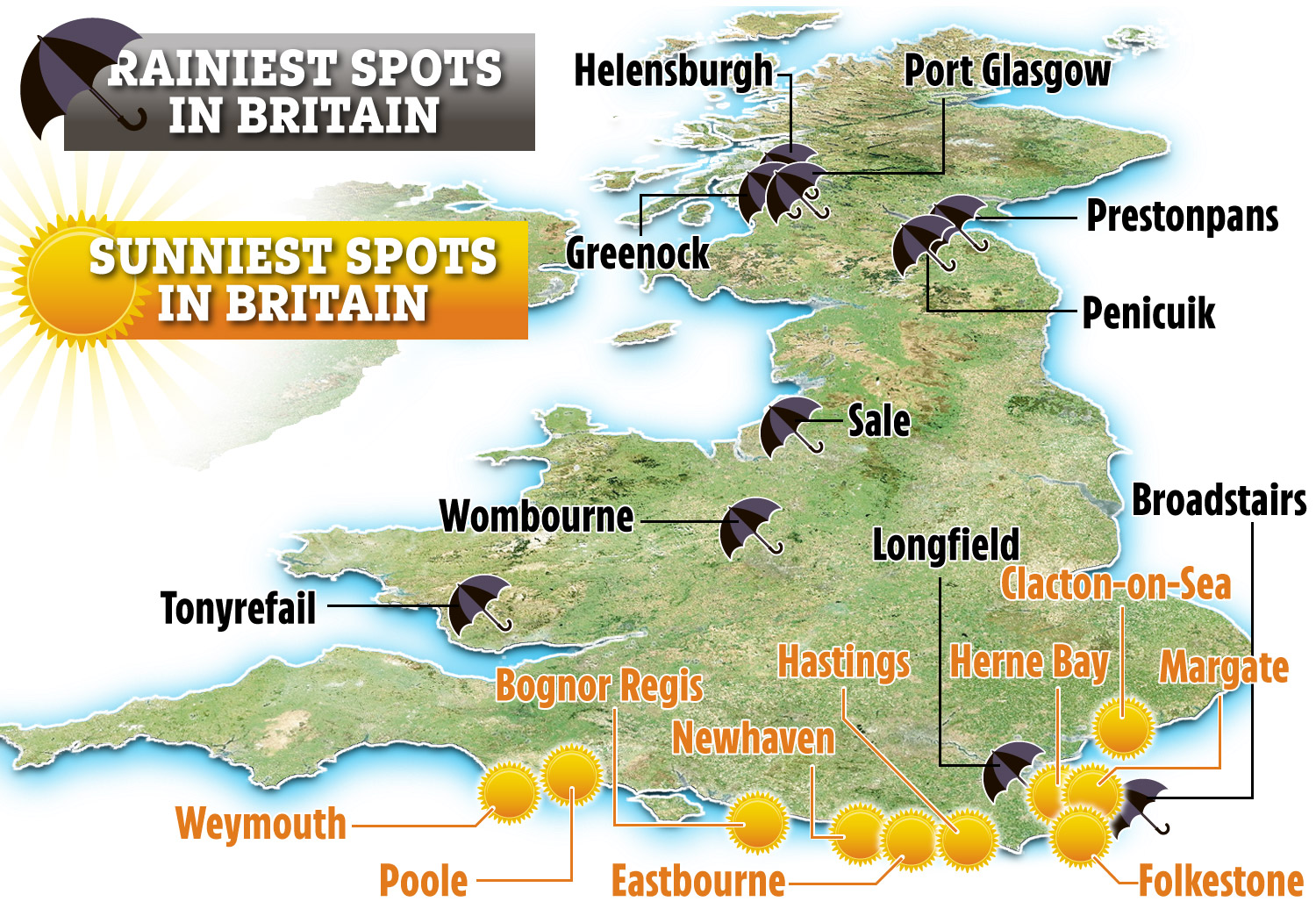 The data also uncovered the locations where Brits are most likely to be rained on during their break, with Port Glasgow topping the list of the wettest locations with an average of 121 days of rainfall each year.

It was followed by Tonyrefail in Wales and Womborne in England.

May has been a total washout and 2.1C colder than the daily average of 8.3C this time of the year.

It’s been cold and wet across the country for weeks and will stay that way for the next few days but a mini-heatwave with 24C temperatures is coming.

London and central parts of England could get as high as 23C (73F) – the warmest since the end of March during the Bank Holiday weekend – as showers finally make way for glorious sunshine.

Meanwhile, temperatures of 20C are predicted to hit the South East, North West and Wales.

The Met Office has pinpointed Sunday May 30th as the day to mark in your calendar as the day warmer weather breaks, with blue skies, no rain and warm temperatures predicted for that day and Bank Holiday Monday too.