AN AIRPORT worker has revealed where pets are kept during a flight – but some passengers were left stunned by the revelation.

The worker, who is an employee at Vancouver Airport, revealed the behind-the-scenes action on their TikTok account. 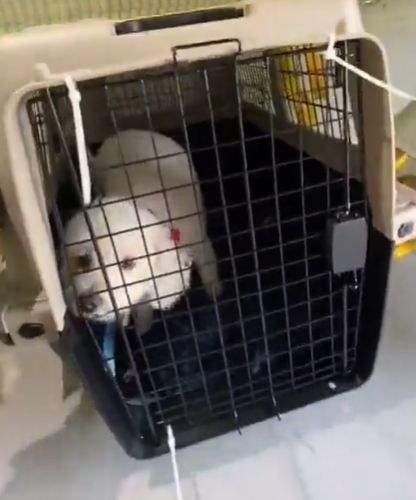 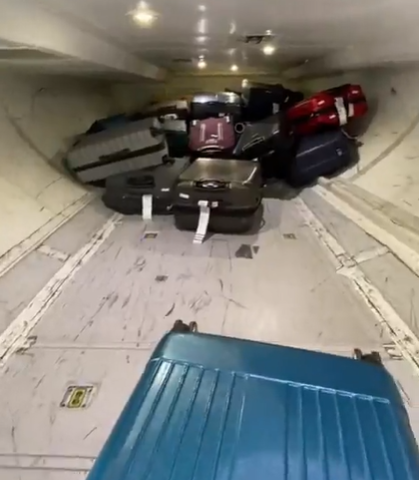 Going by the name Djsugue, he responded to one of his follower's questions: "Can you show us where you put dog cages please. I am planning to bring my dog with me but I am very scared."

In response, he showed a video of a dog in its cage which was in the hold compartment, strapped up ahead of take-off.

The video has since been viewed more than 6.7million times, but many animal-lovers were not impressed.

One person wrote: "This gives me such anxiety just thinking about how scared the dog feels."

Another person wrote: "If you put your pet in cargo you simply don't give AF about your pet."

Someone else joked: "I'd put one of my siblings under there before I put my dog."

Others said people were going too far, and that the animals were well looked after.

Someone explained: "Very confused as to why so many people are freaking out. No one does this for fun – it's to make sure you can move with your pet and not abandon them."

One person wrote: "Not y'all trying to cancel this. As a ramp agent myself we love your pets and always make sure they're okay and safe."

Another person added: "Hi, ramp agent here. This is the front of the jet. It is pressurized, heated and the lights stay on. Ramp crew love your pets and make sure they are safe."

The airport worker later explained that some airlines let owners put two dogs in one cage, so they have company, while another passenger said they had the cages facing each other when they moved.

One couple nearly flew with their dog in their suitcase – after finding he had hidden away while they were packing, only to find him at airport security.

Some airlines let passengers take their pets on board with them, although most will only allow this is if they are service dogs.

Airlines such as Lufthansa, KLM and TUI allow normal dogs into the cabin, although with size restrictions.

Here are some of the weirdest animals spotted on flights – including baby kangaroos and pigs. 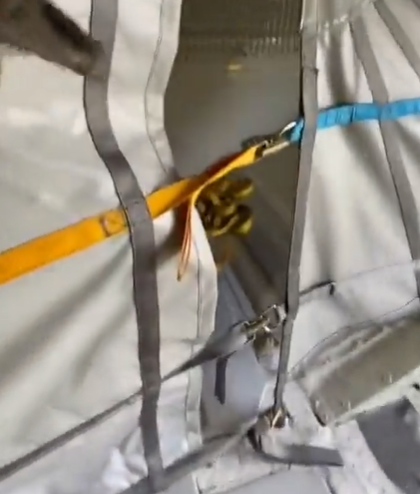 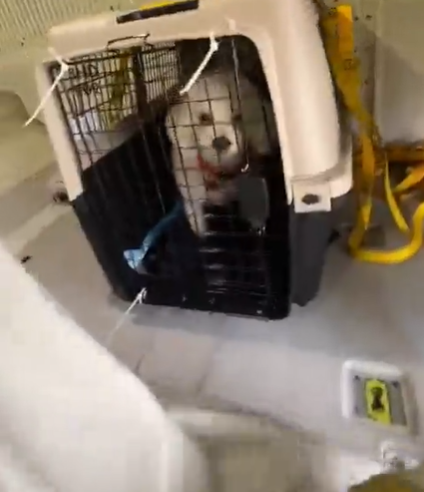