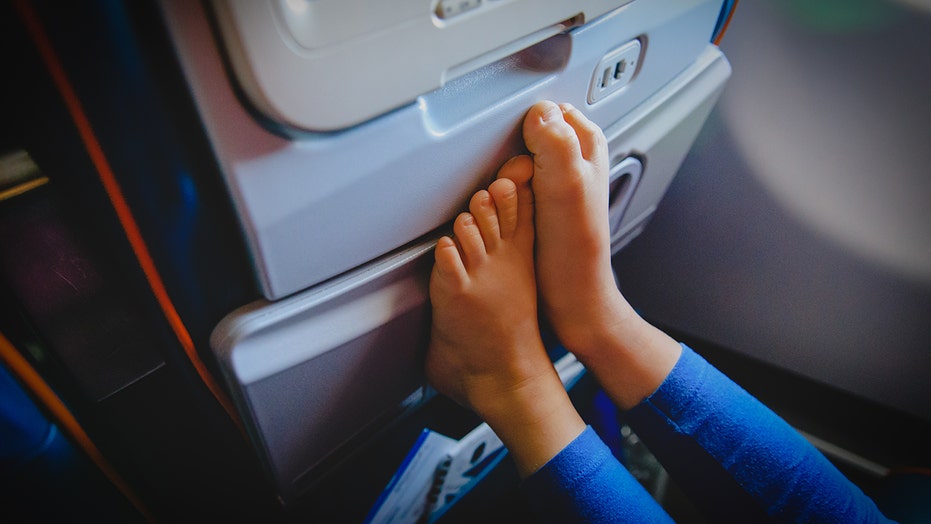 Of all the things not to do while on a plane, putting your feet on someone else’s headrest is probably near the top of the list.

A woman’s picture of an airline passenger doing just that has gone viral, with many online users left horrified and disgusted by the in-flight offense.

The image, posted to Reddit, shows an unidentified woman in a selfie with someone’s bare, slightly dirty, feet crossed on top of her headrest.

It is not clear what airline the photo was taken on.

FLIGHT DELAYED AFTER MAN SNEAKS ON PLANE, LOCKS HIMSELF IN BATHROOM

Reactions to the viral post were unanimous that resting your feet on someone else’s headrest is a complete violation. What’s more, many Reddit commenters offered up some hilarious ideas of what they would to remedy the situation.

“I think we should just ban other passengers,” one person wrote.

Another commenter said, “Barbwire the top of airplane seats, is what I’ve always said.” 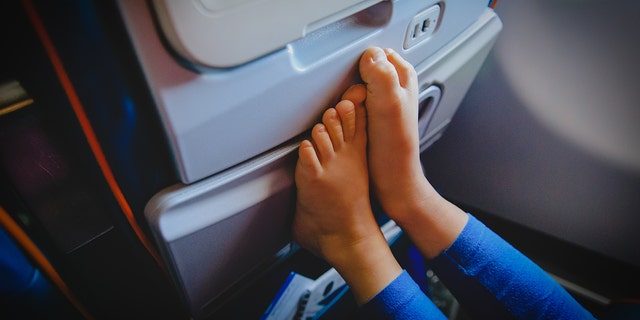 A woman’s picture of an airline passenger putting their feet on her headrest leaves many online horrified and disgusted by the in-flight offense. (Photo: iStock)

“I'd start just lightly scraping my fingers along the bottom of their feet. Make it as uncomfortable as possible …they'd never do it again to anyone on a plane,” one Reddit user said.

Some people were more diplomatic, suggesting they would simply inform the flight attendant and let the staff handle the situation.

Most, however, believed such a bold move deserved even bolder consequences.

“Fake a sneeze, and flick a bunch of water on their feet,” one person said. “You won't see them again.”