BRITS on holiday may face being forced into quarantine when returning to the UK, as air bridges could "collapse while they're abroad".

The full list of air bridge countries, which includes Greece and Spain, were announced earlier this month by the UK government.

Countries on the list are now considered "safe" for Brits to travel to, with the non-essential travel ban lifted and the two-week quarantine in the UK no longer required.

The list was initially due to be reviewed every three weeks – although this is now to change.

Instead, the government will use a "rolling review system" according to the Telegraph which could see countries put onto a "red list" meaning they are no longer safe for travel.

This could mean families on holiday face a mandatory two-week quarantine when back in the UK, which wasn't in place when they departed. 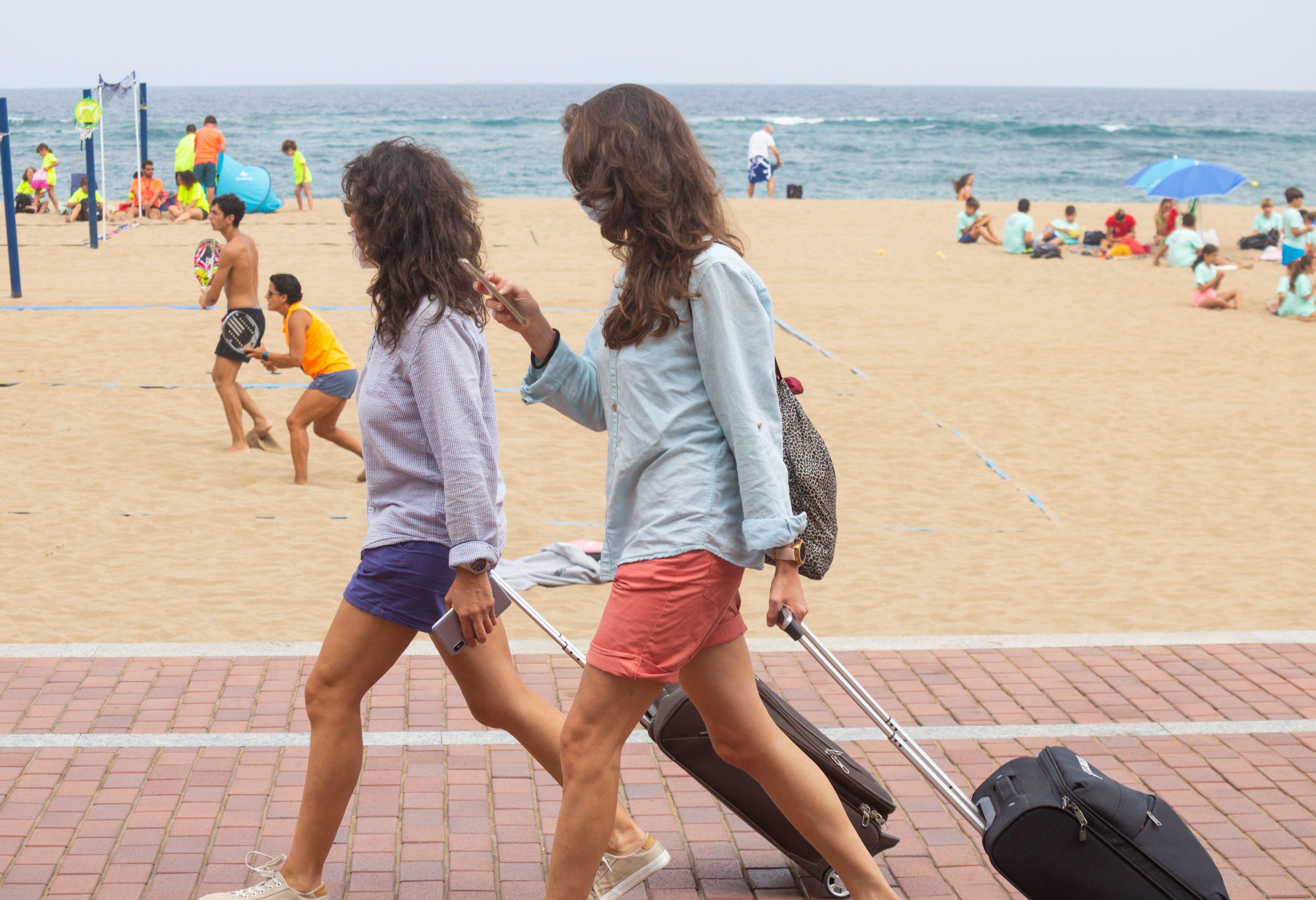 In Spain, Murcia has been forced back into phase one lockdown while other regions such as Barcelona and Majorca have made face masks mandatory in public spaces.

Two thirds of hotel bookings in Spain have been cancelled as tourists are put off by the country’s coronavirus spike.

Concerned families have abandoned their trips away after the holiday hotspot recorded more than 9,000 new Covid-19 cases in the last seven days.

Similar fears of lockdowns have been expressed in Italy, with a spike in Rome, and Greece, as cases rise again.

Portugal, which was left off the air bridge list, could be added to the safe list by Monday as regional air bridges are being considered.

Lisbon, which has seen a spike in cases and has been partially locked down, would not be included but the Azores and Madeira, where numbers are low, could be included.

A source told The Telegraph: "Regional air bridges are an option for countries with localised outbreaks."

Portugal officials have slammed the UK government for not allowing travel to the country, citing low cases.

Francisco Calheiros, president of the Portuguese Tourism Confederation previously said: “Algarve and Madeira are two places that Covid-19 is with a low expression, so I could not believe [reports of Portugal's possible exclusion].”