AN incredible water slide that rotates has just opened at a water park in Poland.

And it's good news for families on a budget – if you want to go try it for yourself, tickets to the attraction starts from less than £5 per person. 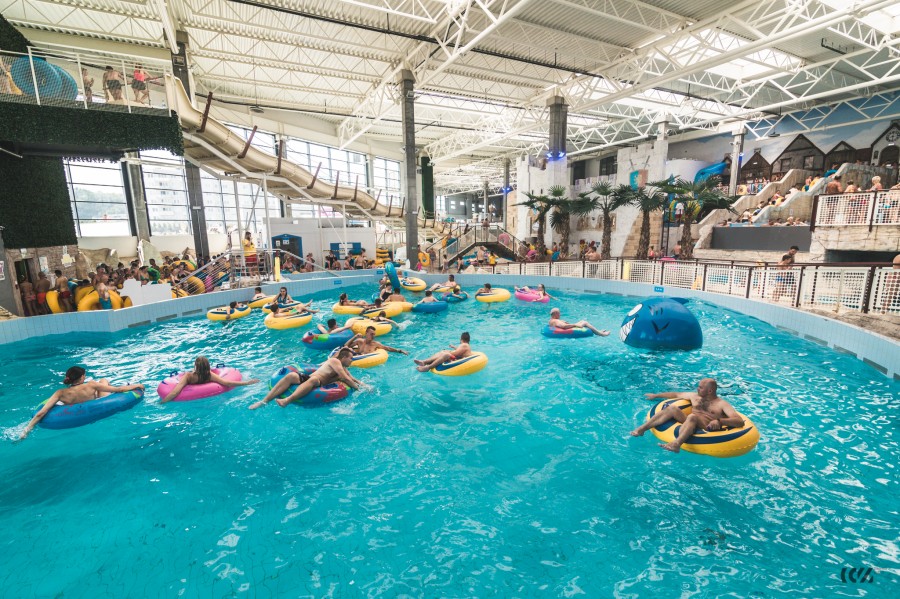 The 30m (98 ft) AquaSpinner at Aqua Park Reda, which opened earlier this month, bills itself as the first rotating slide in the world.

The only way to go down the slide is on giant rubber rings that are big enough for a group of four.

Unlike any other water slides, where you go straight down or in winding loops, guests on the AquaSpinner will go back and forth in a pendulum motion thanks to the way the top part of the slide continuously rotates.

According to the company, it will "make you feel there is no gravity". 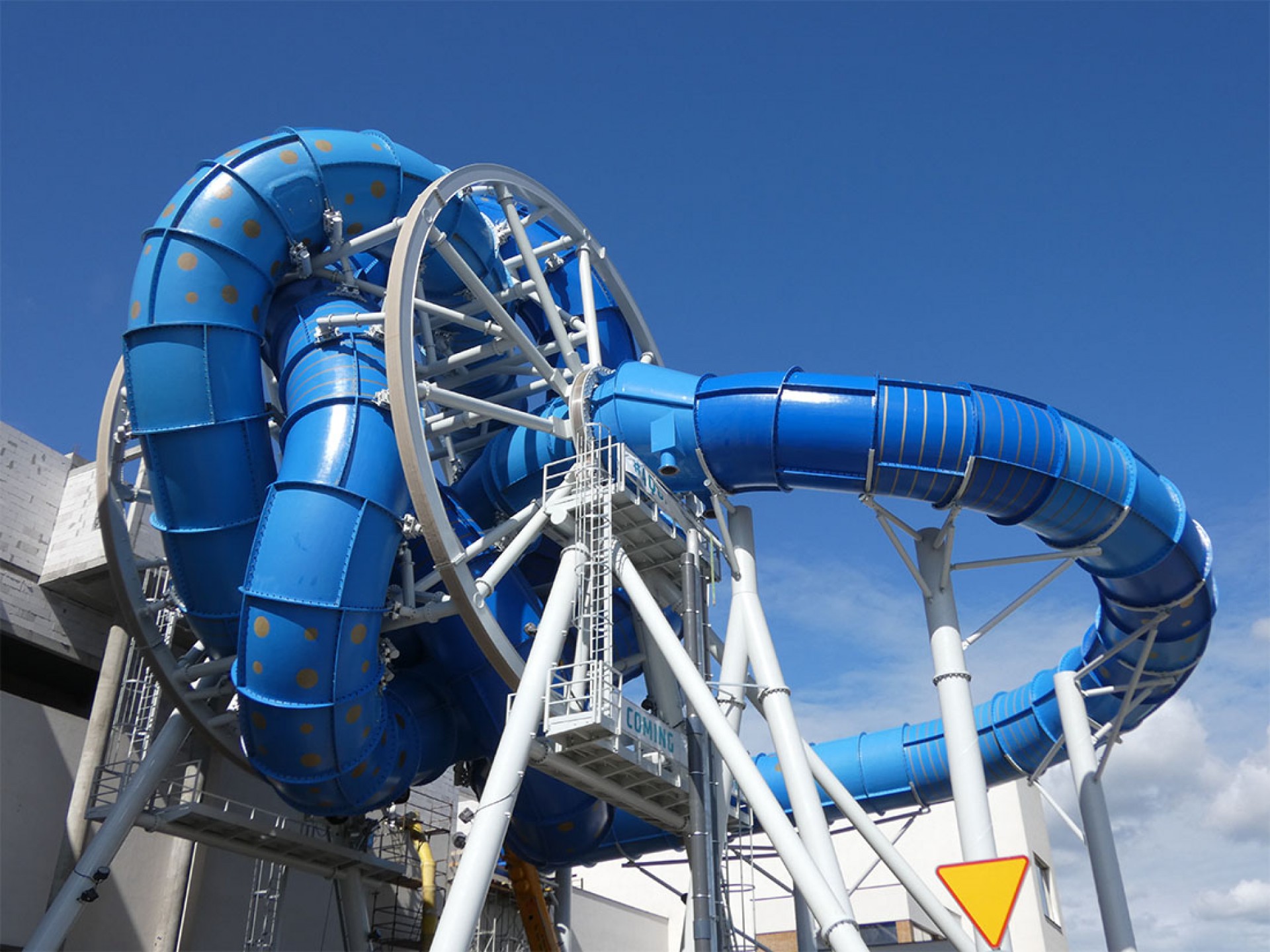 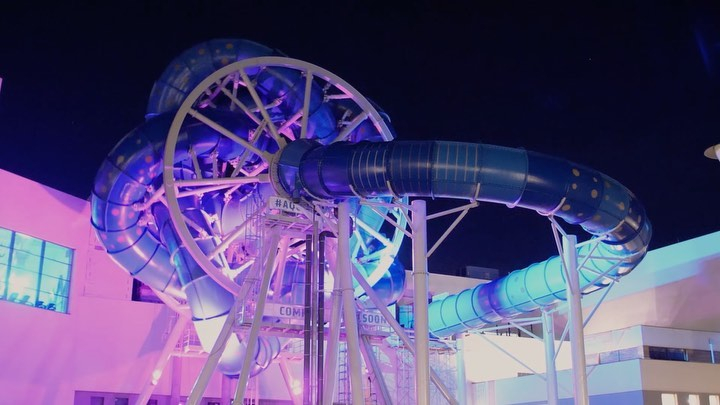 In footage of the slide in action, guests are seen on rubber rings, which are pushed into the slide by a conveyor belt.

Once inside, it quickly picks up speed as it goes down.

But as the slide rotates, the ring actually stops and goes backwards before going forwards again.

This happens several times before you complete the loop and finish the slide in a smooth ride.

Guests are able to reach a maximum speed of 40km/h while going through the mind-bending slide.

While the AquaSpinner is the star attraction, the water park is also home to another unususal attraction – its shark slide. 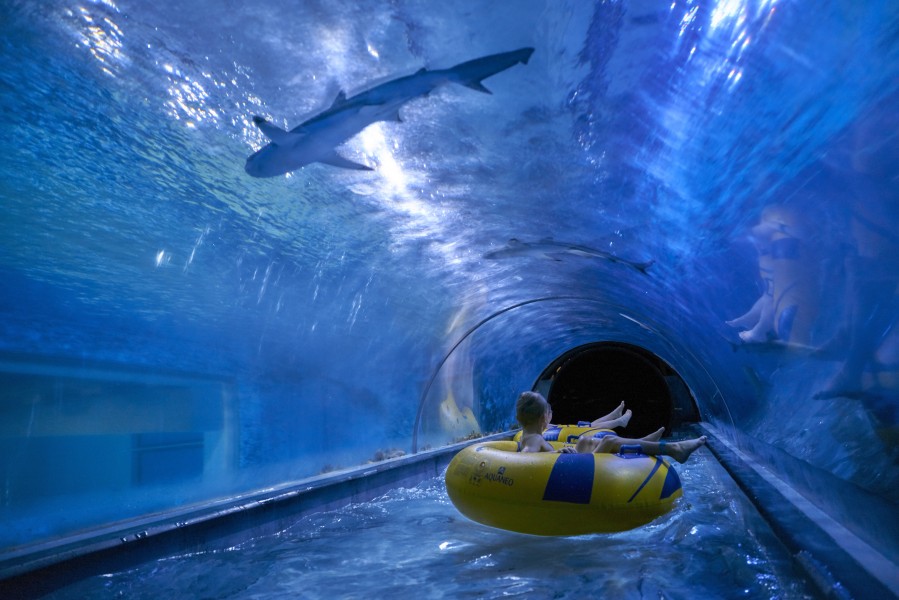 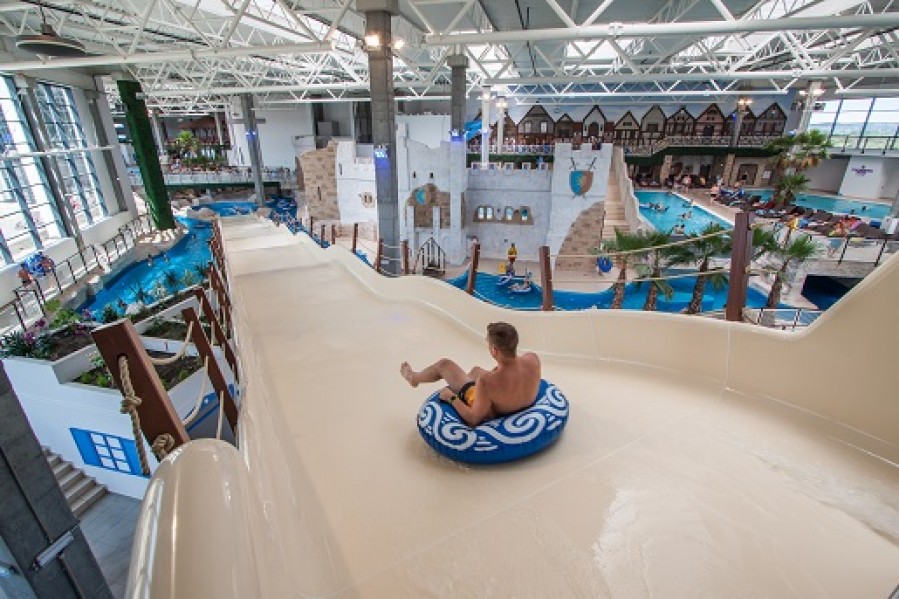 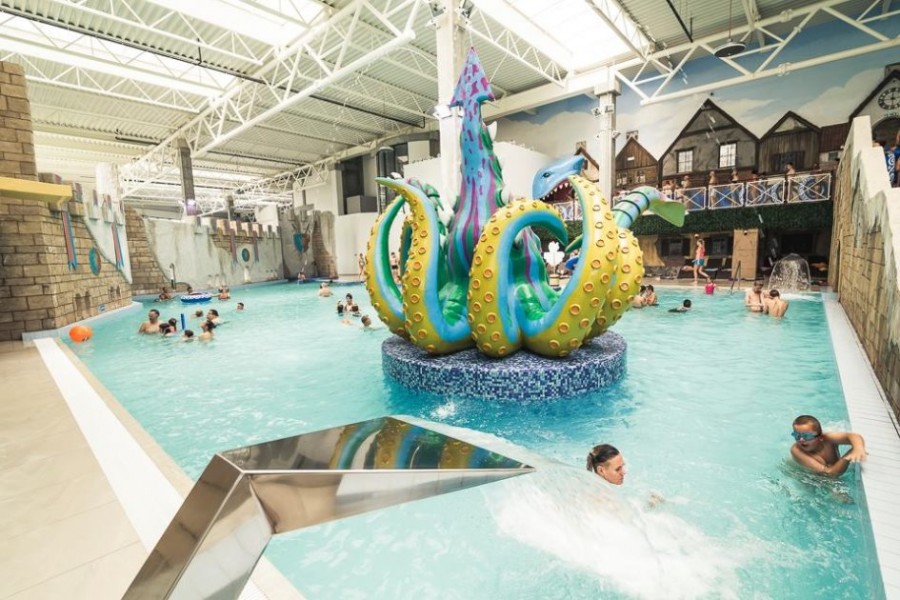 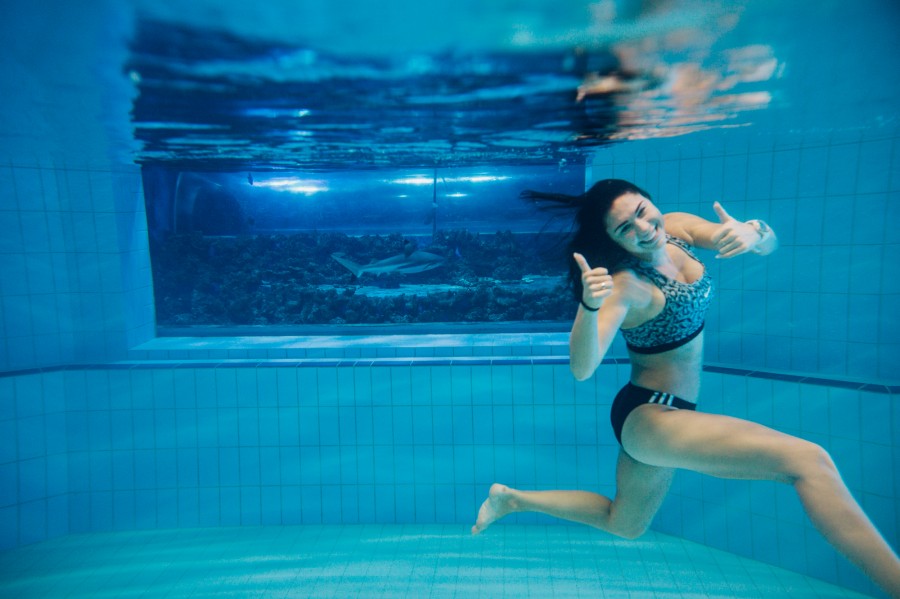 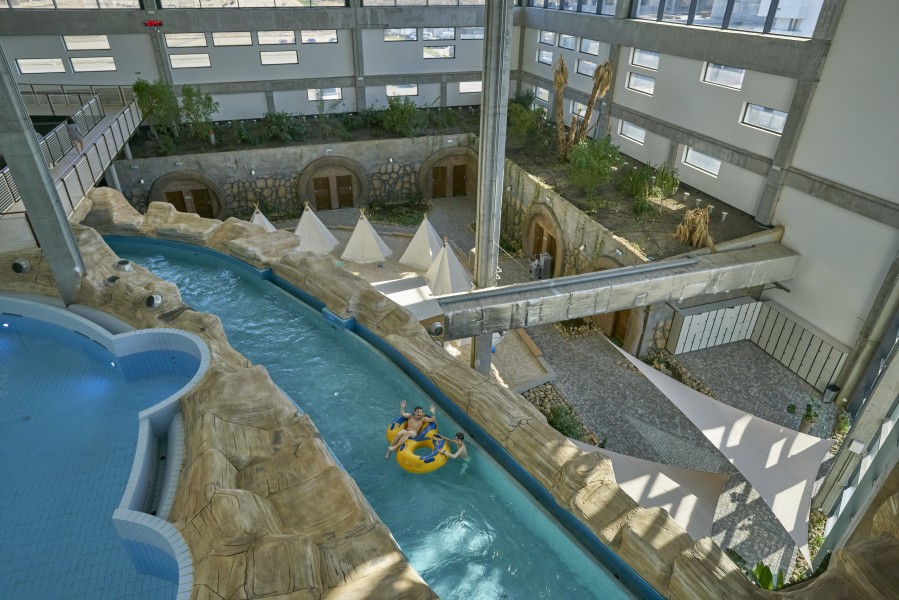 Guests can go down a 60m (197ft) lazy river that travels through a tunnel surrounded by sharks and other fish – and it's one for people of all ages.

Aqua Park also has a wave pool, a jacuzzi for 24 people, a lazy river around the entire water park and plenty of slides for smaller kids.

While for adults, they can choose between six different saunas, including one with walls made with sea salt, before cooling off in the ice cave.

There's even the possibility of booking a spa treatments. 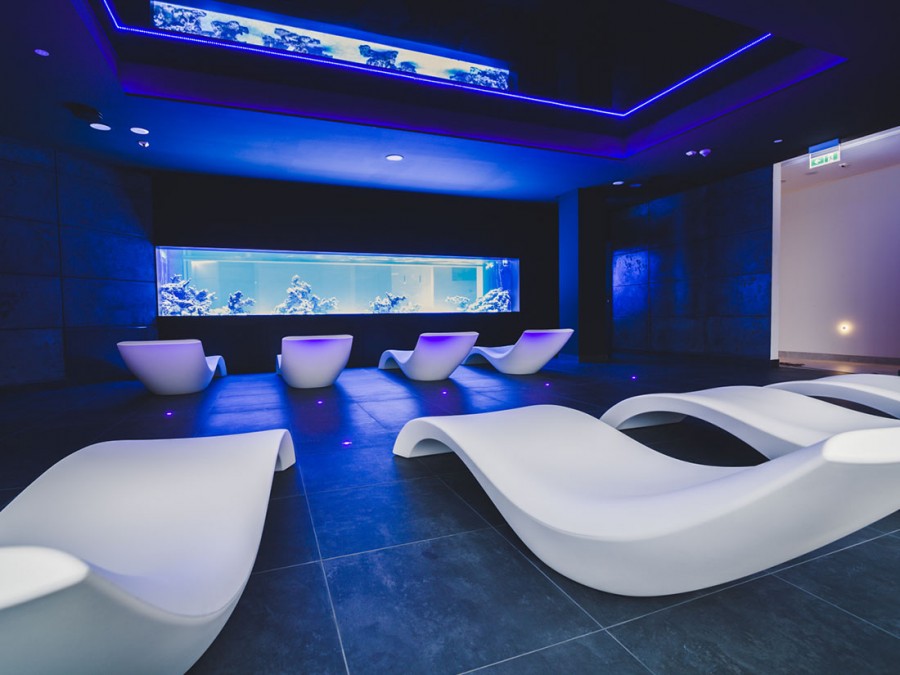 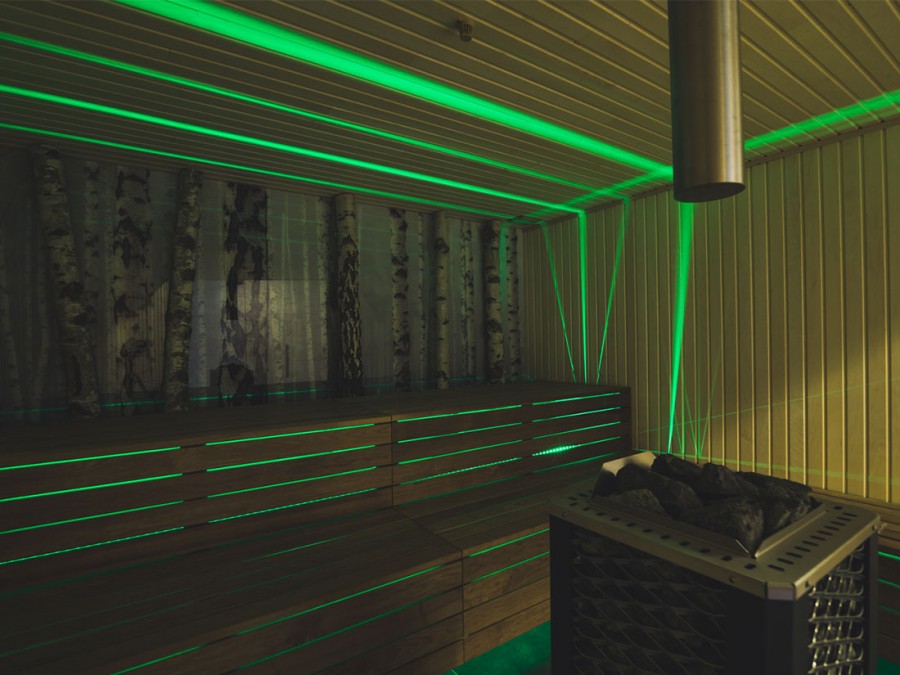 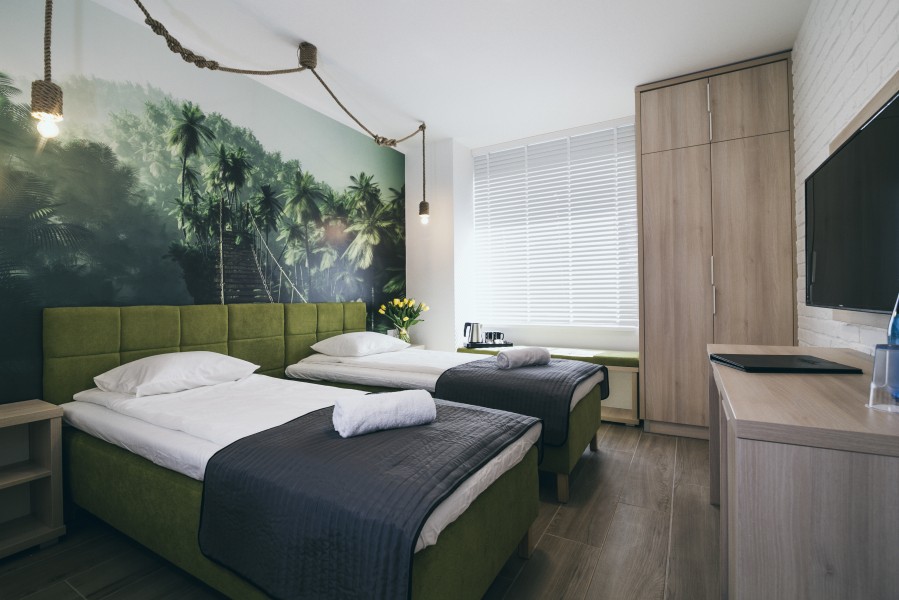 An incredible water park that's the size of five football fields has recently opened in Germany.

Another German water park has tropical temperatures year round and even has a beach where you can sun bathe.

While in the UK, a new water park has also opened in Coventry.