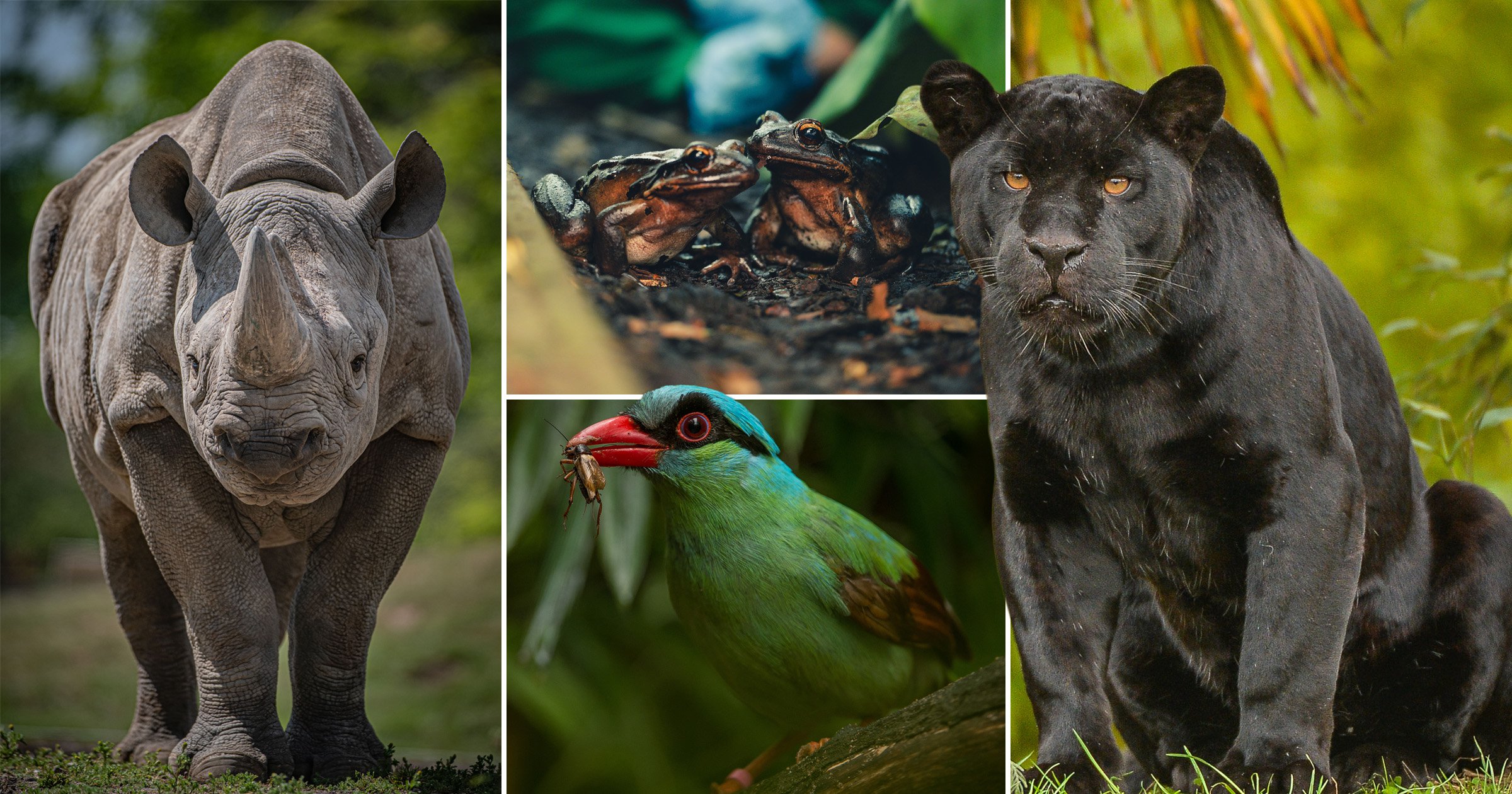 Chester Zoo has started cryogenically freezing tissue samples from its most endangered animals in a bid to save them from extinction.

Small tissue samples taken from the ovaries, testicles and ears of animals that have passed away at the zoo are extracted by scientists.

Using state-of-the-art technologies, these samples are then cryogenically frozen at temperatures of -196°C using liquid nitrogen.

Scientists believe that as reproductive technologies advance in the future, these frozen samples may be used to conserve endangered species globally.

They could end up generating sperm and eggs for assisted reproduction methods like artificial insemination.

Dr Sue Walker, Head of Science at Chester Zoo, said: ‘With gene pools and animal populations continually shrinking in the wild, the work of modern conservation zoos like ours has never been more important.

‘Technologies, such as cryopreservation, offer us a new, critical piece of the conservation puzzle and helps us provide a safeguard for many of the world’s animals that, right now, we’re sadly on track to lose.’

They will be stored at Nature’s SAFE, one of Europe’s largest living biobanks which is dedicated to preserving and regenerating tissue and cells from the planet’s most at-risk animals.

The Shropshire-based charity specialises in harvesting post-castration epididymal semen from multiple species. This refers to the extraction of sperm cells from the testicles post-castration of the animal – whether castration is for breeding control purposes or following death of the animal.

The technique provides a valuable means of capturing and preserving semen samples from endangered species that would otherwise be lost.

Once extracted, the semen undergoes specialised processing to enable its cryopreservation. In the future, the semen can then be thawed out and used to establish pregnancies via assisted reproductive techniques.

Methods to collect mature egg cells from ovaries are also being developed by researchers at the biobank to permit female reproductive cell preservation.

For situations where preservation of sperm and egg cells is not possible, Nature’s SAFE cryopreserves ovarian and testicular tissue. The tissues can be thawed and cultured to produce egg and sperm cells.

The researchers are also using pioneering techniques which will see skin cells turned into ‘naïve cells’ that can be transformed into any type of cell – including sperm and eggs.

These can then be used in endangered species breeding programmes to help conservationists restore genetic diversity in animals threatened with extinction.

Multiple cell types from more than 100 highly threatened animal species have already been successfully cryopreserved by the charity.