The next week could be an important one for anyone who uses Windows 10, with Microsoft looking certain to launch its blockbuster May 2020 update sometime this week. This major upgrade has been in development for months but rumours suggest that Microsoft is finally ready to push it out to the public.

Sadly there’s no official word on when you’ll see it arrive on your PC but we may have a pretty good idea of Microsoft’s plans. As spotted by the team at Windows Latest, it seems Microsoft has already let slip the official release date with it appearing in its Driver Shiproom Schedule.

According to that document, we should see the May release arriving anytime between May 26 – May 28, 2020. This launch date matches up with another report from ZDNet’s Mary Jo Foley who recently reported that the May 2020 launch was moved from a date earlier in the month to Thursday, May 28.

We will have to wait and see what happens but it’s worth making sure you keep checking for updates if you want to be one of the first to get this very latest OS on your PC.

The May update will bring plenty of nice features to devices including the option to make things passwordless and a new feature that will allow users to change the colour and size of the text cursor indicator. 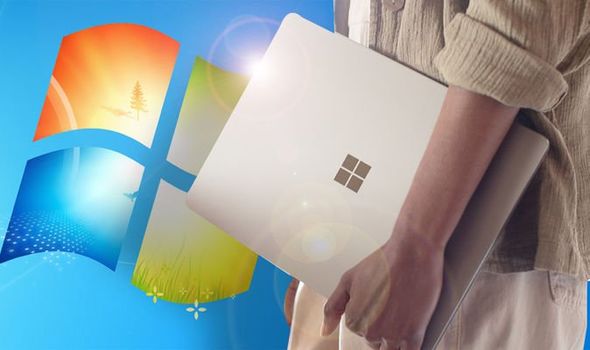 Cortana sees some of the biggest changes in the May 2020 Update. No longer cooped-up in the taskbar – like in the earliest versions of Windows 10, Cortana can now be moved and resized like any other windowed application.

Windows Search has also been improved with it now able to check your spelling mistakes. Not only that, but the Quick Search feature can also help you find information from the web like the latest weather forecast in a new user interface.

Windows 10 users have been teased about another major feature the update will be bringing. In a post online, Windows Latest revealed one functionality the May 2020 update will boast and it’ll be greatly welcome by PC fans running older hardware.

Their tests revealed that Microsoft is making changes with the major, upcoming patch that will make Windows 10 run faster on some hardware.

So, if you don’t have a faster solid-state drive installed on your laptop or desktop then you should find the next Windows 10 update helps to speed up your machine.